A Story That Must Be Told!

Regardless of our reasons in the past, let’s make sure we honor the Lord’s wishes in this circumstance and others like it. 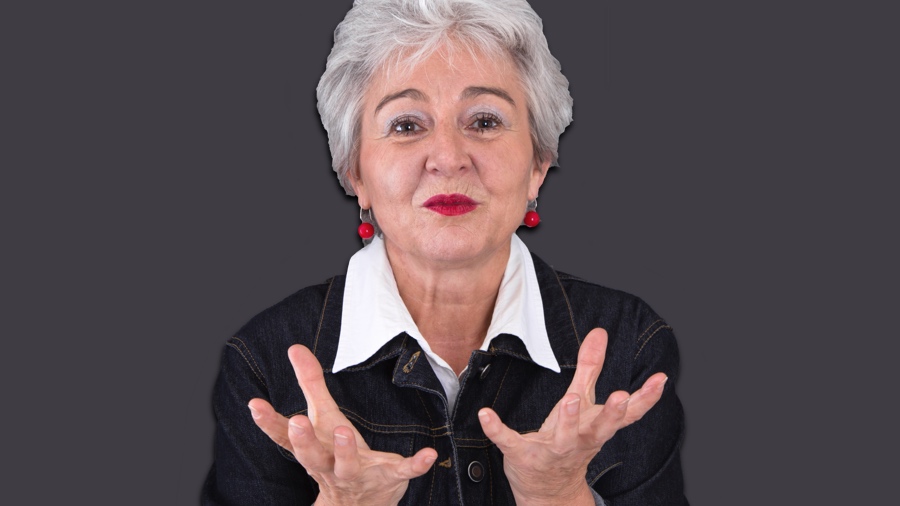 “Why…?” she repeated, letting her one-word question hang in the air with both exasperation and expectancy. Once she had my full attention, she presented her full question to me with great earnestness:

Phil, why, in all my years of going to church, have I never heard a sermon on this woman with the alabaster jar? After all, Jesus said, “I tell you the truth, wherever the Good News is preached throughout the world, this woman’s deed will be remembered and discussed” (Mark 14:9 NLT).

How would you answer her question?

Standing before me was a godly woman in her seventies. She could not recall hearing a sermon about the woman with the alabaster jar and her extravagant gift, ever. Yes, she had heard something on the sinful woman from the city (Luke 7:36-50), but not this one — not one tied to preaching the good news everywhere.

I must confess, in four decades of preaching, I can only remember preaching on this passage when the focus was on giving — not faith, not the Lord’s passion, not evangelism, not the faithful women that surround and fill the stories of the Lord’s Passion, and certainly not in a series of great heroes of faith.

Hmm? Why? When the Lord said:

I tell you the truth, wherever the Good News is preached throughout the world, this woman’s deed will be remembered and discussed. 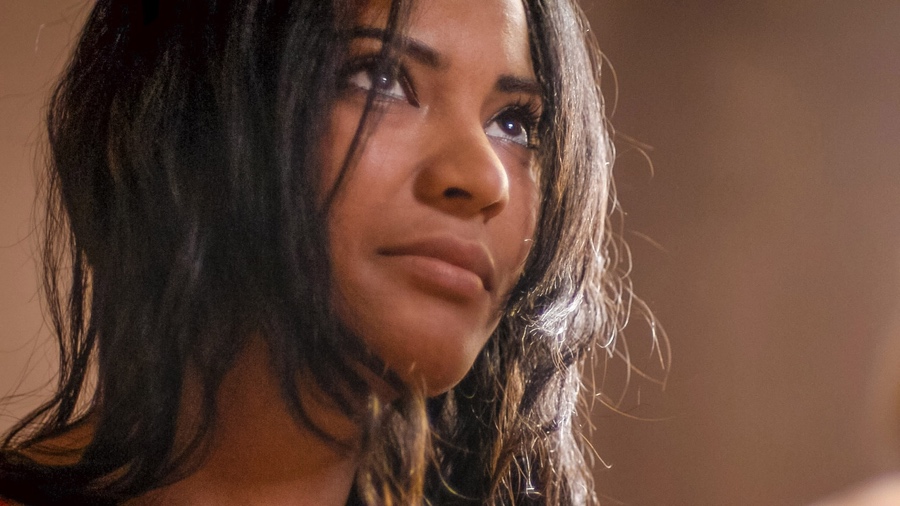 Much of what this series has shared about the contribution of women in the Scriptures[ONE] is unknown to many who have gone to church for years. Each week as we’ve shared these messages about what women did in the early church, some people didn’t want to hear about them. A few people unsubscribed because they didn’t like these stories about women. These stories didn't match what they already believed about the role of women in God's plan:

What about the two silence passages in the New Testament? Shouldn’t we obey those? Why not just quit focusing on these stories of women that don’t fit?

However, if these two so-called silence passages (1 Corinthians 14:34-40; 1 Timothy 2:9-15) do not match what we know occurred in the gatherings of early followers of Jesus, could it be that we have been misreading or misapplying these passages?

That's our question for next week. This week, regardless of how we interpret those passages on silence in the church assemblies in Ephesus and Corinth, we must not neglect to tell the stories of our heroes of faith — whether those heroes are women or men, young or old. Certainly, we must not neglect this story because Jesus said:

“I tell you the truth, wherever the Good News is preached throughout the world, this woman’s deed will be remembered and discussed.”

So today, let's focus on this beautiful story about extravagant love. Only the hardest hearts are untouched by this unnamed woman and her tender gift. Jesus insisted that we not mute the beauty of her loving generosity:

It was now two days before Passover and the Festival of Unleavened Bread. The leading priests and the teachers of religious law were still looking for an opportunity to capture Jesus secretly and kill him. “But not during the Passover celebration,” they agreed, “or the people may riot.”

Meanwhile, Jesus was in Bethany at the home of Simon, a man who had previously had leprosy. While he was eating, a woman came in with a beautiful alabaster jar of expensive perfume made from essence of nard. She broke open the jar and poured the perfume over his head.

Some of those at the table were indignant. “Why waste such expensive perfume?” they asked. “It could have been sold for a year’s wages and the money given to the poor!” So they scolded her harshly.

But Jesus replied, “Leave her alone. Why criticize her for doing such a good thing to me? You will always have the poor among you, and you can help them whenever you want to. But you will not always have me. She has done what she could and has anointed my body for burial ahead of time. I tell you the truth, wherever the Good News is preached throughout the world, this woman’s deed will be remembered and discussed” 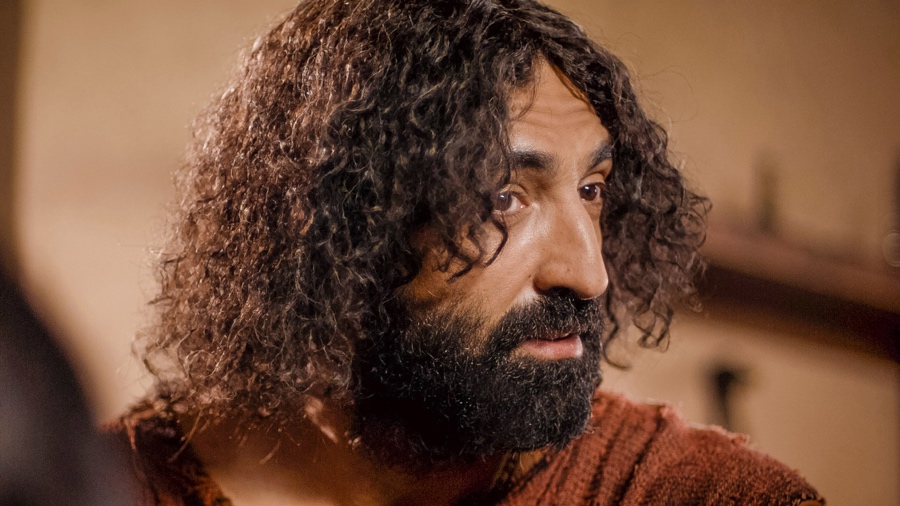 What do you remember most about this story after your casual reading?

What strikes you as the most important emphasis of this story?

What grabs your heart about this woman and her gift?

What grabbed the heart of my questioner, and what now grabs my heart, is Jesus' statement:

“I tell you the truth, wherever the Good News is preached throughout the world, this woman’s deed will be remembered and discussed.”

Jesus forever ties this woman, her gift, and this beautiful story to the good news of his Passion.

What’s more, this is the second story in the shadow of Jesus’ impending Passion where we find a woman that Jesus praises. She, too, is presented to us as an unnamed hero and a great example of extravagant generosity:

Jesus sat down near the collection box in the Temple and watched as the crowds dropped in their money. Many rich people put in large amounts. Then a poor widow came and dropped in two small coins.

Jesus called his disciples to him and said, “I tell you the truth, this poor widow has given more than all the others who are making contributions. For they gave a tiny part of their surplus, but she, poor as she is, has given everything she had to live on”

As Jesus faces his impending betrayal and abandonment by his male disciples, he intentionally points us to two women as examples of generosity and love. They prepare our hearts for the extravagant gift that Jesus is about to give us when he gave all he had for us! These two unnamed women also foreshadow “the women” who remained faithful to Jesus through Judas’ betrayal, Peter’s denials, abandonment by all of his male disciples, trials before Herod and Pilate, his crucifixion before a mocking mob, his burial in a borrowed tomb, and his resurrection from the dead. While the men are fearful, the women are faithful. While the men hide, the women help each other prepare Jesus' dead body for burial. While the men are behind locked doors in an upper room, the women find the tomb empty and meet the resurrected Lord on that resurrection Sunday morning.

Somewhere in all of this, isn’t there a message we need to hear today? Jesus insists that there is something in this story directly tied to the message of good news we are to share with the lost world. 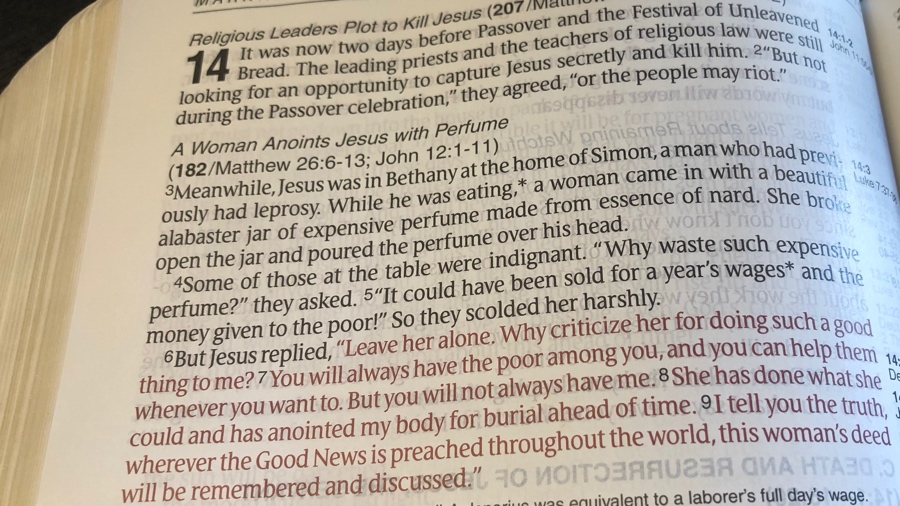 Throughout the story of God’s work among his people, both in the Hebrew Bible and in the stories of the early church, we have all too often left out the stories about the contributions of women of faith. After the children's curriculum in Sunday school, all but a few these stories vanish from our public proclamation. Outside of women’s Bible studies, Beth Moore conferences, and books for women, our preaching and teaching in mixed groups too seldom proclaims the great heritage of faith found among godly women.

Could it be because men do most of the presenting, and they accidentally overlook them because they are not women and don’t relate as closely to these stories of faith?

Could it be because we genuinely don’t always know how to have women do comparable things today and are trying to honor the Scriptures?

Could it be that many of our women servant heroes today are like these women — extravagant in their demonstrations of love while choosing to be unnamed while they offer their gifts to Jesus?

Regardless of our reasons in the past, let’s make sure we honor the Lord’s wishes with this story of extravagant love and others like it. Let’s make sure we recognize the contributions of our faithful, sacrificial, and loving women servants! Without them, our story of God’s people omits half the story of his work among women and men. Without the stories of our sisters and their predecessors of faith, Jesus’ good news is incomplete. Our messages of hope for the lost world are missing massive chunks of truth that the Lord wants to provide a world sorely in need of genuine heroes, both male and female.

Regardless of how we understand the silence passages — that we will examine next week — lets at least agree to this:

After all, Jesus said:

I tell you the truth, wherever the Good News is preached throughout the world, this woman’s deed will be remembered and discussed.

[TWO] This post is part of a multi-week series on the value of women in the eyes of God as revealed in the Scriptures and the ministries of Jesus and the early church.

"A Story That Must Be Told!" by Phil Ware is licensed under a Creative Commons License. Heartlight encourages you to share this material with others in church bulletins, personal emails, and other non-commercial uses. Please see our Usage Guidelines for more information.