Made to Be Complements

In the Lord, we are called to complement, complete, and bless each other so that each can be what she or he is created by God and re-created in Jesus to become! 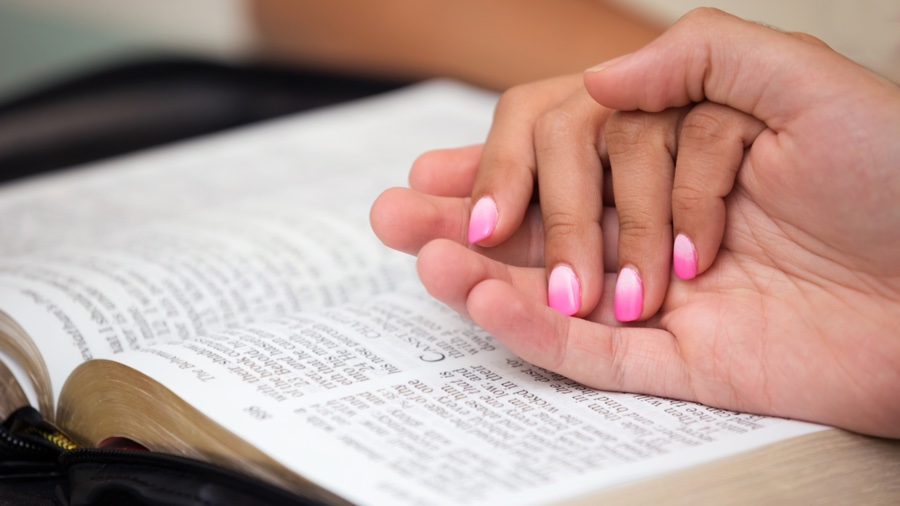 Special Note:
This is the second installment of a multi-part series re-examining the Scriptures focused on how God places great value on each and every woman. If we are ever going to move beyond treating women as second-class human beings, we have to begin by restoring God's emphasis on the sacred value of each woman. That means a fundamental change in our perspectives on women, vocabularies about women, and our treatment of women. In the aftermath of such destructive abuse of women across every level of modern society, those of us who claim to be Jesus' disciples must lead the way in demonstrating God's value for both women and men. Read last week's message: Of Sacred Value.

The woman was made of a rib of the side of Adam. Not made out of his head to rule over him nor his feet to be trampled by him. But out of his side to be equal with him, under his arm to be protected and near to his heart to be loved of him.

All of us like compliments, especially when we feel that those compliments are well deserved. A sincere compliment gives us confidence and motivates us to try harder. A genuine compliment lets us know that we are on target with what we are doing. A specific compliment helps us realize that we have brought someone else delight in what we did for them. We like compliments.

While we all like a compliment, most of us also need a complement.* I'm not talking about nice things said about us or something we've done. Instead, I'm talking about a co-worker, a team member, or a spouse who is more than just a partner. A partner walks alongside us and joins in our work, our victories, our sorrows, and our dreams. However, a partner who is our complement is all of these things and more. Our complement is the missing piece in our puzzle of two pieces, our missing skillset in the tasks we must complete, the counterbalance to our over-emphasis in one area, our encourager in our dreaming, and the person who fills in the gaps in our soul as we journey through life. Our complement makes us better than we can be on our own. Together, we make each other better, and we fill in the missing pieces in each other's lives.

God declared this truth about the first human:

It is not good for the man to be alone, so I will create a companion for him, a perfectly suited partner (Genesis 2:18 The Voice).

Adam needed a complement. Despite the beauty of creation and having an important job to do, the man's life was incomplete and noticeably lacking. So God made Eve as Adam's complement. She was not only created in the image of God like Adam (Genesis 1:26-27), and created of the same material as Adam (Genesis 2:21-23), but she was also created to be a complement to Adam (Genesis 2:18) — "a companion for him, a perfectly suited partner," a "helper" who was "suitable" (Genesis 2:18 NIV), and "just right" for him (Genesis 2:18 NLT). (While Matthew Henry's quote doesn't come from Scripture, I believe it poetically reflects part of the intent of Genesis 2.) 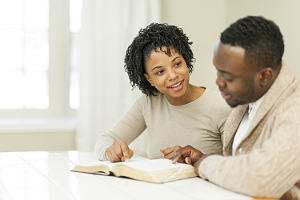 The beauty of the Holy Spirit's account of the creation of woman is breathtaking. This account is foundational for how we should view a woman biblically. She is part of the fabric of God's great creative intention — what the Creator intended before sin and the Fall had ripped apart what God had carefully designed. Unfortunately, Satan has used sin to pit man and woman in a once grace-filled dance now marred by deception, sin, blame, hiding, and regret.

Rather than focus on the havoc achieved by Satan in man and woman relationships, Jesus redirects our focus back to the Creator's desire for them. Before Jesus would answer a question about divorce, he pointed to the Creator's intention for them, not some lowered estimate because of sin and the hardness of human hearts:

"Haven't you read... that at the beginning the Creator 'made them male and female,' and said, 'For this reason a man will leave his father and mother and be united to his wife and the two will become one flesh.'" Matthew 19:4-5).

As a new creation in Christ, we are not to look on any person from a "worldly point of view" because we are new creations in Christ; the God's creative intent should shine through us (2 Corinthians 5:16-21). This theme of being re-created in Christ was important to Paul (Ephesians 2:10; Ephesians 4:24; Colossians 3:10) and finds a new definition in Christ. This new definition describes what being in Christ means for every baptized believer:

There is neither Jew nor Gentile, neither slave nor free, nor is there male and female, for you are all one in Christ Jesus (Galatians 3:28).

As we will see in a few weeks, this restoring of the Creator's intent is a major theme of God's new covenant people formed by Christ, born on the day of Pentecost, celebrated in what happens in baptism by faith, and very much aligned to the prayer Jesus taught his disciples to pray:

Our Father in heaven,
hallowed be your name,
your kingdom come,
your will be done,
on earth as it is in heaven (Matthew 6:9-10).

Focus on those words underlined for emphasis. God wants us to be the community where his will brings the dawn of a new humanity restored back to the Creator's design! 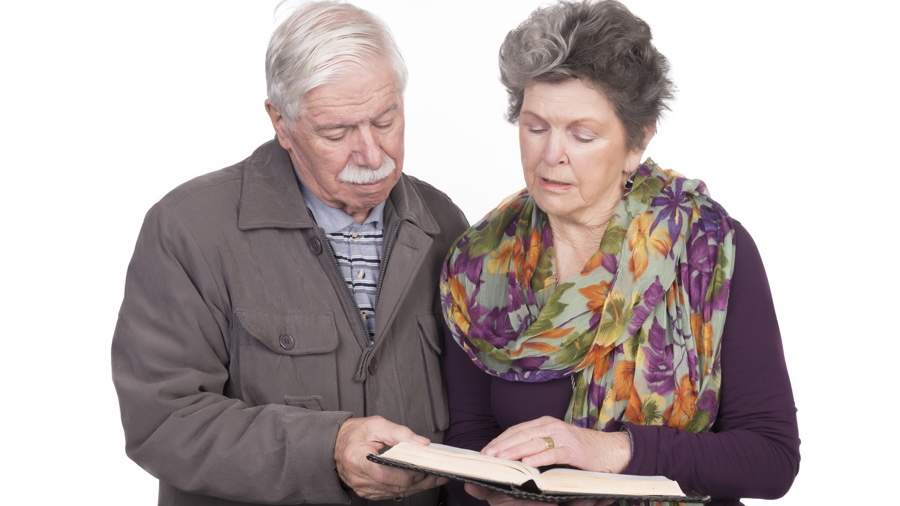 For today, let's hang on to these basic truths:

Each person is precious and sacred to God because both male and female are made in the Creator's image.

Both male and female are made of the same "stuff" and it is shared "stuff" — one is not more important than the other!

Each is made specifically by the Creator's design to perform his or her complementary role for the other — they both need the other to be all they were created to be.

The beauty of the Holy Spirit's account of the creation of woman is breathtaking.
The Fall brought deception, sin, blame, hiding, and regret into relationships between a man and a woman.

Our re-creation in Christ Jesus has called us back to God's creative intent for both man and woman — to value each other as the different, beautiful, meaningful, and necessary complement to his or her life.

Adam's words of rejoicing, along with the commentary of Genesis, say the truth very beautifully:

"At last, a suitable companion, a perfect partner. Bone from my bones. Flesh from my flesh. I will call this one 'woman' as an eternal reminder that she was taken out of man."

Now this is the reason a man leaves his father and his mother, and is united with his wife; and the two become one flesh. In those days the man and his wife were both naked and were not ashamed

To this divine beginning, Paul reminds us of our re-beginning as new creations in Christ:

Nevertheless, in the Lord woman is not independent of man, nor is man independent of woman. For as woman came from man, so also man is born of woman. But everything comes from God (1 Corinthians 11:11-12)

We are made to be complements, not competitors. We are made to bless and fulfill each other, not to dominate, intimidate, or repudiate each other. In the Lord, we are called to complement, complete, and bless each other so that each can be what she or he is created by God and re-created in Jesus to become! 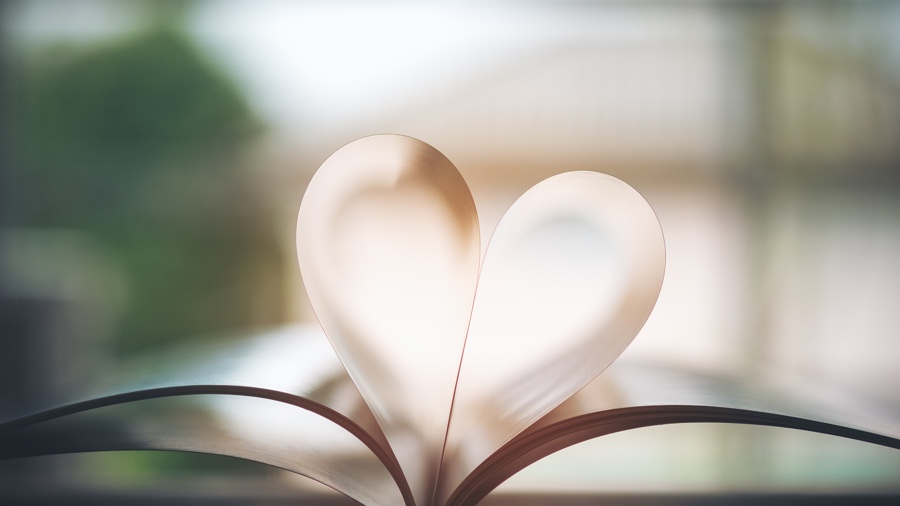 * Notice this homonym of compliment doesn't have the letter "i" in it; it is complement. Merriam-Webster online defines complement this way:

something that completes something else or makes it better

"Made to Be Complements" by Phil Ware is licensed under a Creative Commons License. Heartlight encourages you to share this material with others in church bulletins, personal emails, and other non-commercial uses. Please see our Usage Guidelines for more information.