Too Familiar to Feel the Bite?

Because we have heard the story of Martha and Mary so many times, we often miss the radical truth Jesus established at this dinner! 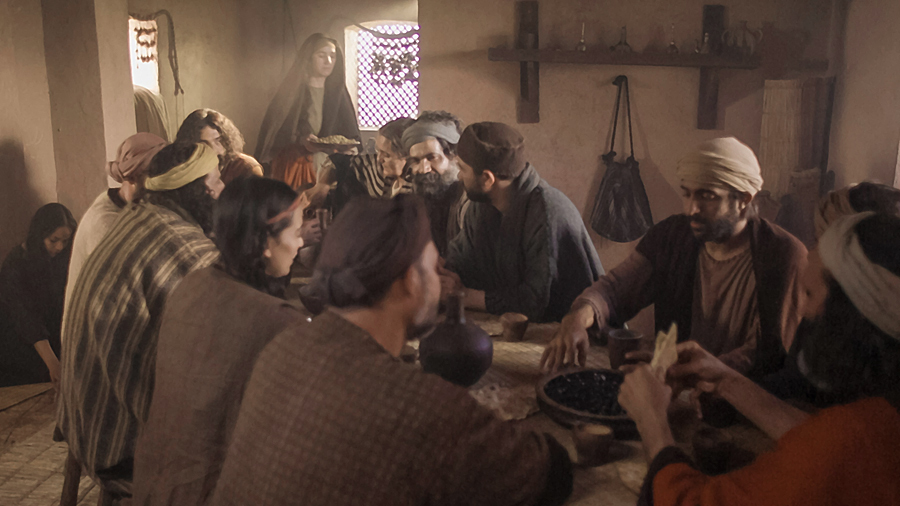 by Phil Ware (09/13/2018) | Two Minute Meditations
Sometimes we are just too familiar with some of the things Jesus said and did to feel their bite.*1 Sometimes the meaning of what Jesus spoke eludes us because we are not familiar with the culture of the day or they don't sound strange in our modern ears of multicultural inclusion. Read the next few verses and then think about them and see what strikes you as shocking about them:

As Jesus and the disciples continued on their way to Jerusalem, they came to a certain village where a woman named Martha welcomed him into her home. Her sister, Mary, sat at the Lord's feet, listening to what he taught. But Martha was distracted by the big dinner she was preparing. She came to Jesus and said, "Lord, doesn't it seem unfair to you that my sister just sits here while I do all the work? Tell her to come and help me."

But the Lord said to her, "My dear Martha, you are worried and upset over all these details! There is only one thing worth being concerned about. Mary has discovered it, and it will not be taken away from her"

Most lessons on this passage talk about the importance of putting Jesus first. Others emphasize the first importance of studying Jesus' teachings. Some emphasize the danger of being distracted by all the little details in life and miss the truly important one: following Jesus. While these messages are true and are appropriately gleaned from this passage, they each miss the radical bite of what Jesus said and did in this event at the house of Martha and Mary. 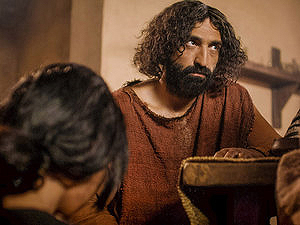 A related passage of Scripture can possibly help us understand a key phrase in this event where "Mary, sat at the Lord's feet, listening to what he taught." This related passage lets us hear through first century ears what Mary's actions meant. The words of this passage come from the apostle Paul and are quoted by Luke who gave us the gospel account we just read. They are part of the Apostle Paul's self-description of his Jewish background and his training as a Rabbi by the presumed greatest teacher in Israel at the time, Gamaliel. They were spoken in Hebrew and translated into Greek by Luke, so the word choice and parallel to the previous text are no accident:

"I am a Jew, born in Tarsus in Cilicia, but brought up in this city, educated at the feet of Gamaliel according to the strict manner of the law of our fathers, being zealous for God as all of you are this day" (Acts 22:3).

To sit at the feet of a great teacher, especially one known as a Rabbi as Jesus was, meant a very specific thing. You were chosen by the teacher to be one of his disciples in training to be a Rabbi. Because of our familiarity with the passage, we largely miss the sharp edges of Mary's behavior, along with Jesus' even more radical affirmation of her behavior.

Hospitality in Jesus' time was a supreme virtue for a woman. It was what women did and was largely their responsibility. It was Mary's role in culture to stay behind the scenes and serve as a welcoming and gracious hostess.

The first sharp edge we must feel bite into our understanding of this passage: Mary had the audacity to NOT fulfill her role as a hostess.

The second sharp edge: Mary abandoned her sister who was fulfilling this task of hospitality. Her sister, Martha, was (according to their culture) appropriately angry with Mary for shirking her responsibility as a woman and as a hostess.

The third sharp edge: Mary "sat at the Lord's feet, listening to what he taught." This was shocking: women not only couldn't be a Rabbi, Rabbis were not supposed to talk to women in public!*2 Mary's actions would have be seen by her peers as an audacious move to place herself in the role of a Rabbi in training! She didn't serve as hostess and she didn't retreat to the shadows, other room, or behind the tent flap*3 and leave all talk about important spiritual matters to the men. Instead, she placed herself in the middle of the conversation in the position of a chosen disciple in training: she "sat at the Lord's feet."

The fourth sharp edge: Not only does Jesus reject Martha's culturally appropriate complaint against Mary, but he also gently rebukes Martha for making it. Then, Jesus affirms all that Mary did and what it meant, asserting that her choice to do it wouldn't be taken away from her!

"My dear Martha, you are worried and upset over all these details! There is only one thing worth being concerned about. Mary has discovered it, and it will not be taken away from her"

Over the last several weeks we have looked at the way the Bible shows that God values women.*4 Over the next several weeks we will continue that study by looking at several more of the events in Jesus' life where he pushes back strongly against culture and cultural expectations for women and affirms their value and their importance to his ministry and to the work of God's Kingdom.

Pentecost meant the coming of the last days. God's Kingdom was breaking into human time through the establishment of a new people, Jesus' church. Restoring God's original intent to creation through this new movement was emphasized, and one result of that was that both men and women would prophesy (Acts 2:18) in God's people in whom the Holy Spirit lived. Two decades later, we learn from Paul that women prayed and prophesied in the Christian assembly in Corinth (1 Corinthians 11:5-15).*5 A short time later, in the book of Acts, Luke describes Paul's visit with Philip the evangelist and his four daughters who prophesied (Acts 21:8-9). 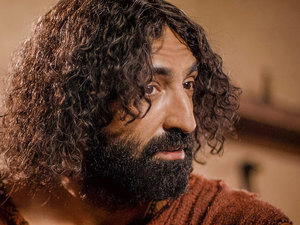 Peter spoke at Pentecost of women who would prophesy as part of God's re-creation of his intent through the church. Paul recognized that there were women in Corinth who rightfully prayed and prophesied in the assembly. Luke spoke of four daughters of Philip who prophesied before Paul and his mission team. These women could be called the spiritual daughters of Mary, about whom the Lord spoke plainly: "There is only one thing worth being concerned about. Mary has discovered it, and it will not be taken away from her."

We will examine more examples next week if the Lord tarries another week. Until then, may Paul's blessing to the Ephesians be ours in abundance:

"It will not be taken away from her!"

*1 Jesus wasn't crucified because he was a nice guy that had made a few wrong enemies. Jesus came to bring the Kingdom of God in the middle of a religious wasteland that still had the pretenses of being a God-seeking nation. What Jesus said and did made enemies out of the religious establishment in first century Judea and Galilee. He knew it. He confronted them about it. While they denied his charges, they plotted and planned behind the scenes to have him killed. Finally they managed to work a scheme that incited the Roman Governor Pilate to have Jesus executed. His decision was not a matter of justice, but a matter of keeping the peace during the political and religious tinderbox the Jews called Passover.

*2 In the story of the Samaritan woman — an event we will examine in a few weeks — John shares two comments about Jesus talking to this Samaritan woman and how shocking that was both to the woman (John 4:9) and to Jesus' apostles (John 4:27).

*3 Remember where Sarah was as the supreme hostess to the three travelers (angels of the Lord) who came to visit she and Abraham and let them know they were going to have a baby in their old age. "Sarah was listening at the entrance to the tent, which was behind him" (Genesis 18:10).

*4 This is the fifth in a series of posts about how God values a woman and The Creator's plan for the people in Jesus' church to restore the Father's original intent through their life together.

In the third post — "Restoring the Creator's Intent" — we focused upon the birth of the church in Acts chapter 2 and how the key elements of faith in Jesus, baptism, and the work of the indwelling Holy Spirit, God began re-creating a new humanity in the church. This new humanity valued men and women of equal importance as children of God, restoring the Creator's original intention through the life of the church in Jesus' disciples.

Last week, we looked at Paul's language of inheritance and the radical declaration that men and women are not only equally heirs of God's promise, but also "Co-heirs with Christ of God's inheritance.

*5 While this passage is challenging in terms of application and cultural issues, Paul does make clear women were participating and gives the proper ways for this to be done acceptably.

"Too Familiar to Feel the Bite?" by Phil Ware is licensed under a Creative Commons License. Heartlight encourages you to share this material with others in church bulletins, personal emails, and other non-commercial uses. Please see our Usage Guidelines for more information.