Paul's declaration to the Galatians is a racial, social, and gender earthquake. 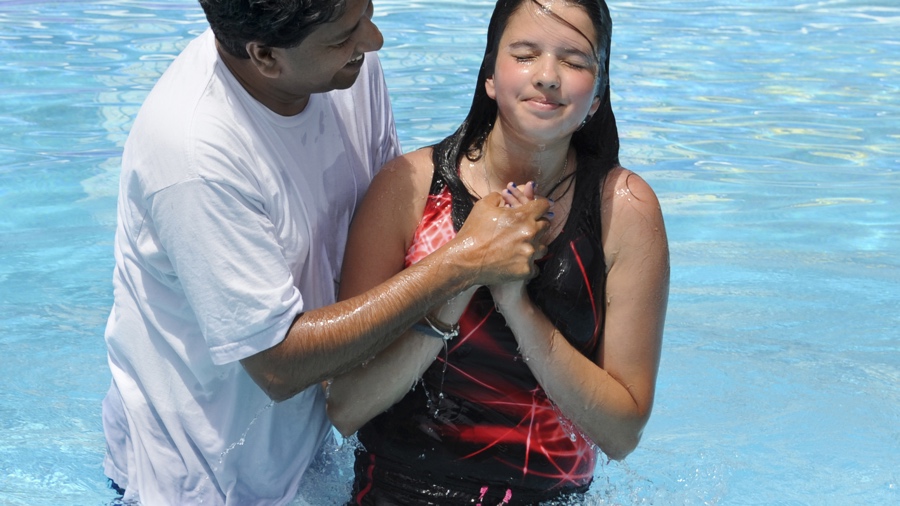 Special Note:
This is the sixth in a series of posts about how God values women and God's plan for all his children in Jesus' church, the place he chose to restore humanity, and the worth of every individual, back to the Creator's original intent. When the series is complete, all posts will contain a list of each message in the series. Check the posts listed below in the Related Links for the previous posts.

[F]or in Christ Jesus you are all sons of God, through faith. For as many of you as were baptized into Christ have put on Christ. There is neither Jew nor Greek, there is neither slave nor free, there is no male and female, for you are all one in Christ Jesus. And if you are Christ's, then you are Abraham's offspring, heirs according to promise (Galatians 3:26-29 ESV). 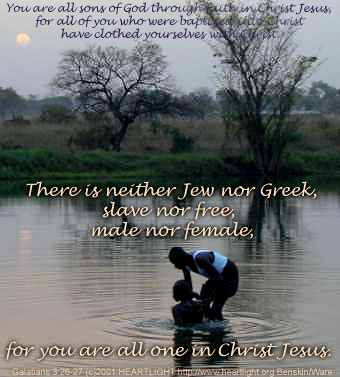 When we first hear Paul's words through our twenty-first-century ears — especially the phrase "you are all sons of God through faith in Christ Jesus" — this translation of Paul's words to the Galatians appears sexist, gender-limiting, and overly exclusive. That's why most modern translations change the phrase "you are all sons of God" to "you are all children of God" (Galatians 3:26 NLT). While the latter seems more inclusive in phrasing, it misses the radical point of Paul's original wording — a point we must hear if we are to understand the latter part of his statement "you are all one in Christ Jesus" (Galatians 3:27-29).

In Christ, the "right kind of son" is not based on race — "neither Jew nor Greek"!

In Christ, the "right kind of son" is not based on social status — "neither slave nor free"!

In Christ, the "right kind of son" is not based on gender — "no male or female"! 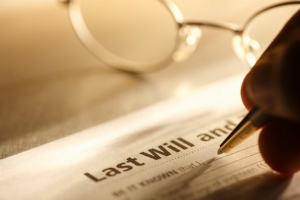 The "right kind of son" in God's new community is now determined by faith in Christ Jesus as Lord (Galatians 3:26), baptism into a new identity and relationship with Christ (Galatians 3:27), and the presence of the indwelling Holy Spirit who gives each person access to the Father as a beloved child (Galatians 4:6-7). The same three points of emphasis were at Pentecost where both men and women were going to play essential roles in God's new people born of the Spirit (Acts 2:38-41, 15-18).

This standing as the rightful male heir (the "right kind of son") for every Christian is true regardless of race, regardless of social standing, and regardless of gender. While this may sound radical in the ears of some in today's world, they were a transforming earthquake of liberation in the apostle Paul's world! 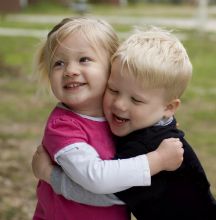 Each newly re-created person in Christ has the right to call God, "Abba! Father!" with all of the full rights of the son who is the rightful firstborn heir to all of the Father's inheritance. As Paul announced to the Corinthians, a new creation had begun, and we no longer look at people from a human point of view (2 Corinthians 5:14-17).

Paul's declaration is sweeping and vast. It is full of promise and rich with implications. The truth of Paul's words would take generations to work out in culture, but was present in the moment the first people called on the Lord to be saved, were baptized into Christ, and were given the gift of the Holy Spirit at Pentecost. Despite the cultural opposition to Paul's radical teaching, every evidence suggests that this truth came alive in these new gatherings of believers who re-oriented their lives around their new identity in Christ. This declaration is re-declared and should be fully realized each time those events of new creation — faith, baptism, and the coming of the Holy Spirit — occur in the life of any person of either gender of any social or ethnic group in any age, including our own!

What Paul said about race to the Ephesians, he also intended to be true with social standing and with gender by his radical statement to the Galatian believers (Galatians 3:26-29):

For he himself is our peace, who has made the two groups one and has destroyed the barrier, the dividing wall of hostility... His purpose was to create in himself one new humanity out of the two, thus making peace, and in one body to reconcile both of them to God through the cross, by which he put to death their hostility. He came and preached peace to you who were far away and peace to those who were near. For through him we both have access to the Father by one Spirit (Ephesians 2:14-18)

Paul returns to this theme in several of his letters, extending the theme to all of Jesus' disciples — those who believe in Jesus, have been baptized into a new identity with Jesus, and have been filled with the Spirit. These re-created followers of Jesus are heirs of God's promise and co-heirs with Christ, regardless of race, social standing, and gender:

For those who are led by the Spirit of God are the children of God. The Spirit you received does not make you slaves, so that you live in fear again; rather, the Spirit you received brought about your adoption to sonship. And by him we cry, "Abba, Father." The Spirit himself testifies with our spirit that we are God’s children. Now if we are children, then we are heirs — heirs of God and co-heirs with Christ, if indeed we share in his sufferings in order that we may also share in his glory (Romans 8:14-17; also see Titus 3:3-7).

While Paul's declaration may sound radical in the ears of some in today's world, they were a transforming earthquake of liberation in the apostle Paul's world! 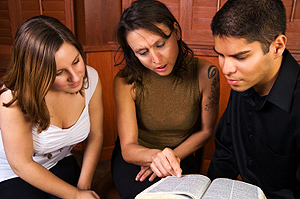 With his words to the Romans, Paul moves beyond his expansive you are "all sons of God... and heirs" to you are "heirs of God and co-heirs with Christ"! The human barriers and distinctions have all fallen away with their confession of Jesus, baptism into Christ, and the gift of the Holy Spirit. Before God, there is no distinction. We have equal access to the Father. We have equal value and are respected and cherished as God's children equally. We are all given gifts by the same Spirit to be used in the body of Christ to bless each other and build up Jesus' family. Male and female are both equal heirs to God's promise and are co-heirs with Jesus!

However, knowing this truth still leaves us with some important dangling questions we must address if we are to be honest with the Scriptures and honest with ourselves.

If with Pentecost God brings into being a new humanity free of the distinctions that separate us, how far does this go in its implementation in our new life together in Jesus' church?

Did Jesus assign value and truly empower others in his early church to serve beyond the distinctions that divided people in his day — Jew and Gentile, male and female, slave and free?

Did the early church begin to empower people to serve in Jesus' Kingdom beyond the social distinctions of their day?

How do we apply these principles in our day?

Over the next several weeks, we will humbly try to address these questions. For now, however, think of the radical way we must now view each other as equals, each with full rights of inheritance as the rightful firstborn heir of all things and co-heirs with Jesus! 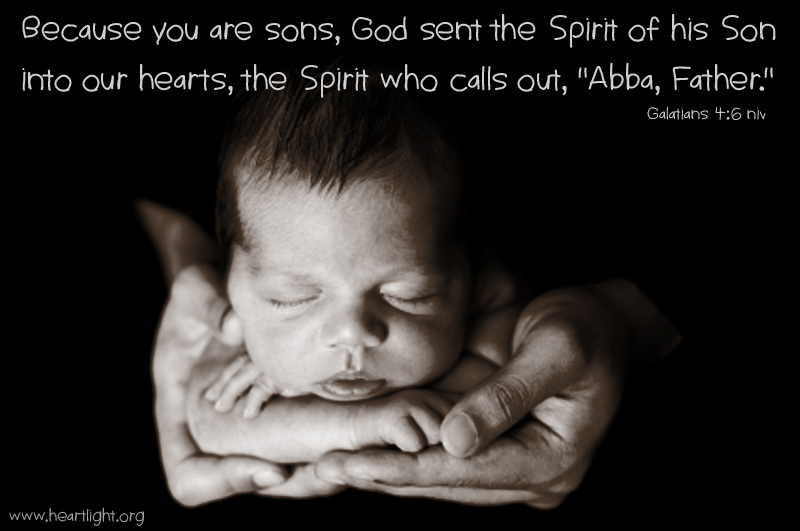 "Co-Heirs with Christ" by Phil Ware is licensed under a Creative Commons License. Heartlight encourages you to share this material with others in church bulletins, personal emails, and other non-commercial uses. Please see our Usage Guidelines for more information.