All in the Family

When God chose to come into our world through a child, he chose a family line that was every bit as messed up as our world. 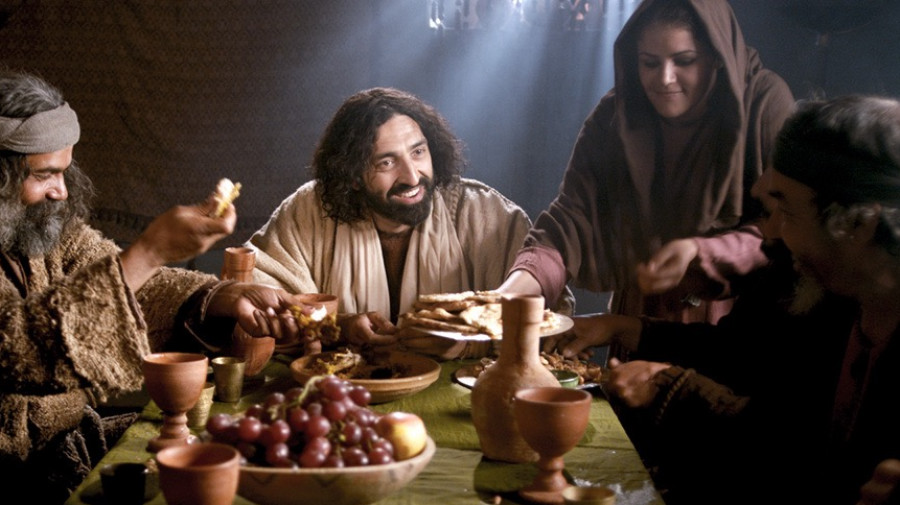 by Phil Ware (12/05/2017) | The Jesus Window
Do you stay to watch the credits that play after a movie is finished? Sometimes I do. Of course, I get asked, “Why stay and watch a bunch of names scroll across the screen while a song plays? What do you hope to see?”

Well, sometimes the movie isn’t really over when the credits start to roll. There’s some relevant tidbit shared during or after the credits — what's called the post-credits. The post-credits might give a hint about a sequel. They might share insights into the movie and its message. The song playing during the credits may carry the movie’s message to a deeper level of insight or conviction. The post-credits can contain a splash of humor or some hilarious out-takes. Or, the credits might just be a list of names and jobs — like who is the assistant gaffer or who catered lunch on the set. You never know, but I can tell you that sometimes you discover some rare gems in the credits of a movie while everyone else is filing out of the theater.

Matthew, like movie-makers in a by-gone era, put his credits first. My guess, however, is that most readers treat his genealogy of Jesus similarly to the way most folks approach movie credits. They skip over the list of names to get to the good stuff. If we skip Matthew's genealogy, however, we will miss some of the best news ever written!

Matthew's genealogy communicates his core message: Jesus came for all people to have a way to know God! The genealogy contains three lists, each of fourteen names that lead us to Jesus (Matthew 1:17). Except, if we carefully study other Bible genealogies, we know that there were more than fourteen generations between each of the key landmarks in between them — Abraham, David, the Exile, and the Messiah, Jesus.

So, what’s the deal?

Matthew was too careful to be making a mistake. He definitely wasn’t creating a biblical contradiction. Matthew was "theologically counting" generations: his numbers and names reveal something important about God. He assumed we would compare his genealogy of Jesus to other ones in our Bibles and look more closely at his list of names. Matthew wasn't making a mistake. He is jarring us awake. He doesn’t want us to miss his point. As a good Jewish teacher, he is teaching us something significant.[EXPLAIN].

Matthew is begging us to pay attention to the names on his list. The names he was led by the Spirit to list in his genealogy are important to God. These names reveal something about God's plan of salvation for all people dating back to the call of Abraham (Genesis 12:1-3) and even earlier (Genesis 3:14-17; Galatians 4:4-7. He wants us to discover the good news of Jesus from his first paragraphs. Notice how he began:

David was the father of Solomon, whose mother had been Uriah’s wife…

Double whoa! We dig a little deeper and realize that these are non-Jewish women. Israelites usually count their heritage through the mother. We delve into the lineage of King David and find out that his grandmother and great-grandmother are not Jewish. That means the Messiah promised to Israel has Gentiles in his family tree!

Triple whoa! Several of these non-Jewish women have very questionable sexual histories. Each, however, fights for her family to receive the blessings promised to people of faith in Israel's God.

What is Matthew trying to tell us?

Our world is a mess. To pretend it is not a mess is to have “baby Moses syndrome” — to be a basket case in “de-Nile”! When God chose to come into our world through a child, he chose a family line that was every bit as messed up as our world. Jesus' family tree has "skeletons in the closet" just as all families do. God will not hide them, but instead, included these "skeletons" to tell the truth about his grace for all peoples.

Matthew wants us to clearly hear at least two important messages in his list of names. 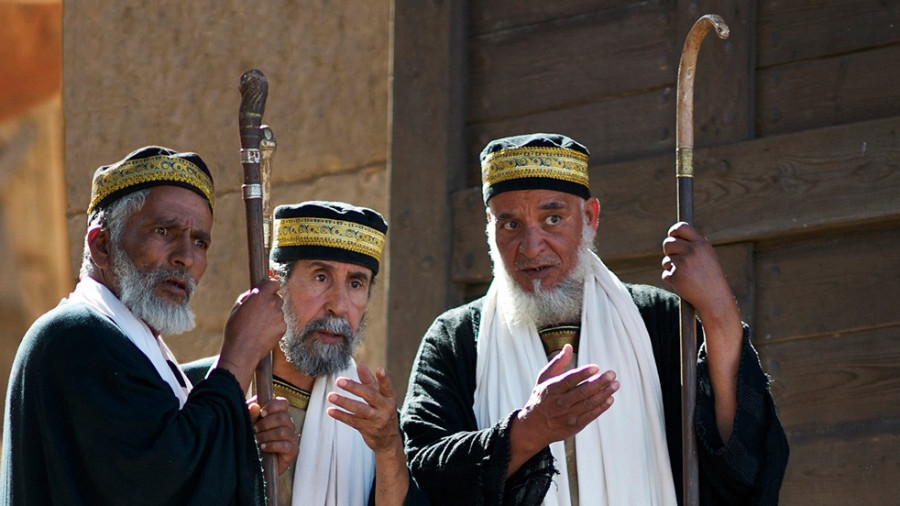 Second, faith can often turn into little more than ceremonies and institutional hierarchy. The religious can turn a church into an exclusive club for people who want to feel they are morally superior to others. Before Jesus called him to be an apostle, Matthew had been a despised tax collector. He was unwanted and hated by religious people. Matthew wanted folks to hear the good news that Jesus came for all people from the opening sentences of his gospel. No institutional hygiene can clean out the brokenness and flaws in Jesus' heritage that were overcome and redeemed by God's grace.

Jesus personally chose, reclaimed, included, and empowered Matthew. Matthew wants us to know that we can be welcomed into the family of God’s Son just as he had been. It doesn’t matter if we are insiders or outsiders. It doesn’t matter if we are men or women. It makes no difference to the Lord whether we are from a religious heritage or if we come from a non-religious background. God has always welcomed outsiders into the family of Jesus. Look at Tamar, Rahab, and Ruth, foreigners whom God welcomed into Israel before Jesus was born. All who seek God can be welcomed — outsiders or not, women or not, sinful or not. Each is wanted by the Father. Each can belong to Jesus’ family!

Matthew proclaimed God's good news in his credits. He made sure he included Tamar, Rahab, Ruth, and Bathsheba in his genealogy of the Messiah (Matthew 1:1-6).

Matthew further declared this universal message in his story of the Magi, foreigners who came in search of Jesus and who welcome him as king at his birth (Matthew 2:1-12).

Matthew reminds us of this inclusive grace in the story of a Roman centurion who has a faith greater than Jesus has found among the people of Israel in his day (Matthew 8:5-13).

Matthew reminds us that Jesus used his last words — what we call the Great Commission — to emphasize his desire for his followers to welcome all people into God's family. The Lord commanded his disciples to go to people of all nations, cultures, and backgrounds (Matthew 28:18-20). That was the Messiah’s call for us as insiders to reach out and include all outsiders, then to welcome them into his family. In fact, he says more than welcome them. He says go find them! Go baptize them! Go train them to do the same!

So, if you think you don’t belong because:

— You’re a woman, and there’s no room for you in religion.

— You’re coming from a big mess in your past or present life.

Jesus came to the mess of our world. He came out of a messy family history. He came to make sure all of us know that we can come to him with our messes and find grace, hope, and life.

For those betrayed by religious folks, like Tamar, there is healing, life, and purpose.

For those caught in a sinful mess trying to care for family, like Rahab, there can be a new start. No matter how dismal and discouraging the past, he longs to bring you fresh hope.

For those who have had their lives shattered by grief, like Ruth, there is healing, protection, and a new family of grace.

For those caught in the power struggle of politicians and sexual abuse with few choices, like Bathsheba, there is grace to belong to God’s story of redemption and purpose.

For those like the Levi whom we call Matthew, the one whom religious people viewed as an outsider and a traitor to true faith, grace can write a better story where your pain and being on the outside can become the tool the Father uses to include untold others in the family of grace. 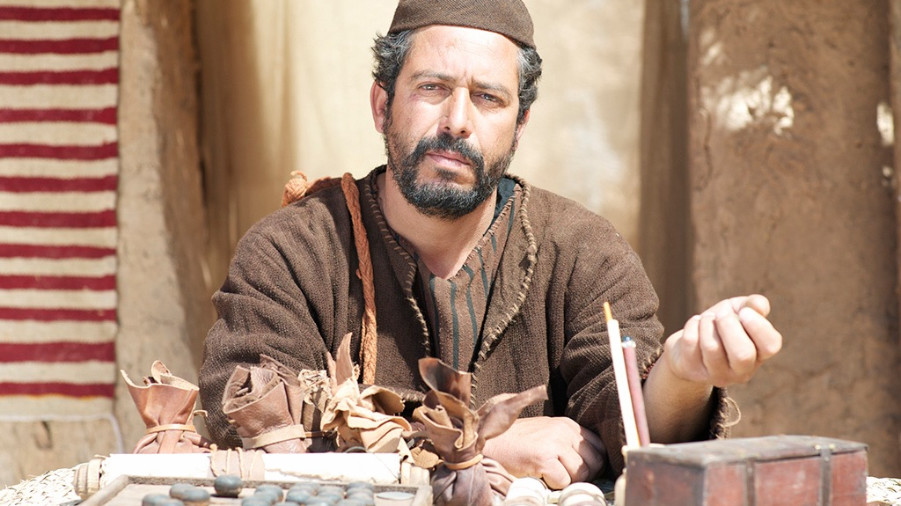 For all of us who openly receive this message, Jesus is our promise that we can belong to the family of God. Not because we deserve it, but because we don’t; yet Jesus came to include us anyway!

[EXPLAIN] Being the most Jewish of the gospels, Matthew groups each section of his genealogy into fourteen generations (Matthew 1:17). Fourteen is 2 x 7 (fourteen generations), twice the perfect number (7) of ancestors in each section. Having this twice the perfect listing in three groups — 3 is the divine number — he is telling us this is the divinely perfect genealogy. In others words, there's something theologically significant in what these names reveal. It also allows Matthew to bookend (the technical term is "inclusio") his story of Jesus with one consistent message: God wants everyone, all peoples, saved through Jesus and brought into the Father's family (Matthew 28:18-20).

"All in the Family" by Phil Ware is licensed under a Creative Commons License. Heartlight encourages you to share this material with others in church bulletins, personal emails, and other non-commercial uses. Please see our Usage Guidelines for more information.