Overcoming the Greater Pandemic: From Guilt to Forgiveness

A genuine disciple, and especially an apostle, follows the path of Jesus who gave up his life to seek, serve, and save the lost. 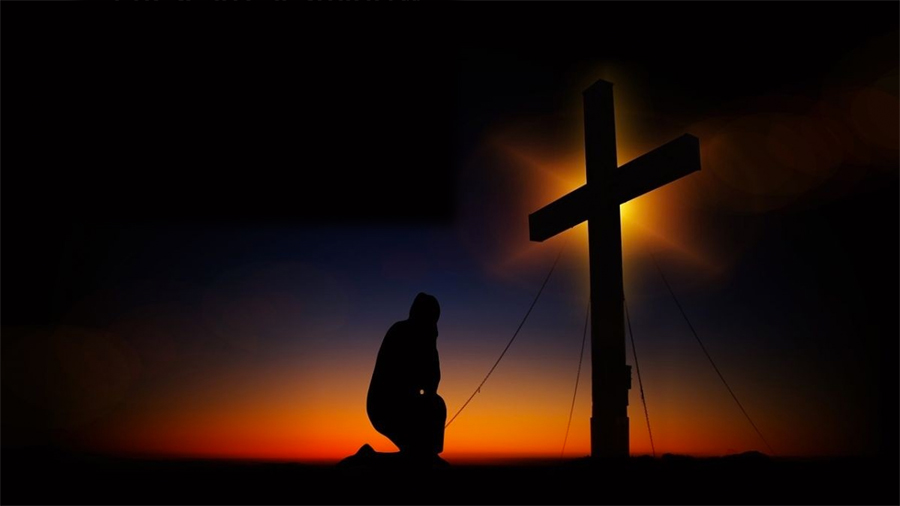 Paul tucked away a special gem of grace in a letter where he was having to defend his ministry from critics. People had forgotten that the way the Messiah was the way of the cross. Paul emphasized that they couldn't determine an authentic apostle of Christ by his pedigree, education, reputation, nor anything else except his service and sacrifice. A genuine disciple, and especially an apostle, follows the path of Jesus who gave up his life to seek, serve, and save the lost (Mark 10:45). The apostle shared this precious gem about God's grace with these words:

Therefore, if anyone is in Christ, the new creation has come: The old has gone, the new is here! All this is from God, who reconciled us to himself through Christ and gave us the ministry of reconciliation...
...

God made him who had no sin to be sin for us, so that in him we might become the righteousness of God

Today, James Nored's video on "Creation to New Creation" focuses on God's grace to us in the cross that moves us from guilt and shame into the blessing of forgiveness and new life! He uses the powerful image of trees and how the Scriptures repeatedly talk about them and the part they plan in God's unfolding story. This focus on trees for us as followers of Jesus brings us to the hill of Golgotha, where Jesus was hung on a tree to carry away the curse, the stain, the guilt, and shame of sin:

Paul later wrote to new believers in the town of Colossae. They had been struggling and were unsure that they had heard the full gospel because an apostle hadn't preached to them. He emphasized how they had been saved because of the reconciling work of Christ Jesus who is now our Lord and Savior. He uses these words — and we will finish today's message by sharing these Scriptures without comment:

For this reason, since the day we heard about you, we have not stopped praying for you. We continually ask God to fill you with the knowledge of his will through all the wisdom and understanding that the Spirit gives, so that you may live a life worthy of the Lord and please him in every way: bearing fruit in every good work, growing in the knowledge of God, being strengthened with all power according to his glorious might so that you may have great endurance and patience, and giving joyful thanks to the Father, who has qualified you to share in the inheritance of his holy people in the kingdom of light. For he has rescued us from the dominion of darkness and brought us into the kingdom of the Son he loves, in whom we have redemption, the forgiveness of sins.

The Son is the image of the invisible God, the firstborn over all creation. For in him all things were created: things in heaven and on earth, visible and invisible, whether thrones or powers or rulers or authorities; all things have been created through him and for him. He is before all things, and in him all things hold together. And he is the head of the body, the church; he is the beginning and the firstborn from among the dead, so that in everything he might have the supremacy. For God was pleased to have all his fullness dwell in him, and through him to reconcile to himself all things, whether things on earth or things in heaven, by making peace through his blood, shed on the cross.

Once you were alienated from God and were enemies in your minds because of your evil behavior. But now he has reconciled you by Christ's physical body through death to present you holy in his sight, without blemish and free from accusation — if you continue in your faith, established and firm, and do not move from the hope held out in the gospel. This is the gospel that you heard and that has been proclaimed to every creature under heaven, and of which I, Paul, have become a servant 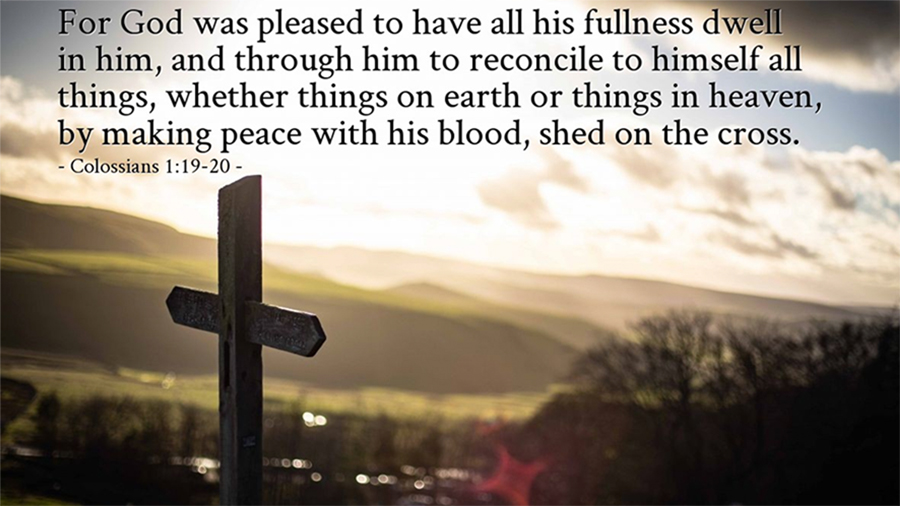 For in Christ all the fullness of the Deity lives in bodily form, and in Christ you have been brought to fullness. He is the head over every power and authority. In him you were also circumcised with a circumcision not performed by human hands. Your whole self, ruled by the flesh, was put off when you were circumcised by Christ, having been buried with him in baptism, in which you were also raised with him through your faith in the working of God, who raised him from the dead.

When you were dead in your sins and in the uncircumcision of your flesh, God made you alive with Christ. He forgave us all our sins, having canceled the charge of our legal indebtedness, which stood against us and condemned us; he has taken it away, nailing it to the cross. And having disarmed the powers and authorities, he made a public spectacle of them, triumphing over them by the cross

Never forget that the Father loved you so much that he didn't want to live without you. He knew you could never be holy enough to reach him, so he sent the Son to reach you, make you worthy of being his child, and bring you home to your Father.

God made him who had no sin to be sin for us, so that in him we might become the righteousness of God (2 Corinthians 5:21). 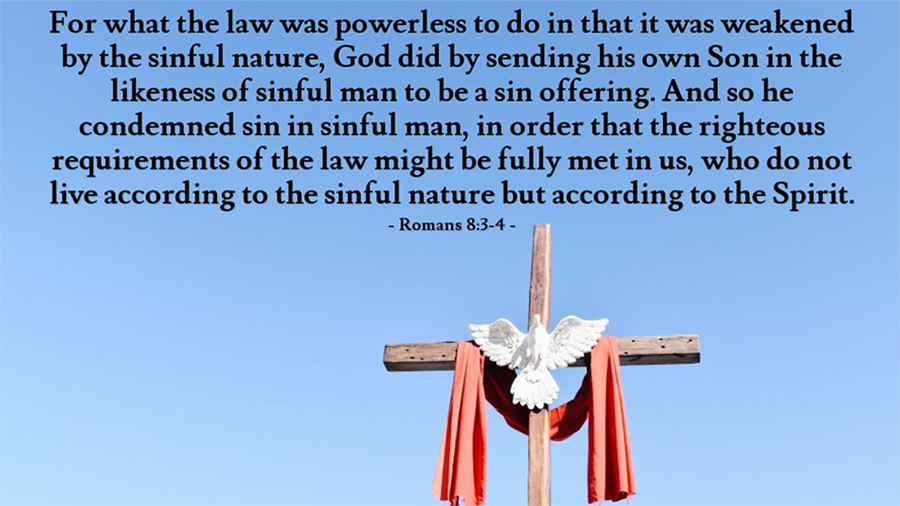 "Overcoming the Greater Pandemic: From Guilt to Forgiveness" by James Nored & Phil Ware is licensed under a Creative Commons License. Heartlight encourages you to share this material with others in church bulletins, personal emails, and other non-commercial uses. Please see our Usage Guidelines for more information.