Beyond Religious Places, Practices, and Rituals 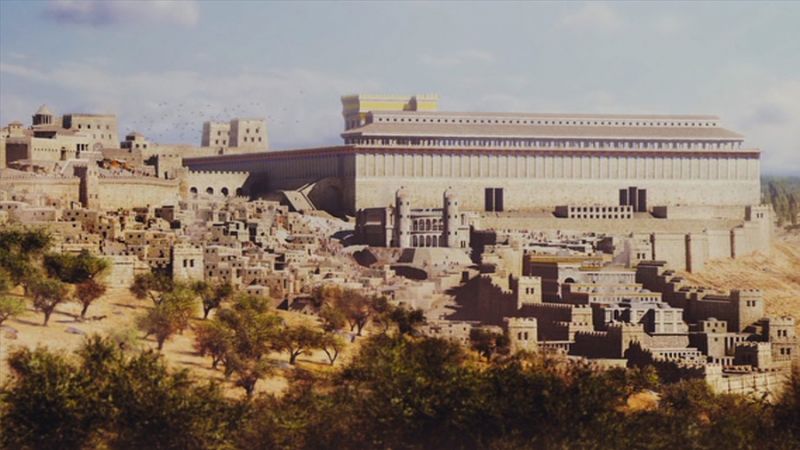 Imagine how you would feel if someone new on the religious scene began to attack what you considered to be precious! This new teacher started criticizing spiritual practices that you, and generations before you, had been taught were sacred. Not only that but he also directly challenged what occurred in the places that you considered holy. He directly confronted people with what they believed and those who had taught those things to you. This teacher even challenged the foundation on which your holiest of days rested, saying they weren't instituted to honor God but to bless people.

Jesus made clear that the LORD had created the Sabbath for humankind, not humankind for the Sabbath (Mark 2:27-28). God rested on the first Sabbath (Genesis 2:1-3). His rest was an example of a rhythm he placed into his creation. Human beings needed to honor this rhythm in their lives and their dealings with their families, neighbors, laborers, and livestock (Deuteronomy 5:12-14). God made the Sabbath as a blessing to his creation, and especially to the crown of all that he had made, humankind (Genesis 1:26-31). 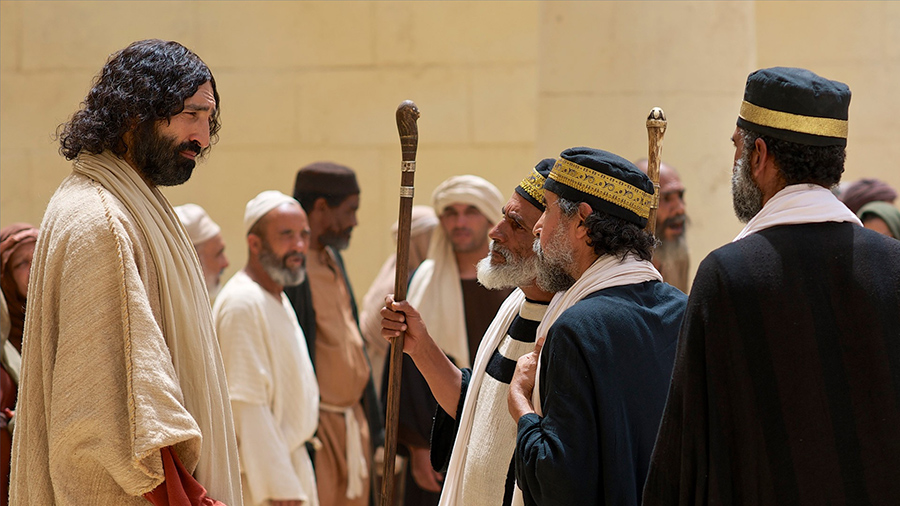 Instead, the Jewish leaders of his time, Jesus made clear, had made a mockery of the LORD's intentions by encrusting the Sabbath with all sorts of rules, traditions, and requirements (Luke 3:10-17; 14:1-6). These encrustations were not God's plan. They had become ways of making some feel more righteous than others because of their superior performance of these rules (Mark 7:1-8). Jesus was not shy in his rebuke of this approach to religion based on human traditions (Mark 7:9-13).

Jesus’ challenges to Israel’s tradition-encrusted religious practices and his repeated disruption of worship in their sacred places eventually led to his showdown with the religious authorities in Jerusalem. The Lord’s last trip to Jerusalem was filled with conflict, confrontation, and criticism of those in religious control. James Nored reminds us of these truths in today’s video:

As challenging as Jesus' actions in his early ministry may have been, they were mild compared to his confrontations in that final week in Jerusalem before his crucifixion. Those actions had begun with his Triumphal Entry. The Lord entered the city to shouts of "Hosanna!" and the praises of the people. The Lord's closest disciples also saw him weep and pray over Jerusalem. They heard him teach about a withered fig tree as he mourned and predicted the future that awaited the Holy City. Viewing the beauty of Jerusalem and the Temple, Jesus warned his apostles that the Holy City would be torn down one stone after another. The coming destruction was going to happen because the religious establishment rejected his coming. His words, his actions were ominous. 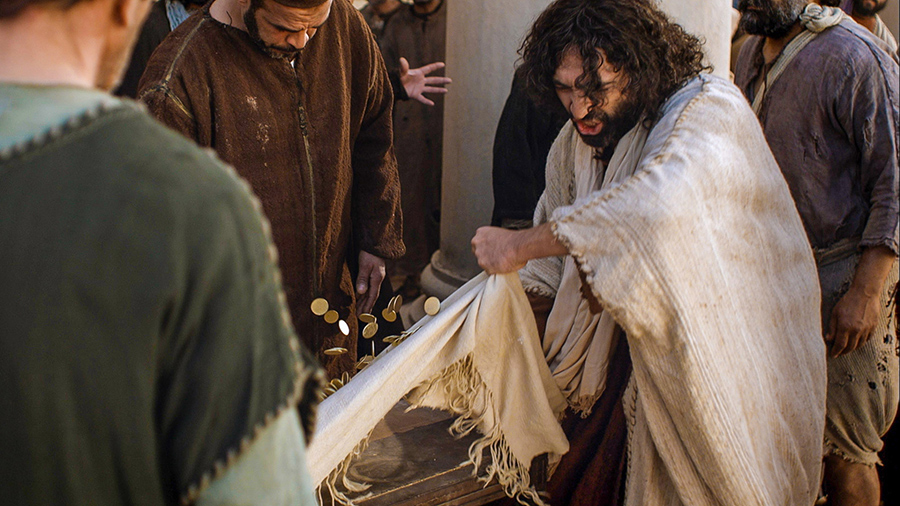 The religious leaders considered Jesus' actions as a direct attack on the place and practices of the Temple, and all they valued as holy. Their fury at Jesus moved them to plan for his death. Meanwhile, the people were amazed at the Lord's teaching, which infuriated the religious leaders more yet also leaving them fearful of the crowds. They began to look for ways to discredit Jesus and diminish his hold over the people.

The leaders then increased their attack on Jesus with religious questions. They were determined to trap him in his answers. They wanted to have him say something that put him at odds with the Torah or the Romans, or both. Jesus skillfully answered their questions and navigated their attacks with God's truth and graceful elegance that left those in power even more furious. Then Jesus spoke a parable that condemned the religious leaders as those trying to steal for themselves what belonged to God.

Jesus then began to speak to them in parables: "A man planted a vineyard. He put a wall around it, dug a pit for the winepress, and built a watchtower. Then he rented the vineyard to some farmers and moved to another place. At harvest time he sent a servant to the tenants to collect from them some of the fruit of the vineyard. But they seized him, beat him and sent him away empty-handed. Then he sent another servant to them; they struck this man on the head and treated him shamefully. He sent still another, and that one they killed. He sent many others; some of them they beat, others they killed.

But the tenants said to one another, 'This is the heir. Come, let's kill him, and the inheritance will be ours.' So they took him and killed him, and threw him out of the vineyard.

As challenging as Jesus' actions in his early ministry may have been, they were mild compared to his actions in that final week in Jerusalem before his crucifixion. 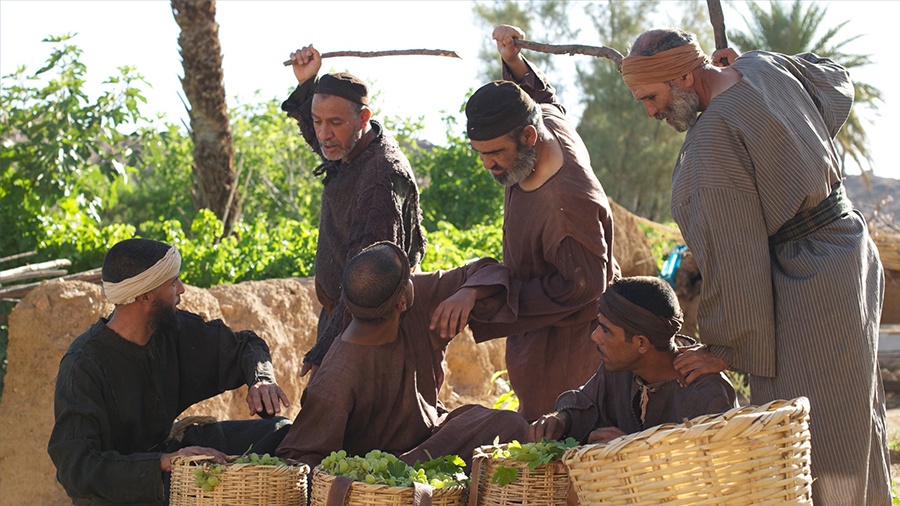 What are we to do with this Jesus who confronted the spiritual practices and places of his time? What are we to think about the Christ who rampaged through the Temple?

We must hear the warning for our day. Religious practices and places can become encrusted with all sorts of traditions to make the religious adherents feel more righteous while they forget the heart of God and the mission of God. Religious leaders can get so caught up in their places, practices, and rituals that they forget about the brokenness of humanity that God has sent them to love, serve, and save.

Religionists killed Jesus. Yes, a Roman governor gave the edict to crucify him, and Roman soldiers nailed Jesus to the cross, but the religious leaders were the ones who orchestrated it all. When the places, practice, pomp, and rituals of religion forget the heart of God for broken and lost people, they are not just hollow ceremonies and rules. They are an affront to God and abuse to his purpose for his people. Jesus went to the cross of Calvary because of religion's fury at the God who would dare to love the lost so sacrificially. However, God's love cannot be contained by religion any more than the tomb could hold the body of the resurrected Christ. God's purposes for the world revealed in Jesus come back to two pivotal statements of mission:

For God so loved the world that he gave his one and only Son, that whoever believes in him shall not perish but have eternal life For God did not send his Son into the world to condemn the world, but to save the world through him (John 3:16-17).

"Beyond Religious Places, Practices, and Rituals" by James Nored & Phil Ware is licensed under a Creative Commons License. Heartlight encourages you to share this material with others in church bulletins, personal emails, and other non-commercial uses. Please see our Usage Guidelines for more information.