That passion to pursue Jesus must never die! 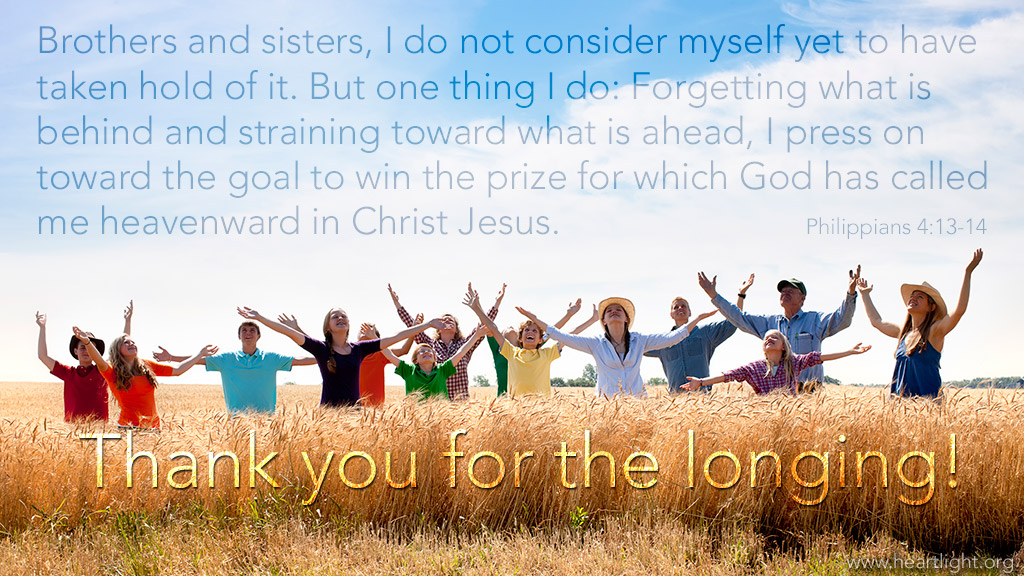 #3: Thankful for the Longing 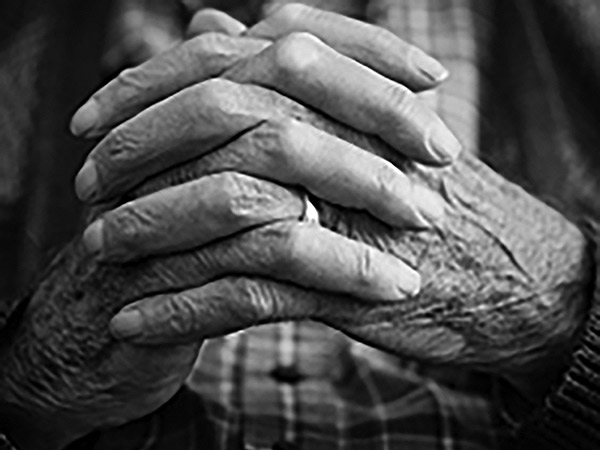 I am thankful that the Bible is full of people who didn't back down, lose their passion, give up on their idealism, or become backward thinkers just because they grew older.

I am thankful that our story is filled with people like Abraham and Sarah who left for new and unknown places while still pursuing God's promises even when they were old.

I am thankful that Moses and his friends Joshua and Caleb won their greatest victories and advanced on new territory in the later years of their life.

I am thankful that Zechariah and Elizabeth received the answer to their decades old prayer to have a child in their later years. I am thankful that God used these two, along with the aging Simeon and Anna to herald the coming of Jesus!

I am thankful that as I age I don't have to settle for where I am, but I can still yearn for more — for the dawning of a new day and the realization of new dreams.

I am thankful that the apostle Paul didn't define maturity as being the defender of a settled faith, but as a pursuer of the living Christ:

Not that I have already obtained all this, or have already arrived at my goal, but I press on to take hold of that for which Christ Jesus took hold of me. Brothers and sisters, I do not consider myself yet to have taken hold of it. But one thing I do: Forgetting what is behind and straining toward what is ahead, I press on toward the goal to win the prize for which God has called me heavenward in Christ Jesus.

All of us, then, who are mature should take such a view of things. And if on some point you think differently, that too God will make clear to you. Only let us live up to what we have already attained

Maturity, according to Paul, was not defending a settled way of life in Christ, but pursuing that ultimate goal of being transformed — changed a little more each day to be like Christ.

Now the Lord is the Spirit, and where the Spirit of the Lord is, there is freedom. And we all, who with unveiled faces contemplate [and reflect] the Lord's glory, are being transformed into his image with ever-increasing glory, which comes from the Lord, who is the Spirit (2 Corinthians 3:17-18).

This means that rather than being smugly satisfied about the place I've come, I am being renewed each day to be more — my daily changing in the direction of Jesus is always ongoing with new twists and turns in the road and new discoveries of the Father's grace. While the physical realities may be limiting, the spiritual realities are forever new and liberating:

Therefore we do not lose heart. Though outwardly we are wasting away, yet inwardly we are being renewed day by day. For our light and momentary troubles are achieving for us an eternal glory that far outweighs them all. So we fix our eyes not on what is seen, but on what is unseen, since what is seen is temporary, but what is unseen is eternal (2 Corinthians 4:16-18).

Because of the longing, I commit never to settle or to just defend, but always to reach forward and pursue Jesus.
I am thankful that God made clear those he considered heroes kept moving, growing, and reaching to see their longing for being more fulfilled:

All these people were still living by faith when they died. They did not receive the things promised; they only saw them and welcomed them from a distance, admitting that they were foreigners and strangers on earth. People who say such things show that they are looking for a country of their own. If they had been thinking of the country they had left, they would have had opportunity to return. Instead, they were longing for a better country — a heavenly one. Therefore God is not ashamed to be called their God, for he has prepared a city for them (Hebrews 11:13-16).

Those in God's "Faith Hall of Fame" in Hebrews 11 didn't quit or become defensive about the old ways, but they kept pressing on for God's ultimate destination for them.

Yes, as I age and as I work with churches in transition and mentor young Christ-seekers and as I pursue life, I am thankful! I am thankful for the longing to reach forward and upward to be more and to see Jesus more fully formed in me and demonstrated in the lives of the churches and people with whom I minister. Too often churches seek to defend their past, hold onto their settled traditions, embellish their past nostalgically and oppose movement in any new direction for fear that the slippery slope will tumble them into destruction. Reality, however, is that the slippery slope is filled with nostalgia about the glory years, fear of change, and trying to hold onto a past that was never as good as we think it was. When we stop reaching, growing, and pursuing we've already begun to slip backward down the slippery slope that leads people to spiritual sloth and churches to a long and slow euthanasia. 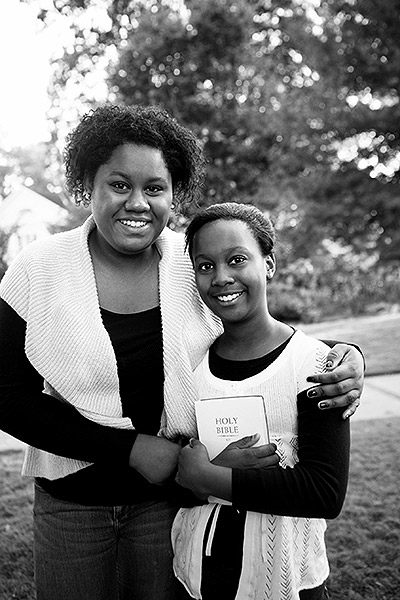 We must remember that God's heroes were advancing not retreating, pursuing and not defending, and dreaming forward rather than daydreaming backward. When the Holy Spirit came at Pentecost and inaugurated the new era of grace, Peter quoted Joel to speak of this fresh way of doing God's life. This is what he quoted:

Then Peter stood up with the Eleven, raised his voice and addressed the crowd: "Fellow Jews and all of you who live in Jerusalem, let me explain this to you; listen carefully to what I say. These people are not drunk, as you suppose. It's only nine in the morning! No, this is what was spoken by the prophet Joel:

Because of the longing, I commit never to settle or to just defend, but always to reach forward and pursue Jesus.

Because of the longing, I choose to be mature by admitting there are still new lands to conquer, new goals to pursue, and more of the character and compassion of Jesus to acquire.

Because of the longing I will not let those who think they are mature stifle those who know maturity is reaching forward, not looking over their shoulders at the past.

Because of the longing, rather than oppose those who seek to extend the trajectory of my era's dreams, I commit to help them, coach them, encourage them, and celebrate them as they pursue Jesus and his mission for their generation.

Because of the longing, I will pray that the Holy Spirit stir us, unsettle us, motivate us, make us hunger for more, and keep on transforming us to be more like Jesus at every age.

O God, I am thankful for this longing and I pray that your kingdom come and your will be done as I pursue it until you call me home! 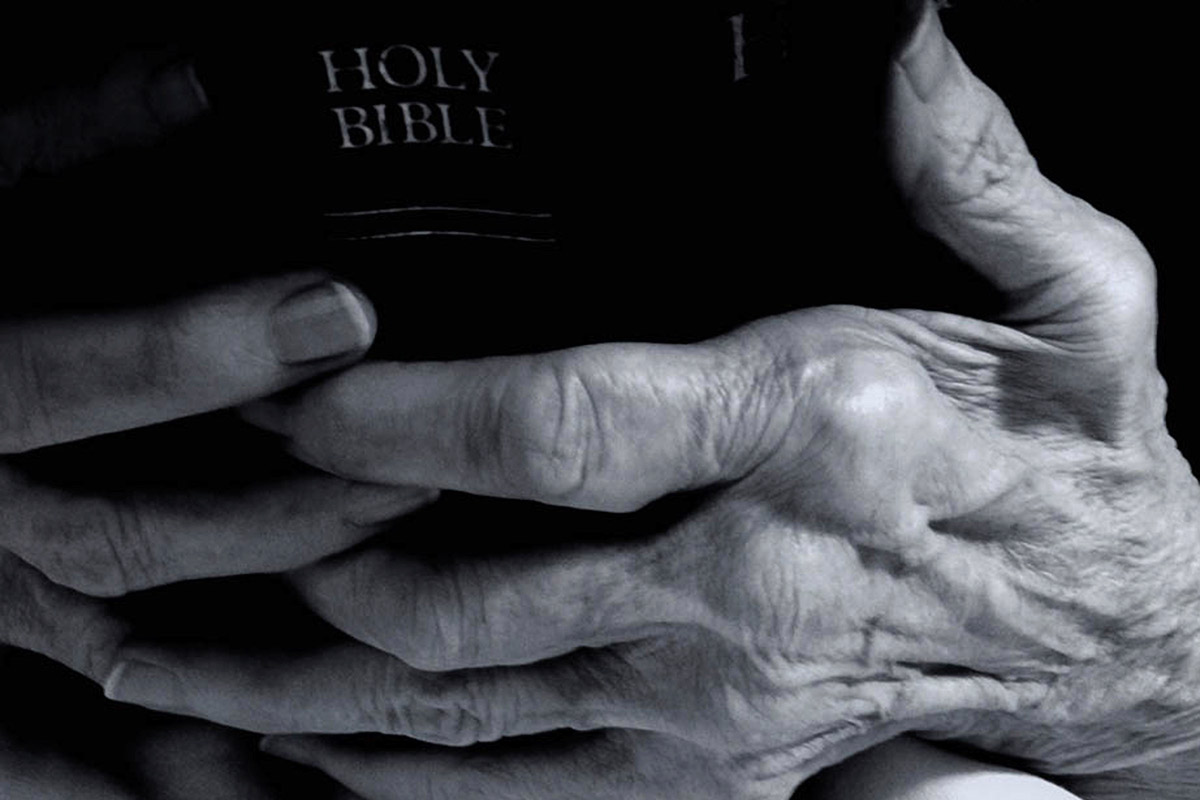 "'...and thankful!'" by Phil Ware is licensed under a Creative Commons License. Heartlight encourages you to share this material with others in church bulletins, personal emails, and other non-commercial uses. Please see our Usage Guidelines for more information.