Our God is the God of surprising opportunities, fresh hope, and new life. 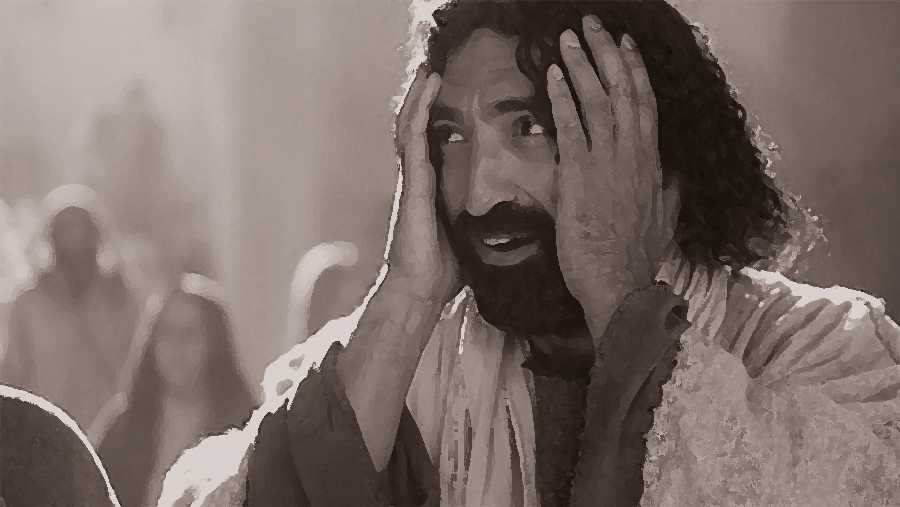 by Phil Ware (07/31/2019) | The Jesus Window
Let's focus our attention for a few minutes on a young man that we meet in the story of Jesus and his church. This young man was named Mark, and also known as John Mark. The Spirit used his story to humble and teach me about the power of love, mercy, and grace. This young man allowed the Holy Spirit to channel the power of grace to erase a painful ugliness in his young life and transform it into a testimony of healing, forgiveness, and faithfulness.

Early in his journey of faith, Mark had all the advantages and privileges of an insider. Jesus and his apostles appear to have met in his mother's home (Mark 14:15). He had witnessed many of the events in the Lord's life, and especially the agonizing moments of that last night in the upper room (Mark 14:16-26). He also apparently followed Jesus from a distance after Judas had betrayed the Lord, and the soldiers led Jesus toward his death (Mark 14:51-52). After Jesus' resurrection, John Mark's house became a place of unspeakable joy (John 20:19-26). The resurrected Jesus ate fish with his closest friends to prove that God had raised him back to life (Luke 24:33-42).

In all likelihood, after Jesus' ascension, Mark was present when the disciples gathered in prayer awaiting the coming of the Holy Spirit with power (Acts 1:13-14). His mother's house continued to be the place where Peter and a group of dedicated disciples met, prayed, and shared in meaningful fellowship (Acts 4:23-24). Their home was the center for a committed group of believers both in good times and in very challenging times — ground zero for the leadership of the early Jerusalem church (Acts 12:12-17).

For John Mark, the story of Jesus and the beginning of the early church were not parts of some stale history he had learned; it was the life he had experienced. Mark's journey of faith, however, was a lot like many of our stories. He experienced moments of great blessing and also times of deep disappointment. Many believers today know that Mark was a massive failure as a young man. That failure could have ruined his influence for Jesus, soured his heart toward church leaders, and embittered his heart to ministry. Thankfully, with the help of Barnabas, God's love, mercy, and grace triumphed over Mark's desertion, self-disappointment, and the painful disagreements his actions created. His story goes something like this. 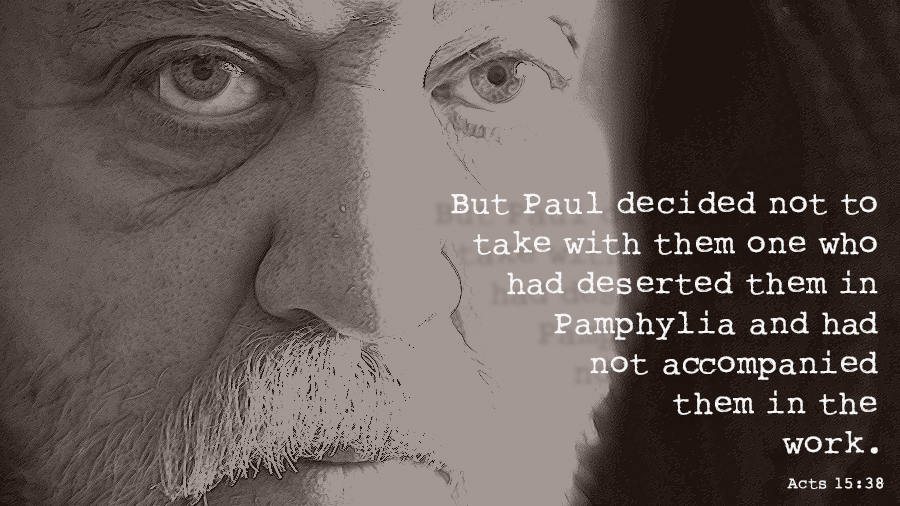 Barnabas selected John Mark to accompany him and Paul on their first missionary journey (Acts 13:1-5). Sent out on mission by the growing church in Antioch, Satan made sure this team faced significant opposition. As circumstances worsened, Mark deserted the mission team and returned home (Acts 13:13). When the time came for Barnabas and Paul to begin their second missionary campaign, Barnabas wanted to take John Mark with them, again (Acts 15:37). Paul was adamant: Mark could not go with them (Acts 15:38). Barnabas protested Paul's decision. Paul dug in and refused. This sharp disagreement between Paul and Barnabas over the young man tore apart this incredible mission team (Acts 15:39).

The Lord, in his graciousness, used this apparent disaster to bring his unexpected blessing through Paul, Barnabas, and John Mark, by redeeming their mess in two stages:

Over time, Paul discovered that Mark's faithfulness, ability with spiritual documents, and familiarity with the story of Jesus, were very useful to his ministry (2 Timothy 4:11). During the dark times of imprisonment as Paul neared the end of his life, he repeatedly told other believers about Mark's importance to him (Colossians 4:10; 2 Timothy 4:11). Somewhere along the hard road that Paul had walked, the old apostle had changed his estimation of Mark. They had reconciled. They had re-partnered to serve Jesus together.

This version of the story, however, is only half of the truth — Paul's half. Yes, Paul was gracious to welcome John Mark back into a relationship. However, we can quickly skip over the role that John Mark played in this healing. Mark had failed. His failure was widely known. The apostle Paul had rejected him for his failure. And that failure spit up the great mission team of Barnabas and Paul. These were considerable obstacles to overcome in the minds of others. They were also difficult challenges to overcome because of Mark's potentially deep-seated feelings of shame, failure, and rejection. Sadly, in most human relationships — even those relationships involving brothers and sisters in Christ — these kinds of wounds often result in the permanent loss of friendship and partnership. 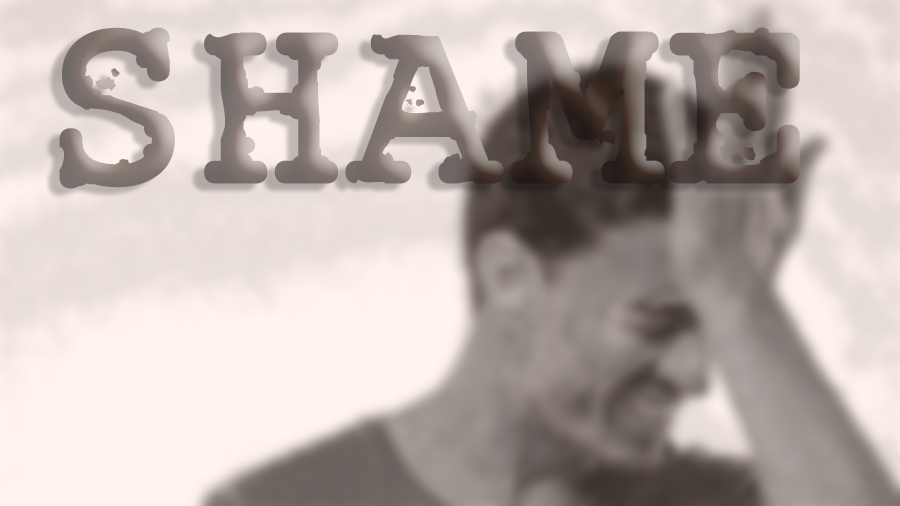 Mark, however, refused to allow his past hurts and failures to destroy his future relationship and partnership with Paul. John Mark stood by Paul through his imprisonments when most others, especially Paul's fellow Jewish friends, abandoned the old and imprisoned apostle. Mark's faithfulness came at significant risk of being imprisoned. Mark also risked the rejection of fellow Jewish believers who were suspicious of Paul. Nevertheless, Mark released his past wounds to forgiveness in the light of Paul's need for a faithful friend. Mark's early failure wasn't fatal because he refused for it to be the final word about his relationship with Paul. Now, when the old apostle was most vulnerable and needed help to continue to influence churches for the future, John Mark stood by him.

For me, there is much to learn in this journey of God's servants. Paul's side of things in this ministry pain could have focused on disappointment in someone trusted. John Mark's side of the story could have focused on disillusionment with oneself and the overly harsh judgments of others. Thank God, neither of these men let their disappointment and disillusionment have the final word. Shame and resentment must not be allowed to triumph in our relationships. Our God is the God of unexpected opportunities, fresh hope, and new life. I must keep the door open for the Holy Spirit to reopen doors of relationship, friendship, and ministry. We must trust that the Holy Spirit can heal the painful wounds of our failures. Jesus brought each of us out of darkness into the light of his love, mercy, grace, and power. To be Jesus' effective servants, we must share the love, compassion, and forgiveness that we have received from the Lord, with others — even others who have rejected or disappointed us.

Somewhere along the hard road that Paul had walked, the old apostle had changed his estimation of Mark.
Paul said it clearly, this way:

Be kind and compassionate to one another, forgiving each other, just as in Christ God forgave you (Ephesians 4:32).

I know Jesus smiled when John Mark and Paul reconciled, partnered, and shared ministry as valued brothers. How about we make sure Jesus is still smiling today because we chose to follow the examples of John Mark and Paul. After all, the Lord said:

For if you forgive other people when they sin against you, your heavenly Father will also forgive you (Matthew 6:14). 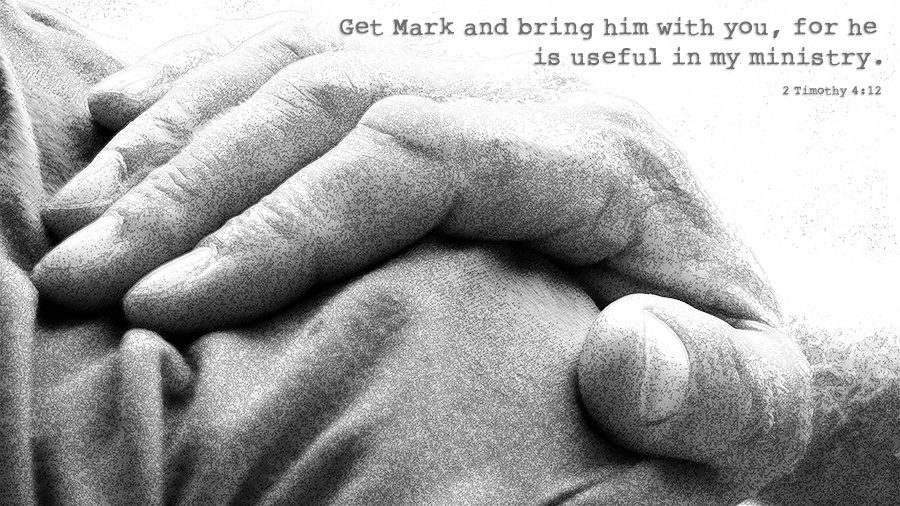 "Jesus Smiled" by Phil Ware is licensed under a Creative Commons License. Heartlight encourages you to share this material with others in church bulletins, personal emails, and other non-commercial uses. Please see our Usage Guidelines for more information.