Why forgive someone for this kind of thing? 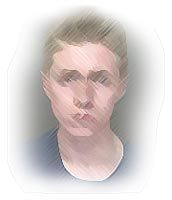 by Rubel Shelly (11/03/2005) | Special Features
Almost a year ago now, a handful of teen-agers put a series of dreadful events in motion. They stole a credit card. Then they used it to buy some DVDs and video games. Next they went to a grocery store and bought a series of items. And they hit the road. The worst event of the night was yet to come.

From the backseat of the car, one of them got the bright idea of throwing some of the things in the grocery sack at vehicles in the oncoming lane of traffic. One of the missiles he launched was a 20-pound frozen turkey! It doesn't take a genius to figure out the lethal damage something so heavy and so hard could do at highway speeds. One could only hope nobody was hit by it.

Victoria Ruvolo was unfortunate enough to be in the wrong place at that terribly wrong time. The frozen bird came crashing through the windshield of her car and hit her flush in the face — shattering every bone in Ms. Ruvolo's face. She somehow survived her injuries! Then came two weeks of drug-induced coma, several surgeries, and months of rehabilitation. She suffers several permanent impairments from the trauma she suffered that night in November 2004.

Last week she saw the young man who did her such harm for the first time. She was in court to witness the sentencing of 19-year-old Ryan Cushing. With the multiple felony charges initially lodged against him for the attack, Cushing could have been sentenced to as many as 25 years in prison.

He got only six months in jail and five years probation. Now before you go ballistic about the leniency and irresponsibility of our courts, you need to know that Ms. Ruvolo is the person responsible for the light sentence. She pressed the district attorney to temper justice with compassion in the hope that Ryan won't lose his adult years in prison because of his stupid, criminal behavior that night.

After the sentence was pronounced, Ryan approached his victim to apologize. She embraced him and tried to comfort him while he sobbed his remorse. Although Ruvolo made no statement to the press, the boy's lawyer said she whispered to Ryan that she loves him and wants him to behave and enjoy his life.

"Had she taken a different position than she did," he said, "my client would have been incarcerated for many years. This to me is a very spiritual thing."

Ryan approached his victim to apologize.
Maybe Ryan learned that "turkey toss" is not a cute prank for the highway. And maybe the rest of us can be reminded that the mercy we have all received from God and other important people in our lives opens creative new options.

Forgive as God, in Christ, has forgiven you. (Ephesians 4:32)

"Compassion He Didn't Deserve" by Rubel Shelly is licensed under a Creative Commons License. Heartlight encourages you to share this material with others in church bulletins, personal emails, and other non-commercial uses. Please see our Usage Guidelines for more information.

Jesus' Loose Lug Nuts and His RagTag Band
Could it be that we are more afraid of being contaminated by the world than motivated by Jesus to be salt and light?

ToGather: A Party for Jesus with Sinners? (May 31, 2020)
Let's awaken our hearts to the greatness of God, the assured hope we have in our future with Jesus, and our mission to take Jesus' grace to the world.

This Is Our Story, Too! (SOR 4.0)
The more most of us examine our past, the more we realize that our family tree is full of interesting stories that have shaped our identity.

Donny, Marie, and LeBron: Real People, Real Words
We actually exchanged real words with both of them. It was amazing. Would you believe that they are both real living, breathing human beings?

Beyond Our Impatience, Loneliness, and Fear
What if loneliness has an invitation for a great discovery about God?

Crown Him!
Followers of the Prince of Peace aren't necessarily skilled at experiencing peace with people who cherish different opinions about important matters.