Jesus doesn't abandon us in our fire failure. 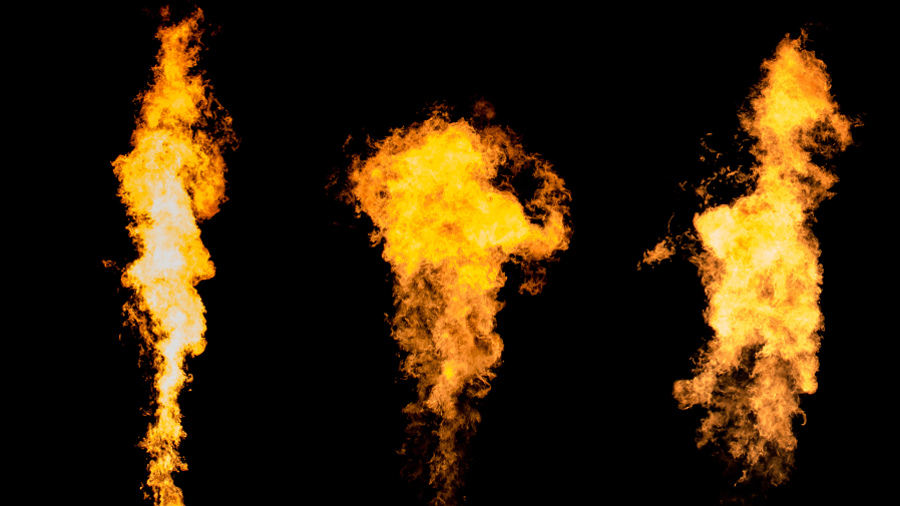 [Jesus said to Simon Peter,] "Simon, Simon, Satan has asked to sift all of you as wheat. But I have prayed for you, Simon, that your faith may not fail. And when you have turned back, strengthen your brothers" (Luke 22:31-32).

In a little over fifty days, the apostle Peter experienced the presence of Jesus around three fires. These three fires refined and redefined the outspoken and often-flawed fisherman Jesus chose to lead his band of ragamuffin world-changers. If we allow Jesus to join us around our version of these three fires, he will refine and redefine us, as well.

Fire 1: The Fire of Failure: 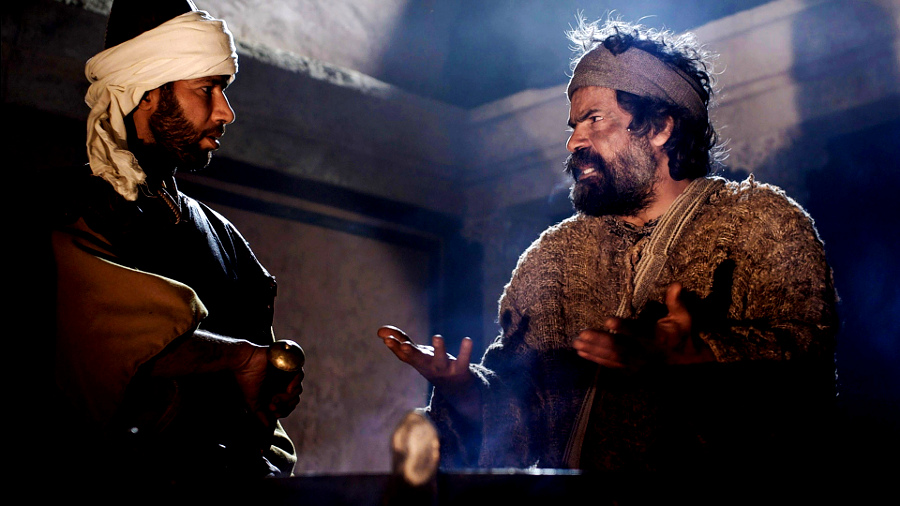 At his crucifixion, Jesus said, "Father, forgive them, for they do not know what they are doing" (Luke 23:34). His words weren't just for those who crucified him. They were also for his apostles who had abandoned him and run for their lives (Mark 12:50) and for Peter who had failed so miserably. While Peter may have abandoned Jesus at the fire of failure, Jesus had not forsaken him. If we take the Lord's words seriously, Jesus suggests Peter's faith hadn't failed; just his nerve (Luke 22:31-32). He believed Peter would turn around and be the one to strengthen his fellow apostles! Which makes the second fire so important!

Fire 2: The Fire of Forgiveness:

Later, Jesus made sure his eyes met Peter's around a second charcoal fire (John 21:9 NLT), one where the Lord cooked some of his apostles a nice fish dinner on the beach (John 21:1-19). The moment was uncomfortable for Simon Peter. Jesus challenged him about claiming to love his Lord more than the other disciples did (John 21:15). Jesus confronted Peter about his failure three times (John 21:17), just as Peter had denied him three times.

Peter was broken, but the Lord didn't abandon Peter in his brokenness at this second charcoal fire. Instead, just as Peter had denied his Lord three times, Jesus now affirmed his call to Peter to be a shepherd, three times (John 21:15-17). The Lord would use this second fire, the fire of forgiveness, to draw near and reclaim Peter for useful service to a broken world. Peter responded with repentance; he turned to follow Jesus passionately and faithfully the rest of his life. 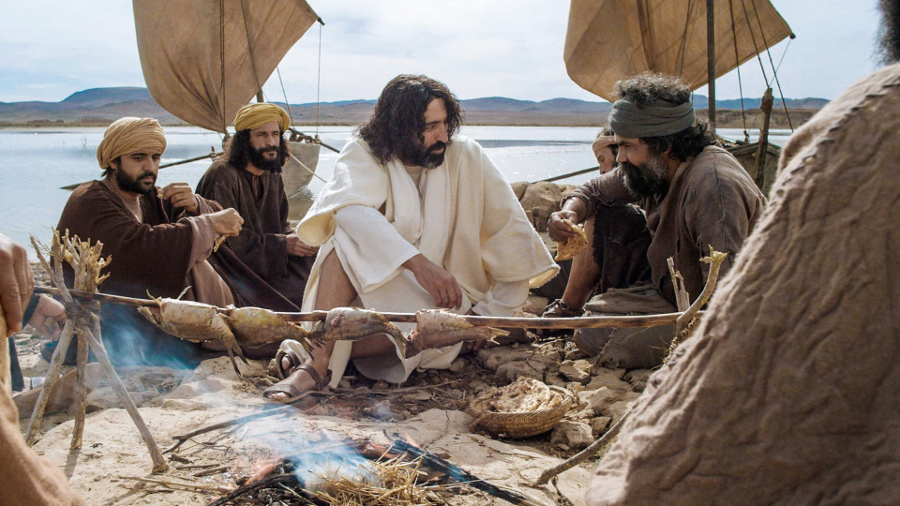 Far from abandoning Peter on this day of a new future, the Lord poured his Spirit to enable Peter and his brothers to begin a new future. The weak suddenly became strong. The timid now grew courageous. The defeated were unstoppable.

Jesus poured out this new fire of the Spirit. It was a fire that could not be stopped or contained. This fire would spread Jesus' new future to everyone who would believe that the crucified Jesus had triumphed over death and was now both Lord and Christ. Everyone could have their sins removed by this fire. Jesus would send this same Spirit as their gift of new life because of their faith and baptism based on his authoritative name (Acts 2:38-41).

The Lord began a flame that still burns through that tiny group of men and women and that faltering egotistical fisherman named Peter. This fire of the future is why you and I need to realize the importance of the three fires of Simon Peter. Those three fires are our fires, too.

The Lord began a flame that still burns.
Jesus doesn't abandon us in our fire failure. No matter what we've done, how we've disappointed ourselves and others, or how badly we have failed, he doesn't abandon us. He sees and knows and cares about our failure. He comes to us in those failures and redeems us from them (Romans 5:6-11).

The Lord never abandons us at the fire of failure. He longs for us to turn back to him. He may confront us to reclaim us. He may hem us in to call us back to his service. He may let us suffer the consequences of some of our rebellious mistakes. But, he will not abandon us in our failure. Jesus is waiting for us to make that turn at the fire of his forgiveness!

And, the Lord won't abandon us in the future! Because if we have heard his call and turned to follow him, he won't leave us or forsake us (Hebrews 13:5-6). Jesus' love will break through any barrier that the evil one establishes, and our shame erects to separate us from his love (Romans 8:32-39). The fire of the future, the power of the Holy Spirit, is at work always to shape us, remake us, and redefine us to be more like Jesus (2 Corinthians 3:18). Jesus' grace promises us a new future built around the fire of the Holy Spirit he has poured out on us to empower us beyond anything that we can imagine (Ephesians 3:14-21). Jesus is Lord of our three fires, and because of that, everything has changed!

At one time we too were foolish, disobedient, deceived and enslaved by all kinds of passions and pleasures. We lived in malice and envy, being hated and hating one another. But when the kindness and love of God our Savior appeared, he saved us, not because of righteous things we had done, but because of his mercy. He saved us through the washing of rebirth and renewal by the Holy Spirit, whom he poured out on us generously through Jesus Christ our Savior, so that, having been justified by his grace, we might become heirs having the hope of eternal life (Titus 3:3-7).

Jesus is Lord of our three fires. We choose which of the three fires we will use to warm our lives. We don't need to dwell around the fire of our failure. We don't even need to linger at the fire of forgiveness because Jesus has built us a third fire — a fire of hope and salvation. It's a fire that burns to warm every man and woman, each one of us, young and old, whether we are in bondage or feel free. That fire burns for each person across every human barrier that separates us. The Lord wants to meet us around this third fire and empower us into his glorious future for us and the world.

Let's choose to warm ourselves around that third fire! 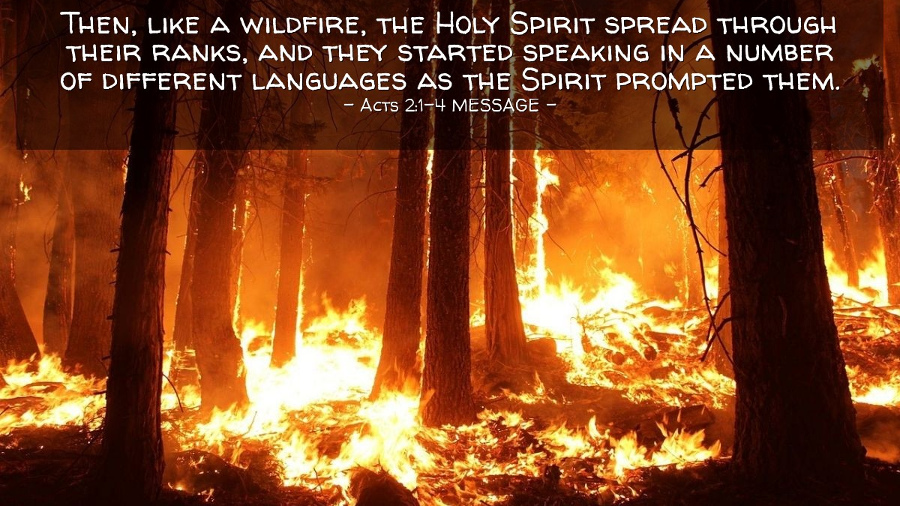 Special thanks for the use of images related to Jesus' ministry from The Lumo Project and Free Bible Images for use on this week's post, "The Jesus Window"!

"Three Fires" by Phil Ware is licensed under a Creative Commons License. Heartlight encourages you to share this material with others in church bulletins, personal emails, and other non-commercial uses. Please see our Usage Guidelines for more information.