A Touch of Grace in Horrific Moments

If we are willing to get our hands dirty to show loving respect, God will use us to be his touch of grace in times of horror. 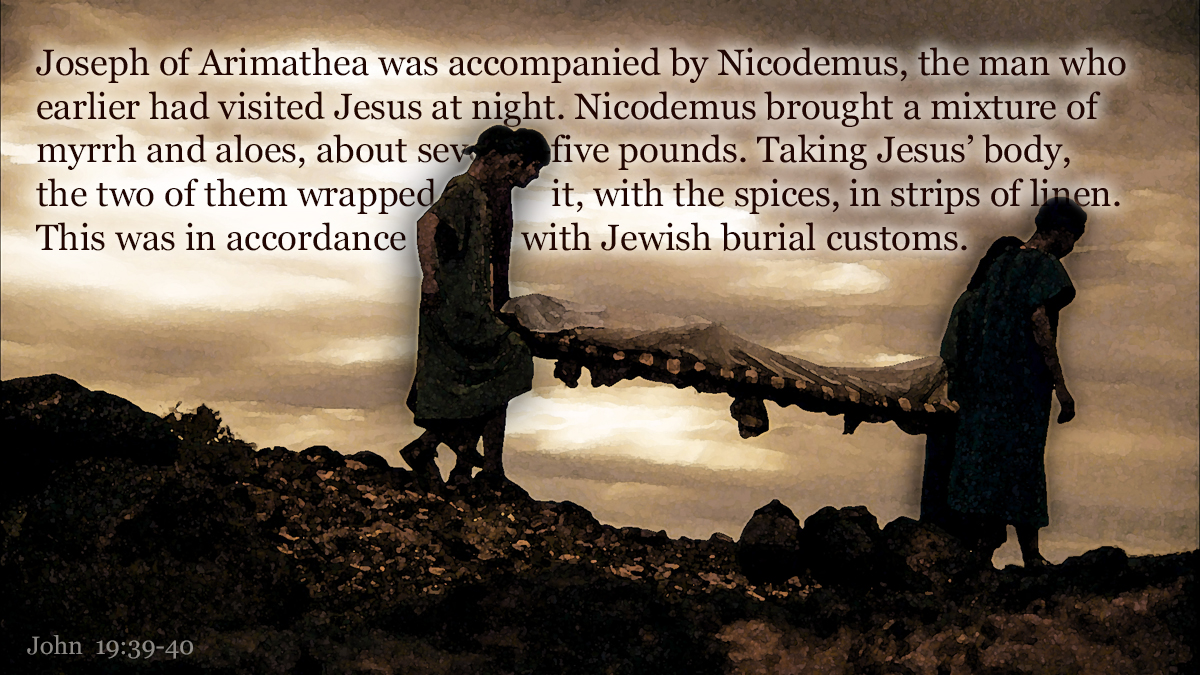 This year I am using "The Bible Recap" with Tara Leigh Cobble as one of my daily Bible reading plans. I enjoy this trip through the Bible, Tara Leigh's down-to-earth and witty comments, and her deep love for finding joy in her relationship with God. Recently as I was plowing through some of the harrowing stories involving David and Saul, I came to the bitter ending of Saul and David's beloved friend (and Saul's son) Jonathan. The words of Scripture are brutally realistic and portray the horrific reality of our world when people are at war:

The next day, when the Philistines came to strip the dead, they found Saul and his three sons fallen on Mount Gilboa. They cut off his head and stripped off his armor, and they sent messengers throughout the land of the Philistines to proclaim the news in the temple of their idols and among their people. They put his armor in the temple of the Ashtoreths and fastened his body to the wall of Beth Shan.

When the people of Jabesh Gilead heard what the Philistines had done to Saul, all their valiant men marched through the night to Beth Shan. They took down the bodies of Saul and his sons from the wall of Beth Shan and went to Jabesh, where they burned them. Then they took their bones and buried them under a tamarisk tree at Jabesh, and they fasted seven days

That same day, my daily Bible reading in the gospels had me in John 19, the crucifixion of Jesus. After reading what happened to Saul and his sons, I could hardly bear reliving the crucifixion of Jesus. The ruling religious leaders in Israel propelled the brutality, mockery, jeering, and humiliation Jesus endured. I began to wretch as I tried to enter into these stories and experience them with all of my senses as if I had been present. Reliving these events was horrific and overwhelming. Then, the Holy Spirit began to re-awaken me to the beautiful grace in both of these stories.

Do you recall how the crucifixion ends in John 19? Read John's powerful account:

Later, [after Jesus had died,] Joseph of Arimathea asked Pilate for the body of Jesus. Now Joseph was a disciple of Jesus, but secretly because he feared the Jewish leaders. With Pilate’s permission, he came and took the body away. He was accompanied by Nicodemus, the man who earlier had visited Jesus at night. Nicodemus brought a mixture of myrrh and aloes, about seventy-five pounds. Taking Jesus’ body, the two of them wrapped it, with the spices, in strips of linen. This was in accordance with Jewish burial customs. At the place where Jesus was crucified, there was a garden, and in the garden a new tomb, in which no one had ever been laid. Because it was the Jewish day of Preparation and since the tomb was nearby, they laid Jesus there (John 19:38-42).

There are unfixable and unpreventable seasons in a person's life. There are moments in the unfolding world history when our actions feel small and insignificant. When a human body begins to shut down, we can feel helpless. Once we've prayed, we can't do much to prevent the bitter end of the mortal body of another person, no matter how much we love them.

What difference can we make?

What can we say when the forces of this violent world speak their harsh reality into the lives of the people we love?

Thankfully, the Holy Spirit shared God's gracious word when he whispered this truth in my heart:

Let's be that touch of grace!
Phil, no matter how horrific, gruesome, and unfair death can be, you are Jesus' servant called to offer a touch of grace to someone going through life's most horrific moments. If the valiant men of Jabesh Gilead can travel all night and risk their lives to steal the desecrated bodies of Saul and his sons to give them a respectful burial, then you can offer a touch of grace to others in their grief. Joseph of Arimathea and Nicodemus tenderly and personally cared for the mangled body of Jesus after his crucifixion. They risked their positions and public respect as they endangered their lives to give Jesus a proper burial. Can't we offer kindness and love to those who are grieving?

God used this awful pair of Bible readings to comfort and challenge me. You and I need to be tender, brave, kind, risk-taking, and loving to those who grieve. You and I must offer a touch of grace to those suffering. You and I can love those who have lost someone precious to the cruelties of death and our world's inhumanity. You and I can be like the valiant men of Jabesh Gilead, Joseph of Arimathea, and Nicodemus!

We bring kindness in the middle of harsh mortal realities. So we say "No" to such trite platitudes that are hurtful. The most important things we can say at such moments are what the valiant ones of Jabesh Gilead, Joseph, and Nicodemus said. Nothing! They found ways to DO something to be a blessing. They served by being God's touch of grace in a time of horror. So, shouldn't our words be few and our love be genuine, and our actions demonstrate our love and respect for those who have lost loved ones to death.

If we are willing to get our hands dirty to show loving respect, God will use us to be his touch of grace in horrific times. So many need this grace but seldom receive it. Let's be God's touch of grace!

"A Touch of Grace in Horrific Moments" by Phil Ware is licensed under a Creative Commons License. Heartlight encourages you to share this material with others in church bulletins, personal emails, and other non-commercial uses. Please see our Usage Guidelines for more information.

More Than What's in The Sacred Page
When Jesus was hungry, alone, and had been contemplating his mission that would end on a cross, Satan's temptations were quite enticing!

Nicos and Yosef Save Easter?
The real question is whether or not we will choose to follow Jesus from the cross, to the tomb, and into the new life that Jesus' resurrection brings?