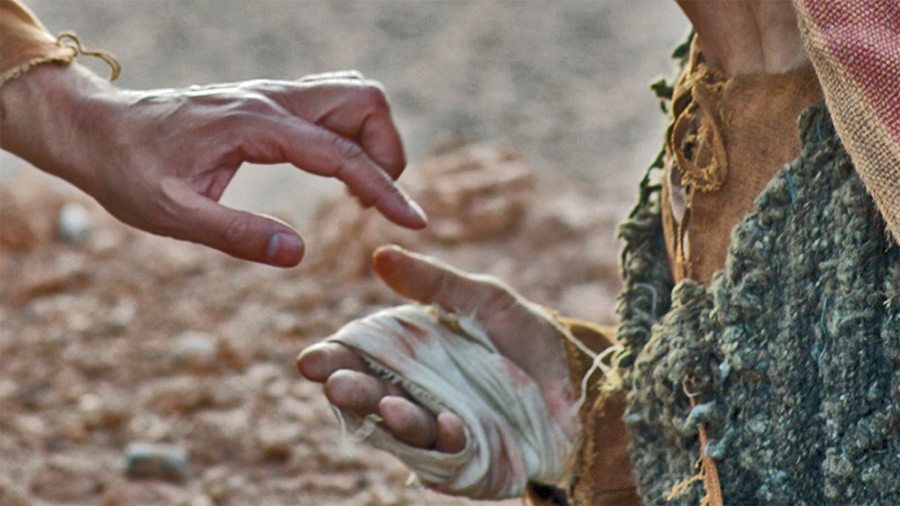 Touch has always been important to me. As a boy with a touch of ADD — or maybe a lot more than a touch of ADD — I was never good at sitting still. (Some people believe I became a preacher because I had difficulty being still in church during a sermon.)

When I was a little boy, my dad would set me on his lap, and I would be still for 5 or 10 minutes at a time. His secret? He would lightly stroke the lines on my hands. His gentle touch would calm me. I would gladly be still, sit quietly, and sometimes go to sleep feeling his loving touch on my hands. This little secret worked on both of my children, who, when restless, would hold their hands up to me and say, "Lines, daddy, lines!"

Years later, nothing calms my soul quite like my wife, Donna, gently stroking my back or tousling my hair as I go to sleep. Donna's gentle and soothing touch reaches all the way down into my soul! I feel loved. I feel safe. I feel relieved of my problems, responsibilities, and deadlines. I fall fast asleep, joyous and unburdened from the world and its pressing demands.

Jesus was a toucher. He offered to let his apostles touch his wounds received during his crucifixion to validate his physical resurrection. When you read the stories of his life in Matthew, Mark, Luke, and John, you see him touch all sorts of people — like a dead little girl to raise her from the dead, a blind man's eyes, and the dirty, stinky feet of the apostles. He also allowed people to touch him — like a sinful woman of the city and a woman with a flow of blood who pushed through the crowd.

John, the beloved disciple, speaks beautifully of Jesus' ministry of touching and being touched with these words:

Jesus is our tactile Savior. He touched and was touched by the mess of our humanity. He didn't run away. He didn't jump up and wash his hands. He stayed. He touched. He felt. He healed. He made whole. He allowed himself to be soiled by the very dust of our existence.

Once I realized that Jesus was a toucher, I was totally captured by Mark's story of Jesus touching a man with leprosy:[TOUCHING]

It's time we went somewhere else — the next village, maybe — so I can tell more people the good news about the kingdom of God. After all, that's the reason I'm here.

So He traveled to the next village and the one after that, throughout the region of Galilee, teaching in the synagogues and casting out unclean spirits.

A leper walked right up to Jesus, dropped to his knees, and begged Him for help.

If You want to, You can make me clean.

Jesus was powerfully moved. He reached out and actually touched the leper.

And at that very moment, the disease left him; the leper was cleansed and made whole once again

I cannot over-emphasize the profound impact this event in Jesus' ministry had on my heart when I heard it clearly for the first time. Jesus touched the man with leprosy BEFORE he healed him. Jesus did what he was prohibited from doing; he touched a leper. He became unclean. He willingly exposed himself to a man and his illness even though the man was shunned and feared by the crowds because of his illness. Jesus entered into the world of ostracism, brokenness, illness, isolation, and death to rescue a person and make that person fully whole again.

Jesus never saw a leper. Instead, he saw a man with leprosy who needed to be loved and healed. He loved this man personally — a man who had been pushed to the brink of survival and isolated to the outskirts of humanity by religious laws. Jesus's humanity and compassion — placing human need above the religious law — stirs something deep inside me. We see the gospel demonstrated; the truth of God's grace told beautifully, simply, succinctly, and fully in a single touch.

The example of Jesus beckons us to join our Lord and Savior in touching the unlovable, the marginalized, the sinful, the forgotten, the isolated, and the sick. We need to ask ourselves each morning, "Who am I going to touch with the grace of Jesus today?" 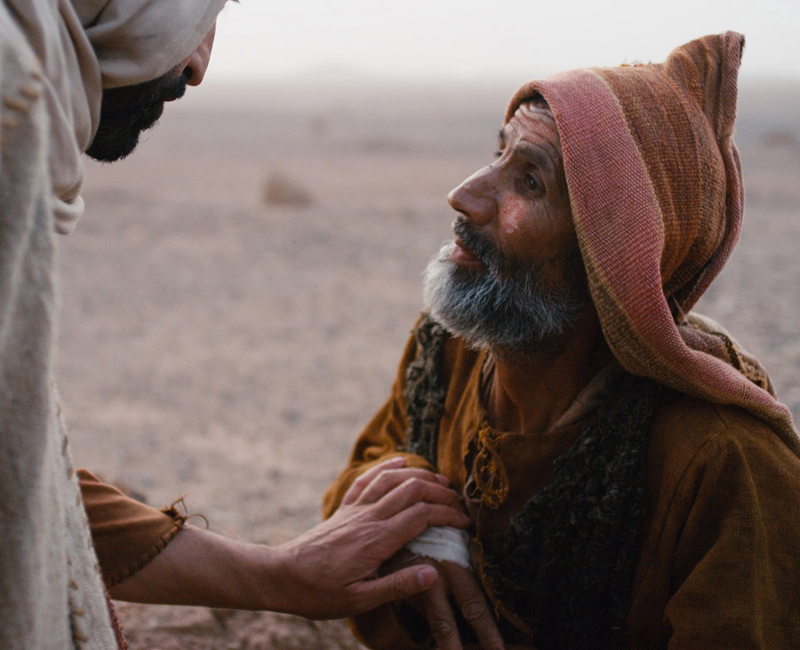 He allowed himself to be soiled by the very dust of our existence.
[THEVOICE] For this series, unless otherwise indicated, the Bible verses will come from The Voice translation. The references are also linked to the NIV for comparison.

[TOUCH] This post is part of a series focused on learning to touch the broken and impact their lives in ways similar to Jesus' ministry to the man with leprosy (Mark 1:35-45).
[BACK2POST]

"Finding Jesus' Heart for Ministry: Touch" by Phil Ware is licensed under a Creative Commons License. Heartlight encourages you to share this material with others in church bulletins, personal emails, and other non-commercial uses. Please see our Usage Guidelines for more information.