If Jesus was truly raised from the dead, then this new reality would call for Thomas to radically re-orient his life 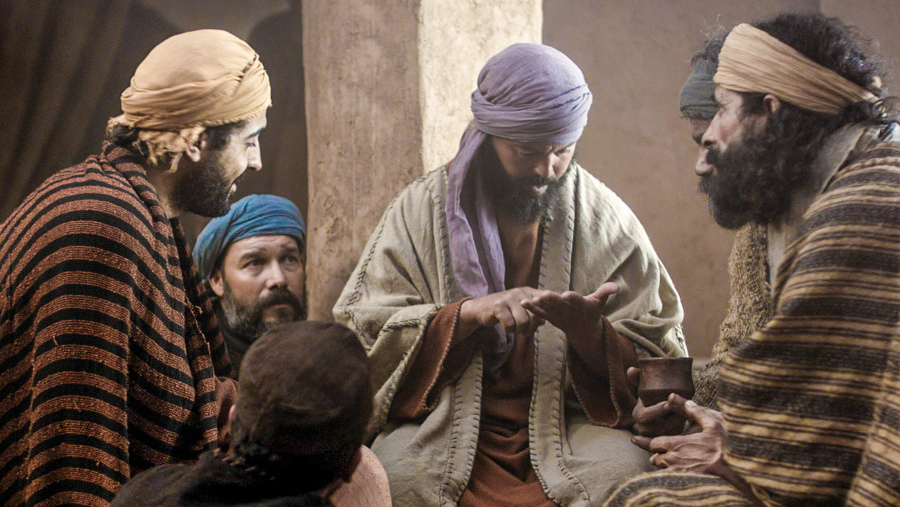 [Let me tell you about] the gospel of God — the gospel he promised before and through his prophets in the Holy Scriptures regarding his Son, who as to his earthly life was a descendant of David, and who through the Spirit of holiness was appointed the Son of God in power by his resurrection from the dead: Jesus Christ our Lord (Romans 1:4-5).

"Unless…" We must not rush past Thomas' demand for proof!

We must not confuse Thomas' demand with uncertainty or doubt. His "Unless..." would have never been uttered if he hadn't demanded to know for certain that Jesus was alive. After all, the Jesus Thomas had loved, the Jesus he had followed, was the Jesus who had died so gruesomely, utterly rejected and humiliated, leaving Thomas and his friends devastated, fearful, and without hope.

While some view Thomas as far less than a hero, I love Thomas' reaction to the other disciples:

Now Thomas (also known as Didymus), one of the Twelve, was not with the disciples when Jesus came. So the other disciples told him, "We have seen the Lord!"

But he said to them, "Unless I see the nail marks in his hands and put my finger where the nails were, and put my hand into his side, I will not believe"

I am so thankful for Thomas. He doesn't mention doubt. There is nothing said about Thomas doubting in the Bible. "Doubting Thomas" is our title for him. The truth is far harsher: Thomas didn't doubt. Thomas wouldn't believe. 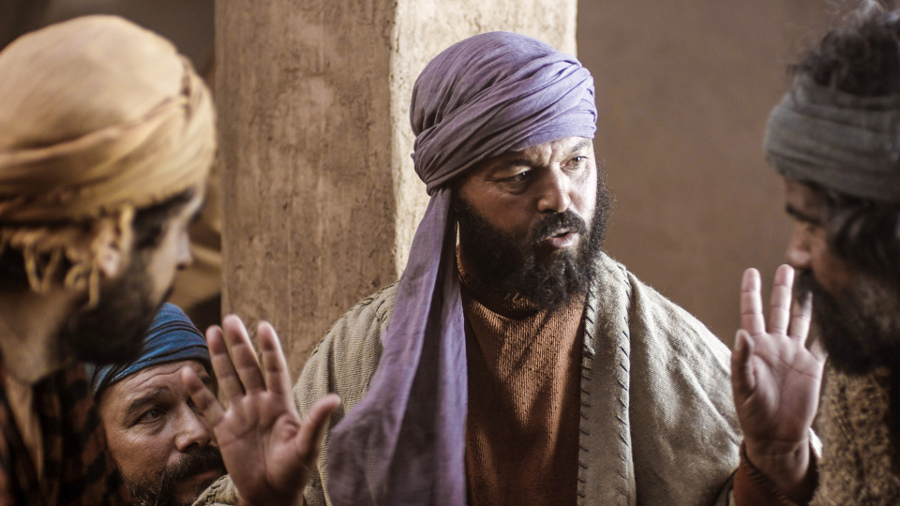 "Unless…" Don't rush past Thomas' demand for proof!

He needed more than a few friends getting all excited about an idea before accepting their idea as his reality. He wanted hard evidence that Jesus was raised from the dead before he would have a faith he owned for himself.

We live in a day when so few people look at anything critically. We will buy almost any story on the internet if it supports our biases. We want to be part of groups that share our prejudices. We want to connect with ideas and movements that excite us and attach us with others who are like us. Thomas could have acquiesced to the opinion and pressure of his buddies. He didn't. He wouldn't!

He had to know for sure that Jesus had triumphed over death and was alive. If Jesus had defeated death through resurrection, then this new reality would call for Thomas to radically re-orient his life. The truth of a resurrected Jesus meant that Jesus was even higher than the person Thomas had followed for over three years. This reality — and the resurrected Jesus behind it — would call him to give up everything to help others know Jesus and who he was. He was ready to do that if he could know it was true, but he wouldn't believe it.

"Unless…" We can be thankful that Jesus helped him with his demand! 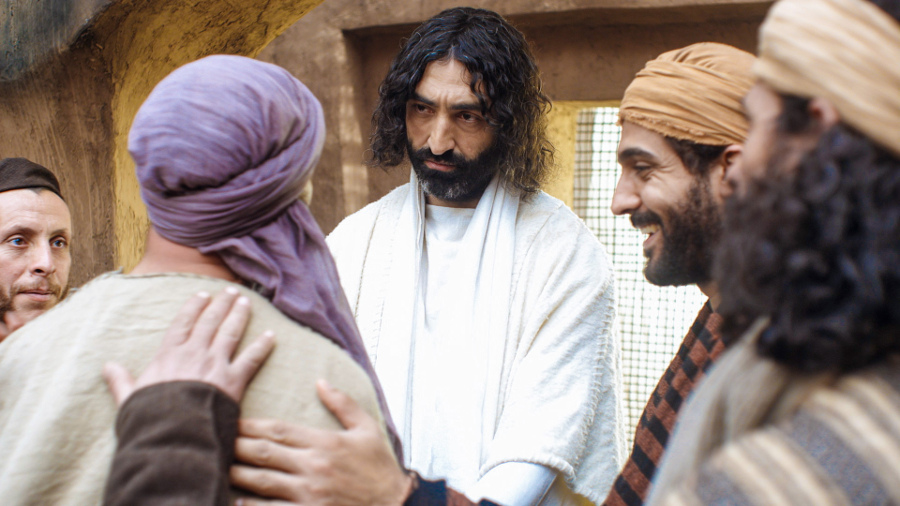 A week later his disciples were in the house again, and Thomas was with them. Though the doors were locked, Jesus came and stood among them and said, "Peace be with you!" Then he said to Thomas, "Put your finger here; see my hands. Reach out your hand and put it into my side. Stop [disbelieving] and believe" (John 20:26-27).

In my world, there is a big difference between doubters and those who won't believe. There is a harder edge toward faith when someone has chosen not to believe. Thomas emphatically said he "certainly would not believe" (John 20:25):[NOTE] he had made a choice, a commitment, not to believe.

So, Jesus gave Thomas undeniable proof that he was alive after being dead. He gave him similar proof to what he had given the other disciples when he had asked those disciples to touch him and then ate fish with them after his resurrection (Luke 24:36-43). Jesus told Thomas, "Put your finger here; see my hands. Reach out your hand and put it into my side."

Why am I making such a big deal about disbelieving and believing? Because of Thomas' reaction to Jesus who demonstrated that he was alive, triumphant over death and the grave. Once he realized that Jesus was truly alive, this was his reaction:

John had told us at the beginning of his good news story of Jesus that Jesus was God — creator, eternally existent, the source of light and life (John 1:1-13). John also told us that Jesus was God walking among those he created and making known to them how the eternal and almighty God loves us and cares for us (John 1:14-18). John wanted everyone to know that any title given to Jesus, any description of Jesus as a great teacher, a powerful spiritual being, or a great man, is an insult to Jesus. Such depictions fall far short of Jesus and his true identity!

The resurrected Jesus demonstrated that he was alive to Thomas. His victory over sin, death, and hell show us that he is both "Lord and God"! So, the real question for you and me is whether or not each of us will join Thomas and call Jesus "My Lord and my God".

If we truly believe in Jesus' resurrection, we are called to confess and live with Jesus as our Lord and God!
We must not limit Jesus to being a mascot for our faith. He must not be someone we say we believe and yet ignore his example and his teaching. If Jesus is Lord and God, he must be THE authority for our spiritual decisions and the way we live our lives each day. How Jesus treated people must be how we treat people. The truth that Jesus taught must be our truth. We must filter all of our interpretations of Bible understanding through the ultimate truth we find in Jesus. We can never be right about what we say is important to us as Christians if we say it or portray it or treat people in a way that isn't consistent with what Jesus said and did. We can't water our morality down merely because it doesn't fit our modern culture if Jesus taught a higher morality. We cannot hold prejudices against other peoples, races, or cultures if Jesus reached out to them, included them, and cared for them. If Jesus is Lord and God, then we must change our lives and align our priorities with him! 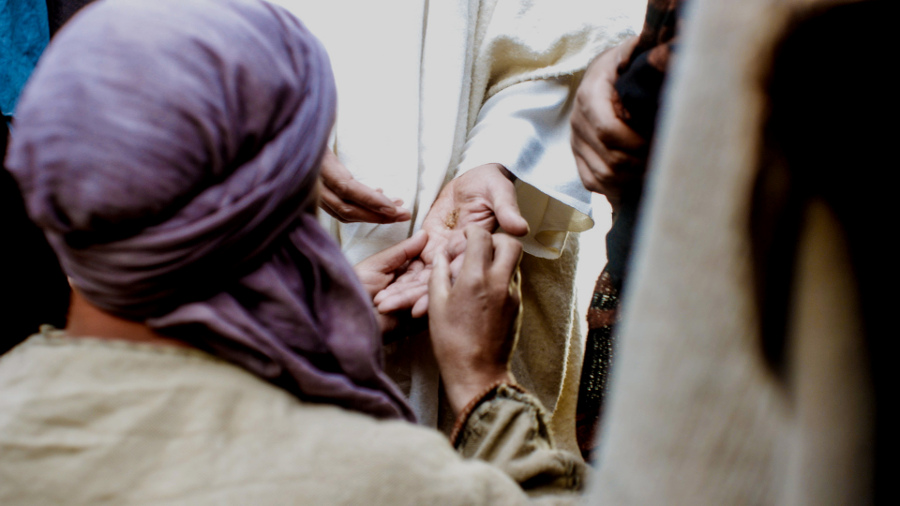 If we truly believe in Jesus' resurrection, we are called to confess and live with Jesus as our Lord and God! Like Thomas, we must know that a resurrected Jesus calls us to see him differently than religion has portrayed him to be. A resurrected Jesus demands that we honor Jesus differently than those who want to be their own god and water Jesus down to be who they want him to be. A resurrected Jesus demands that we must not pigeon hole him into a spiritual authority that only supports our group to the exclusion of others or allows us to ignore the lost, broken, and forgotten around us he spent his life trying to save.

However, if we dare join Thomas and hold Jesus as our Lord and God, we are promised God's blessing!

Then Jesus told him, "Because you have seen me, you have believed; blessed are those who have not seen and yet have believed" (John 20:29).

[NOTE] Thomas' words were: οὐ μὴ πιστεύσω ("definitely will not believe"). The double negative (οὐ μὴ) is the way of being both dramatic and emphatic: "certainly not" or "definitely not"!

Special thanks for the use of images related to Jesus' ministry from The Lumo Project and Free Bible Images for use on this week's post, "The Jesus Window"!

"Resurrection 2.3: Unless...!" by Phil Ware is licensed under a Creative Commons License. Heartlight encourages you to share this material with others in church bulletins, personal emails, and other non-commercial uses. Please see our Usage Guidelines for more information.