They stood there, stunned and perplexed. 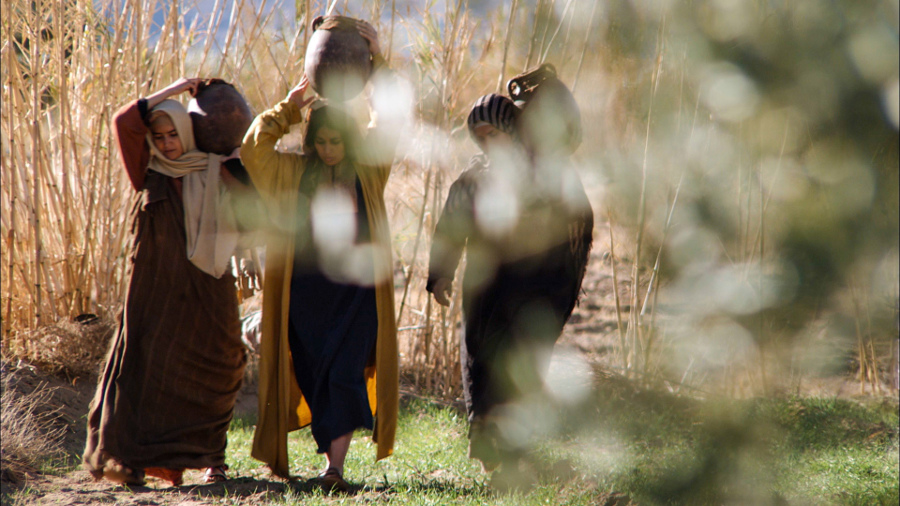 Very early that Sunday morning, the women made their way to the tomb, carrying the spices they had prepared. Among them were Mary Magdalene; Joanna; and Mary, Jesus’ mother. Arriving at the tomb they discovered that the huge stone covering the entrance had been rolled aside, so they went in to look. But the tomb was empty. The body of Jesus was gone!

They stood there, stunned and perplexed. Suddenly two men in dazzling white robes shining like lightning appeared above them. Terrified, the women fell to the ground on their faces.

The men in white said to them, “Why would you look for the living One in a tomb? He is not here, for he has risen! Have you forgotten what he said to you while he was still in Galilee: ‘The Son of Man is destined to be handed over to sinful men to be nailed to a cross, and on the third day he will rise again’?”

All at once they remembered his words. Leaving the tomb, they went to break the news to the Eleven and to all the others of what they had seen and heard.

When the disciples heard the testimony of the women, it made no sense, and they were unable to believe what they heard. But Peter jumped up and ran the entire distance to the tomb to see for himself. Stooping down, he looked inside and discovered it was empty! There was only the linen sheet lying there. Staggered by this, he walked away, wondering what it meant. 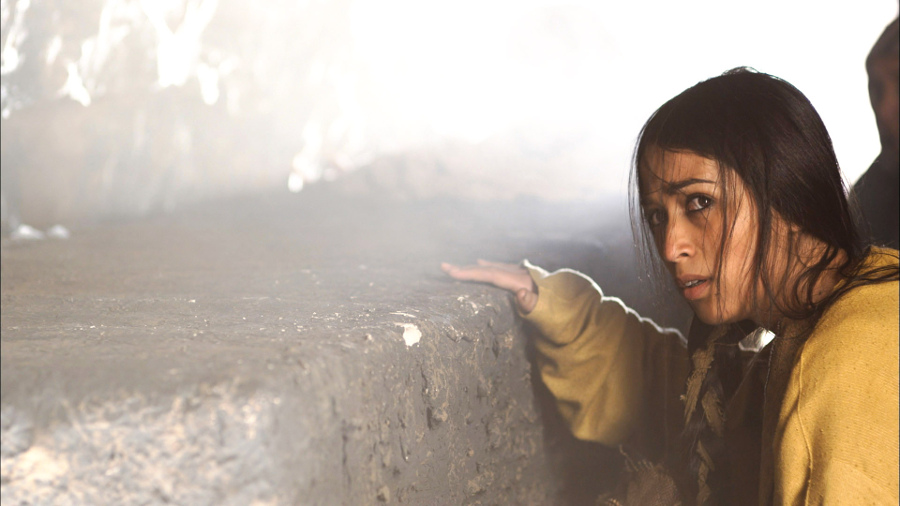 No mortal was present when the Spirit of the living God reanimated the lifeless body of Jesus of Nazareth and validated him as Christ, the Son of God, and our Lord (Romans 1:3-4). We sometimes wrongly talk about the early disciples seeing Jesus raised from the dead. The reality of the resurrection leaves us all a bit “stunned and perplexed” because no human personally witnessed how this incredible miracle occurred when GOD was accomplishing it.

The exact how of the resurrection remains shrouded in divine mystery. The exact who — Jesus of Nazareth — and the truth that God raised Jesus’ lifeless body from death, however, is not so much a mystery. We can be thankful that the truth of Jesus’ resurrection doesn’t depend upon rumors from self-deluded weirdos. While critics may try to raise questions about the resurrection of Jesus or explain it away, the truth of the early believers’ good news depended upon it being true:

And if Christ has not been raised, then our preaching is in vain and your faith is in vain (1 Corinthians 15:14).

If we label the exact moment of Jesus’ resurrection as Resurrection 1.0, then we can rejoice that those who knew Jesus ensure resurrection 2.0 and 2.1, 2.2, 2.3... 2.500+ (1 Corinthians 15:3-8). The changes in those people, the power behind their message and their fearlessness of faith in Jesus when they had first doubted, all testify that GOD made sure Resurrection 1.0 truly happened in our human history. 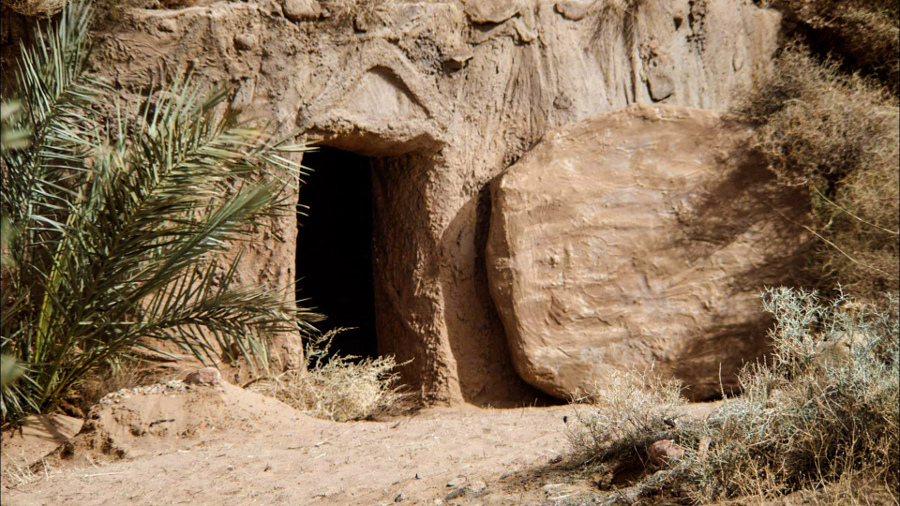 The empty tomb of Resurrection 1.0 didn’t ensure that Jesus was raised from the dead. Only the physical presence of the resurrected Jesus with people who were devastated and terrified at his execution on the cross ensures Resurrection 2.0. For those of us who believe two-thousand-years later, their testimony becomes our hope and our future. Their energized faith, their bold testimony, and their willing sacrifice of their lives to tell others about what they had seen and heard (Acts 4:19) provides the foundation for our faith. Even their most ardent opponents had to acknowledge that they had been with Jesus (Acts 4:13). These witnesses let everyone know that Jesus was not only their message, but he was also the one who had inaugurated their new movement on Pentecost by pouring out the same powerful Spirit that had given him victory over sin, hell, and death in the resurrection (Acts 2:33-36).

Over the next several weeks — as the Lord gives us time — we will look at Resurrection 2.0. We will look at what the earliest believers relied on about the resurrection. My prayer is that this short journey will motivate us to expect in our personal encounter with the resurrected Jesus in ways that he has promised to show himself to us in our day. (The Immanuel Project will be a series of thoughts that will follow our series on Resurrection 2.0.)

Today, however, let’s be thankful for the mystery that is the bedrock of our faith. Let’s rejoice that sin, hell, and death could not hold the body of the one who walked as God among us. Let’s be joyful! No grave can hold those whom GOD Almighty loves because it could not keep his beloved Son in death. We choose to find our hope in him! 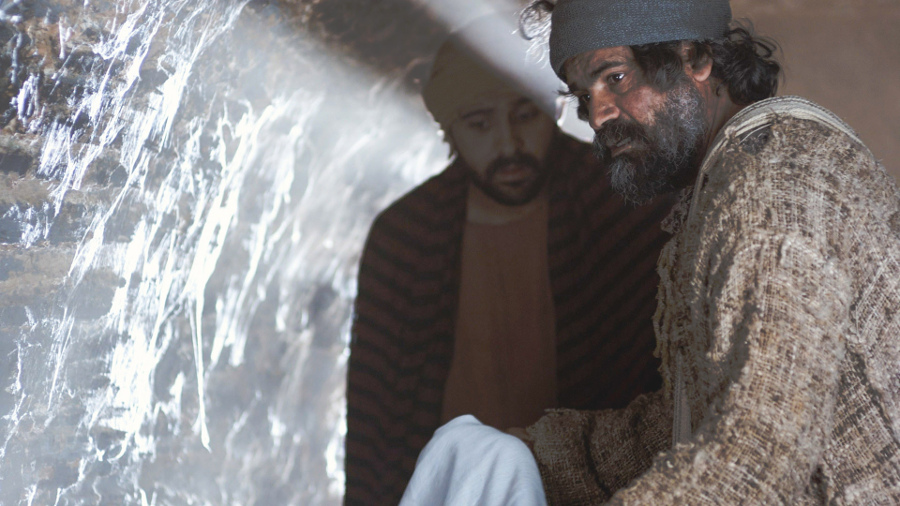 “Why would you look for the living One in a tomb? He is not here, for he has risen!"
Several decades after Jesus’ resurrection, the impetuous Peter and his beloved churches in Asia minor faced persecution. The faithful apostle shared the following words of hope to forge their commitment to faith for the trials ahead:

Praise be to the God and Father of our Lord Jesus Christ! In his great mercy, he has given us new birth into a living hope through the resurrection of Jesus Christ from the dead, and into an inheritance that can never perish, spoil or fade. This inheritance is kept in heaven for you, who through faith are shielded by God’s power until the coming of the salvation that is ready to be revealed in the last time. In all this you greatly rejoice, though now for a little while you may have had to suffer grief in all kinds of trials. These have come so that the proven genuineness of your faith — of greater worth than gold, which perishes even though refined by fire — may result in praise, glory and honor when Jesus Christ is revealed. Though you have not seen him, you love him; and even though you do not see him now, you believe in him and are filled with an inexpressible and glorious joy, for you are receiving the end result of your faith, the salvation of your souls (1 Peter 1:3-9).

For Peter, the resurrection of his Lord was no shallow hope built on circumstantial evidence. Jesus’ triumph over death was the grit out of which he lived and the fire which fueled the movement in his name. Peter would lose his mortal body to this faith confident that no one could keep dead what belonged to his resurrected Lord. He is the epitome of Resurrection 2.0. May such grit and fire be ours today! 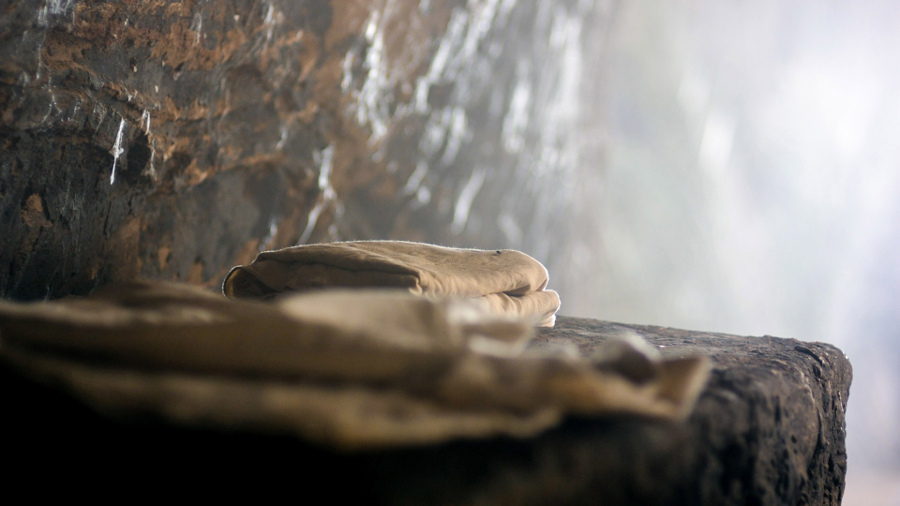 "Resurrection 2.0: The Empty Tomb" by Phil Ware is licensed under a Creative Commons License. Heartlight encourages you to share this material with others in church bulletins, personal emails, and other non-commercial uses. Please see our Usage Guidelines for more information.