How do we deal with the longing?

Most of us have been there — emotionally and physically spent. Things aren't going like we thought they would. Then we hear a sound, pick up an aroma, hear a song, or are reminded of something comforting we have experienced in the past. Suddenly, we can't get it out of our head. We think about it incessantly.

David has gone through a long struggle and tried to handle it honorably. Yet the bottom line remains the same, he is a hunted man and finds himself living in the most rugged places trying to avoid capture and death (2 Samuel 23:13-15).

During the obvious struggles that he faces each day just to survive, there are deeper emotional ones.

No wonder he longs for a simpler time when life's plans were not so murky and God's presence felt so much closer. 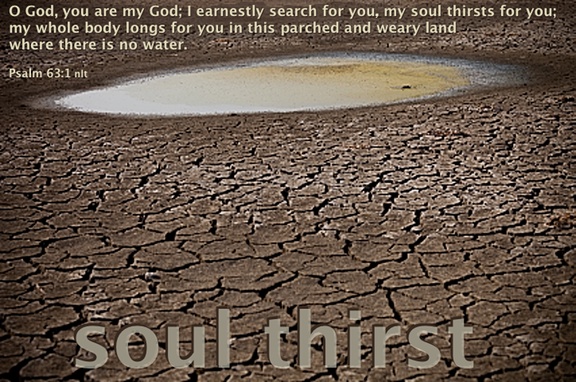 So David's mind drifts back as remembers a place from his earlier years. A well. It's by the gate. It's located in the city of Bethlehem, his own place of birth. Ah, and the water... yes the water... it's so cool and crisp and clean and comforting. If only I could be a boy again and not pursued by crazy King Saul. Oh my, that water was so good and I miss that time of largely untested faith!

And possibly even before he realized it, with a sigh he said something like, "O for some water from the well near the gate in the city of Bethlehem." It wasn't really a request that someone risk breaking through the Philistine army garrisoned there. He wasn't really asking one of his mighty men to risk his life to go behind enemy lines to get David a simple drink of water from the old well of his childhood. It was merely a sigh that betrayed a yearning stirring deep inside him for something simple, familiar, refreshing, comforting, and that reminded him of home.

David's mighty men were so dedicated to him that they risked life and limb to get the water for their leader who had such deep yearning for something so simple and yet so lost to him. So David did something that seems, at best strange, and at worst, down right cruel. He poured out the water onto ground saying he was not worthy of the risk and potential sacrifice of troops so important to Israel's future, only God was worthy of such a sacrifice (2 Samuel 23:16-17).

In the old hymn "Home of the Soul,"* there's a lines that go somewhat like this:

Oft in the storm, lonely are we,
Sighing for home, longing for Thee,

Yes, there is a restlessness in our soul that sighs and yearns for God's presence to be real and close, and as experienceable as a cup of cool water from the old familiar well of our childhood. Whether you want to call it a "God-shaped hole," the restless "itch" of addiction, or simply "going home to a place we've never been before," the yearning and sighing ultimately can be comforted only by a recognizable experience of God's nearness — the holy, tangible, and real presence of the Father, Son, or Holy Spirit.

So let's not dumb down our discipleship to a mere need for religious experience: we need Immanuel, God with us. And Scripture promises us that we can experience God and his nearness in a variety of ways.

We've looked at four different ways Matthew reminds us that are ways God has given us to experience his presence:

So let's not dumb down our discipleship to a mere need for religious experience: we need Immanuel, God with us.

Mark talks about following the powerful Jesus in living a life sacrifice to serve those who are lost (Mark 10:45).

Don't deny the longing, the sighing, the groaning, and the yearning for more of God's presence. We were designed and made for a real relationship with the present, experienceable, and real presence of God. So open back up your Bible, spend some time in the four gospels and the book of Acts, and begin to ask God to show the real Jesus, who longs to make God's presence real to you.

Don't settle for less, because your heart yearns for more! 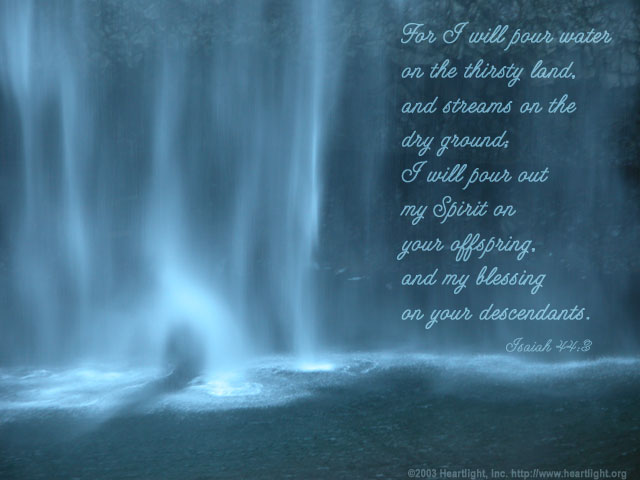 * "Home of the Soul" with the music written by Samuel W. Beazley and the lyrics by James Rowe.

John Eldredge's book Beautiful Outlaw:Experiencing the Playful, Disruptive, Extravagant Personality of Jesus is a great place to start. Hang on, it will blow the religious fog out of your life!

"Sighing for Home" by Phil Ware is licensed under a Creative Commons License. Heartlight encourages you to share this material with others in church bulletins, personal emails, and other non-commercial uses. Please see our Usage Guidelines for more information.