Do doubts mean I don’t believe? 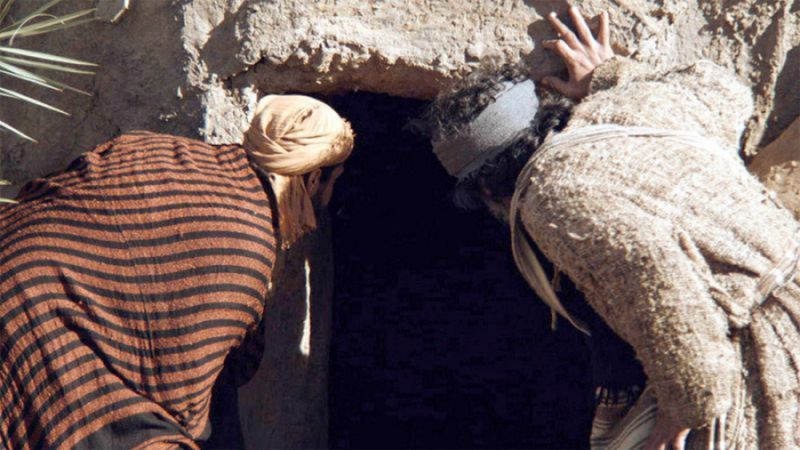 by Phil Ware (05/15/2019) | The Jesus Window
Life is hard. People can let us down. Church people can wound us. Our prayers can feel like they go unanswered and ignored. Our physical health can deteriorate. Aging can steal a loved one’s mind before that precious one’s body gives out. We grow weary and worn by our circumstances or the monotony of our lives or the lack of joy we meet in each day.

Before long, we can find ourselves beginning to doubt. We can sometimes doubt God’s goodness or doubt Jesus’ concern for us or doubt the historical reality of Jesus’ resurrection. Unfortunately, we fear to talk to anyone about our doubts. We wrestle with them alone. But why are we afraid to admit our doubts? Have we forgotten that we are not alone in having doubts?

When they came back from the tomb, they told all these things to the Eleven and to all the others. It was Mary Magdalene, Joanna, Mary the mother of James, and the others with them who told this to the apostles. But they [the apostles] did not believe the women, because their [the women’s] words seemed to them like nonsense (Luke 24:9-11).

The apostles of Jesus doubted the news of his resurrection when they first heard. They were broken, weary, fearful, and shattered by their abandonment of their Lord, the ordeal of his crucifixion, and the horrors of Golgotha. Doubt was much easier to muster than faith or hope.

Why do we give Thomas the nickname “Doubting Thomas”? Didn’t he state the obvious? Don’t we all know that dead people don’t rise from the dead and we’re not going to believe resurrection happens until we see it? So, if we watch and listen to the reactions of Jesus’ first disciples to his resurrection — if we linger with them in their doubt — then maybe we can find some peace and hope in our doubts!

Now Thomas (also known as Didymus), one of the Twelve, was not with the disciples when Jesus came. So the other disciples told him, “We have seen the Lord!”

But he said to them, “Unless I see the nail marks in his hands and put my finger where the nails were, and put my hand into his side, I will not believe”

The first reaction of nearly all of Jesus’ closest friends to reports that he has risen from the dead was pretty much like our initial reaction would be: “I doubt it!” 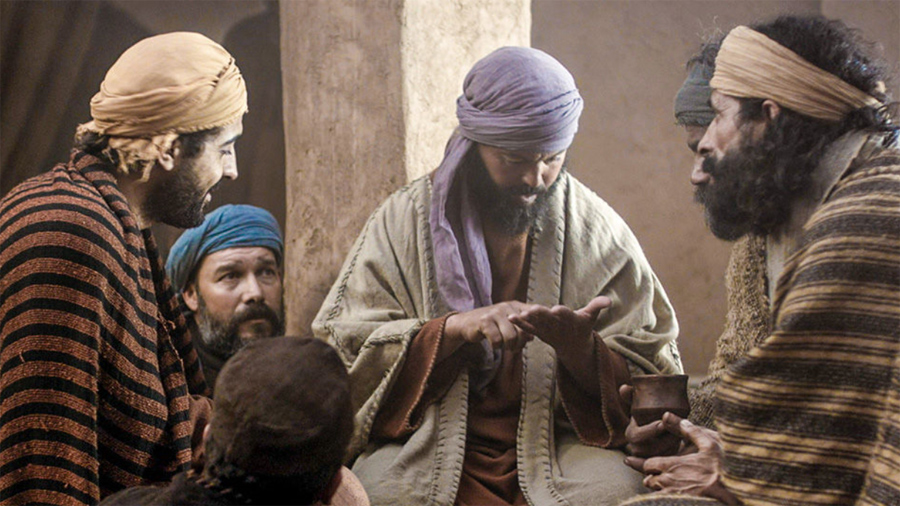 Skeptics doubting the bodily resurrection of Jesus shouldn’t surprise anyone. In fact, our occasional moments of doubt as Jesus’ followers shouldn’t surprise us. To put the matter simply, our experience makes clear that dead people don’t rise from the dead. Funerals are our final farewell to the bodily presence of those we love, not a prelude to their appearance at a dinner party three days later. A buried person’s body might appear again for exhumation, but not for conversation at a celebration dinner (Luke 24:36-43) or a beachside picnic (John 21:1-14). Doubters are not bad people; they’re just realistic ones.

Those early doubters were not faithless, just normal. However, their skepticism followed by their passion become the foundation for the essential conviction of Christian faith: Jesus died, was buried, and was raised never to die again, and, fully alive, Jesus appeared to people who knew him (1 Corinthians 15:1-7). Christianity isn’t a religious philosophy, but a faith built on a historical fact: Jesus rose from the dead. If Jesus did not rise from the dead, then Christianity and Christian faith are futile and pitiable — as the apostle Paul said (1 Corinthians 15:). Those early Christian witnesses of the resurrected Jesus were either liars and lunatics, or they were witnesses to a resurrected Jesus they called Lord.

Once fearful folks were so emboldened that they gave their lives to proclaim the resurrected Jesus they had seen.
Those early doubters-turned-to-witnesses, however, become one of the foundations on which we can build our faith. They proclaimed a risen Jesus whom God made both Lord and Christ (Acts 2:33-36). They proclaimed this to the people who first had Jesus condemned and executed (Acts 2:32-36; Acts 4:1-13) — people they feared and from whom they hid in a locked room (John 20:19). They openly proclaimed Jesus’ resurrection fifty days after Jesus’ resurrection, allowing for anyone who wanted to try and contradict them (1 Corinthians 15:3-7). They wrote about Jesus’ resurrection while there were still witnesses around to either confirm or deny their claims and in the places where Jesus was known. 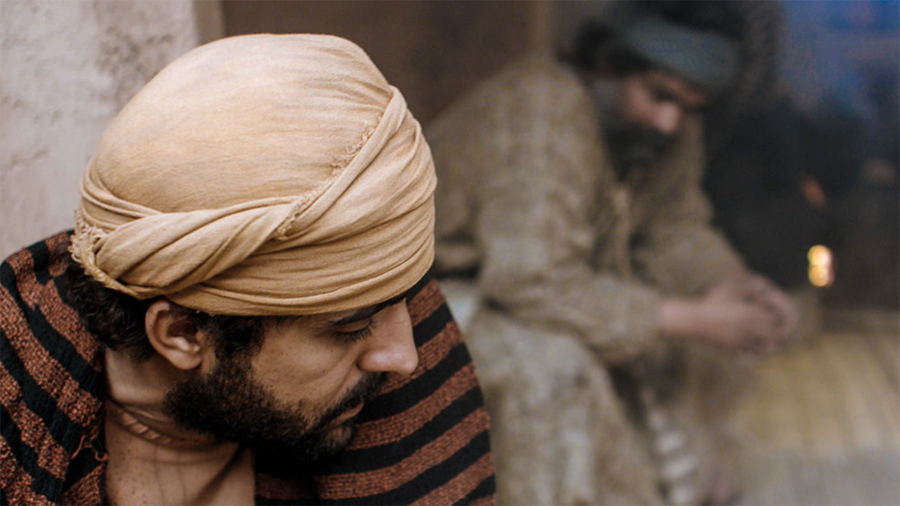 Even more astonishingly, these once timid and fearful folks were so emboldened after their encounters with the resurrected Jesus that they were willing to give their lives for their testimony (Acts 4:18-34; Acts 12:1-4). This change may be the greatest testimony of all because their message didn’t make sense to their world (1 Corinthians 1:20-25, 30-31; 1 Corinthians 2:1-2). Their proclamation of Jesus’ resurrection from the dead wasn’t easily received by a world that didn’t believe in any form of bodily resurrection (Acts 17:12-16, 30-32; 1 Corinthians 2:3-5). Despite every reason not to proclaim this message of a resurrected Jesus, those early disciples completely reoriented their lives to declare it. Peter was repeatedly arrested and abused for his faith. James became an early martyr for his testimony about Jesus (Acts 12:1-4). Stephen was stoned to death because of his testimony and Saul of Tarsus (who later was known as Paul the apostle) even supervised his execution (Acts 7:54-60; Acts 8:1-4). But after Jesus appeared to Saul on the road to Damascus, Saul completely reoriented his whole life to proclaim his risen Savior (Acts 20:24-26; Acts 26:2-29). Many of those early Christian witnesses paid for their testimony with their lives.

Those disciples of Jesus who were early doubters that turned believers proclaimed the risen Jesus and testified to their conviction with their own blood. Their testimony as a ragtag group of “nobodies” who had denied, betrayed and forsaken Jesus in their fear while he was crucified, changed the world with their message and their sacrifices. I don’t know about you, but their doubts turned to sacrificial testimony helps speak to my doubts that the impossible became possible by the power of God now available to us (Ephesians 1:17-20) because:

Jesus is risen from the dead… 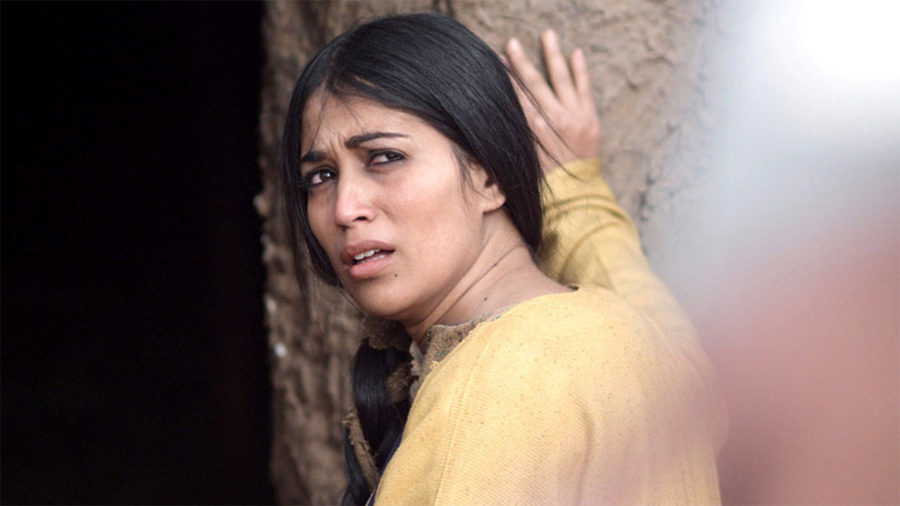 "Resurrection 2.2: Sometimes, I Doubt!" by Phil Ware is licensed under a Creative Commons License. Heartlight encourages you to share this material with others in church bulletins, personal emails, and other non-commercial uses. Please see our Usage Guidelines for more information.

Because of Love
Why did Jesus have to go to the cross and die?

Seed, Towel, Promise, and Torchlight: The Torchlight
With Jesus' arrest under torchlight, the end for darkness' reign drew near.

Living My MUSD #2: Low-Tech Love in a High-Tech World
How our high-tech world desperately needs some low-tech love!

Seed, Towel, Promise, and Torchlight: The Torchlight
With Jesus' arrest under torchlight, the end for darkness' reign drew near.

Seed, Towel, Promise, & Torchlight: The Promise
Jesus gave his promise to speak comfort and hope into this place of deep longing in their hearts

Seed, Towel, Promise, and Torchlight: The Towel
The hands that would soon be nailed to a cross now reached for a towel to serve those that would abandon him while he hung on that cross, alone!