Resurrection 2.1: In the Breaking of the Bread

What if this song speaks the truth about Jesus' promise to meet us in our world today? 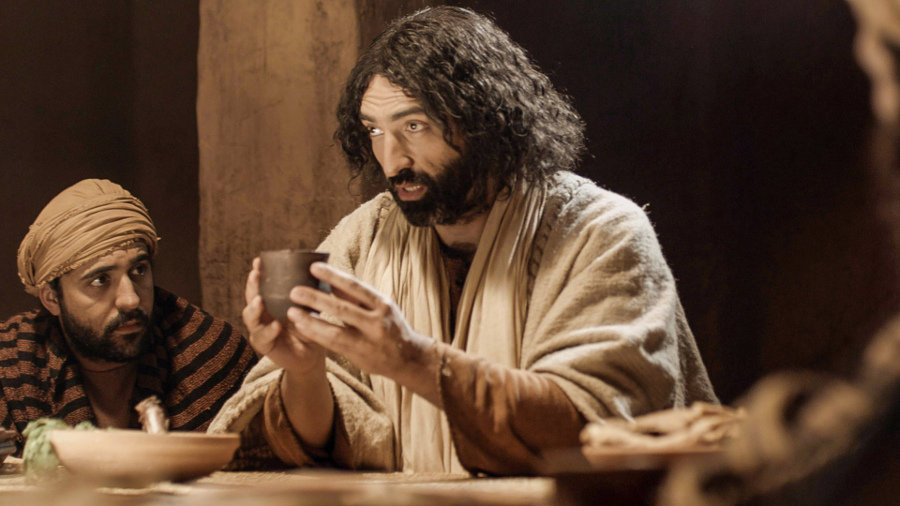 by Phil Ware (05/08/2019) | The Jesus Window
Years ago, one of the songs youth groups sang had these words:
Have you seen Jesus my Lord,
He's here in plain view.
Take a look, open your eyes;
He'll show it to you.

What if these words are much more than cheesy lyrics to an emotional youth group song from long ago and far away?

What if this song speaks the truth about Jesus' promise to meet us in our world today?

As we think about Jesus' resurrection, we must not confine the reality of the risen Christ to a few Sunday appearances after his resurrection (John 20:19-28), a fishing trip with a few of his apostles (John 21:1-14), or the forty days he showed himself alive with many convincing proofs (Acts 1:1-3).

As important as Jesus' historical bodily post-resurrection appearances were to his disciples, Jesus promised more than these appearances. The Christ promised to be present with us as we live as his disciples in an authentic community (Matthew 18:20 and the context of chapter 18), genuine compassion (Matthew 25:40 and the context of chapter 25), and on mission making disciples (Matthew 28:18-20).

I believe if we spent more time reading the four gospels (Matthew, Mark, Luke, and John), we would find many ways Jesus promised to be present with us today. We often overlook one of these times that the Lord assured he would be present: The Lord's Supper — also called The Eucharist, Holy Communion, and The Supper. 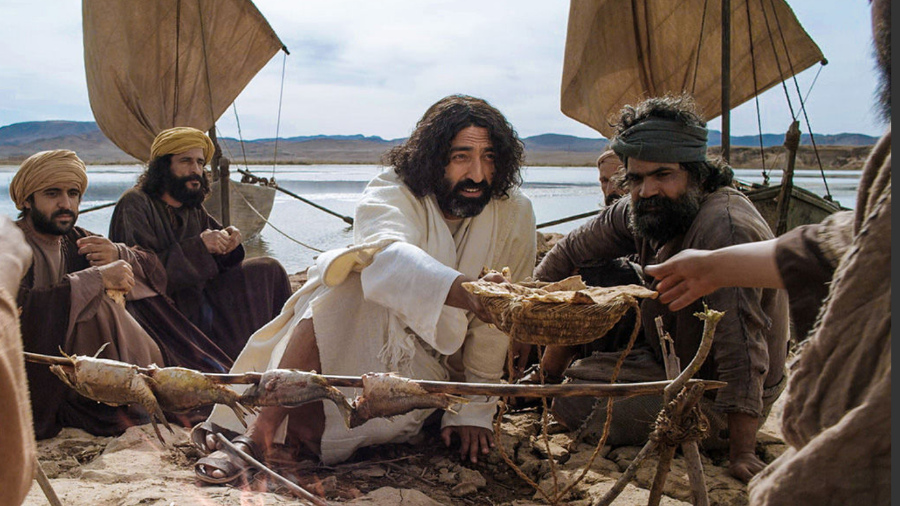 Unfortunately, much of our modern church practice has reduced The Supper to an assembly line, get-it-done-in-a-hurry, passing of crackers and juice. Often, this practice drains our holy encounter with Jesus of his anticipated presence and spiritual mystery. This modern celebration of The Supper reduces the body and blood of Jesus to a small crumble of cracker and a quick sip of wine or grape juice. For many churches, it's a seldom held occurrence. For others, it's treated almost as a nuisance, or interruption: something to get done in a hurry to keep our worship productions on schedule. Even when churches claim The Supper is cherished and celebrated weekly (cf. Acts 16:20), some allow it to become routine, merely symbolic, and quickly administered.

What if Jesus is present in our celebration of The Supper?

What if he does meet us as our host in the breaking of the bread?[SONG]

What if the sharing of The Supper is a time when Jesus steps through the boundaries of history and fulfills our anticipation of his presence while we await the Kingdom in all its fullness?

What if we, too, are supposed to recognize Jesus among us in the breaking of the bread and the sharing of the cup?

What if there is as much mystery, Kingdom, and presence in our celebration of The Supper as there is the memory of what he accomplished at Golgotha and the empty tomb?

When Jesus shared The Supper with his disciples before his death, he made some compelling claims. The bread is his body — nowhere does Scripture say it represents his body or is an emblem of anything: it is his body, and we are his body as we share in taking the bread. The wine is his blood: it was poured out for many and is the seal of a new covenant that brings grace and the forgiveness of sin. Even more, for early believers, Jesus' promises to be present and be recognized among them were more than mere echoes from the past. They were opportunities to encounter their living Lord:

When the hour came, Jesus and his apostles reclined at the table. And he said to them, "I have eagerly desired to eat this Passover with you before I suffer. For I tell you, I will not eat it again until it finds fulfillment in the Kingdom of God."

After taking the cup, he gave thanks and said, "Take this and divide it among you. For I tell you I will not drink again from the fruit of the vine until the Kingdom of God comes" 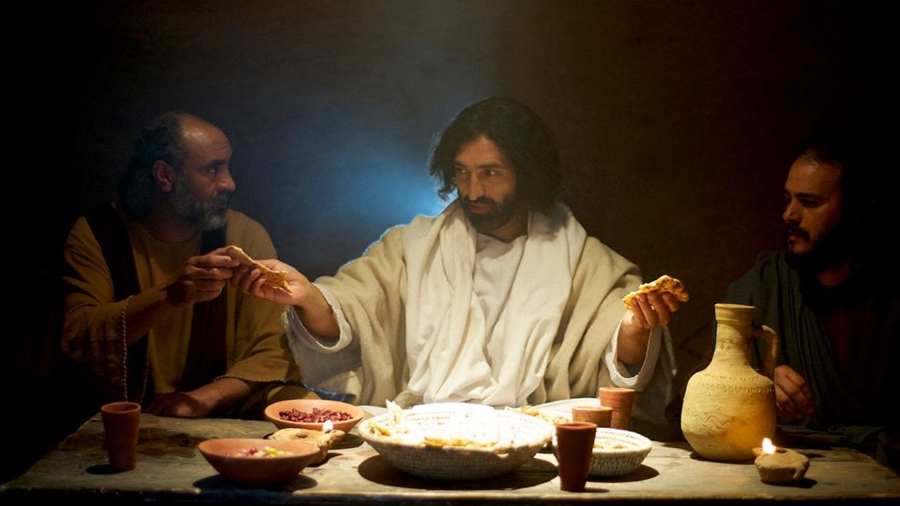 When he was at the table with them, he took bread, gave thanks, broke it and began to give it to them. Then their eyes were opened and they recognized him, and he disappeared from their sight. They asked each other, "Were not our hearts burning within us while he talked with us on the road and opened the Scriptures to us?"

They got up and returned at once to Jerusalem. There they found the Eleven and those with them, assembled together and saying, "It is true! The Lord has risen and has appeared to Simon." Then the two told what had happened on the way, and how Jesus was recognized by them when he broke the bread

Let's challenge each other to more:

More than crackers and juice.
More than a routine ritual to get done in a hurry.
More than an intrusion into our song and sermon filled services designed to entertain and delight.

Let's challenge each other to more:

Near the close of the first century, Jesus spoke to the believers at Laodicea. These people had never seen him — except for John who sent them this letter. However, Jesus gave them a promise. He promised them, and us:

Here I am! I stand at the door and knock. If anyone hears my voice and opens the door, I will come in and eat with that person, and they with me (Revelation 3:20).

Jesus' promise to come in an eat with us was NOT given to unbelievers. This promise was an altar call to believers whose faith had grown stale, whose worship had become routine, and whose discipleship had grown lukewarm (Revelation 3:14-16). That promise remains viable for us today. We need to open our hearts to more: to our living and resurrected Lord. 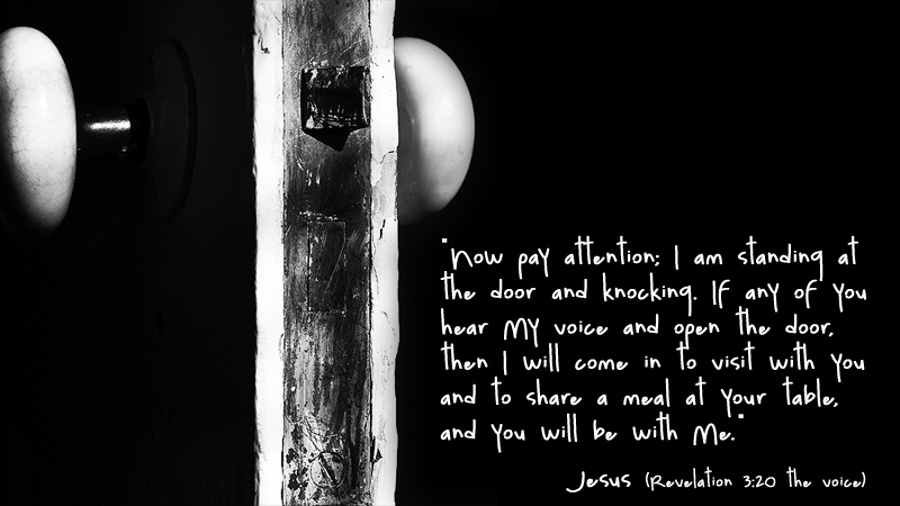 Jesus longs to be real to us today, just as he was fully present to the two disciples on the road to Emmaus, the ten apostles in the upper room, and to doubting Thomas a week later. Resurrection 2.1 reminds us that our resurrected Lord stands at the door and knocks. Will we open the door to him? Or, will we settle for an assembly line delivery of crackers and juice, satisfied with little more than a distant memory of a once vibrant and resurrected Lord?

If you are like me, you want more. So, let's anticipate more as we eagerly expect the Lord's coming. No wonder that a tradition in the early church was to say the words of invitation to Jesus in his Aramaic (the language of his youth):

I believe if we spent more time reading the gospels we would find Jesus promised to be present with us today.

What follows are the lyrics of the song, "Come Share the Lord" by Bryan Jeffery Leech. Lyrics come first then the YouTube version:

"Resurrection 2.1: In the Breaking of the Bread" by Phil Ware is licensed under a Creative Commons License. Heartlight encourages you to share this material with others in church bulletins, personal emails, and other non-commercial uses. Please see our Usage Guidelines for more information.