How can such a discovery, no matter how badly dirt-encrusted and stained, not be seen as a genuine treasure? 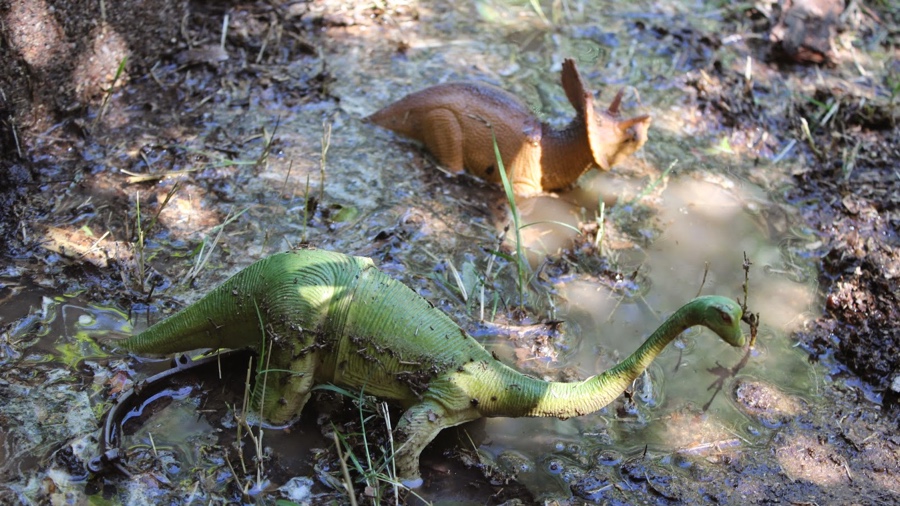 by Phil Ware (10/03/2017) | The Jesus Window
Helen knew she shouldn’t be doing what she was doing. Alone in the backyard, knees in the grass with her hands digging in the dirt, she slowly worked a small spade. She was breaking up the old soil to make room for a few chrysanthemums. Helen wanted some fall color in her dismal flowerbeds. At eighty-seven, getting down wasn’t easy for her. Getting up was much harder. Something inside her being, however, told her this was important work. Not only was gardening something she had loved in her younger years, but something deeper drove her and gave her that little extra determination to continue.

On the third planting, Helen found treasure. She wasn’t sure, at first, what she had found. Something hard had resisted her spade with a weird clink, thud, or clunk. She tried to clear the dirt of its obstructions, but she couldn’t, at least not at first. Her stiff and twisted fingers painfully felt around the three small objects in her way. Digging with her fingers on her left hand while using the spade in her right hand, she slowly unearthed the obstructions: a small G.I. Joe® army man, a small Hot Wheels® race car, and an old and painted toy dinosaur.

Helen knew instantly what they were. Tears welled in her eyes and slowly trickled their way through her wrinkled cheeks. Slowly, gently, each teardrop kissed the freshly turned dirt. These were Bobby’s!

Bobby was her little boy. He always would be her little boy even though he had long grown into a fine man. And now, after unexpected cancer and its vile chaser, chemo, Bobby was gone. Gone before she was. Her loss felt so unfair… harsh… cold… and heartless. Her daughter-in-law was left without a husband. His son and two daughters were left without their daddy. And their children, her great-grandchildren, would never really know their granddaddy. Helen was left alone to age her way toward death in what felt like an impenetrable grief.

Until today. Today she had found three treasures. Treasures Bobby had hidden in the back flowerbed and forgotten. Somehow, however, the Spirit of God had seen and remembered these treasures. Helen was sure it was the Spirit who had silently prompted the gardener in Helen to awaken. Stilled for over a decade, Helen the gardener wanted some color in her fall flowerbed. She found the treasure that awakened the forgotten joy in her heart. 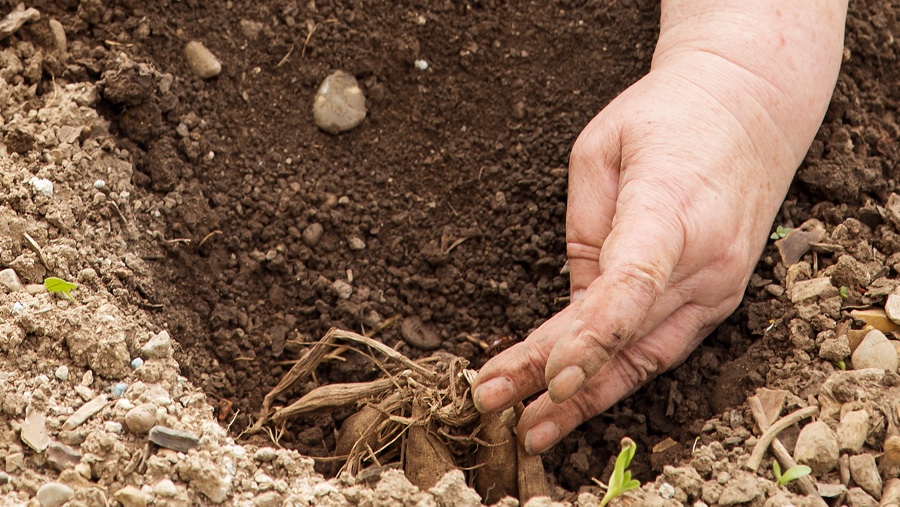 Helen struggled to her feet. She grabbed the cane lying near the steps of the back stoop. She carefully placed the dirt-encrusted treasures in her right work-apron pocket. She took the cane in her left hand to take pressure off her right hip. She grabbed the step railing, and trudged her way up and into the kitchen. After pausing to catch her breath, Helen then did what she would never have let Bobby do. She turned on the hot water in the kitchen sink. As it warmed, she added a little Ivory Liquid® soap. The warm water began to make her old stiff fingers more pliable, and she began her slow and meticulous work of love.

Little by little, Helen removed the caked-on dirt. A little rubbing with her fingers under the water with a little soap, and bit-by-bit, the years of grime began to melt away. Sure, some of the colors were a bit faded or a touch stained. But, they were Bobby’s, and that was okay. The car didn’t just have dirt on it but in it. But, Helen decided, she had time to do this properly. So, carefully and tenderly, like a trained archeologist, Helen removed the grime of time, forgetfulness, and neglect.

With each rub of her fingers and with each dab of soap, memory after memory of Bobby’s life as a boy awakened in her heart. She remembered a few naughty little things that made him the stinker he could sometimes be. Mostly, however, she remembered his smile, his shrug, and his funny sense of humor. She remembered the words he had trouble pronouncing, the milestones he had celebrated, and the many friends he had brought to run through the house, ransack his room, and play in the yard. Their faces seemed so real and so precious as she cleaned his treasures — now, her treasures.

When Helen finished with her reclamation project, she had no memory of leaving the last chrysanthemum unplanted in the empty hole dug in her flower bed. No, she was transfixed by her three treasures now sitting on her window sill above her sink. She decided to leave them there to remind her of the goodness of life, the joy of rediscovering her boy, and the gift of sharing a love that is stronger than death.

Why is it so hard for us to believe that we are our Father’s treasure?

Why is it so easy to hide from him because of our failures?

Encrusted with the crud of our mistakes, the discoloration of our rebellions, the stains of our sins, and the fragility of our weaknesses, the Father sent Jesus to find us. Jesus came to the dirt out of which he made us. He demonstrated the Father’s inconsolable love at losing us and paid the price to bring us home.

Now that we’ve been found and rescued from the dirt of our own inadequacies, do you think our heavenly Father loves us any less than Helen loved Bobby or the treasures she found that gave him back to her?

Now that Jesus’ love has found us are we any less God’s treasures because we carry a few stains from our past sins or the discoloration that life weathers out of us?

Tears welled in her eyes and slowly trickled their way through her wrinkled cheeks.
To a group of early disciples new to the faith and worried that they weren’t all they should be, Paul wrote these words — words we need to read through the eyes of Helen as she looked admiringly at the treasures Bobby had hidden and that she, by grace, had found:

For God was pleased to have all his fullness dwell in [Jesus], and through him to reconcile to himself all things, whether things on earth or things in heaven, by making peace through his blood, shed on the cross.

Once you were alienated from God and were enemies in your minds because of your evil behavior. But now he has reconciled you by Christ’s physical body through death to present you holy in his sight, without blemish and free from accusation — if you continue in your faith, established and firm, and do not move from the hope held out in the gospel

To which our Abba Father replied, “Yes, this is my treasure, indeed!” 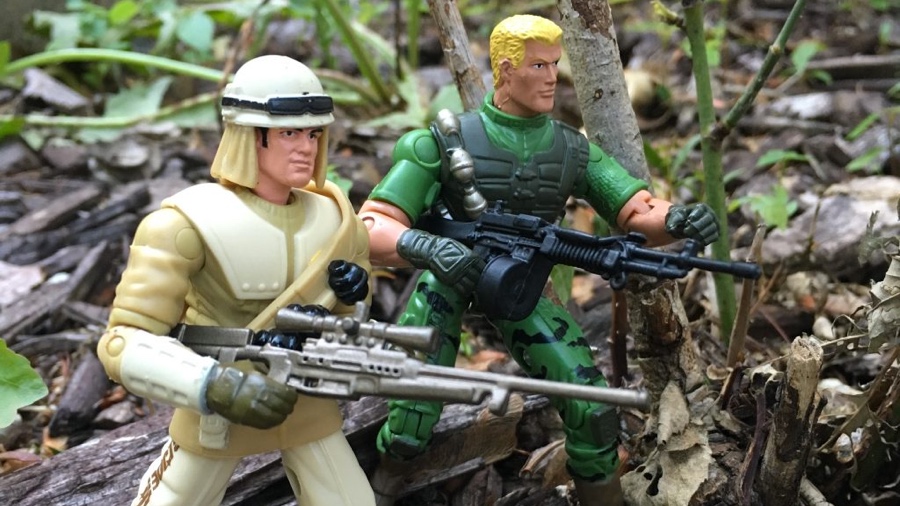 This article is dedicated to my lifelong friend, Brad Smith, who recently "graduated to be with Jesus" and left me remembering our childhood fun times digging tunnels and leaving behind our treasures for others to hopefully find.

"Treasure" by Phil Ware is licensed under a Creative Commons License. Heartlight encourages you to share this material with others in church bulletins, personal emails, and other non-commercial uses. Please see our Usage Guidelines for more information.