During the forty days after [Jesus] suffered and died, he appeared to the apostles from time to time, and he proved to them in many ways that he was actually alive. And he talked to them about the Kingdom of God.
— Acts 1:3 NLT

Alive! Jesus' disciples had followed him for three years. Then Jesus was killed — crucified and buried. Alive? Such a thing was considered impossible. Jesus had raised others from the dead — Lazarus (John 11:43-44), Jairus' daughter (Mark 5:35, 41-42), and the son of the widow at Nain (Luke 7:14-15). But, could Jesus actually be alive? The disciples had to know for certain! So, Jesus proved to them he was alive. They saw and touched his scars on his resurrected body (John 20:26-28). He ate with them (Luke 24:35-37, 41-43). They heard his voice and experienced his presence. They were so convinced that Jesus was alive that they gave their lives to share his story. Their conviction opens the door for our faith that Jesus is alive!

Lord Jesus, I believe you did the seemingly impossible in the lives of others. I long for you to do the same in my life and the lives of those I love. However, I know that others have periods of doubt similar to my own. Thank you for demonstrating to those who knew you best that you were alive from the dead. The change in them convicts me. Their transformation from hiding and afraid to bold and unstoppable is one of my proofs that you are alive! Thank you, God, for all that Jesus' resurrection means! Amen. 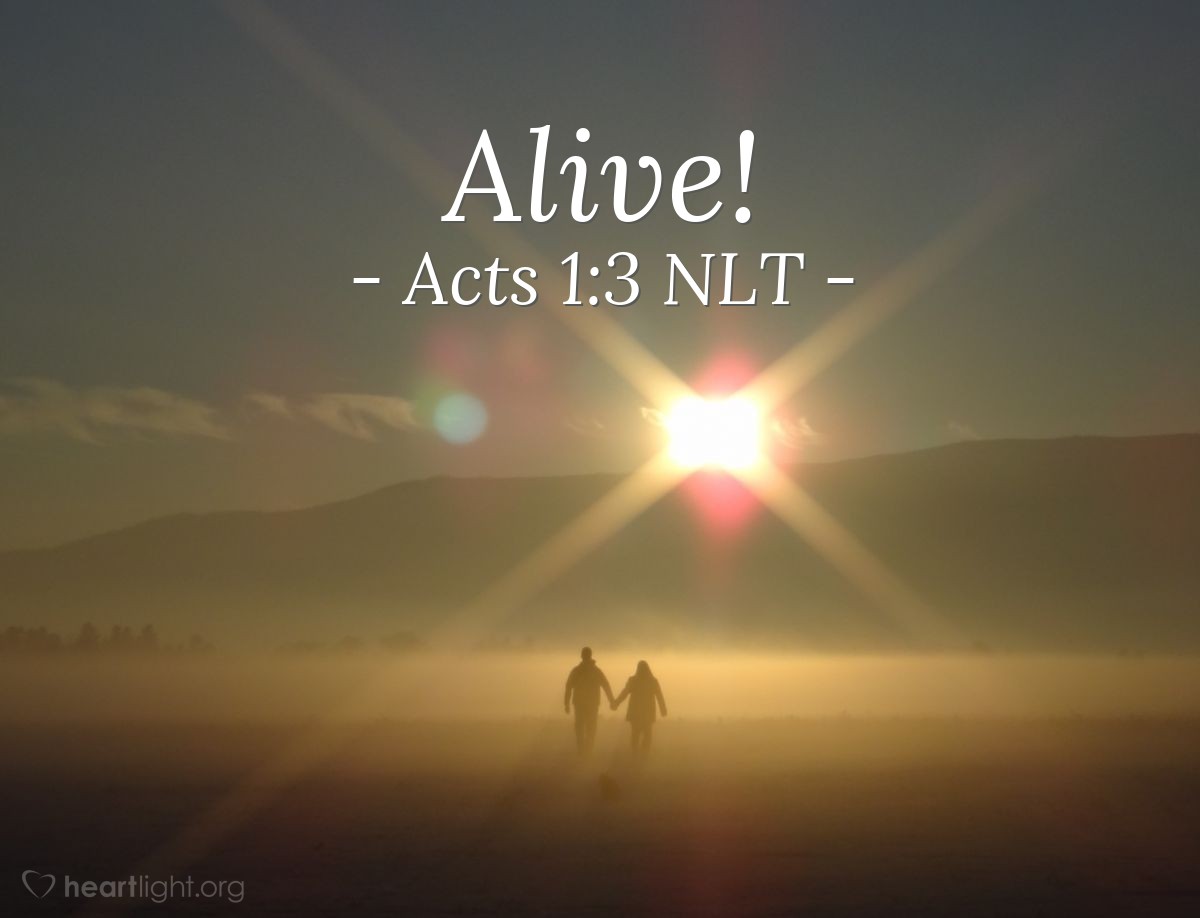