Everything seems better than it relaly was.

This is the second in a series of four posts based on the first chapter of the book of Acts.

He appeared to them over a period of forty days and spoke about the kingdom of God (Acts 1:3)

Luke, along with Matthew, Mark and John, make this abundantly clear. The growth and spread of this kingdom would not be through political or military action. Rather than an organization, it would more closely resemble an organism, like a mustard seed or yeast. The structure of this kingdom would be quite surprising. Those expected to be the least important — the poor, the disenfranchised, the despised, and the overlooked — would be the greatest, and those expected to hold the reins of power — the rich and the privileged — would be last. The king in this kingdom would not rule by brute force. Instead, he would entrust his work to his representatives, who would be held accountable for how they used the gifts given to them (Luke chapters 9-10). There was so much about the kingdom of which Jesus spoke that they did not understand, but that did not diminish their expectation that Jesus would establish it.

So it was only natural that they should ask the question, "Are you at this time going to restore the kingdom to Israel?" (Acts 1:6). The very form in which they asked the question betrayed their lack of understanding. Despite all of Jesus' teaching, they could only conceive of the kingdom as a return to the glory days of Kings David and Solomon. To them, the coming of the kingdom would surely mean a return to a golden era from the past: a time of relative prosperity and peace, when Israel was ascendant and other nations alternately envied and despised them.

The disciples were convinced that under King Jesus, they would be the primary recipients of his bounty. There would be high-paying jobs, affordable homes, safe neighborhoods, good schools, abundant government services, and low taxes. They even imagined themselves holding prestigious government jobs (Mark 10:35-45). In short, their expectation was a kingdom set up for the benefit of themselves and others like them. Of course, they knew that there were Egyptians in the world. And Greeks, Turks, Syrians and Romans as well. But the kingdom was not for them; it was for Israel!

We present-day believers can suffer from the same myopia that plagued the early disciples. Faced with an uncertain future — as in a season of ministerial transition — we may long for a return to some golden era of the past. Perhaps it was a time when we were teens and we carpooled to youth rallies every few weeks. Or maybe we recall a time when we were involved up to our necks in the bus ministry. Or what about the decade when our favorite preacher, Brother Jackson, was delivering powerful, convicting evangelistic sermons in yearly gospel meetings?

Regardless of which past era we covet, we recall it as a time when all was well, at least for us. It was a time when our needs were being met and our feathers weren't being ruffled. After all, the standard by which most of us measure golden eras is self. And so we ask, "Lord, are you at this time going to restore (take us back to) the glorious time when I and my closest friends were being well-served by the church?"

Jesus' answer is pointed, if not a bit abrupt:

It is not for you to know the times or dates the Father has set by his own authority. But you will receive power when the Holy Spirit comes on you; and you will be my witnesses in Jerusalem, and in all Judea and Samaria and to the ends of the earth (Acts 1:7-8).

First, the kingdom is under God's control. It likely will not conform to our expectations, it will not recreate any golden era from the past, and it won't follow our timetable. Rather, it is a work of the Holy Spirit who, like the wind, "blows wherever it pleases" (John 3:8). When I was growing up, I was taught that the church was the kingdom of God. To be sure, in Scripture there is a strong link between the kingdom and the church. But the mistake we have often made is to conclude that the kingdom is identical to the church-as-we-know-it. Jesus' words caution against such naiveté. The kingdom is so much more than the collection of church programs currently sustained by our local congregation. The kingdom is what happens as disciples respond to God's 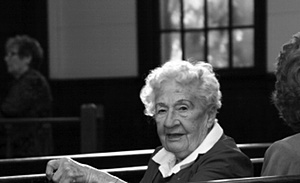 call and live out their faith in families, neighborhoods, schools, workplaces, ghettoes, distant lands, and hostile territory. Church leaders must constantly be open to the work of the Holy Spirit, willing to be surprised by his unexpected ways and movements.

We must instead be relentless seekers of the Holy Spirit.
Second, the purpose of the kingdom is not to serve us. Rather, we are called to serve as witnesses, not just to our friends and cronies, but to people who are increasingly dissimilar and unfamiliar to us. Peter Drucker, an early management guru, once said, "An organization begins to die the day it begins to be run for the benefit of the insiders and not for the benefit of the outsiders." His statement is true of all organizations, from the local Kiwanis club to General Motors. How much more does it apply to the kingdom of heaven? The church does not exist to benefit us; we are the church, existing for the benefit of the world.

Rather than trying to recreate fondly-remembered glory days, we must instead be relentless seekers of the Holy Spirit, asking unceasingly for his guidance, his insights, and especially his power, without which the kingdom cannot exist. 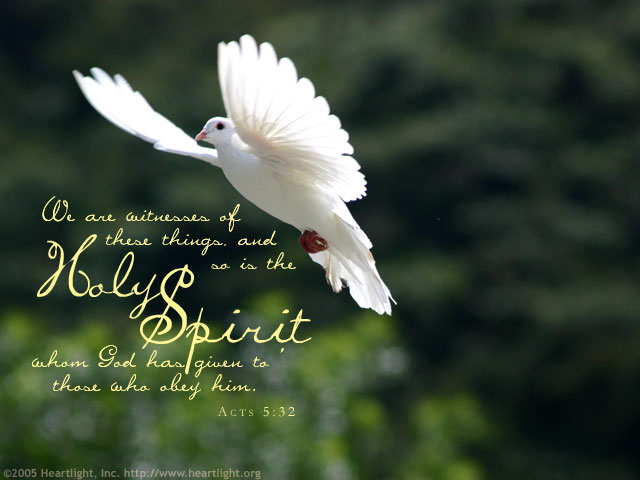 For more information for churches in transition.

For more articles on church leadership, check out the Partners' Blog.

"Act(s) 1: Scene 2 — Glory Days" by Mark Frost is licensed under a Creative Commons License. Heartlight encourages you to share this material with others in church bulletins, personal emails, and other non-commercial uses. Please see our Usage Guidelines for more information.