Connecting People of Other Cultures with Jesus

Are we willing to take the risk and reach outside our comfort zones to connect people with Jesus? 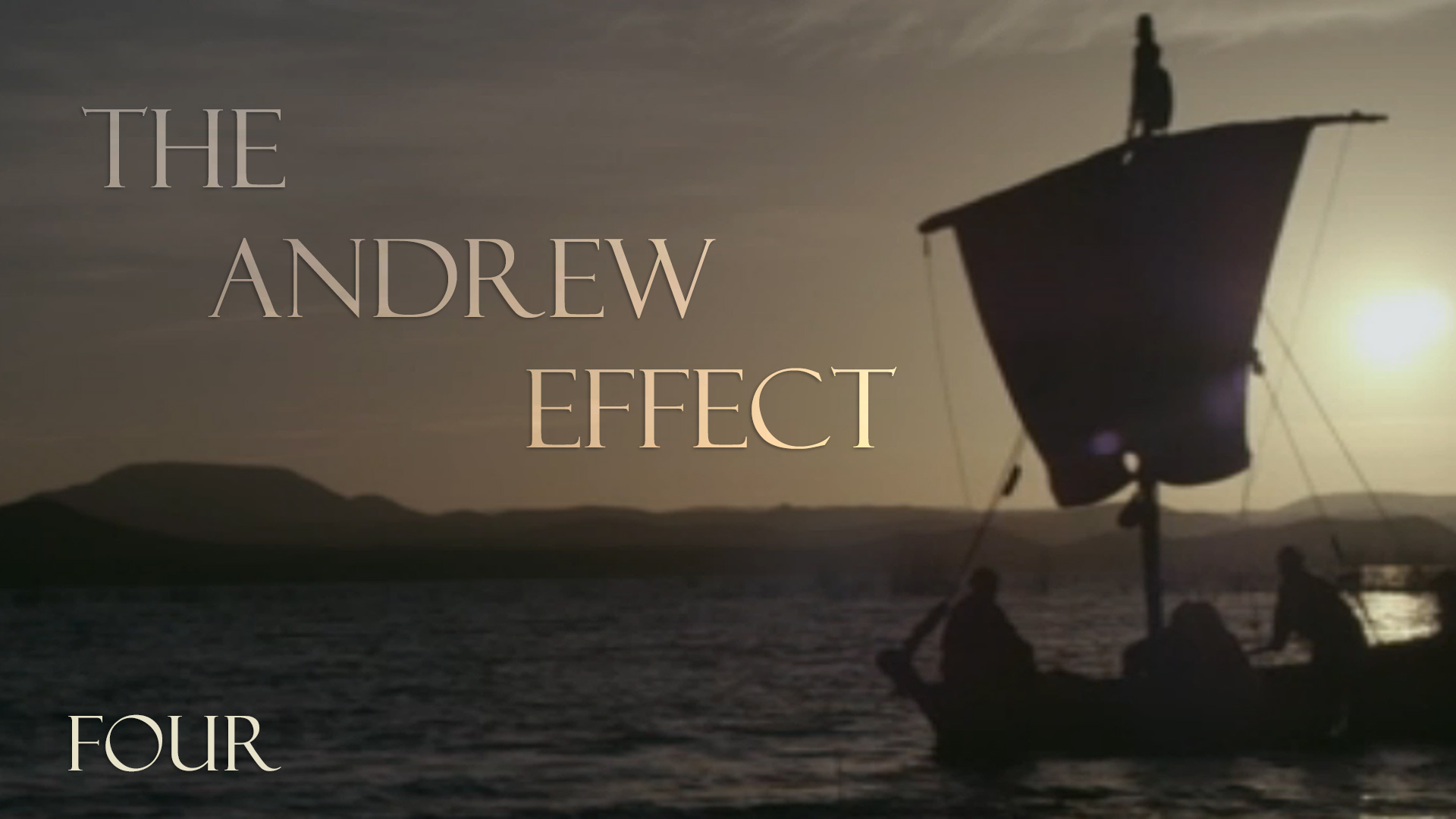 Jerusalem was in a stew over Jesus. As he made his way to the Jewish holy city, his ministry around Jerusalem had contributed to widespread speculation (John 11:55). Many in the crowds following him expected Jesus to do something extraordinary to instigate the dawning of God's kingdom (Luke 19:11). Hope pulsated through the hearts of those following Jesus. This tension among the people stretched the leaders of Jerusalem to their breaking point!

Rumors circulated among the people in Jerusalem that Jesus had raised Lazarus from the dead in nearby Bethany. People in Jerusalem knew people from Bethany who claimed to have witnessed the miracle (John 12:9-11). With living proof of Jesus' power and familiar people willing to testify to the amazing miracle, the people's hopes were raised for something spectacular at the Passover festival.

Others coming to the Passover festival in Jerusalem had seen and heard Jesus in his Galilean ministry. They were intrigued by his teaching and amazed at his power. However, they weren't sure what he had planned. Expectancy filled them. Still, others who had journeyed to Jerusalem knew Jesus by reputation and were captivated by the gossip about him. They wanted to witness a miracle from Jesus at Passover (John 11:56). Many in the crowd welcomed Jesus into Jerusalem with a celebration fit for a king or a conquering warrior. Some in the crowd cheered Jesus as he entered the city. People cried, "Hosanna! Blessed is he who comes in the name of the Lord! Blessed be the King of Israel!" (John 12:13).

Jesus had spoken cryptically and dramatically as his band of believers approached Jerusalem (Mark 11:12-14). The Lord had wept over the city as he had approached: Jerusalem would be destroyed, he said, because her people "did not recognize the time of God's coming" (Luke 19:13-48). If emotions weren't entirely on edge, Jesus' "cleansing" of the Temple further fueled the malevolent intent of those who wanted him dead, forgotten, and erased from the people's minds (Matthew 21:12-13).

Pharisees, Sadducees, and those in positions of priestly power plotted to have Jesus arrested and killed (John 11:45-53). They were set to ambush Jesus with question after question in an attempt to embarrass and trap him. Those who hated Jesus hoped to snare him in a grievous error that was either blasphemous to the Law of Moses or incendiary in the minds of the Roman occupiers. However, their questions backfired against them. Jesus answered his opponent's questions wisely, sometimes turning their inquiries into an opportunity to tell a parable targeted at them (Mark 11:27-33; Mark 12:1-34).

All these conditions set the stage in Jerusalem for a showdown. Circumstances prepared the moment for an emotional, political, and religious collision between Jesus and those who hated and feared him. Tension, teaching, murderous plotting, and hatred filled the air.

Andrew stepped into the middle of this mess of confusion and collusion with his touch of grace. A group of Greeks approached the apostle Philip. Philip was Greek by name and apparently a Hellenistic Jew by background. He was the logical apostle for outsiders, Greeks, and non-Jews, to approach with the request. "We would like to see Jesus" (John 12:21). Philip immediately knew Andrew could help him connect these non-Jewish seekers to the Lord. Philip went to tell Andrew; Andrew and Philip, in turn, told Jesus" (John 12:22). 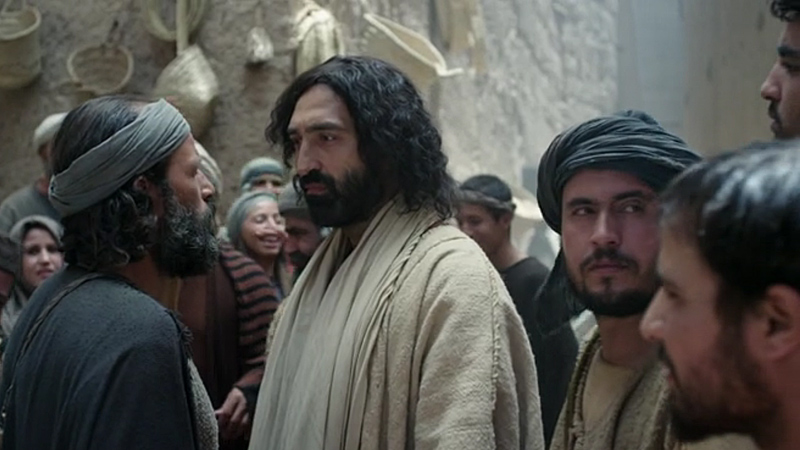 This simple request from these Gentile seekers brought to Jesus by Philip and Andrew was a divine signal. The Lord knew without a doubt that his "hour... to be glorified" had come. Jesus knew that the time to give his life to "draw all people" to himself through his sacrificial death had arrived (John 12:23-33).

"The Andrew Effect"*1 is about connecting people to Jesus.

Out of his great love, the Father had sent Jesus, the Son, into the world to save the world (John 3:16-17). While Jesus' ministry had primarily concentrated on what he called "the lost sheep of Israel" (Matthew 10:6; Matthew 15:24), his ministry was filled with glimpses of his love and mission to save all people. *2 The Lord's final commission to his followers was to go to all peoples with his message and lead them to become disciples (Matthew 28:18-20). They were to begin where they were, move outside of their cultural safety zone into neighboring people and cultures, and then move into all the world nations with his message (Acts 1:7-8).

Racial, religious, and ethnic tension is ripping apart many large cities in our world. Many fear other cultures and other religions. At such a time, we must once again hear Jesus' call to move away from xenophobia, prejudice, fear, nationalism, and ethnocentrism. To say that in cornbread English, we must awaken to the Lord's call to reach all people and not hide from the lost people of the world and other cultures out of fear, suspicion, and hatred.

Jesus' mission must not be held hostage by our politics and fears. We must set aside our racial, religious, and ethnic biases. We must share "the light of the world" (John 8:12) with ALL the world, not just with people like us and not just with the people of the world who like us.

"The Andrew Effect" doesn't allow room for us to segment people out of the Lord's kingdom. Andrew's example demonstrates that a heart touched by Jesus will try to connect all people to the Lord. In John's grand vision of Jesus in Revelation, we find these thrilling words about the conquest of grace in the hearts of humankind:

After this I looked, and there before me was a great multitude that no one could count, from every nation, tribe, people, and language, standing before the throne and before the Lamb. They were wearing white robes and were holding palm branches in their hands. And they cried out in a loud voice:
"Salvation belongs to our God,
who sits on the throne,
and to the Lamb."

John's words of prophetic reminder should move our hearts to resonate with the example of Andrew, who connected outsiders and seekers from non-Jewish cultures with Jesus:

For we are God's handiwork, created in Christ Jesus to do good works, which God prepared in advance for us to do.

Therefore, remember that formerly you who are Gentiles by birth and called "uncircumcised" by those who call themselves "the circumcision" (which is done in the body by human hands) — remember that at that time you were separate from Christ, excluded from citizenship in Israel and foreigners to the covenants of the promise, without hope and without God in the world. But now in Christ Jesus, you who once were far away have been brought near by the blood of Christ.

For he himself is our peace, who has made the two groups one and has destroyed the barrier, the dividing wall of hostility, by setting aside in his flesh the law with its commands and regulations. His purpose was to create in himself one new humanity out of the two, thus making peace, and in one body to reconcile both of them to God through the cross, by which he put to death their hostility. He came and preached peace to you who were far away and peace to those who were near. For through him we both have access to the Father by one Spirit

In Jesus' family, there are no colors that divide us, only shades of grace that make us family. In Jesus' kingdom, there are no flags to separate, but only hands to raise and knees to bow in praise to our liberating and sacrificial King. While we live as good citizens of the nations where the Father has placed us (Romans 13:1-7), our citizenship is in heaven. And we eagerly await a Savior from there, the Lord Jesus Christ (Philippians 3:20; 1 Peter 2:13-17).

We are foreigners and exiles in our countries of residence (1 Peter 2:11-12). As "foreigners and strangers on earth we are looking for a country of our own because we know that here we have no lasting country; we are longing for a better country — a heavenly one (Hebrews 11:13-16).

We take Jesus' passion and make it our mission. We have Jesus' love for all to be our guide for our love. We make all the people of our world our target for grace. We join Andrew in committing to connect those of other cultures to Jesus!

Jesus' passion must be our mission. Jesus' love for all must be the guide for our love. 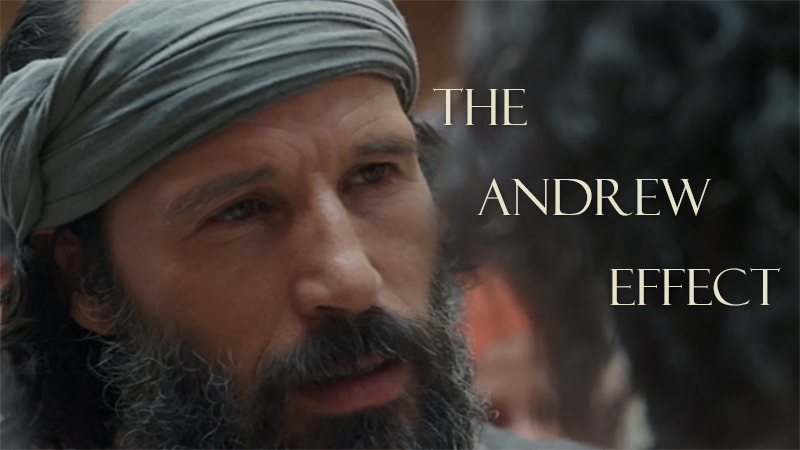 *2 Notice these times Jesus displayed his love for all nations in his ministry even though it was focused on reaching the Jewish people:

"Connecting People of Other Cultures with Jesus" by Phil Ware is licensed under a Creative Commons License. Heartlight encourages you to share this material with others in church bulletins, personal emails, and other non-commercial uses. Please see our Usage Guidelines for more information.

Connecting Those Who Want to Help Others with Jesus
In a world of so much hurt and so much need, are we going to remain paralyzed to help because of a lack of faith?

Connecting Those We Know with Jesus
O, God, our hearts ache for them to know Jesus, please help us know how!