Botiyasi just stood there a moment, speechless. He choked, then cleared his throat. Kneeling beside his friend, he spoke the request the old man coveted. 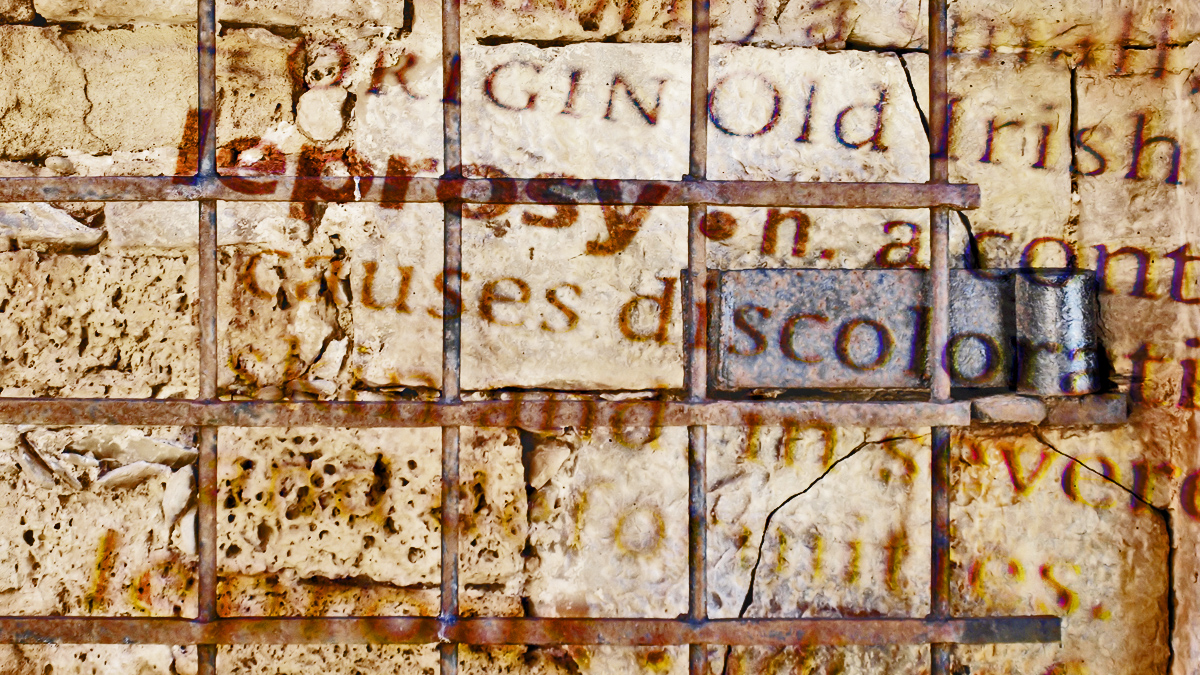 Botiyasi kept walking. Already he could smell a problem. The hovel stank like an overflowing latrine. "Don't be a fool. You think Jesus will protect you from leprosy?"

"He does whatever he wishes," Botiyasi said. "If Jesus walked here, he would visit this mudaala-this old man."

The grass wall made a good place to lean his bike. Botiyasi took a deep breath and held it as he ducked under the low thatch. He peered through the door and retched when he saw the old man's condition. Nobody had helped the leper to the bush to relieve himself. Feces smeared the withered body. Urine soaked his shabby clothing and tattered blanket.

What a vile way to die, Botiyasi thought. I need a hoe and plenty of soap. He scraped the hut clean and buried the filth. While he heated water to bathe the old man, he walked to the river, a sliver of Sunlight Soap in his pocket. He knelt on a stone at the water's edge and began to scrub the old man's rags. Then he walked back to bathe the old man. 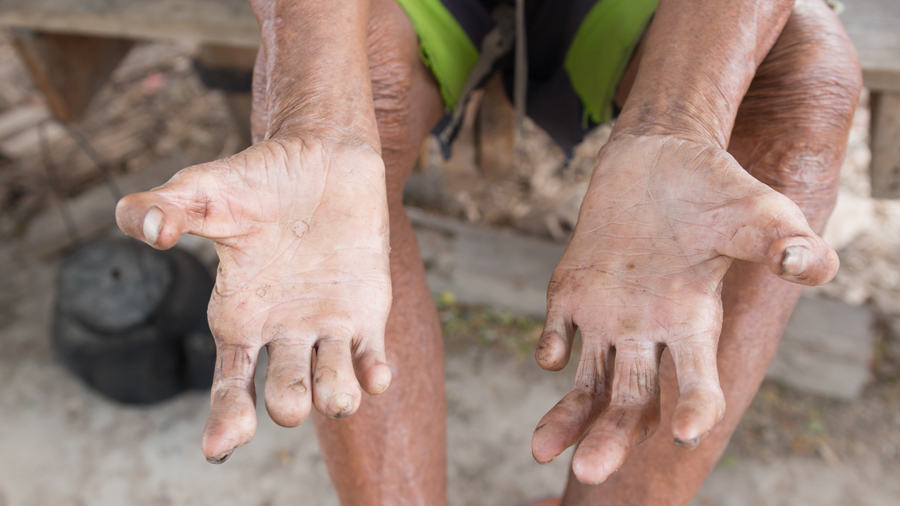 There wasn't much to wash, his skin was stretched tight over his frame. Veins stood out on his arms and scalp. He was just a black skeleton. As Botiyasi rubbed soap over the fingerless hands, he felt the scales and scabs beneath his fingers. He scrubbed the toeless feet and worked Vaseline into the cracked heels.

Children chattered. Botiyasi looked up from his work. A nervous group toted a food bowl toward the hut. The youngsters crouched at the door and scooted the enamel dish across the sandy floor into the hut. The children scampered away, giggling. Botiyasi poked a finger into the stiff food. Yesterday's tallowed leftovers clung to his skin, cold and greasy.

"Those kids are all the company the old fellow has all day," Botiyasi realized.

He lifted the old man's head and helped him sip warm gruel. "Jesus loves you!" he laughed. "You are not too old or sick to pray." Then he began to sing. "Izuba talibbili!" He crooned and rocked the frail body in his arms. "Night never comes to heaven." Supper over, he opened his Bible and read aloud. Page after page, until the ancient slept.

Botiyasi served the old man every day after that. Every day they prayed, and Botiyasi read and sang.

One afternoon the old leper's fingerless paw scraped at his arm. "Baptize me," he said. "Baptize me now, little brother. I want to be with Jesus."

"Of course, mudaala. You honor me."

Botiyasi rose to his knees. He shoved his sturdy arms under the slight body and lifted. The burden was not great. He carried the old man down to the stream, down to a place well below the pool where people drew their water. People do not like washed-off sins in their drinking water, Botiyasi knew. He wanted no criticism about that.

He waded into the chilly pool the leper in his arms. There he knelt, easing the old man into the water until all but his trembling head lay beneath the lily pads. Botiyasi pronounced the ancient words of blessing — "I baptize you in the name of the Father, and of the Son, and of the Holy Spirit" (Matthew 28:18-20) — then dipped the old man's head under the water to join the rest of his fragile body in the waters of grace. As he came from the water, still in Botiyasi's arms, the newborn ancient grinned up at the young man, exposing all three of his snaggly teeth.

"Thank you, young brother," he quavered. "Now I am ready."

Back at the hut, Botiyasi toweled the scrawny body. He covered the leper with a blanket and rose to go. "Pray for me, young man. Pray for me," the quavering voice wheezed. Was that the sparkle of tears in his eyes? "I don't want to wait.

"What would you have me say?"

Botiyasi just stood there a moment, speechless. He choked, then cleared his throat. Kneeling beside his friend, he spoke the request the old man coveted. After a quiet moment, he rose, stooped under the low door post, and climbed on his bicycle.

The next morning, Botiyasi found the old man dead.

Pray that Jesus will take me home.
"Ha ha ha!" the locals mocked. "What a Christian you are! You pray for people and they die! Ha-ha-ha! You will soon die of the same disease, you silly fool."

Botiyasi hefted his hoe. The same hoe he had used to clean the floor. Perhaps those who taunted him thought he might strike at them. Instead, he turned his back on them, found a decent gravesite, and began to hammer the earth. The same strong arms that had buried the old man in water the day before now laid him in God's earth. The same embers that once boiled the old man's soup, served now to incinerate his shack.

Job done, Botiyasi dusted his hands and swung a leg over the saddle of his cycle. As he cranked the pedals toward home. He began to sing, "Izuba talibbili …"

Forty years have passed since then. On his deathbed, Botiyasi gave instructions for his own funeral. "Weep if you wish," he said. "But don't wail like people who have no hope. When you put my body in the ground, my spirit will stand by you and watch. I want you to sing Izuba talibbili. When you start to sing that hymn, I will leave you, and enter the gates of heaven." 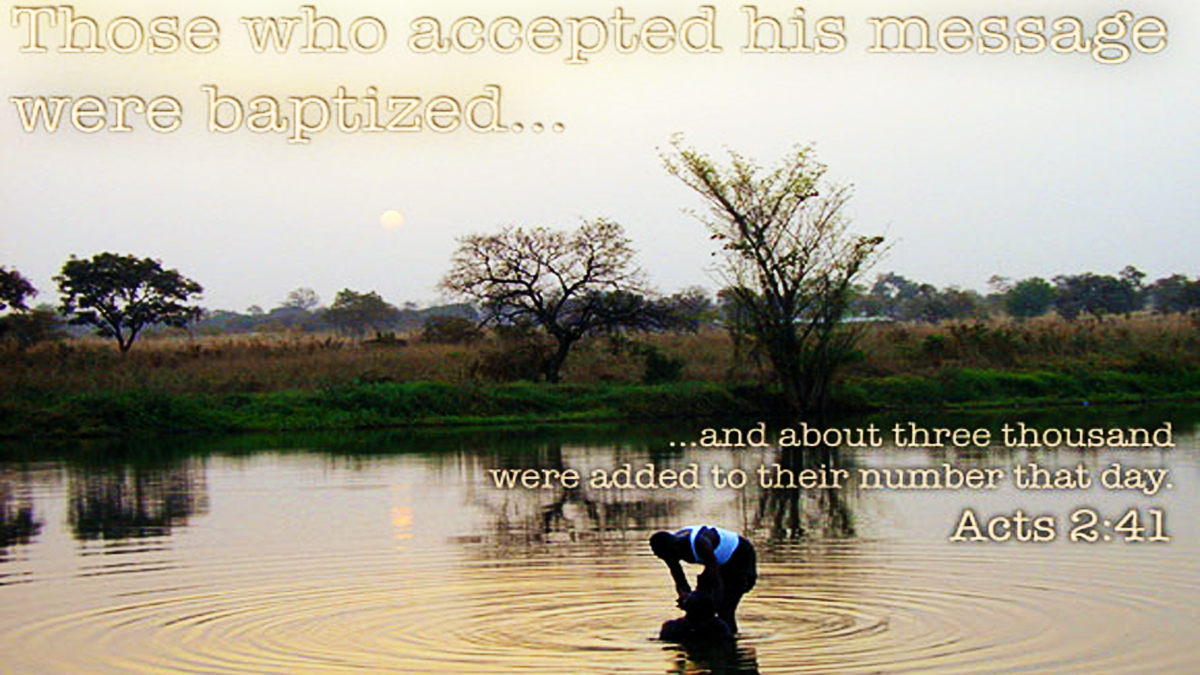 From the May Namwianga Newsletter, 1997, with love from Roy & Kathi Merritt. The Merritts still serve their beloved friends in Zambia in 2021!

"Izuba Talibbili" by Roy & Kathi Merritt is licensed under a Creative Commons License. Heartlight encourages you to share this material with others in church bulletins, personal emails, and other non-commercial uses. Please see our Usage Guidelines for more information.

Roy and Kathi Merritt are long-time missionaries at Namwianga. Roy is the son of early missionaries Dow and Helen Merritt and was born at Namwianga in 1944. He has lived in Zambia all of his life except for his college years at Harding University where he obtained his bachelor’s and master’s degrees. Kathi is a Nebraska native and has lived at Namwianga since 1977. She is credited with beginning Namwianga’s orphan care ministry and now serves as Haven manager. Zambia Mission has a full, well-rounded mission that not only leads people to Jesus to but works on preparing them to lead productive lives and make disciples. (Visit the Author's Website)