Grace Beyond the Flood

Each passing generation beckoned the deepening shadows of evil, corruption, violence, and wickedness until these four held the world in their ever-tightening grip. 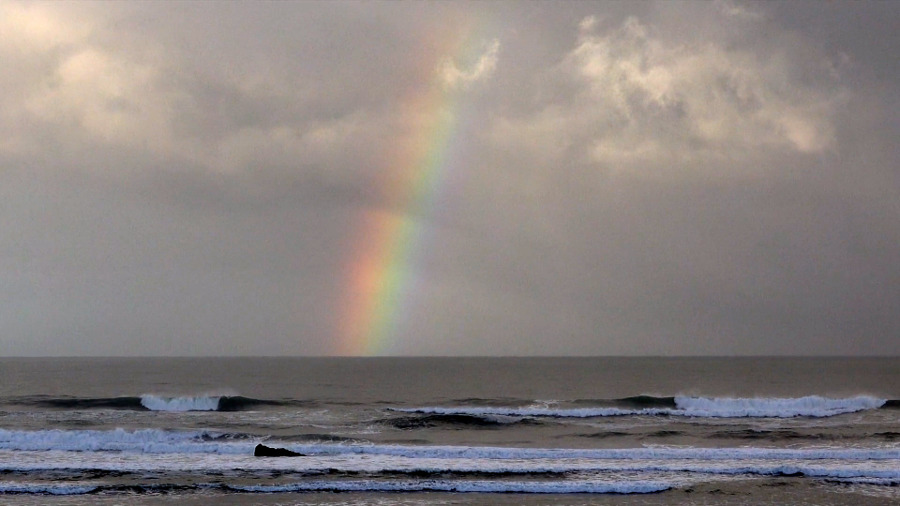 These four bits of putrification made up the malware the evil one used to destroy the perfection of creation. They were the genius behind the software virus that Satan convinced God’s human creations to inject into their system software and destroy goodness and cause death. In Genesis chapters 3-11, we see this virus replicated over and over, infecting person after person and leaving its putrefying slime of sin on all it touched.

Humanity exchanged their Creator's blessing for pervasive destruction. People gave up on grace for violent gratification. They abandoned their tender relationship with their Creator for rebellion against all his goodness. Each passing generation beckoned the deepening shadows of evil, corruption, violence, and wickedness until these four held the world in their ever-tightening grip.

Rather than a children’s tale, the Flood is the story of our brokenhearted Creator and the wickedness of his precious human children. The depth of the depravity chronicled in Genesis sounds more like something ripped out of our daily media news feed. Is there a cure? Is there even a ray of hope? Can God's grace penetrate the darkness of evil? James talks about God’s grace reaching us through our human darkness to redeem us home in today’s video:

We are spiritually repulsed when we uncover these four vile manifestations of humanity's degradation. Unfortunately, however, this moral decay is pervasive in our hearts, our political systems, and our power structures. These four often come to us as well-disguised temptations that seduce us into their grip. We can see the ugliness of their destructive evil in others, but we often miss their allure to our hearts and their growing attachment to our lives.

The damage caused by these four vile powers is inescapable today. However, evil, corruption, violence, and wickedness have been the dance partners of every generation. They break hearts, wreak havoc, bring death, and inject their foul stench of decay for future generations to find. God hates the wounds caused by each of these tools of hell. They break his heart because they destroy us:

The Creator mourned what he saw. The precious people whom he had created in his image were now trapped in the crescendo of deepening darkness. This condition was a darkness of their own making, their personal rebellions, and individual selfishness. Genesis captures the sad reality of human corruption and God's broken heart with these sad words: God, the Creator, was grieved at his human creation because “every inclination of the thoughts of the human heart was only evil all the time.” 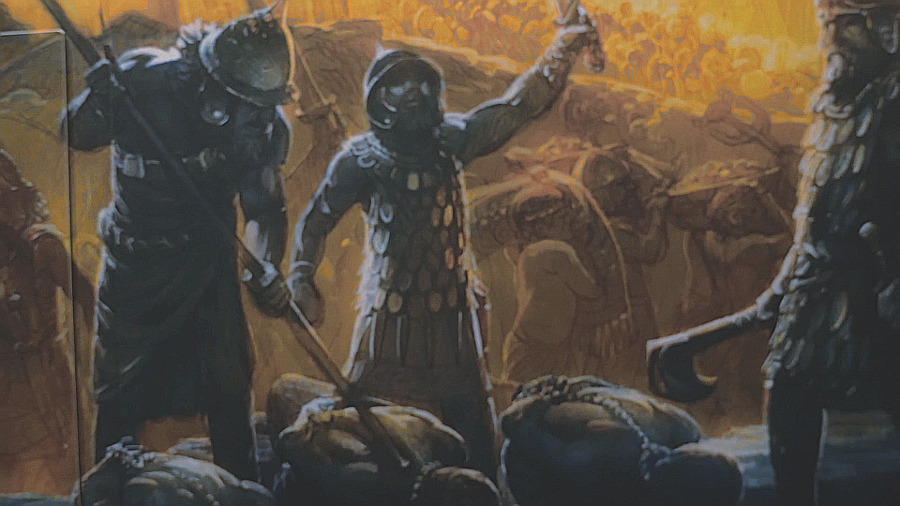 At first glance, we find very little hope in this story. As we think through the story, however, we discover that the Flood saved the family of Noah and the animals from the corruption escalating out of control on earth because of humanity’s pervasive evil. Depravity ruled as all the people were caught in the horrifying downward escalation of human evil, corruption, violence, and wickedness. God saved Noah and his family from this dissolution of the human race, at least temporarily.

These are what God brought beyond the Flood. We can embrace his promises every time we see his rainbow in the sky. By faith, we can believe that God absorbed all the evil, corruption, violence, and wickedness in Jesus. We can trust that Jesus has redeemed all of it and put in its place his fresh grace, our new opportunity, God's re-creative promise, and our world's dawning hope. 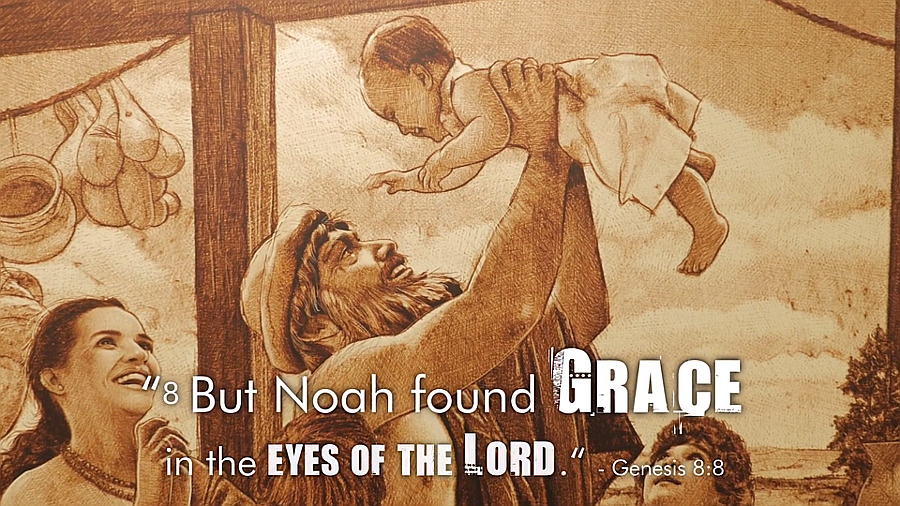 We will discover these four gifts of God nearer the end of our story of redemption as we journey forward. However, when the world felt at its worst and seemed farthest from its purpose, God gave us a symbol that his story, and ours if we allow it to be caught up in his story, will end in redemption — something new, fresh and wonderful God has for us. So, let’s stay on the journey. Let’s not abandon our hope. Let’s believe God’s fresh grace that longs to come to us each morning with each new sunrise.

Our prayer is that this grace can dawn in your heart. That God’s promise creates a new hope that dawns into a new future with him. And, we hope you will continue to join us in seeking and celebrating this grace together as we journey to find our story joined to God’s story of redemption.

But God remembered Noah and all the wild animals and the livestock that were with him in the ark, and he sent a wind over the earth, and the waters receded. (Genesis 9:1).
...

Whenever the rainbow appears in the clouds, I will see it and remember the everlasting covenant between God and all living creatures of every kind on the earth (Genesis 9:16). 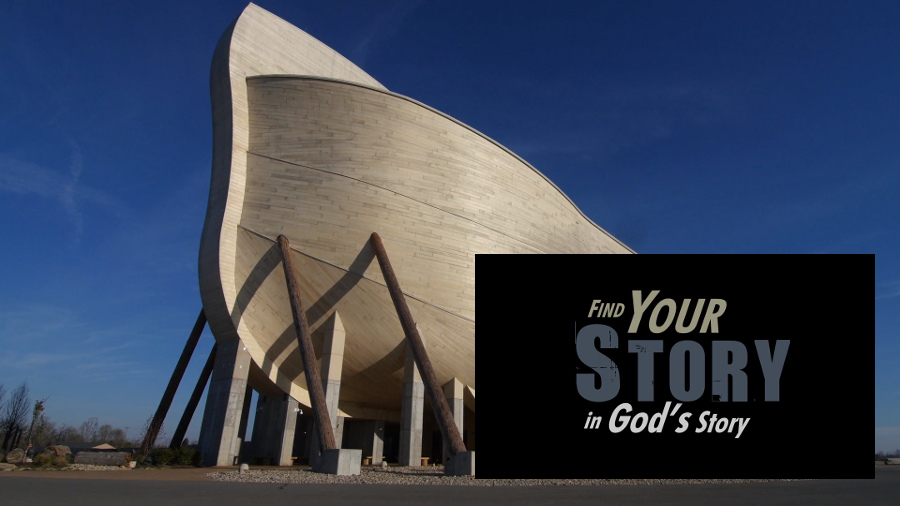 "Grace Beyond the Flood" by James Nored & Phil Ware is licensed under a Creative Commons License. Heartlight encourages you to share this material with others in church bulletins, personal emails, and other non-commercial uses. Please see our Usage Guidelines for more information.