Got a Problem with God?

Are you willing to find some answers? 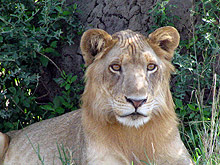 You've heard me say, "Life is to be lived forward and understood backwards." But, I really want to understand first, don't you? When faced with a problem or challenge, I want to know the details, to find the answers to "why," to know the context and background. I want to freeze-frame life and understand what's happening while it's happening, even before it's happening. But life doesn't have a pause button and there is no instant replay. I have to wait for life to be lived, and so do you.

Brennan Manning, author of The Ragamuffin Gospel, writes the following:

When I get honest, I admit I am a bundle of paradoxes. I believe and I doubt. I hope and get discouraged. I love and I hate. I feel bad about feeling good. I feel guilty about not feeling guilty. I am trusting and suspicious. I am honest and I still play games.

He writes his words to understand — to explore the context of his paradoxes.

Every paradox is connected to a chapter in our story. Every day you live is part of the plot, the adventure, the mystery called life.

We pray for God to remove our bad times, our crisis moments, our illnesses and our tragedies. Then if he doesn't, we struggle with more than paradoxes. We struggle with God, and at times, we pout a bit.

Pouting and blaming God doesn't stop the pain, but it does stop the story, giving us emptiness instead of understanding.

Your life is bigger than any problem or crisis or set-back. You just need time to let God help you see the context, the background, and the back-story. Pray for eyes that see beyond your vision.

Are you stuck in the pain, or in search for the understanding?

A frightened hunter was searching for the tracks of a lion. He came across a woodsman chopping down a huge oak tree and asked him if he had seen any lion tracks during the day,

"Oh yeah, I have," said the man, "not only have I seen the tracks, I can show you the lion. I know right where he is."

The hunter, turning very pale, whispered, "No, thank you. I am only looking for the tracks; I do not really want to find the lion."

Look for the lion; don't settle for the tracks.

Look for the lion; don't settle for the tracks.

Then I saw in the right hand of him who sat on the throne a scroll with writing on both sides and sealed with seven seals. And I saw a mighty angel proclaiming in a loud voice, "Who is worthy to break the seals and open the scroll?" But no one in heaven or on earth or under the earth could open the scroll or even look inside it. I wept and wept because no one was found who was worthy to open the scroll or look inside. Then one of the elders said to me, "Do not weep! See, the Lion of the tribe of Judah, the Root of David, has triumphed. He is able to open the scroll and its seven seals." Then I saw a Lamb, looking as if it had been slain, standing at the center of the throne ... (Revelation 5:1-6).

In Jerry's day-job world he pastors a local church, but at night he works at a local Starbuck's. He says it helps him stay in touch with the younger generation.

Jerry's a fun guy and gets along with all the employees; at least he did before Debbie showed up. She seemed nice and she was a quick learner and a good worker, but she refused to acknowledge Jerry. When he tried to speak, she just rolled her eyes and turned away. It seemed that the harder he tried, the more rude and distant she became.

Jerry could have written her off as just an irregular person, but he didn't. After a month of miscues, he asks his supervisor for some advice. That's when he learned Debbie's "back-story." And finally it all made since.

The first day Debbie worked at Starbucks, one of the co-workers pointed to Jerry and asks Debbie, "Did you hear what his real job is?"

When Debbie heard he was a pastor she freaked out. She said, "I've had it with God. Three years ago my 16-year-old daughter was raped and murdered. Tell me, what kind of God would let that happen? I don't want anything to do with any God-squad guy."

Now Jerry understood. And it helped him connect with her. He knew what it was like to have a problem with God; it was his story, too.

It's show and tell time.

God shows up and you tell about it.

The only way to find true understanding in life is to see God's presence and let him reveal the background, the back-story, the hidden feelings and struggles. Crisis moments, problems, failures, illnesses, rejection, guilt, and paradoxes are doors to understanding. They are not just about you and your life ... they are chapters in the stories that only you can tell.

Do you really want to understand? Or just follow the tracks of tears?

"Got a Problem with God?" by Ron Rose is licensed under a Creative Commons License. Heartlight encourages you to share this material with others in church bulletins, personal emails, and other non-commercial uses. Please see our Usage Guidelines for more information.