The story of the Tower of Babel is a reminder of the confusion that ultimately results from refusing to obey God's will. 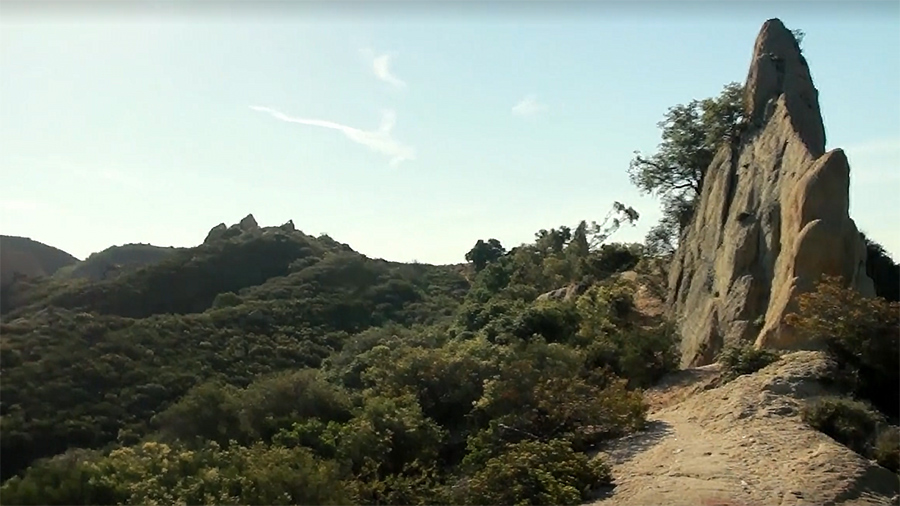 Then God blessed Noah and his sons, saying to them, "Be fruitful and increase in number and fill the earth (Genesis 9:1).

Now the whole world had one language and a common speech. As people moved eastward, they found a plain in Shinar and settled there.

They said to each other, "Come, let's make bricks and bake them thoroughly." They used brick instead of stone, and tar for mortar. Then they said, "Come, let us build ourselves a city, with a tower that reaches to the heavens, so that we may make a name for ourselves; otherwise we will be scattered over the face of the whole earth"

The Tower of Babel story in the Bible can be a confusing and perplexing story. We can even label it as childish or insignificant. Certainly, after a quick read, we can find no redeeming grace in this story, so we often skip over it as if we were ashamed it was in our Bibles.

What's going on in this story, we wonder?
Why does God want confusion instead of coordination among his human children?
What is so bad about building a tall building, even if the building materials are shoddy, the plan is poor, and the motivation is horrible?
Is God afraid of his human creations becoming his rivals?

Before trying to address this final story in the rebellion-that-leads-to-destruction stories of Genesis chapters 3-11, let's let James Nored get us focused with this week's video:

Donna and I (this is Phil writing) are blessed with great kids. They have grown into adulthood as committed followers of Jesus. They were great as young children. But,...

Both of our children had a fascination with the commode. It was one great big toy that made noise, ran water, and made things disappear. They loved to flush down whatever they could find in the bathroom and watch it "go bye-bye." Even though they are five years apart, each of them at about the age of two would sneak off and flush all sorts of things down the toilet.

On one occasion, one flushed a watch and several other items down an upstairs toilet. These items and the toilet paper chaser stuck in the pipe in the wall. Thankfully, Donna caught the problem quickly, found a neighbor who was a plumber, and he used a tool to fish out most of the bright shiny stuff out of the pipe. Fortunately, there was no real damage and the things we lost to the sewer monster weren't missed too badly.

On another occasion, however, things were a bit more dire. As our other little toilet culprit ran out of things to flush, the spring-loaded spindle for the toilet paper roll was sent down the toilet — spring and tubing in three pieces. Of course, these jammed and when the toilet roll was baptized and flushed, there was a super clog leaving the water to back up. To fix the problem, our beloved child yanked on the handle until the chain broke, leaving the water running into the toilet bowl with a full blown super clog blocking the drain hole.

About the time I told Donna over the phone that I was stuck in Brazil and didn't know when I was going to be able to come home, she cried out in panic, "Oh no! Our house is flooding. Bye!" Click. The water had overflowed out of the toilet, covered the bathroom floor, flowed into the entry way through the door, and was starting to seep out of the bathroom wall. Thankfully, sweet friends came over and helped her vacuum up the water and set up fans to dry out our house, wood floor and all. This story is now one of those memories we tell with humor and fondness... kinda!

God, in his grace, gave a clear command for people to disperse over the face of the earth, to multiply, and fill it (Genesis 9:1). Instead, they decided to stick together and build a structure to honor themselves and their great capacity to do great things (Genesis 11:1-4). They rebelled. They disobeyed. They did what they wanted and thought best. They doubted God and the goodness of his command. They apparently saw the command of God as something distinct from his gracious care for them. They could see no reason to disperse and fulfill God's command, so they did the opposite. 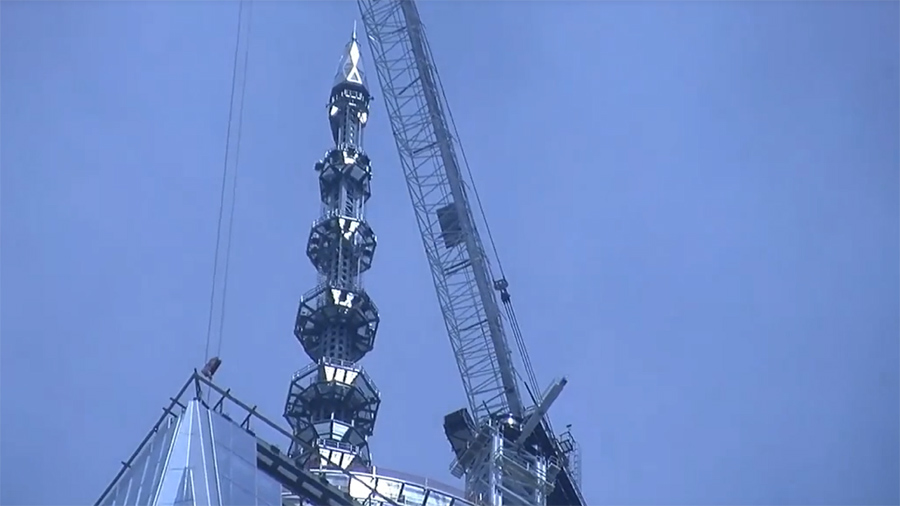 Of course, what they were building was destined for disaster. Their materials were awful and likely doomed the structure to failure, putting all those in it in great danger. Their clustering together in one place made humanity susceptible to some pandemic that could have easily wiped most, if not all of them. In addition, the creativity of the human spirit would be stifled by being confined to one place. Humanity would be isolated from the incredible array of beauty, natural resources, climates, and temperature ranges, wildlife, and plant life the planet was created to provide them.

Like our children, they took all their bright shiny toys and flushed them down the toilet because they neither knew the value of those objects nor the destructive potential in doing what they were doing. Worst of all, the children of God spurned their loving Creator and chose to do life against his will.

What was the result of their arrogant and rebellious behavior?

They took all their bright shiny toys and flushed them down the toilet! 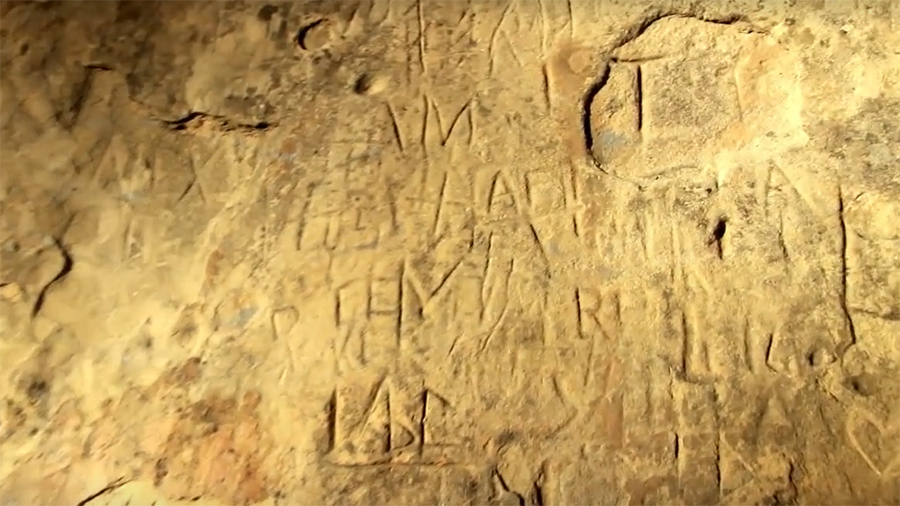 When we oppose the will of God, when we disobey the call of the heavenly Father on our lives, and when ignore the Father's loving boundaries to life and holiness, we bring destruction on ourselves. God's will and call for our obedience are not opposed to his graciousness; in fact, God's call to us is for our good. God's commands arise out of his grace. In the symphony of God's love for us, the rhythm is consistent; God gives grace, then calls for obedience. Look at Scripture:

We won't get into a full exploration of grace found in God's actions in the Babel story in this session. However, let's at least pause and reflect on the truth that God's commands are not burdensome. They are not given to limit us, but to give us life. Remember Jesus' words:

The words I have spoken to you—they are full of the Spirit and life (John 6:63b).

The apostle Peter, even in a time of great confusion, recognized the truth and grace in Jesus' words. When asked if he and the other apostles would turn back from following the Lord, he responded:

The apostle of love, John, put it this way:

In fact, this is love for God: to keep his commands. And his commands are not burdensome, for everyone born of God overcomes the world (1 John 5:3-4).

Jesus made clear that the goal of his life and teaching was not just to get us to know the truth, but to live that truth. If we ignore or rebel against the truth we know, we are foolish and inviting destruction upon ourselves (Matthew 7:21-27).

As we reflect on the story of Babel (Genesis 11:1-9), let's think deeply about God's original command. He called for his people to disperse and populate the earth. This command arose out of his grace. Their refusal to do what God commanded and their pursuit of honor for themselves arose out of a rebellious heart. Their foolish actions put the future of humanity, and certainly the inhabitants of the proposed tower, in grave danger.

And speaking of toilets, the best image of Genesis chapters 3-11 is the swirl of water that goes down the toilet when it's flushed. The closer the water gets to going down the drain, the faster the swirly turns and the more inescapable that things caught in it are going to end up in the sewer.

That's what we see in Genesis chapters 3-11. Rebellion and its consequences began with the breaking of one command. That disobedience led to the alienation of humanity from God and scapegoating between man and woman. Before long, this alienation between family members and their separation from God resulted in one brother murdering the other. After that first murder, there was a crescendo of violence of human against human until their every thought was on evil. Even after a reset and re-beginning, humanity acted with the same rebellious spirit, refusing to trust God. They would not see that the Creator's commands were for their good and came from his heart of grace. 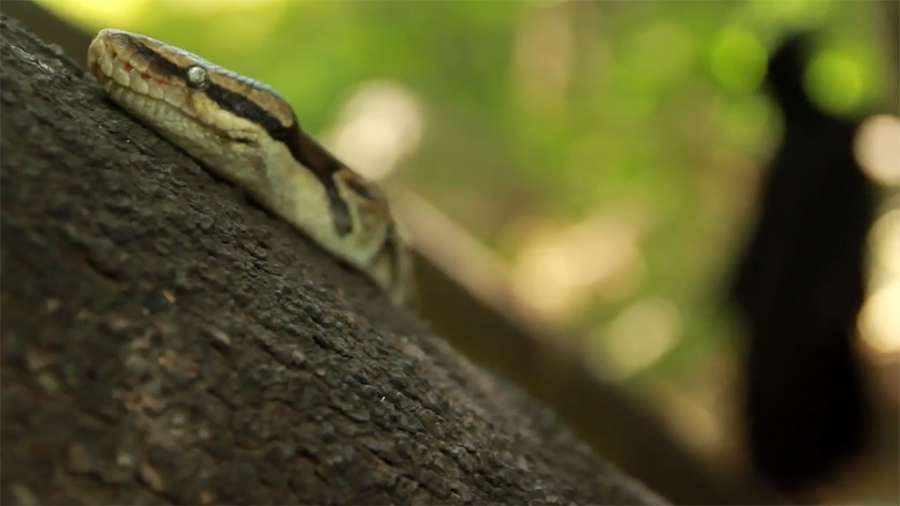 Kinda sounds familiar, doesn't it? We live in a world saturated with destructive rebellion rooted in a distrust in the graciousness behind God's will for us.

So, go back and read the story of Babel again (Genesis 9:1-9). See if you can find the grace of God in this story. We will pick up with that theme in a couple of weeks when we return with a new video as we seek to find our story in God's story of redemption!

For some great discussion questions, key scriptures for further thought, and for insights you may have missed, check out our Story of Redemption page online.

"Rebellious Confusion" by James Nored & Phil Ware is licensed under a Creative Commons License. Heartlight encourages you to share this material with others in church bulletins, personal emails, and other non-commercial uses. Please see our Usage Guidelines for more information.