God perched His grace on a tree of torture in the middle of humanity's worst abuses so that grace would be available to everyone... even you! 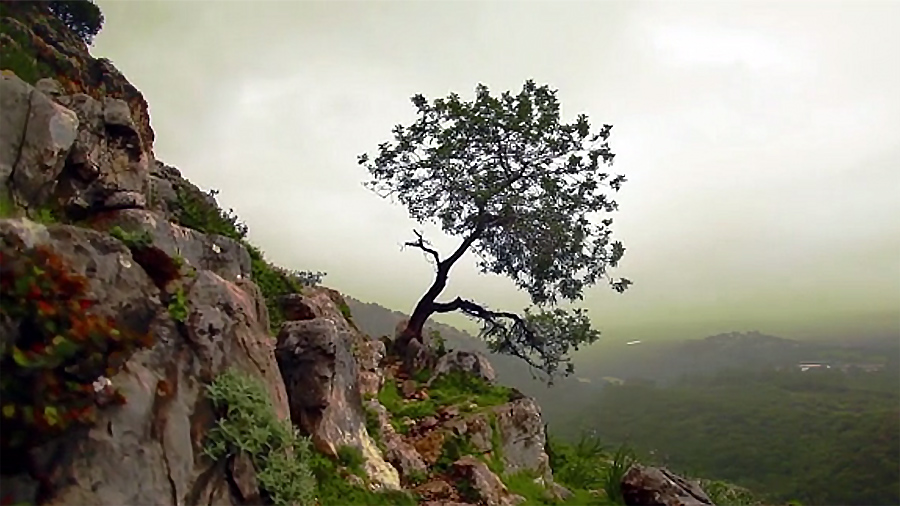 by James Nored & Phil Ware (03/31/2018) | Finding My Story in God's Story
We like grace when it is extended to us. Why do we sometimes dislike grace being extended to others, especially to people we believe don't deserve grace! The more you think about the previous statement and question, the more unsettling and wonderful grace becomes!

Have you heard of Jeffrey Dahmer?

Dahmer was a serial murderer whose brutal and inhuman murders of at least 17 men are deeply disturbing. They are a picture of what happens when evil becomes intertwined in a person's personality. (You can read many of the details in Wikipedia, but be warned, the truth is very disturbing.)

In 1991, after his imprisonment serving multiple life sentences, Dahmer asked for a Bible which he received from a police detective. Shortly afterward, he began meeting weekly with a minister named Roy Ratcliff for Bible study. After a passage of time, he became a believer and was baptized. While accepting grace, he also wondered whether he was worthy of living. Many were incensed that anyone would study the Bible and offer him an opportunity to receive grace from God because his crimes were so horrific, unsettling, and vicious. On November 28, 1994, Dahmer was murdered along with another inmate, ending his life, but not the pain and agony of his victims' families.

Should this vicious killer have received an opportunity to learn about Jesus and receive grace?

Usually, this question seems out of phase for Christian faith, but when a person's crimes are so horrific, forgiveness can seem unfathomable. Such thoughts raise troubling questions we must answer in our hearts:

Grace is wonderful. Grace can also be unsettling. For all of us, grace will be as wonderfully unsettling as it is transformational.

James Nored challenges us to think about God's wonderfully unsettling grace, along with our response to it, in today's video.

We are confronted with the challenging side of grace in the Bible's earliest chapters. Cain killed Abel because of his jealousy over God's acceptance of Abel's worship (Genesis 4:1-16). God then punished Cain. However, he didn't destroy him. In fact, as Cain lived out his punishment, God protected him by giving him a mark that warned others away from doing Cain harm. What are we to think of this kind of justice underwritten by grace?

Jesus forgave those who demanded his crucifixion, saying, "Father, forgive them, for they do not know what they are doing" (Luke 23:34). No doubt, some of those who cried, "Crucify him," at his trial were also among the three thousand who repented and were baptized at Pentecost and became part of the early church (Acts 2:38-47). Is there a worse sin than calling for the murder of God's Son, Israel's Messiah, and the world's hope, Jesus? Both Jesus and his earliest followers extended them grace.

Saul of Tarsus, the Jewish Rabbi who later became known as the apostle Paul, supervised the stoning to death of Stephen, an early disciple of Jesus. Paul would later call himself the "worst of sinners" thankful that the Lord Jesus showed him mercy and grace, calling him into his service as an apostle and missionary:

I thank Christ Jesus our Lord, who has given me strength, that he considered me trustworthy, appointing me to his service. Even though I was once a blasphemer and a persecutor and a violent man, I was shown mercy because I acted in ignorance and unbelief. The grace of our Lord was poured out on me abundantly, along with the faith and love that are in Christ Jesus.

Here is a trustworthy saying that deserves full acceptance: Christ Jesus came into the world to save sinners-of whom I am the worst. But for that very reason I was shown mercy so that in me, the worst of sinners, Christ Jesus might display his immense patience as an example for those who would believe in him and receive eternal life. Now to the King eternal, immortal, invisible, the only God, be honor and glory for ever and ever. Amen 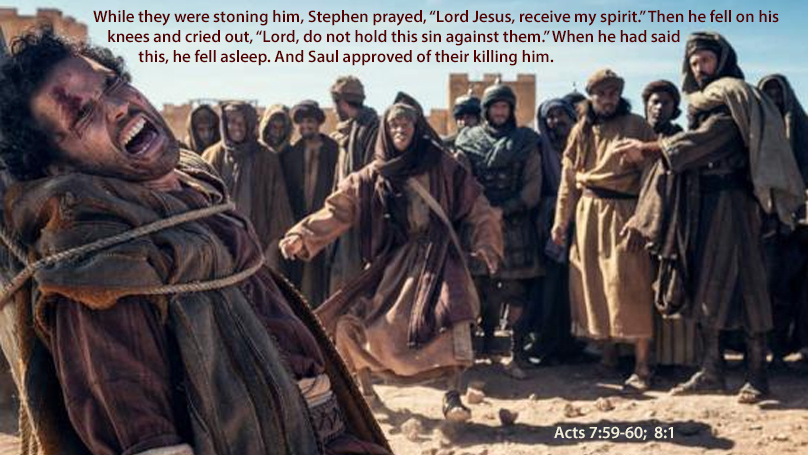 What are we to think about this grace of God that allowed Saul the persecutor and murderer to become Paul the missionary? Thankfully, Paul's change of heart brought grace to millions.

Jesus even touched on this kind of grace in the following parable:

[Jesus said,] "For the kingdom of heaven is like a landowner who went out early in the morning to hire workers for his vineyard. He agreed to pay them a denarius for the day and sent them into his vineyard.

"About nine in the morning he went out and saw others standing in the marketplace doing nothing. He told them, 'You also go and work in my vineyard, and I will pay you whatever is right.' So they went.

"'Because no one has hired us,' they answered.

"He said to them, 'You also go and work in my vineyard.'

"When evening came, the owner of the vineyard said to his foreman, 'Call the workers and pay them their wages, beginning with the last ones hired and going on to the first.'

"But he answered one of them, 'I am not being unfair to you, friend. Didn't you agree to work for a denarius? Take your pay and go. I want to give the one who was hired last the same as I gave you. Don't I have the right to do what I want with my own money? Or are you envious because I am generous?'

"So the last will be first, and the first will be last"

Grace is a great blessing when we receive it. Grace is receiving the gift of mercy, forgiveness, and salvation we didn't deserve. So, why are we envious, grudging, or angry when others receive the grace we don't think they deserve? Could it be because we think God is going to grade on a curve when we've all failed to live up to his standards? Could it be because we've downgraded the level of grace we needed?

Yes, grace is amazing! Even more, grace is wonderfully unsettling.
Jesus' question should humble us: "Are you envious because I am generous?" 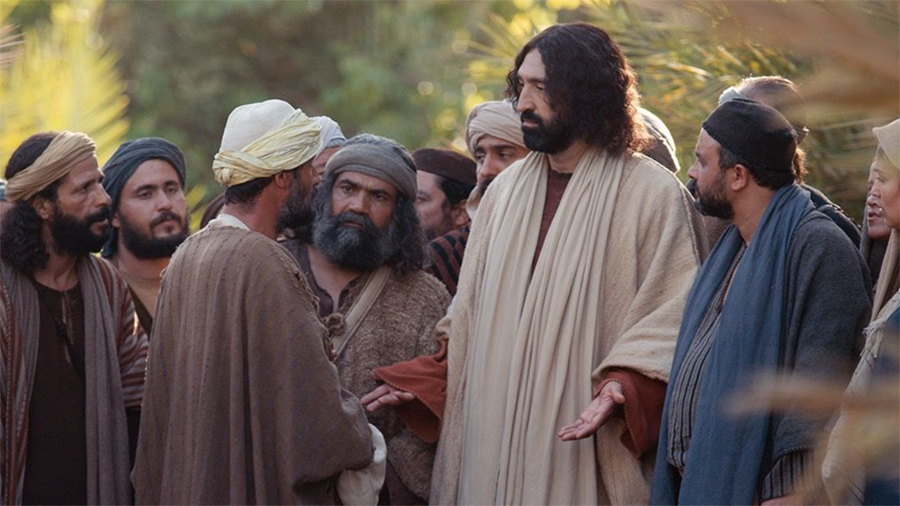 Paul reminds us of the hard truth and the wonderful mercy behind God's grace — notice the underlined words below showing us who we are without this grace:

Since we have now been justified by his blood, how much more shall we be saved from God's wrath through him! For if, while we were God's enemies, we were reconciled to him through the death of his Son, how much more, having been reconciled, shall we be saved through his life! Not only is this so, but we also boast in God through our Lord Jesus Christ, through whom we have now received reconciliation

Once we begin to realize the grace we've received — a grace we didn't deserve and could never earn — then a new set of questions emerges:

Yes, grace is amazing! Even more, grace is wonderfully unsettling. Grace reaches into our lives and changes everything if we allow God to transform us to be more like Jesus. 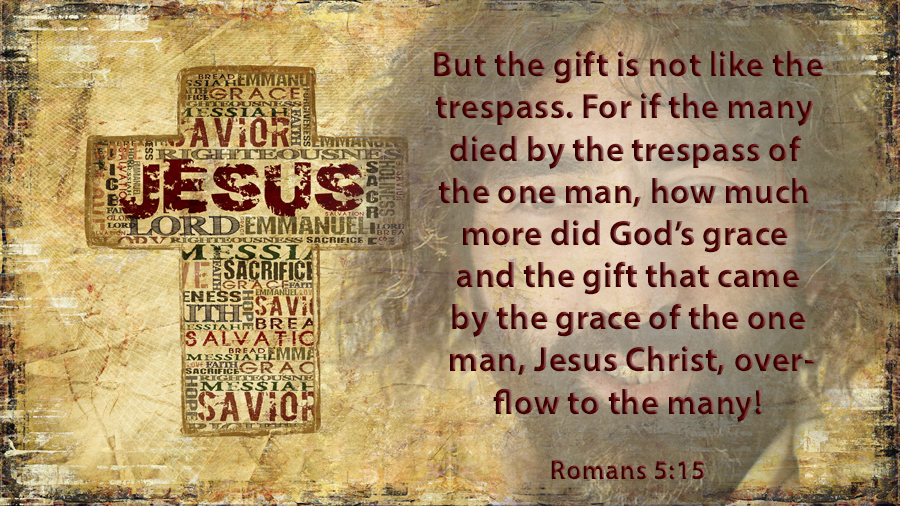 Download the questions and discussion guide to today's video for your personal reflection or to share with others in a group. This material is produced for you to share with friends through social media, personal time together, or in discussion groups.

Special thanks for the use of images related to Jesus' ministry from The Lumo Project and Free Bible Images. The image of Paul supervising the stoning of Stephen comes from "The Bible" movie.

"Wonderfully Unsettling Grace" by James Nored & Phil Ware is licensed under a Creative Commons License. Heartlight encourages you to share this material with others in church bulletins, personal emails, and other non-commercial uses. Please see our Usage Guidelines for more information.