Why in the world would Mark tell this story about what Jesus couldn't do after telling about four powerful miracles Jesus did? 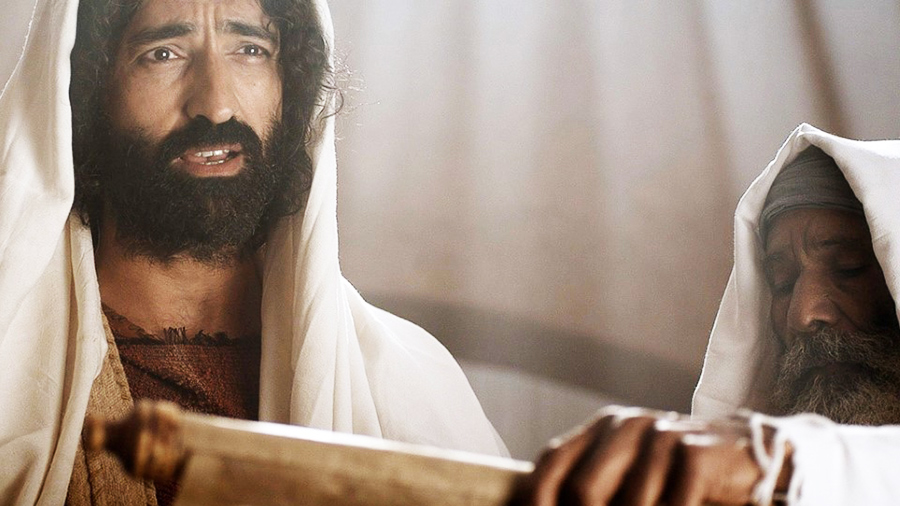 In a very bad way.

How would you like to be forever known in the Bible as the folks who were the kryptonite[NOTE] of Jesus’ grace, the folks who stripped the Lord of his power to help them, and who amazed him because of their unwillingness to believe?

Jesus left there and went to his hometown, accompanied by his disciples. When the Sabbath came, he began to teach in the synagogue, and many who heard him were amazed.

"Where did this man get these things?" they asked. "What’s this wisdom that has been given him? What are these remarkable miracles he is performing? Isn’t this the carpenter? Isn’t this Mary’s son and the brother of James, Joseph, Judas and Simon? Aren’t his sisters here with us?" And they took offense at him.

Jesus said to them, "A prophet is not without honor except in his own town, among his relatives and in his own home." He could not do any miracles there, except lay his hands on a few sick people and heal them. He was amazed at their lack of faith.

Then Jesus went around teaching from village to village 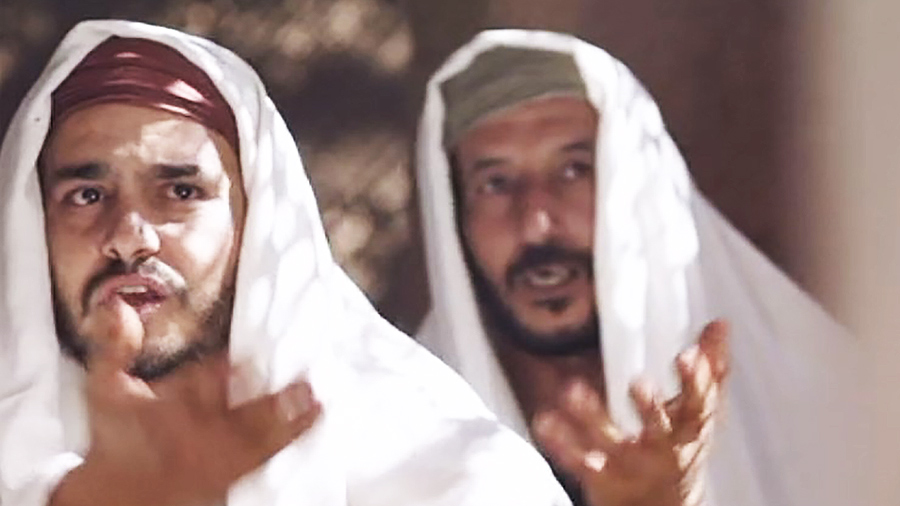 Mark’s language is emphatic when he emphasizes that Jesus "could not do any miracles there"! The villagers' lack of faith, their unwillingness to believe because they were familiar with Jesus, kept Jesus from being able to do what he longed to do for them.

Of course, most of us would settle for the "except" miracles, right? I mean, we would be incredibly blessed to have our sick healed. Jesus still did that in Nazareth. I can tell you many a time and many a church I have seen would love to have a few of their sick people healed. Fewer hearts would be broken. Fewer bodies damaged. Fewer trips to the cemetery for a death out of time. The people in Nazareth were blessed with a few of these "except" miracles. But the big stuff — raising people from the dead, lives being transformed, addictions being healed, broken relationships mended, and stained hearts being cleansed — well, none of that happened.

So, why did Mark put this simple, but painful story in his story of Jesus? Mark is the shortest of the gospels. Mark is the gospel showing Jesus at this stage of his ministry doing amazing things with his great love and power. Look at what has just recently happened in Jesus’ story:

Jesus had just done these amazing things, and then he goes to his hometown (literally, "his fatherland") — to his own relatives and family — and they refuse to believe. They think they know him. To them, he was just a carpenter in the village before he started all this religious stuff. They had watched him grow up with his brothers and sisters. To them, Jesus was "Mary’s boy" — you know, the kid she carried when she got pregnant before Joseph married her to cover her shame. Yes, they had Jesus pegged; they knew who he was. The old saying went, "Nazareth! Can anything good come from there?" (John 1:46). 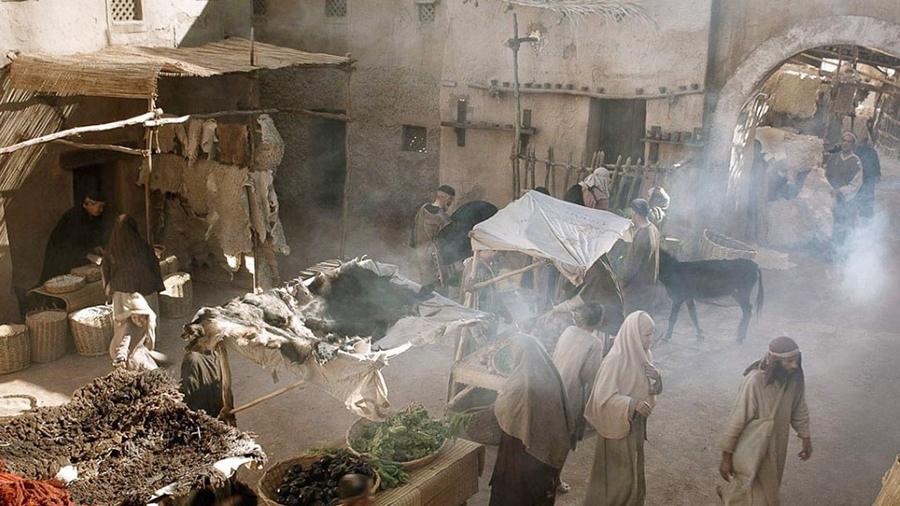 Why did Mark tell this story? Hang on, because we must not miss the answer. We, Jesus’ churches, are Nazareth. We are Jesus’ homeland, kinfolks, and household. Don’t believe me? Remember what he said earlier in his ministry:

We are the people who are overly familiar with Jesus. We are the folks who have grown up around Jesus talk and low expectations of what Jesus can do and will do with ordinary folks. We are the kryptonite of Jesus grace.

Pretty harsh? I’m not the one saying it. Plus, deep inside, most of us know it’s true. We settle into playing church or dabbling at discipleship. We want Jesus to be our good luck charm and insurance policy against hell. We sure don’t expect him to do much with us until we, or someone we love, is sick. Then, we want one of those "except" miracles.

Where do we find Jesus' hometown, relatives, and family, today?
But if we are honest, the rest of the time, we’re pretty sure Jesus isn’t going to do something amazing with our group of believers. Our little effort doesn’t seem to amount to much of a difference in our vast world — but then, that’s next week’s subject! So, other than putting up a poster or picture with some exciting saying and photo, or liking some great Scripture graphic on Instagram® or Facebook®, we just plod on with our low expectations of what Jesus can do with us. We prevent him from doing what he longs to do with us, for us, and through us.

Please, please, please! Go back and read the four miracle stories that precede this one in Mark’s story of Jesus. Know that this is the kind of power Jesus has for us in the Holy Spirit. Paul goes one step further and says we have the power that raised Jesus from the dead at work in us through the Holy Spirit (Ephesians 1:17-20). Don’t let Paul’s glorious outburst of praise be lost to us, but receive it as God’s promise for Jesus’ power to be released among us:

Now to him who is able to do immeasurably more than all we ask or imagine, according to his power that is at work within us, to him be glory in the church and in Christ Jesus throughout all generations, for ever and ever! Amen (Ephesians 3:20-21 — Bold added for emphasis.). 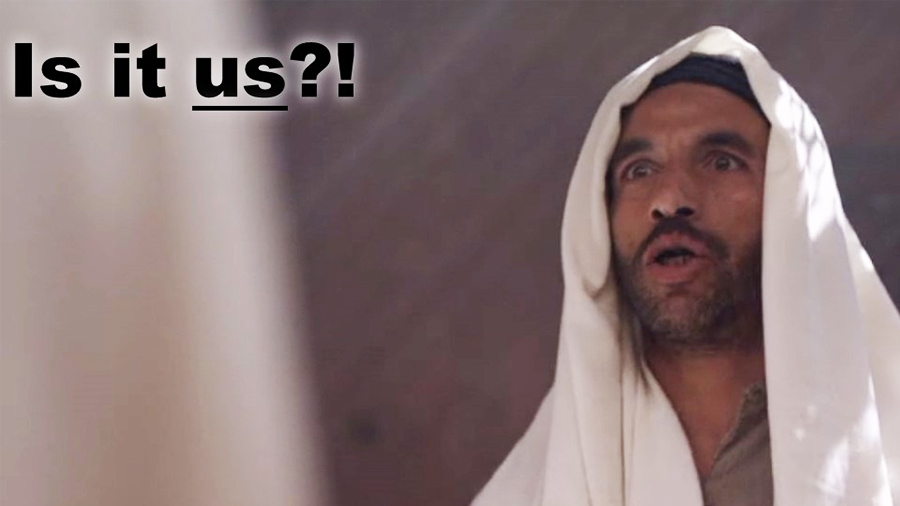 After all, we are Jesus’ homeland, kinfolks, and family. And, our expectations — "all we ask or imagine" — can either be the limiting or the liberating place Jesus begins to be amazed with us!

[NOTE] For those who may not understand the imagery of "kryptonite," this substance had the mysterious power in the Superman stories to render him weak and powerless, despite his otherwise superhuman powers. It is used here as a startling image for our lack of faith and the lack of faith of those folks in Jesus’ home town.

"Kryptonite of Grace" by Phil Ware is licensed under a Creative Commons License. Heartlight encourages you to share this material with others in church bulletins, personal emails, and other non-commercial uses. Please see our Usage Guidelines for more information.