Maybe the goal in life is not to arrive at our goals, but to invite Jesus into the journey and let him get us where we need to be. 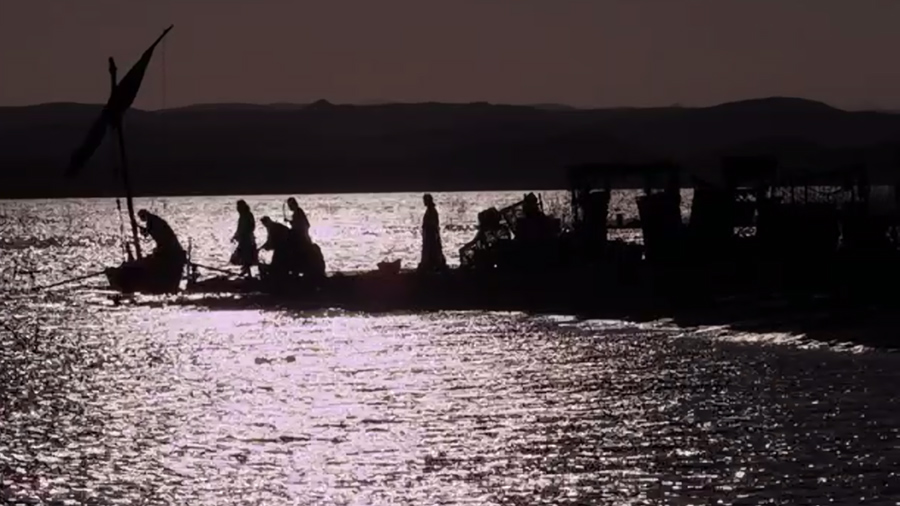 We’re not talking about being afraid. All of us have been afraid — afraid of the dark, afraid of heights, afraid of the dentist, afraid of… well, a host of things. No, we are not talking about being afraid for our lives and the lives of those we love. That is the terror that freezes us in our tracks, makes our stomach churn with acid, and makes us weak in the knees for weeks at a time. That is fear born out of a deep sense of futility: life is about to be over and there is nothing I can do to prevent my destruction.

They were exhausted from their successful work in ministry. They were amazed by Jesus choosing to use them to feed the five thousand. As night fell, Jesus dismissed the crowd and sent the apostles across the lake. He would meet them later on the other side of the lake to continue his ministry. However, as the night wore on, they wore out. The wind and the waves were against them. Things grew more and more difficult and dangerous. The seasoned sailors among them were growing more and more alarmed. 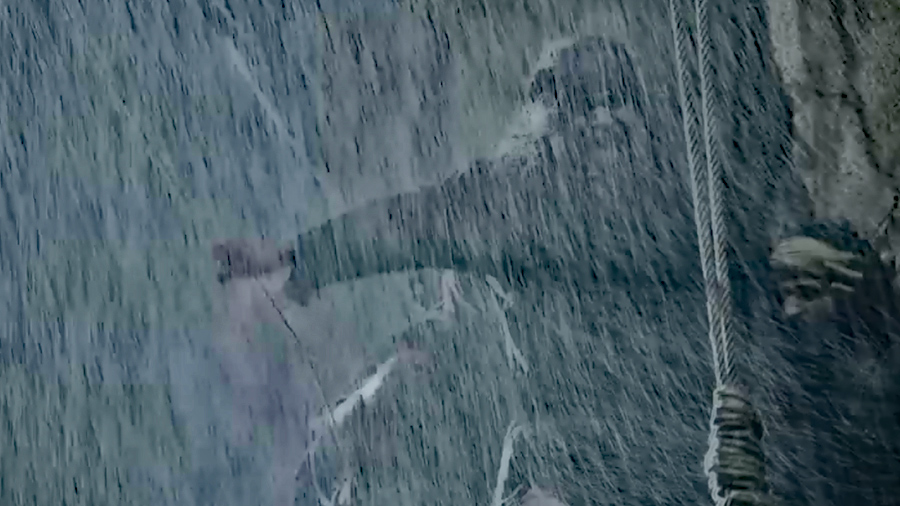 In the middle of their exhaustion, with Jesus on the shore far from them, and with the storm increasing in intensity, they began to see things. Strange things. Ghosts? Demons? Sea monsters? They were terrified, yet they were saved. How? John tells the story this way:

Jesus, knowing that they intended to come and make him king by force, withdrew again to a mountain by himself.

When evening came, his disciples went down to the lake, where they got into a boat and set off across the lake for Capernaum. By now it was dark, and Jesus had not yet joined them. A strong wind was blowing and the waters grew rough. When they had rowed about three or four miles, they saw Jesus approaching the boat, walking on the water; and they were frightened. But he said to them, “It is I; don’t be afraid.” Then they were willing to take him into the boat, and immediately the boat reached the shore where they were heading

In the middle of their terror, Jesus said, “I AM; don’t be afraid.” (That is a literal translation of John’s words.)

As much as they wanted it to be Jesus, there was a part of them that had to say, “I doubt it!”

Perhaps you’ve been where Jesus’ closest friends were at that moment. I have. Terror filled my heart and paralyzed my actions. Life felt as if it was over. I was waiting for the final, horrifying moment of the tragedy to end. The problem was, I couldn’t move. As much as I wanted my ordeal to be over one way or the other, I was frozen. I was caught in between setting sail and landing, caught in the unrelenting storm of uncertainty and fear, danger and doubt. 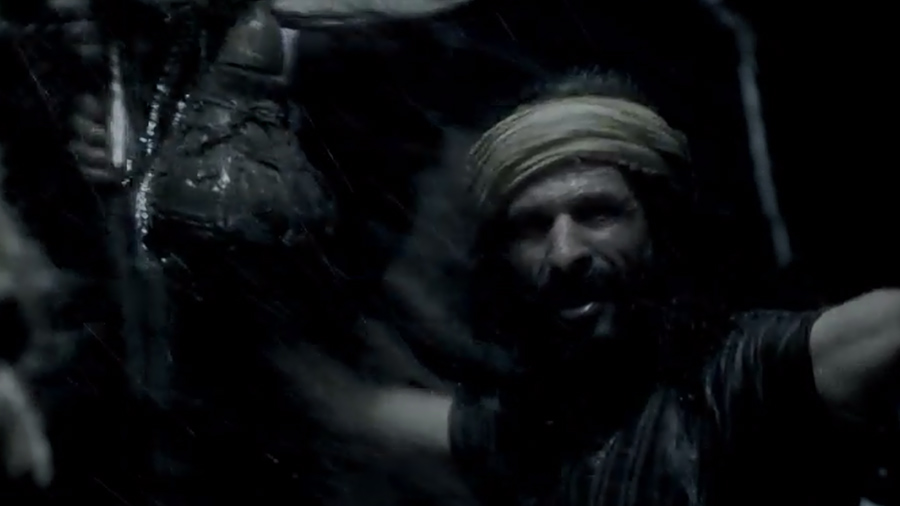 John’s version of this stormy night is short, simple, and straightforward. We will stick with his account. Despite all the fear, exhaustion, and uncertainty, Jesus’ friends did one thing perfectly: “they were willing to take him [Jesus] into the boat.” Despite their doubts, fears, exhaustion, and uncertainties, they reached for the one they needed. He joined them. He came through their storm and joined them in their storm-tossed boat. They welcomed him. And, as John tells it, they “immediately” reached their destination.

Never will I leave you; never will I forsake you.
I don’t know about you, but John seems to be saying that the goal in life is not to arrive at our goals but to invite Jesus into the journey and let him get us where we need to be. In our storms, the goal is not to survive but to find Jesus and trust that he will get us to the right destination.

My guess is that some of the folks reading this simple little message today find themselves where the friends of Jesus were on Lake Galilee: terrified, exhausted, uncertain, and feeling very hopeless. Your storm, at first glance, is different than the one the disciples faced. It’s not about a familiar lake, a sudden squall, and a growing realization that you are not going to make the shoreline. But, your problem is familiar. It sure feels like a storm. It does involve the growing fear that you might not survive the situation. So in reality, your storm is really a lot more like what Jesus’ friends faced that night than it is unlike it. So maybe their solution should also be yours.

God’s promise to Joshua is also his promise to us: “Never will I leave you; never will I forsake you” (Hebrews 13:5). Nothing can separate us from God’s love for us in Christ Jesus, so no matter what we face, we are assured of reaching his destination for us (Romans 8:28-39). So in your storm, and in my next storm, let’s follow the apostles' lead in their storm. Let’s trust that even though we are exhausted, afraid, far from safety, and uncertain about everything, Jesus is trying to get to us through the storm. Let’s be willing to bring him into our mess — whether it is a mess we caused by poor choices, rebellious behavior, or sin or just a mess that descended upon us. Let’s trust that Jesus can get us where we need to be. Most of all, let’s realize the goal of our journey is to find him more than it is to reach our self-appointed shoreline.

Jesus is there for us. He’s coming to us through the storm. Let’s be willing to bring him close and let him bring us to the shore. 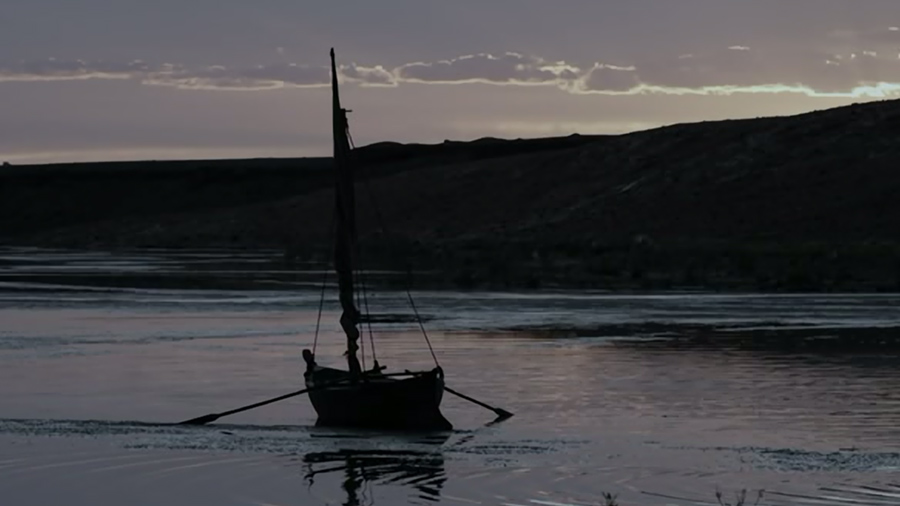 "I Doubt It: I AM, Don't Be Afraid" by Phil Ware is licensed under a Creative Commons License. Heartlight encourages you to share this material with others in church bulletins, personal emails, and other non-commercial uses. Please see our Usage Guidelines for more information.