Let it Begin with Me! 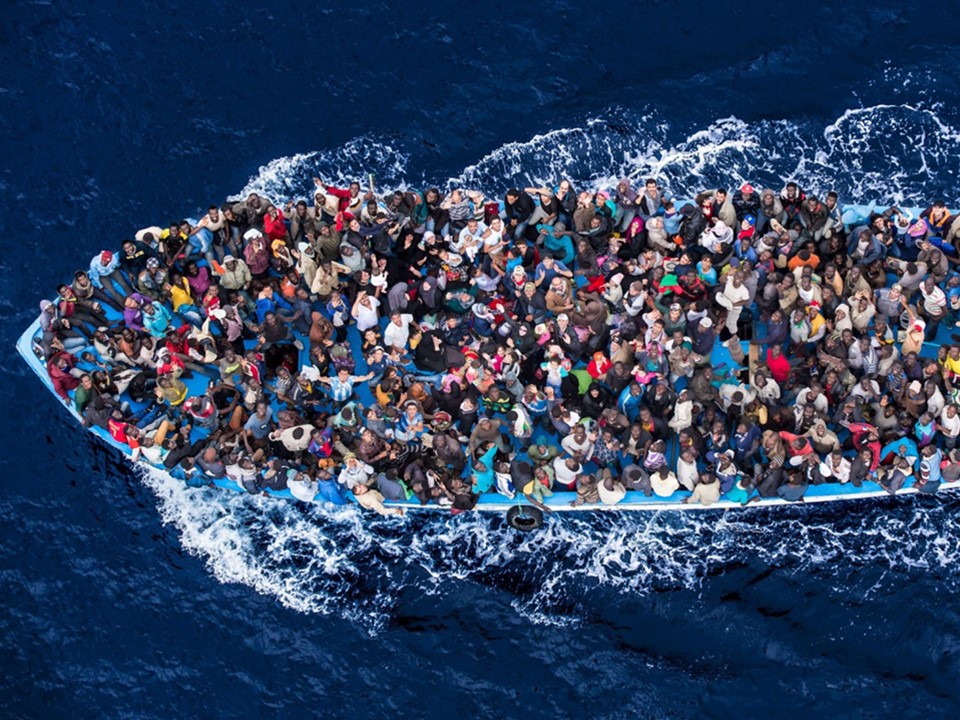 I believe the church is being tested today as it has not been since World War II. Then, there were people of faith who spoke the unpopular truth even though it cost them their lives. It is bad enough when the church ignores the needy, but unconscionable when it is hostile toward the needy. Some of the worst things I have read about the current refugee crisis have been written by church people. We find it easier to be absorbed by the culture than to challenge it. Afraid of people who may steal the shirts off our backs, we forget that Jesus said to give them our coats as well. God, have mercy on us when life in this world means more to us than life in the world to come.

The church has been my life longer than I can remember. I remember very well those times when I have lost my way and forgotten why I am here and what my life is about. Mark's gospel is too plain for misunderstanding:

I don't know if it's possible to have a nightmare and a dream at the same time, but I gave it a good try. The part about trying to decipher a hospital bill was a nightmare. The part about how to untangle the health care mess was a dream. All we need to do to fix the health care problem is to build hospitals to serve well people! It's the sick people who are driving up costs! So, let's just serve the people who are well. No more expensive tests. No long hospital stays. No more insurance uncertainties. No more complicated bills. Leave the sick to take care of the sick. Hospitals are only for well people!

Remember that many churches have made a similar model work for a long time. We church folks are supposed to be about saving the lost and serving the needy. Unfortunately, all too often we tend to congregate in groups where everybody is pretty much like us. We deal with the lost mainly by sending contributions to faraway missionaries. We deal with the needy by supporting local charities. Neither of these "efforts" requires much personal involvement. It's spiritual health care for the spiritually whole, not for the lost, broken, and outcast.

Thankfully most churches do have faithful souls who are the face of Jesus in the community. Unfortunately, in many churches, these people can be in the minority. So of course it would be disastrous to model health care after such church practices. So maybe we should ask if our church models are spiritual disasters, and we just don't know it or admit it. Seems to me that we make a lot of moral choices in the context of what is politically and economically feasible when we should be making political and economic choices in the context of what is morally right. 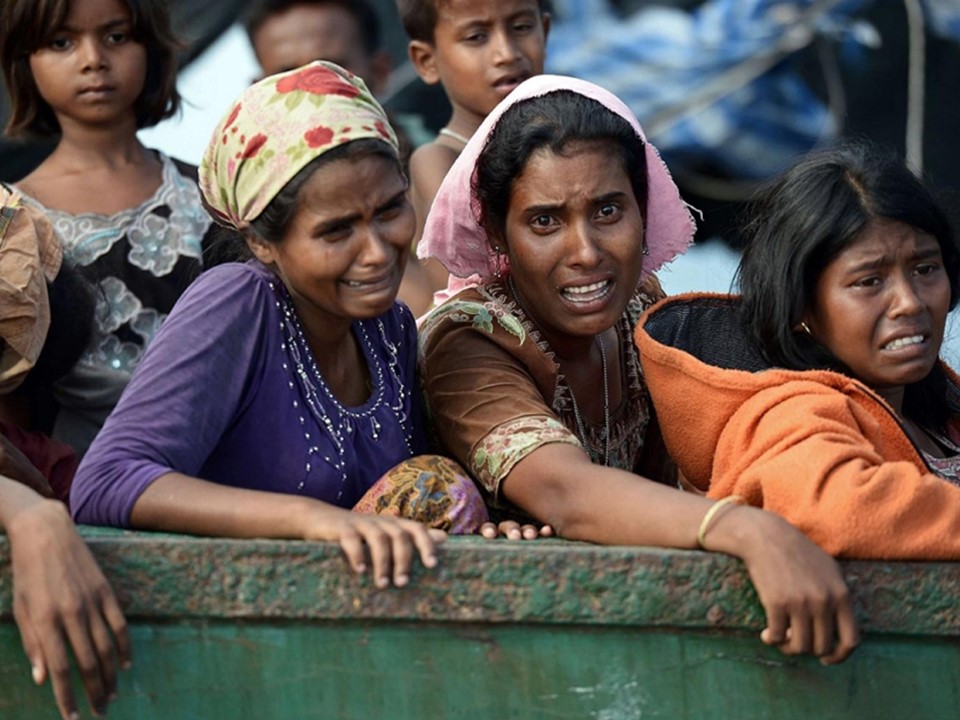 Moving Beyond the Diagnosis of the Problem

Culture tempts us to let church become routine. For some of us, going to church is the Sunday thing to do. We want the music to be good. We want the sermon challenging enough to keep us awake, but not so challenging that we feel obligated to do much more than show up again the next Sunday for a repeat performance.

God challenges us at a far deeper level. Is it possible that the turmoil in our world, including the global refugee crisis, is a test of our Christianity? Could it be a way to reveal whether or not we really believe what we profess? Perhaps it's time to wear WWJD bracelets again? Or maybe we should buy and read more copies of a book that has already sold more than 30 million copies.

Charles M. Sheldon was the minister of the Central Congregational Church in Topeka, Kansas. The congregation was struggling to keep Sunday evening services alive. (Yes, there was such a thing as Sunday evening services.) In the winter of 1896, he wrote a novel built around the question of what Jesus would do when facing certain moral issues. Preaching a chapter each Sunday 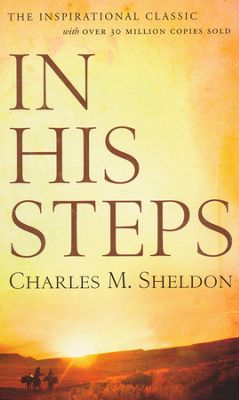 night, Sheldon was soon speaking to overflow crowds. In those days, it was common for newspapers and magazines to print books in serial form, so it was not unusual for people to attend church Sunday after Sunday to hear the next chapter or episode. The sermon series became the best-selling book In His Steps: What Would Jesus Do?*

In Sheldon's novel, the Rev. Henry Maxwell is approached by a jobless man seeking help. Maxwell declines to help him, but the man appears again at church services the following Sunday. At the conclusion of the sermon, he walks to the front and tells his story to the congregation, collapses when he finishes, and dies a few days later. Rev. Maxwell is so shaken by the sequence of events that he challenges his congregation: "Do not do anything for the next year without first asking, 'What would Jesus do?'"

I stood in front of a mirror to ask that question because I wanted to look myself in the eye.
My Personal Application

I stood in front of a mirror to ask that question because I wanted to look myself in the eye... to make sure I treated it like a real question... a question that demands specific answers in specific circumstances:

Looking in the mirror on the wall is unsettling; looking into the mirror of the soul is heart-changing... just as God intended.

Although television covered every move Pope Francis made this week, the most moving appearance I saw was his visit to the National September 11 Memorial Museum at Ground Zero. Three images from that visit are lodged in my mind.

The first is the cross — steel beams pulled from the rubble.

Second is the Bible found in the rubble — its pages permanently fused to metal by the intense heat, and permanently open to these words from Jesus:

But I say to you, "Do not resist one who is evil." But if any one strikes you on the right cheek, turn to him the other also (Matthew 5:39).

The third image is the 100-member Young People's Chorus of New York City, singing as they walked in and singing as they stood, hand-in-hand: "Let there be peace on earth, and let it begin with me."

Yes, let peace on earth begin with me! 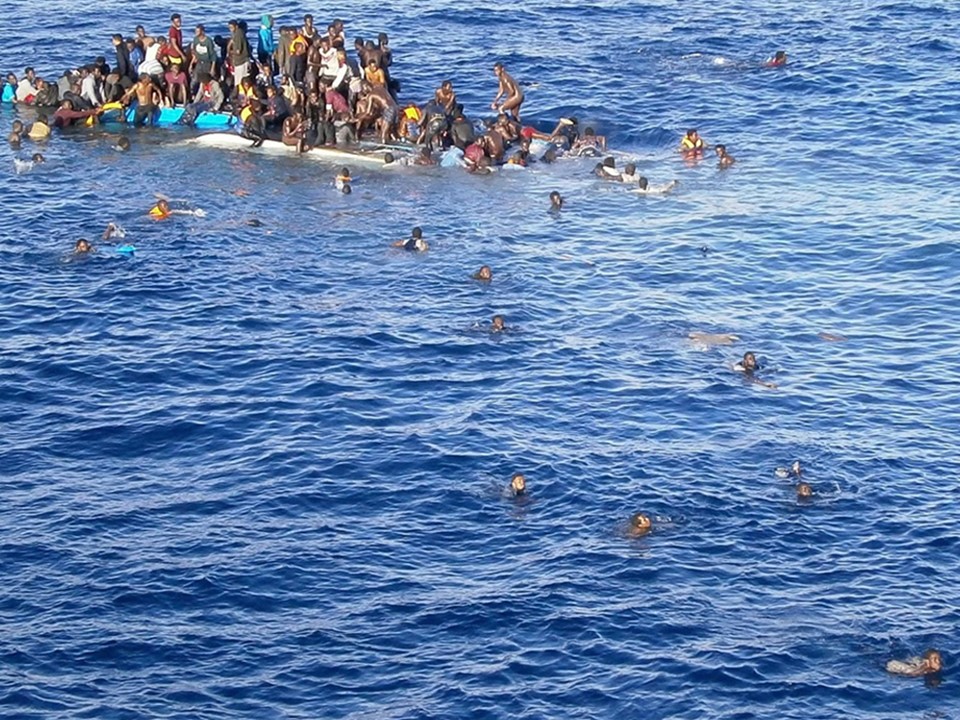 There is a steady theme throughout Scripture emphasizing that people who truly have a heart for God will share his concern, care, and justice for widows, the fatherless, and the foreigners among them. The prophets reminded God's people of this heart with the stories of Ruth and Jonah. This theme shows up in the genealogy of Jesus with the inclusion of Rahab and Ruth, women foreigners who were the ancestors of both King David and the Lord Jesus. Matthew begins his gospel with this emphasis — foreigners, Magi, welcoming Jesus at his birth — and he ends the gospel with this emphasis — Jesus' great commission to reach all peoples. Here's just one of many passages in the Bible with this emphasis:

Do not deprive the foreigner or the fatherless of justice, or take the cloak of the widow as a pledge. Remember that you were slaves in Egypt and the LORD your God redeemed you from there. That is why I command you to do this.

* For Sheldon's book, follow this link: In His Steps.

"Let it Begin with Me!" by Phillip Morrison is licensed under a Creative Commons License. Heartlight encourages you to share this material with others in church bulletins, personal emails, and other non-commercial uses. Please see our Usage Guidelines for more information.