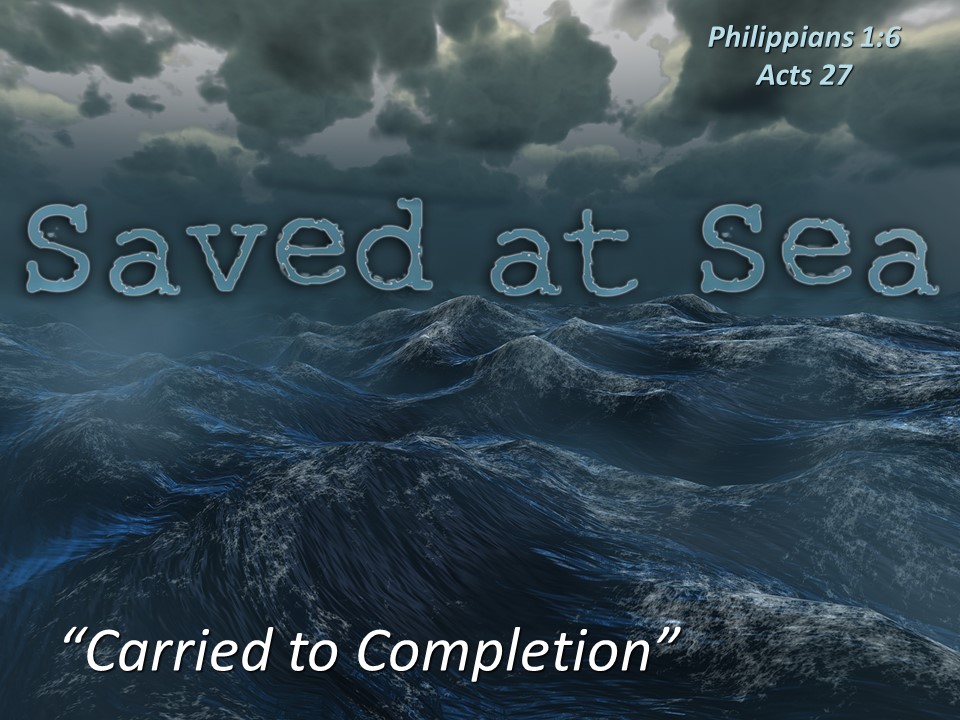 While these may be easy words to say, they are much harder words to live. Yet the people who first heard these words knew that Paul shared them with conviction and passion. He wrote from prison.*note He was under house arrest awaiting trial before Caesar and was chained to a Roman soldier (Acts 28:20; Philippians 1:7; Ephesians 6:20; Colossians 4:12).

When Paul had first set foot on the shores of Italy, he had been welcomed by believers from Rome. Even though he was a prisoner of Rome, they were not ashamed to be identified with him and accompanied him on his journey to Rome (Acts 28:11-16). While under house arrest, Paul had spoken to Jews and non-Jews about Jesus. Some had listened and became followers of the Lord (Acts 28:17-31). In fact, some who guarded Paul became his brothers in Christ (Philippians 1:17). 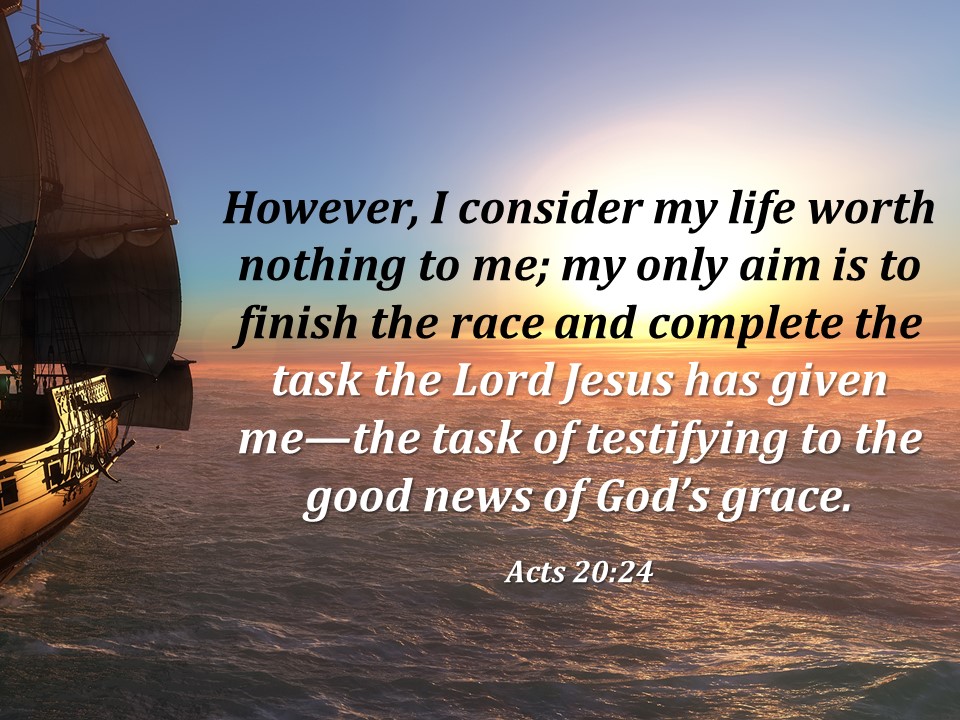 Paul was under a God-ordained calling to go to Rome. He had written to the believers in Rome that God was leading him to come to Rome (Romans 1:15). Even while enjoying a great victory over demons, sorcery, and witchcraft in Ephesus, he didn't hesitate to move forward. Paul told the Ephesians that he had to move on to Rome (Acts 19:21).

After Paul's arrest, assassination plots were planned by his enemies. When everything and everyone seemed to be against him, God revealed that he would go to Rome (Acts 23:11). This was important to him, because Paul was compelled by the love of Christ. His call was to share the message of Jesus to those who had never heard it (Acts 20:24; Romans 15:20-29). He was also committed to encouraging the believers in Rome (Romans 1:11-13). Getting to Rome, however, was quite a challenge. Yet God was faithful and Paul could say:

Paul passionate lived convinced that these words were true. His journey to Rome was filled with all sorts of twists and turns. Luke's account of Paul's journey by sea to Rome in chapters 27 and 28 of Acts are as exciting as any young adult adventure novel. Plots to assassinate him were followed by trials and intrigue — read Acts chapters 21-26. Then Paul boarded a ship under arrest headed to Rome where he would appeal to Caesar for his deliverance.

Slow sailing in the early part of the trip meant that the owner of the ship and the captain had to decide whether to try to make it to Rome in the dangerous late October weather. Paul warned them to wait, but they set sail. Things went from boring in the early part of the trip, to bad winds, to worse winds, to terror filled storms, to plots to kill the prisoners including Paul to keep them from escaping, to schemes by some sailors to steal a lifeboat and get away, to tossing out all the tackle, to throwing overboard all the supplies, to holding the ship together with ropes, and finally to running aground in a storm.

When the ship broke up in the crashing waves driven by the storm, all prisoners escaped to the island of Malta. On shore, this mixed group of sailors, prisoners, and soldiers was warmly greeted. As the nearly 300 men tried to warm themselves by fire, a viper came out of the burning wood and fastened itself to the hand of Paul. Paul shook it off and was unharmed by the venom. This incident opened the door for Paul to minister to the people there. When winter passed, the group sailed to Italy, and Paul was accompanied by believers as they walked him from the coast to the imperial city of Rome. 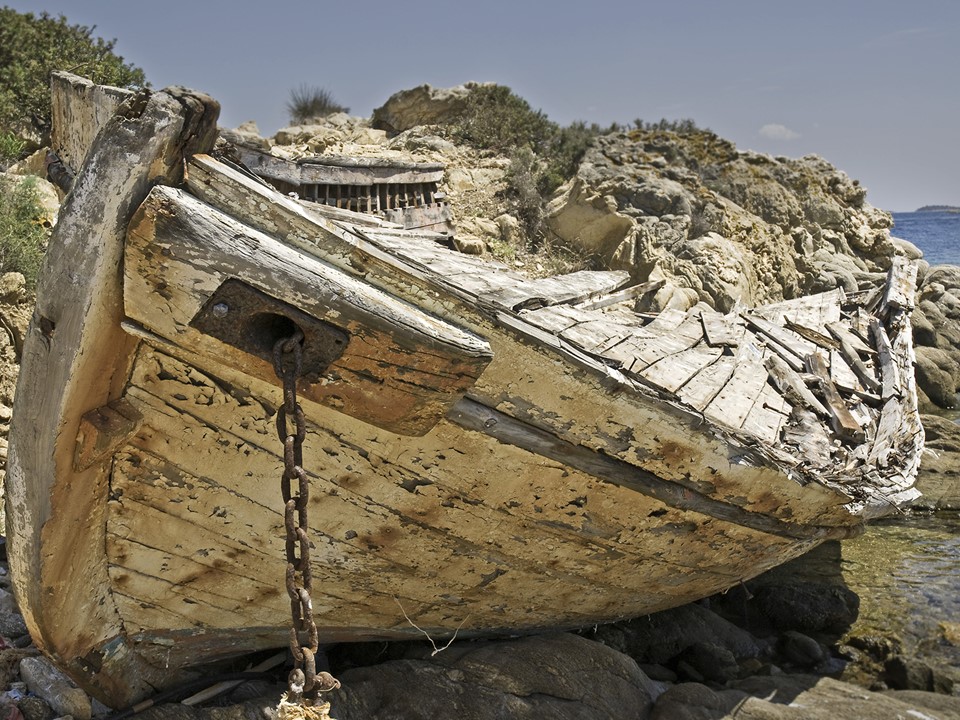 Luke ends Paul's story in the book of Acts a triumphant, yet ungrammatical ending. In the original language, Luke's last word is an adverb often translated "without hindrance." Literally, the word could be translated in its adverbial form as "unhinderedly"! Led by the Spirit, Luke wanted this last word of the book of Acts to ring in the ears of disciples of every generation until Jesus returned: "Unhinderedly"!

Our struggles are not forgotten. Our cause is not going to fail. Our impact on the world will not pass into non-existence even under the assault of time and culture.
Despite hardship, opposition, and near death experiences, God brought Paul to Rome as he had promised. Paul shared the message of Jesus to both Jews and non-Jews while under house arrest. He wrote several of his most powerful letters to churches — Ephesians, Colossians, Philemon, and Philippians. *note Paul's story was the living example of the assurance he offered to his beloved brothers and sisters in Philippi. 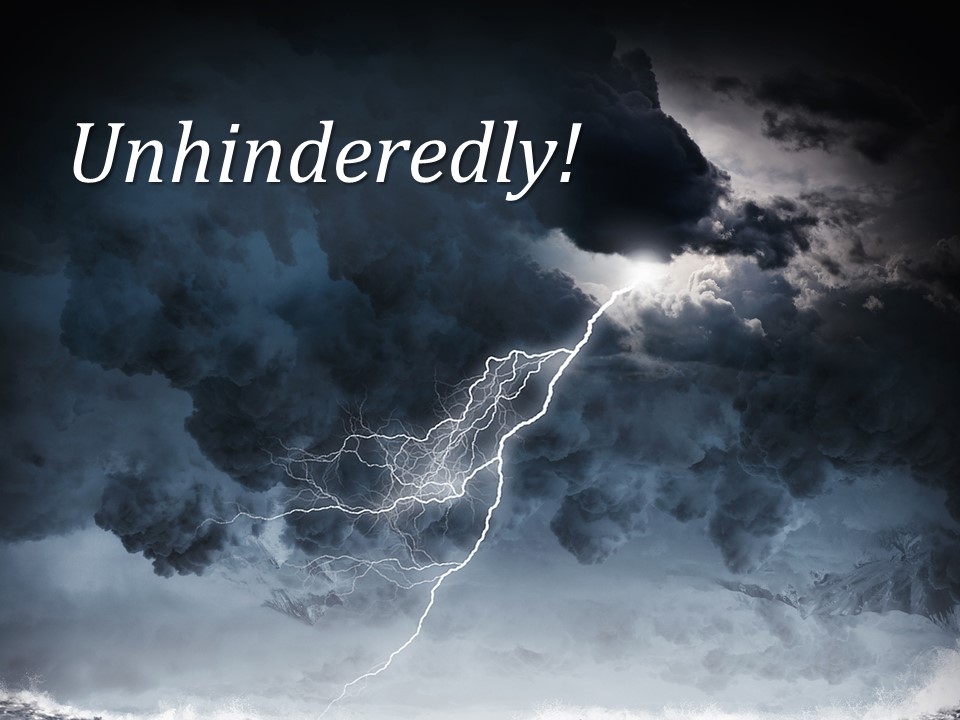 Today, in a world growing more hostile toward those who believe Scripture and who follow Jesus, we must remember these powerful words of Paul to the Philippians. Our struggles are not forgotten. Our cause is not going to fail. Our impact on the world will not pass into non-existence even under the assault of time and culture. The Holy Spirit will empower us to bring grace to the lost and encouragement to the fainting. The Lord Jesus will continue as head of his body, the church. The question is whether we — whether you and whether I — will be faithful to the Lord Jesus who has called us. Because...

I want to finish with a final word for those who might be struggling with your faith or who are toiling for the Lord and in a life situation under great discouragement. Satan will do everything in his power to make you feel like you have wasted your life by following Jesus. He wants you to feel like your work for the Lord have been in vain. He wants you to believe that you have wasted our efforts and didn't accomplish what God called you to do.

Dear friend in Jesus, please remember that the Lord will not let your life be wasted. The Lord sent the apostles to collect twelve baskets of leftovers after feeding the 5,000. He will not allow your efforts and your life to be wasted. Even if you mismanaged your life, the Lord can use your last hours, days, months, and years to impact others. Paul's promise for the Philippians is your promise as well. So don't give up. Don't give in to discouragement. Remember... 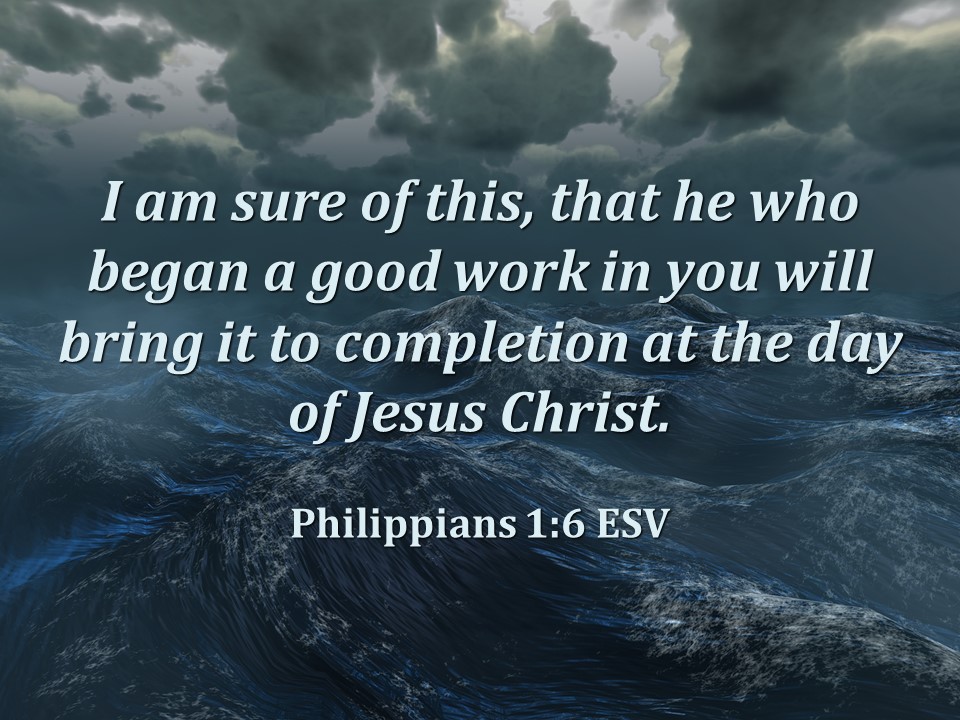 This accounting of Paul's story assumes that Philippians was written during Paul's house arrest in Rome. While there are other suggestions for the time of Paul's writing the Philippians, that date does not alter the point of what is shared here and seems the less likely background for Paul's letter to me.

"Unhinderedly!" by Phil Ware is licensed under a Creative Commons License. Heartlight encourages you to share this material with others in church bulletins, personal emails, and other non-commercial uses. Please see our Usage Guidelines for more information.