Who stood by Jesus while all his apostles failed him? 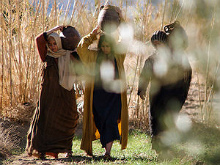 For me, they are some of the most haunting words of the whole Bible: Then everyone deserted him and fled (Mark 14:50). After sharing the Last Supper with his closest disciples, after warning them about their falling away, after his words of his own impending death, after his prayer for their unity, and after taking them to the Garden of Gethsemane to pray with him, they had all abandoned him.

Luke is the gospel of inclusion. He makes sure those on the fringes — the forgotten, abandoned, and marginalized — are included in the ministry of Jesus. In fact, Luke not only includes them, but he makes them vitally important in telling the story of Jesus. So we should not be surprised that Luke makes clear what the other writers will only hint. 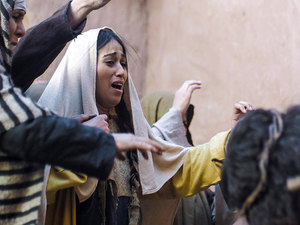 "The women." Beginning with the crucifixion, Luke emphasizes a group of women that were faithful to Jesus through everything. These women were from Galilee and Luke refers to them as "the women." They are the ones who stood watching at the crucifixion (Luke 23:49). Luke had referred to them earlier in his story with these words:

We hear about these women briefly in the Matthew and Mark accounts of the resurrection (Matthew 28:5-11; Mark 16:8). For Luke, however, their presence dots the landscape of Jesus' crucifixion, burial, resurrection, and Pentecost stories. While Jesus' men are hiding for fear (John 20:19), "the women" followed Joseph of Arimathea and witnessed Jesus' burial (Luke 23:55), made preparations and then went to the tomb with spices to honor Jesus' body (Luke 23:56; Luke 24:1) where they found the tomb empty, met two angels, and first heard about Jesus' resurrection from the dead (Luke 24:2-7). They then report to the apostles what they had seen and heard, but their report was rudely dismissed as nothing more than "nonsense" (Luke 24:8-12) to everyone but the apostle Peter. Later, however, the apostles validated the women's testimony (Luke 24:24). After Jesus' resurrection and ascension, Luke also reminds us of the "the women" being present and joining in prayer before the coming of the Spirit at Pentecost (Acts 1:14). 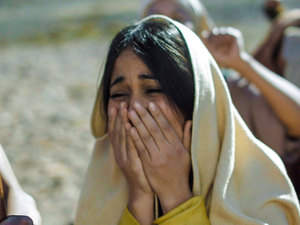 Through the Passion, resurrection, and ascension of Jesus, the male apostles' faith wavered and fear governed many of their responses. Yet through these same events, "the women" from Galilee were faithful and involved. Not only had they cared for Jesus financially during his ministry, they were willing to be identified with him in his death to serve him. Yet we should not be surprised by a group of women being ruggedly determined to follow Jesus no matter what happened. Mary Magdalene had been delivered from demons. Jesus was known to defend and bless a repentant "sinner of the city who anointed his feet at a dinner in an important religious man's house (Luke 7:36-50). Jesus cared for widows (John 7:11-16). Some of "the women" were influential. Some had experienced Jesus' transformational grace through healing and exorcism. All were committed enough to support his ministry financially. They would not give up on Jesus even when all seemed lost, were there for the exciting news Jesus had risen from the dead, and they helped set the table of grace with prayer as the disciples waited for the outpouring of the Holy Spirit at Pentecost.

In a world where women were not considered significant, Jesus' story was different. 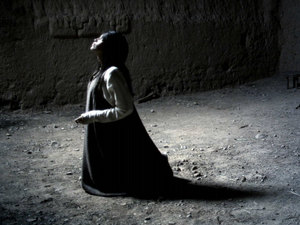 In a world where women were not considered significant, Jesus' story was different. His story begins with an old woman miraculously becoming pregnant (Luke 1:5-25) and a young woman from the nowhere city of Nazareth conceiving as a virgin with the help of the Holy Spirit (Luke 1:26-39). The story ends with a group of women doggedly staying true to Jesus through the horrors of the crucifixion, the hard realities of his burial, and being the first to announce his resurrection from the grave. In addition, they are mentioned in the group that prayed the early church's way to a new era of salvation with the coming of the Spirit.

The story of women in their importance to the ministry of Jesus doesn't end there. As the message of Jesus moved into Macedonia — a place where women appeared to have more freedom than in other parts of the Roman Empire — Luke emphasizes their importance. The story of Paul's early work in Europe centers around a group of women in prayer that open the way for Lydia and her household to come to Christ and provide a house for the missionaries to use as a place to stay and a place for the new church to meet (Acts 16:1-15). Paul's freeing a woman from the demonic spirit that bound her created the stir that ended up pushing them on to Thessalonica (Acts 16:16-40). During Paul's ministry in Thessalonica, two other women, Euodia and Syntyche worked side-by-side Paul in the work of sharing the Gospel. (Paul's language in Philippians 4:2-3 uses two terms used for missionary endeavor — "contended at my side for the sake of the gospel" and "co-workers whose names are written in the book of life"!) Just down the road from Philippi, in the towns of Thessalonica and Berea, Paul's teaching and preaching connected well with more than a few of the "prominent women" in the communities (Acts 17:4; Acts 17:12). 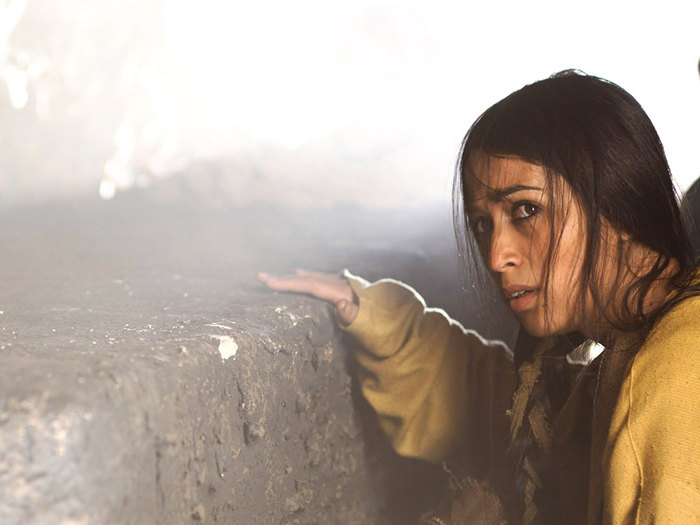 If we are going to talk about how God values women, we need to be aware of how God prominently involved women in growing the early church. They played indispensable roles in Jesus' ministry, at Pentecost, and in the work of Paul as he moved from Asia Minor into Europe. All of this is important to note, because it also helps us understand the important work of women that Paul mentions at the end of his letter to the Romans (Romans 16:1-16) — our focus for next time. In a time when most cultures gave women little role in changing politics or religion, Jesus and Paul relied on them in many ways — prayer, financial support, places to stay, evangelism, and as we will see next week, considerably more.

This is the sixth in a series of posts about how God values a woman and The Creator's plan for the people in Jesus' church to restore the Father's original intent through their life together.

In the third post — "Restoring the Creator's Intent" — we focused upon the birth of the church in Acts chapter 2 and how the key elements of faith in Jesus, baptism, and the work of the indwelling Holy Spirit, God began re-creating a new humanity in the church. This new humanity valued men and women of equal importance as children of God, restoring the Creator's original intention through the life of the church in Jesus' disciples.

In the fourth post, we looked at Paul's language of inheritance and the radical declaration that men and women are not only equally heirs of God's promise, but also "Co-heirs with Christ of God's inheritance.

In the last post, we looked at the story of Martha and Mary where Martha worried about preparations and Mary sat at the feet of Jesus, the position of a student in training to be a Rabbi. How do we miss all the implications and Jesus' powerful words, probably because the story is "Too Familiar to Feel the Bite."

Special thanks to Free Bible Images for the images used on this page.

"The Women" by Phil Ware is licensed under a Creative Commons License. Heartlight encourages you to share this material with others in church bulletins, personal emails, and other non-commercial uses. Please see our Usage Guidelines for more information.