What happens when culture passes us by?

The conversion of Saul drained much of the energy from the persecution that had scattered the Jerusalem church. The arrests and seizures dwindled. So long as Christians kept their heads down, the Jerusalem authorities decided to leave them more-or-less alone. When word of that spread, believers began to drift back to the city and rebuild their lives.

But, the church doesn't simply pick up where it left off. Things had changed! 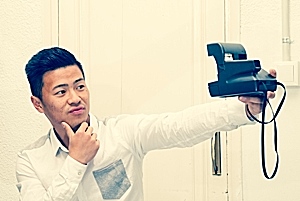 If the first season of the Jerusalem church's life was dominated by the enthusiastic response of Jews to the gospel, this "second season" is dominated by the surprising response of the Gentiles. The middle section of Acts opens with the conversion of Cornelius, the Gentile centurion (Acts 10). It tells of a church forming in Antioch (Acts 11) — the first Gentile church. It chronicles Paul's missionary journeys in Asia Minor and Greece — preaching to Gentiles. The Jerusalem church hosts a conference on the question of Gentiles and the gospel (Acts 15).

Jerusalem isn't the only game in town any more. Churches are springing up all over the Mediterranean world: all over Galatia, and in the cities of Colossae, Philippi, Corinth, and Ephesus. Explosive growth is still happening in God's church, but it's happening elsewhere, outside of Jerusalem. The story of Acts increasingly becomes a Gentile story.

From a modern perspective, it is easy to see that God is releasing the gospel cat from the Jewish bag. God sent Peter to share the gospel with Cornelius. God gave Peter permission (indeed, a mandate!) to enter Cornelius' Gentile home and eat Cornelius' Gentile food. God's Spirit fell on Cornelius and his household, dramatically and irrefutably demonstrating that Gentiles were welcome in the kingdom. God planted the seed in Antioch so Paul and Barnabas could harvest Gentile souls. God sent Paul the vision of the Macedonian.

God's message is clear: Gentiles are the future of the church. Not Jerusalem; the Empire. Not Judea and Galilee; the world. Not Hebrews; Greeks and Romans and Syrians.

Easy to hear that message now. Not so easy then. God was introducing a different mindset where his kingdom would not be limited by ethnic, cultural, or custom norms. But the Jerusalem church struggled with this mindset and never managed to embrace it whole-heartedly.

In the first season of the church's life, disciples in Jerusalem knew how to reach people. They knew how to speak the language of their neighbors. They were bold... persistent... committed.

And, so long as their audience was like themselves, the church grew... so long as converts were willing to be good Christians and good Jews... so long as a healthy measure of Moses was always mixed into the recipe of faith.

But now, the gospel was escaping into a bigger world, gathering a different audience, and facing fresh challenges. The gospel was bigger than Jerusalem. The gospel would not be constrained by Jerusalem's boundaries.

Many in the Jerusalem church, however, could not reconcile themselves to these new realities. They did not like what Peter had done. They certainly did not like what Paul was doing. If Gentiles were to be ushered into the kingdom, it should only be through the door of both Cross and Law, new covenant and old. Let the Gentiles be circumcised. Let them eat kosher food. Let them learn (and observe!) the traditions.

The Jerusalem Council addressed these matters for the record but did little to change the attitudes and culture of many Jerusalem Christians. Twenty-five years after the Cross, believers in Jerusalem still practiced their faith as good Jews (Acts 21:20 — "and all of them are zealous for the law"). Many believed that all Jewish believers—wherever they lived and whatever their circumstance—should do the same (Acts 21:21-24 — "then everyone will know that you yourself are living in obedience to the law."). And a sizeable faction still insisted that even Gentiles must submit to the law and its strictures. The Jerusalem Council did not put an end to this insistence—as demonstrated by the continuing battles Paul had to fight in many of his epistles against Judaizing ideas championed by Jerusalem Christians. 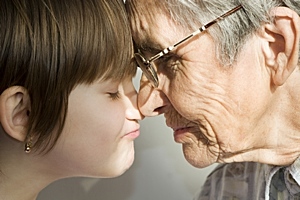 The middle section of Acts records the story of the Jerusalem church struggling with this new world and the transitions it demanded. Jerusalem believers weren't sure they wanted to reach a different audience. They resisted adapting to different people, much less adopting different ways and different priorities. They valued their traditions over God's mission. They decided to do the same comfortable things in the same comfortable ways, even if it meant sacrificing a few Gentiles.

The church in Jerusalem continued to exercise enormous influence during this period, sending out missionaries and representatives, and mediating disputes. However, Luke makes no more statements about explosive growth in the Jerusalem church. There are no more "thousands" flocking to join "the Way" in Jerusalem. The Jerusalem church has plateaued and will never return to the glory days of its beginnings. No longer is the church of Jerusalem the center of the Christian world or the focus of the Christian story.

Your church is likely facing similar challenges as Jerusalem. Times are changing. It's a different season at your church than it was ten years ago. The community in which you live, and the people and problems it addresses, is changing as well. God is doing something, sending some message, and opening new kingdom opportunities.

So... how is your church responding?

Are you developing new perspectives or staying with the tried-and-true?

Are you rising to the occasion or settling on your laurels?

Are you forcing yourself to stretch or protecting your comfort zones?

Are you retooling as a church or retrenching?

Are you learning how to speak to a new audience or are you only talking to people like yourself?

Are you grappling with today's realities or are you still mourning the passing of yesterday's world?

How a church answers such questions determines whether it is a church with an effective future... or whether, as in Jerusalem, the church plateaus and begins a long, slow decline.

"The Plateaued Church" by Tim Woodroof is licensed under a Creative Commons License. Heartlight encourages you to share this material with others in church bulletins, personal emails, and other non-commercial uses. Please see our Usage Guidelines for more information.