What can we learn from Acts about the traits of a declining church?

by Tim Woodroof (07/20/2014) | Kingdom Leadership
The first third of Acts (chapters 1-9) tells us about a church handling transition well: from tiny to massive, popular to persecuted, assembled to scattered. Somehow, through significant transitions, the Christians of Jerusalem managed to keep their eye on the ball and function as the people of God.

The second third of Acts (chapters 10-19) describes Jerusalem handling transition less well. The gospel focus is shifting. The real opportunities for church growth, for kingdom impact, involve Gentiles. Gentiles are flocking to the gospel. How should Jerusalem respond to this? Peter and Paul showed the way—jump right in, eat their food, embrace them with open arms! But many Jerusalem believers resisted. They could not reconcile themselves to this new audience and its new challenges. Many opted for tradition over mission.

The last third of Acts (chapters 20-28) tells the story of a Jerusalem church that has grown increasingly isolated and irrelevant... a church that has fumbled its fundamental mission and is headed for oblivion. Paul's missionary journeys are winding down. The narrative of Acts focuses increasingly on Paul's arrest and transport to Rome for trial. And the shift of focus away from Jerusalem to the Gentile world is almost total. 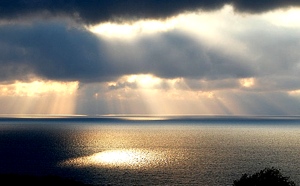 Luke makes frequent mention of Jerusalem also. But a careful reader will note that a not-so-subtle change has occurred. Luke does not use the word "Jerusalem" to talk about the church there or to celebrate an influx of new believers. Of the twenty-six times "Jerusalem" is mentioned in the last nine chapters of Acts, Luke uses the term twenty-five times to refer to the city itself: a destination for Paul's travels... a place of danger and persecution... and the site of Paul's arrest and the home of Paul's accusers.

But the Jerusalem church is mentioned only once in those chapters, and what is said about the church there is revealing.

Zealous for the Law

Go read the account of Paul's return to Jerusalem (Acts 21:17-26) again. Paul arrives in Jerusalem. He meets with the leadership of the Jerusalem church — "James and all the elders were present." He gives a detailed report about "what God had been doing among the Gentiles through his ministry."

In response to his report, the leaders of the Jerusalem church do two things.

Then, they raised a matter of intense concern precipitated by Paul's return to the city — a concern that was so serious it required Luke over 150 words to describe:

Then they [James and the elders in Jerusalem] said to Paul: "You see, brother Paul, how many thousands of Jews have believed, and all of them are zealous for the law. They have been informed that you teach all the Jews who live among the Gentiles to turn away from Moses, telling them not to circumcise their children or live according to our customs. What shall we do? They will certainly hear that you have come, so do what we tell you... Then everyone will know there is no truth in these reports about you, but that you yourself are living in obedience to the law."

There is something chilling about this passage. A world is being turned upside down. God has opened the Gentile floodgates. Yet the Jerusalem church (even the leaders of that church!) barely noticed. They "praised God" — briefly and a bit mechanically (if you read between the lines).

But then these church leaders turned immediately (and at far greater length) to more "critical" matters. They were in effect saying:

"Of course, we know there is no truth to these accusations, that — without question — you live as a good Jew even among the Gentiles, that you are as observant of our traditions in Antioch and Ephesus as we are in Jerusalem. To prove this point, let's do something to show the reports are false and that you are as ritually righteous as the rest of us! A vow! A sacrifice at the temple!"

You don't have to live in Jerusalem in the first century to belong to a church that has abandoned its mission!
For these church leaders and the believers who followed them, zeal for the law was what really counted... keeping the traditions and customs of their forefathers... circumcision and hand-washing and Sabbath-keeping. They assumed Paul valued and practiced such customs just as they did. (He did not.) They assumed the reports about Paul's fast-and-loose ways were gross defamation. (They were not.) They suggested Paul needed to demonstrate there was "no truth in these reports about you." (Amazingly, he went along with this suggestion!).

But, the point of this exchange is as clear as it is disturbing. These Jerusalem Christians were far more interested in Paul's hewing to the old paths than in his evangelistic harvest among the Gentiles. Jerusalem believers were more likely to be infuriated by Paul's disregard of the traditions than inspired by his tales of Gentiles coming to faith. They were "zealous" about keeping the customs, not about taking the gospel into all the world.

This is the last mention of the Jerusalem church in Acts. And it is clear that this church is already in decline. Oh, they can still point to the "thousands who have believed." But those thousands have taken a wrong turn. They are focused on the law, not the gospel. They are concerned with their traditions, not the world. They have decided to become more Jewish rather than more Christ-like. They've dug in and circled the wagons in protection of the life they've always known.

Fifteen years after these events, the church in Jerusalem did not exist anymore. Some say that—in the Jewish Revolt leading up to A.D. 70 and the destruction of Jerusalem by Vespasian—the church abandoned Jerusalem en masse and headed for the hills to escape the coming calamity. Some identify these survivors with the Ebionites or Nazarenes, renowned for their attempts to live out faith in Jesus within the parameters of Jewish law and customs. (As Jerome wrote in a letter to Augustine about one of these groups: "While they pretend to be both Jews and Christians, they are neither.") Each of these groups clung to tenuous life into the fourth century, dwindling finally into obscurity.

Any Distracted and Declining Churches Today?

You don't have to live in Jerusalem in the first century to belong to a church that has abandoned its mission, forgotten its calling, and focused on peripheral things. It happens all the time. For "zeal for the law," substitute "zeal for heritage." For "circumcision," substitute "worship style" or "hermeneutic" or any of a host of issues with which churches have distracted themselves from their central duties. For concern for "customs," substitute... well... concern for "customs"!

Our version of the Jewish leaders' speech to Paul sounds a little more like this:

"Yeah, all that stuff about reaching a new generation and being Christ's hands-and-feet is great. Now, let's talk about what's really important. Look how many of us are deeply committed to protecting our worship traditions and keeping our brand name above the door and ensuring that women never make announcements on Sunday morning. Look how concerned we are to defend the practices we've always known."

Too many modern day Christians (and churches) are far more interested in hewing to the old paths than in taking the gospel to a new generation. Too many of us are more likely to be infuriated by someone's disregard of our traditions than inspired by tales of lost people coming to faith. Too many of us are "zealous" about keeping the customs and careless about taking the gospel into all the world. 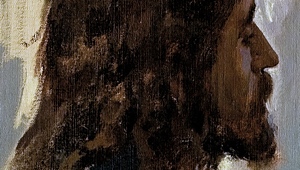 When you see such a church, don't be surprised if it is in decline and that it is only a matter of time until that church dwindles into obscurity. Any church that mislays its mission, any church that forgets its central business, cannot have much of a future.

"Zeal for the law" will only take a church so far, because the church was designed and intended to be powered by zeal for Christ exclusively.

For other articles in this series, see "Change in the Life of the Church" on the Interim Ministry Partners website.

"The Declining Church" by Tim Woodroof is licensed under a Creative Commons License. Heartlight encourages you to share this material with others in church bulletins, personal emails, and other non-commercial uses. Please see our Usage Guidelines for more information.