Serving to bless is also the foundation on which we lead. 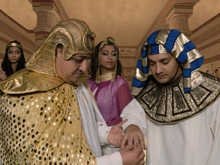 Have you ever seen a leadership position ruin someone? (Please be aware that I am distinguishing actual leadership from merely holding a position that implies leadership — president, CEO, pastor, parent, etc.) I've seen more than one person work creatively and industriously to get a promotion to a leadership position, only to watch that same person fail miserably for the lack of both creativity and industry. What happens in those situations?

Maybe people fail as leaders because of their failure to understand that authentic leadership is always for the sake of others. 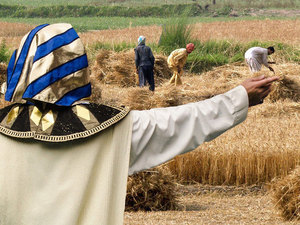 When Joseph was elevated to the position of Prime Minister in Egypt, he was second only to the Pharaoh himself. He did not take his superior position to be for his own benefit. First for the sake of the Egyptian people and ultimately to save his family — and thus the Jewish-Messianic line — Joseph understood that his elevation to high position was not for his sake but for others.

Then there is the case of Moses. He was not rescued and adopted into the court of Pharaoh to live in luxury. He was there to learn the ways of Egypt in order to be Yahweh's instrument of deliverance for his people from bondage.

Apostles such as Peter, James, and John could understand leadership even better. They had the personal example of Jesus before them. "The Son of Man came not to be served," he explained, "but to serve others and to give his life as a ransom for many" (Matthew 20:28 NLT). Thus his earliest disciples were committed to the instruction, mentoring, and empowerment of others.

Who misled pastors and teachers of the church to think they deserved perks rather than suffering for Christ's sake?

Who hoodwinked Christian leaders in business and the professions to think they were "making the big bucks" to get more toys than someone else rather than to make life better for the people following them?

Who convinced us that leadership is about bossing people, when it is actually about blessing them? 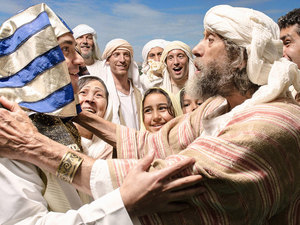 Whoever is looking for you to lead your family, workplace, or church has the right to expect you to guide rather than exploit, teach instead of intimidate, and protect rather than mistreat. Certainly, you will be expected to achieve the company's goals. It is appropriate for you to prosper from hard work. And there is nothing wrong with being recognized for your achievements. But the ultimate goal, effort, and achievement is to be God's instrument for helping others.

Citizens of the Kingdom of God live for the sake of serving God's calling on their lives to improve the world others around them must inhabit.

"When You Lead" by Rubel Shelly is licensed under a Creative Commons License. Heartlight encourages you to share this material with others in church bulletins, personal emails, and other non-commercial uses. Please see our Usage Guidelines for more information.