I Will Cling to the Old Rugged Cross

Like him, and because of him, we live and die to live again. 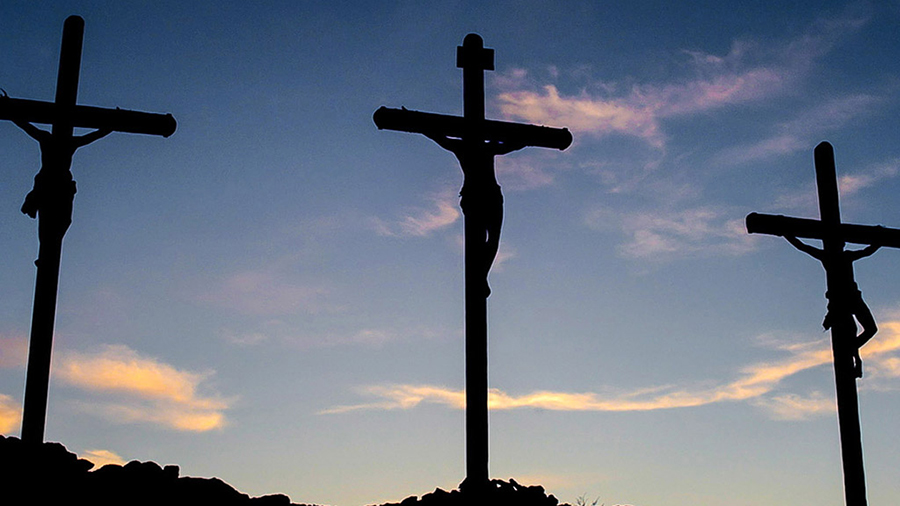 If I could turn the calendar back about 21 centuries and relive a week from the life of Jesus, I think this — the most awful and the most wonderful week of his young life — is the one I would choose. In this week, he would be the guest of his Bethany friends, be anointed by Mary and another Mary, make his heroic entry into Jerusalem, teach from the Mount of Olives, share the Last Supper with his apostles, experience betrayal, denial, endure one mock trial after another, then finish his mission on earth on a cross. This week would be endured because of the victory to be celebrated on a single day of the week to follow. On the first day of that week — Sunday, what we call Easter Sunday or Resurrection Sunday — would come the joyous news that He is not here; He is risen; He is risen indeed! Like him, and because of him, we live and die to live again.

It was a quite ordinary church service until... until a college student rose to announce that he and some friends had been asked to help create a mood for communion, the Lord’s Supper. Our part was to sit quietly, with heads bowed and eyes closed, no matter what we might hear or sense. Suddenly, the silence was broken by WHAM! It was the sound of a heavy hammer blow followed by cries of pain. And, from different parts of the room, cries of "Crucify him! Crucify him!" were heard. Muted, but still heard in the background, was the noise of hammer blows and the anguished cries of unbearable pain. Some thought that communion devotional 30 years ago had profaned something sacred. I thought it had made real the raw emotions we usually gloss over with a bit of bread and a sip of wine. For me, it was a communion like no other, and every Sunday I still hear those screams and hammer blows all over again.

In 1957, a journalist and author named Jim Bishop created a stir in the religious world with his best-selling The Day Christ Died. More recently, no less a media personality than Bill O’Reilly has included in a series of books one titled Killing Jesus. Countless others, beginning with all four gospel writers, have tried to make the passion of Christ so real that we really do feel like we were “there when they crucified my Lord.”

Twenty-one centuries later, we still struggle to tell the story so effectively that our questions are all answered and our emotions so involved that the story just won’t let go. It’s a story that takes place in less than a day — about 22 hours ending shortly before the beginning of Shabbat, the Sabbath. 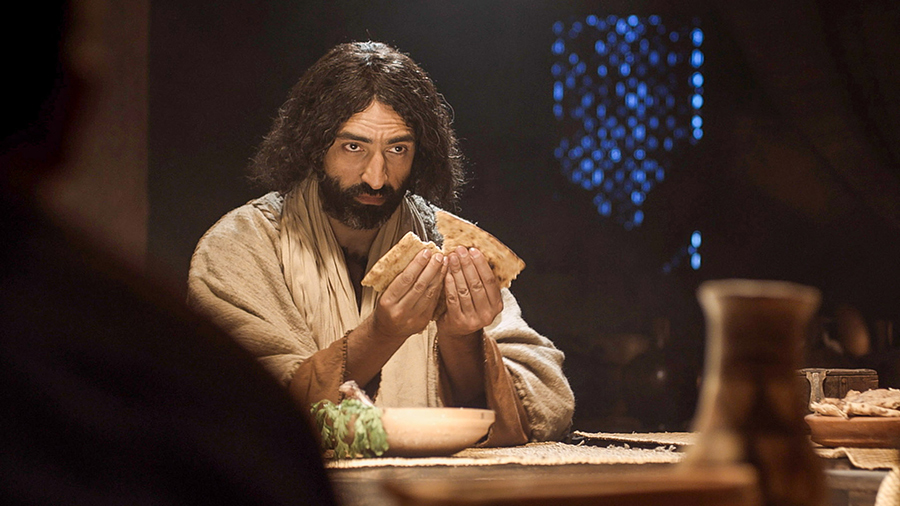 Jesus and the apostles gathered in an upper room for the Passover meal, which we know as The Last Supper. From there they made their way to the Garden of Gethsemane, where Jesus prayed, was betrayed, and arrested. If you’re keeping score, there were seven trials or hearings in less than 24 hours.

Preachers tell the story over and over, trying to capture its essence. Lawyers discuss the legality of the various trials. And doctors describe in all the gory detail what death by crucifixion was like. Whether the Romans invented crucifixion or copied the practice from the Persians, they were interested in swift, public, painful punishment, convinced that it would serve as a deterrent for would-be criminals.

Only Luke describes the agony of Christ beginning in the Garden of Gethsemane, where, "being in anguish, he prayed more earnestly, and his sweat was like drops of blood falling to the ground" (Luke 22: 44). A physician, Luke recorded that medical phenomenon and left us to decide whether the sweat was only similar to blood or a rare condition called hematidrosis, where tiny capillaries in sweat glands burst from stress actually causing a mixture of blood and sweat.

The blood of Gethsemane was only a portent of the blood Jesus would shed that same night. It’s tempting to just read about the scourging that took place and pass quickly over a word we don’t use any more. But, it takes on new meaning when we visualize the flagrum or flagellum, a handle with leather thongs and lead balls near the ends. Applied vigorously to the prisoner’s back, the scourge would initially inflict surface cuts, and then deeper ones, until muscle tissue was torn to shreds, and arteries spurted until prisoners would eventually bleed out if the executioners were willing to wait.

And Luke, as if he couldn’t bear the details he was writing, summed them up in a short sentence.
Because of Jesus:

But, they were not paid to wait. And Luke, as if he couldn’t bear the details he was writing, summed them up in a short sentence: "And they crucified him” (Luke 23:33). That sentence doesn’t capture the pain of nails through hands and feet, or the blood streaming down from thorns puncturing Jesus’ scalp, or the excruciating thirst, or the pain in hands and shoulders as his body sags, or the pain in feet and legs as he struggles to rise and exchange one pain for another, or the pain of breathing in, and the greater pain of breathing out. Somehow, he manages to gasp out his words, his sayings from the cross, finally summoning the strength to cry with a loud voice, “Father, into your hands I commit my spirit.”

Because of Jesus, "I will cling to the old rugged cross, and exchange it some day for a crown!" 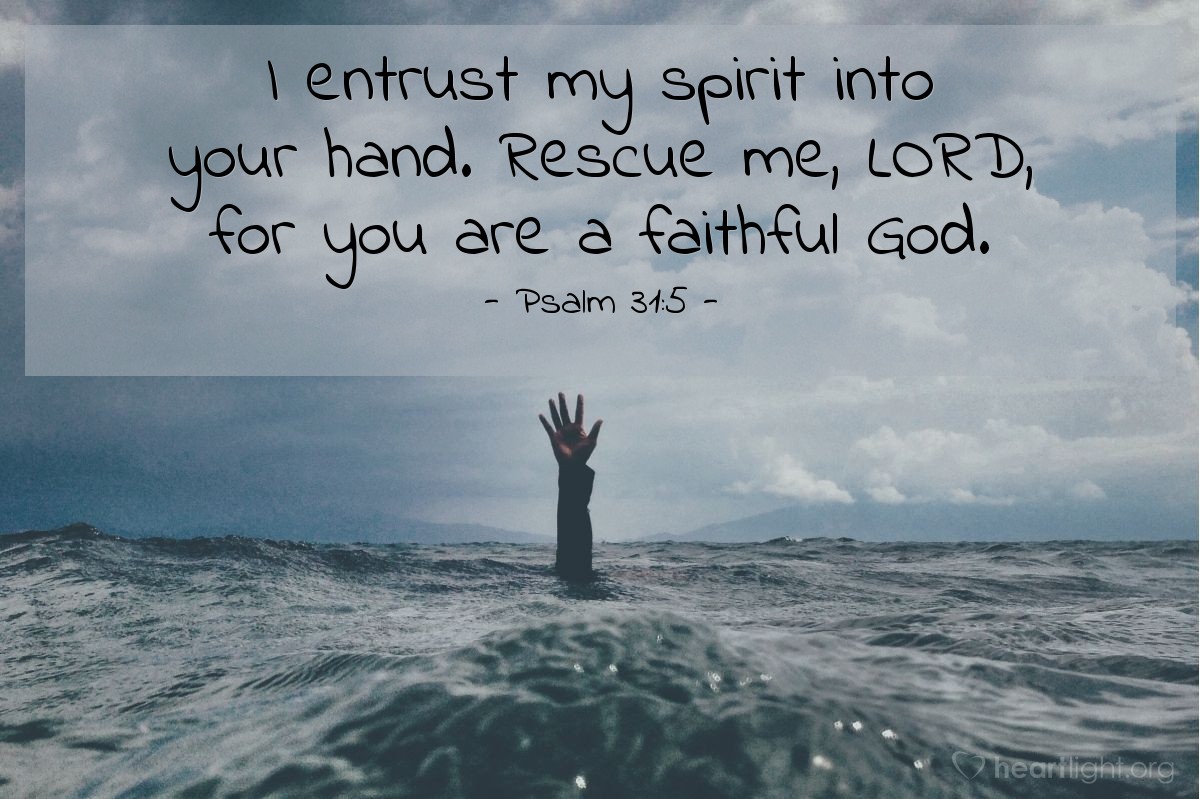 "I Will Cling to the Old Rugged Cross" by Phillip Morrison is licensed under a Creative Commons License. Heartlight encourages you to share this material with others in church bulletins, personal emails, and other non-commercial uses. Please see our Usage Guidelines for more information.