Why would anyone not be thankful for getting back $1200? 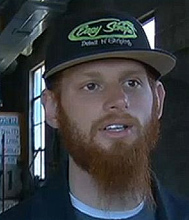 by Rubel Shelly (02/19/2013) | Leading in Hope
Jesus told the story known as the Parable of the Good Samaritan (Luke 10:25-37). Even people who have never read the story know the concept of being a Good Samaritan. American legal statutes use the term and contain protections for people who attempt to render aid to injured persons at the site of an automobile accident or following a heart attack. Those statutes protect us from lawsuits when we try to do the right thing by helping one another.

Last week I read about a would-be Good Samaritan who essentially got mugged for his trouble! Not physically, mind you. But verbally. As the event was reported by the ABC News Network, here is what happened.

Kyle Osborn of Harrisonville, Missouri, found an envelope on February 6. It was lying on the ground outside Sutherlands Hardware Store, and he stooped over to pick it up. He was as shocked as I would have been to look inside and find it full of cash. To be more specific, the envelope contained $1,200.

Instead of sticking the envelope under his shirt and finding a few buddies to throw a Finders-Keepers Party, he did the morally correct thing. The 29-year-old auto detailer started looking around for the person who had lost it. He walked around the hardware store asking various customers if any of them had lost anything. One man said he had lost an envelope with money in it.

Osborn produced the envelope and handed it over to the fellow. Are you ready for this? Want to hear the man's excited and grateful response?

When the people at Sutherlands found out about the man's disrespectful and thankless behavior, they did their best to do right by Osborn. They put together a gift bag of items from the store, along with a $50 gift card. They thought it just wasn't right for honesty to go unacknowledged and unappreciated.

Yes, it is right to do the right thing just because it is right.
Osborn was asked about the treatment he got. "Just because [somebody's got] a beard and tattoos and is dirty doesn't mean they're bad people," he said.

I don't know about the original Good Samaritan. He might have been dirty from travel on the hot, dusty Jerusalem-Jericho Highway. My best guess is that he had a beard, as most adult males do in that part of the world. And if the Jewish man who had been mugged and robbed was conscious as he approached, his heart might have raced because of the long-standing tension between Jews and Samaritans. After he recovered, though, I hope he said "Thank you!" instead of "I thought for sure you were going to finish me off."

Yes, it is right to do the right thing just because it is right. But ingratitude will always be wrong — and an assault on the Good Samaritans of our world.

"Good Samaritan Not Appreciated" by Rubel Shelly is licensed under a Creative Commons License. Heartlight encourages you to share this material with others in church bulletins, personal emails, and other non-commercial uses. Please see our Usage Guidelines for more information.