What do you have to say about Jesus? 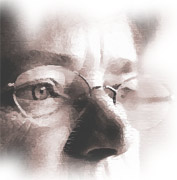 Then he [Jesus] opened their minds so they could understand the Scriptures. He told them, "This is what is written: The Messiah will suffer and rise from the dead on the third day, and repentance for the forgiveness of sins will be preached in his name to all nations, beginning at Jerusalem. You are witnesses of these things ..." (Luke 24:45-48).

Imagine what Peter would have shared with a visitor to his cell as he awaited his execution for his faith in Jesus — as his mind drifted back across the twists and turns in his own life.

Oh, you should have seen me as a boy. Was I ever the stinker! I couldn't sit still for a minute. I loved the stories of the Scriptures in synagogue school and could tell them in great detail. Trying to sit still and do the memory work, memorizing all those Psalms, well, that was another story. My mind would jump from this to that to wondering what my dad was doing on Lake Galilee! And I would fidget. Sure seemed to make the Rabbi and his helpers nervous and irritated ... yeah, I guess that's the theme of my life, making religious people nervous!

As soon as I could, I joined my dad in the fishing business. I loved the stories the fisherman would tell ... of great catches, of near misses, of getting caught in the storms, and of the fisherman who never made it home from the storms. I even learned to swear a little. Never profaned the Lord's name, mind you ... never broke the third commandment. I can promise you that! But, I did learn some quite colorful stuff while mending nets, hauling fish, and spending sleepless nights and fish-less mornings in the boats.

When I took over my dad's business on Galilee, Andrew came along to help. We had no great ambitions to be world-changers. We just wanted to out-fish and show up the other guys we knew, especially Zeb's boys, James and John. They had more boats, more money, and servants who helped them fish. Had to outdo those guys and keep my bragging rights!

But all of that changed with Jesus ... yeah, all of it changed ... the cursing, the ambition, and the bragging rights. Now it didn't change all at once, mind you. It took nearly four years of whacking on my character ... a couple of times sinking like a rock in rough waters because that competitive fire and that arrogant fisherman's swagger. But it did change.

You see, I had told the Master that I loved him more than anyone else could and that I loved him more than any other thing I had experienced. I promised him that I would even die for him. He warned about what would happen ... about the rooster crowing that night and my heart breaking. I thought I was ready for what would happen. I was even ready to fight. I even took a swing at Malchus' head, but he ducked and all I got was his ear. The Lord just put it back on him. Beatenest thing you've ever seen. Jesus just put it back on his head and it was healed — no blood, no scar, no nothing.

Everybody kind of fell back away from Jesus in fear even though they had the swords and clubs. But he asked them who they were after and they said, "Jesus of Nazareth." Then Judas, one of my buddies came and kissed the Lord. And Jesus said, "I'm the one you are looking for!" It made them even more afraid. But then he said, "Take me and let these guys go."

To my shame, we all ran like scared rats off a sinking ship. I snuck back to the courtyard where they had taken Jesus. To my shame again, I let the Master down. Three times I denied my Lord. The last time was with that colorful language I learned as a fisherman. Last time I cursed. As soon as my words were out of my mouth the rooster crowed a third time. Something deep inside broke in that moment. I ran away and sobbed the mournful sounds of a woman who's lost her man to a Lake Galilee storm — long, slow, deep, and mournful. It felt like I had lost everything, including the part of me that made me alive.

But I am in this place, about to be killed, because of what happened next. This one event forever changed me. What had once been arrogance and competitiveness became fearlessness. My little world of Lake Galilee and Jerusalem suddenly was swamped with travel across the Mediterranean. My hands, these broken-fingered and gnarly fisherman hands, were used by God to touch and heal and restore the broken. This scratchy fisherman's voice with the Galilean twang, why it's preached before thousands — the pious and the poor, the rich and the mighty, the beggar and the broker. I felt the lash and the very same folks who killed my Master have threatened me. And now I am waiting to die and fulfill my promise to the Master I made the night he died for me ... and for you.

You know what made the difference? I saw him. I ate with him. I talked with him. He even called me on my arrogance and failure over a breakfast of fish on the shores of Lake Galilee. He asked me three times if I loved ... if I loved him more than these guys and this fishing stuff. I told him yes, of course I did. But when he asked the question a third time, I heard the haunting memory of the rooster crowing and I understood. Then, for a third time, he reminded me that I was to care for his people — his sheep, his lambs.

Yes, Jesus who was crucified and humiliated and ridiculed by his enemies, and abandoned by his friends ... by me ... was raised from the dead. I am a witness of this. I don't just believe it, I have seen it and touched it and celebrated it. Jesus' resurrection has made me who I am. It has given me back the part of me that makes me alive. And yes, they will take this old broken down fisherman's body and take the life out of it, but they cannot take the part of me that Jesus has made alive. I am a witness to my Master's triumph. I cannot help but speak of what I have seen and heard.

Don't let my death discourage you. It's long overdue ... a promise to keep whose time has come. As for me, when the Chief Shepherd appears on the great day, I will get my crown — not like my shallow victories over my fishing buddies, but a victor's crown that will never fade away. Now, young friend, it's your turn. Always be prepared to share with others the reason for the hope that you have. Do it with gentleness and respect. You are not trying to win an argument, but trying to reclaim a wounded heart for Jesus. Nothing is more precious, except the One who gave His life to make it so! Don't mourn for me, but please tell the brothers and sisters this one thing.

In all this you greatly rejoice, though now for a little while you may have had to suffer grief in all kinds of trials. These have come so that your faith — of greater worth than gold, which perishes even though refined by fire — may be proved genuine and may result in praise, glory and honor when Jesus Christ is revealed. Though you have not seen him, you love him; and even though you do not see him now, you believe in him and are filled with an inexpressible and glorious joy, for you are receiving the end result of your faith, the salvation of your souls (1 Peter 1:8-10 TNIV).

The following questions are for your personal reflection, for sharing in a small group of friends, or for use in a home gathering. I'd also love to hear from you on my blog and see what you think about this message and these questions: http://www.heartlight.org/thephilfiles

We often don't realize how important the word "witness" is in the New Testament. This is partially because the words "witness," "testimony," "testify," and "martyr" all come from the same root word. This core word is found in 150 verses, being used 172 times, in the New Testament.

Why do you think we don't talk about the concept of being a witness for Jesus more frequently?

What stands in the way of you sharing your witness with others — fear, timidity, lack of belief, integrity, sin, lack of concern for others, etc.?

With whom do I need share my testimony about what Jesus is doing in my life?

Take a look at the following video piece from WorshipHouse Media and talk about the validity of the testimony we have received from eyewitnesses of Jesus:

This video can we found at the following location:

"You Are Witnesses!" by Phil Ware is licensed under a Creative Commons License. Heartlight encourages you to share this material with others in church bulletins, personal emails, and other non-commercial uses. Please see our Usage Guidelines for more information.