Planting Seeds for the Future

Are you planting any seeds for tomorrow? 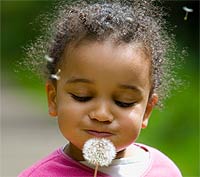 Paul and Silas went first to Derbe and then on to Lystra. There they met Timothy, a young disciple whose mother was a Jewish believer, but whose father was a Greek. Timothy was well thought of by the believers in Lystra and Iconium, so Paul wanted him to join them on their journey (Acts 16:1-3 NLT).

You may have heard this story, but it is worth repeating ... and reduplicating!

Mark was a student at St. Mary's School in St. Paul, Minnesota.

One Friday, everything seemed to be going wrong. Mark's teacher remembers, "We had worked all week on this new concept of math. I saw that the students were frustrated and discouraged. I had to stop this crankiness before it got out of hand, so I suggested a break. 'Put away the math books,' I said. Then I asked them to make a list of names of students in the class and to leave a space between each name."

Then, the teacher asked each student to think of the nicest thing they could say about each of their classmates and write it down. It took the remainder of the class period.

That Saturday, the teacher wrote down the name of each student on a separate piece of paper, and then she listed what everyone had said about that individual. And on Monday, she gave each student his or her list. Those lists became tiny seeds of the future ... seeds of what each student was to become.

No one ever mentioned those papers in class again. The group of students moved on, and so did the teacher.

Years passed, then one night while coming home after a long trip, the teacher called home and learned that Mark had been killed in Viet Nam. The funeral was the next day and his parents wanted her to attend. She recounts the following events at the funeral:

One by one, those of us who loved Mark walked by the coffin. I was one of the last to walk by. One of the pallbearers asked if I was Mark's math teacher. I nodded, as I continued to stare at the coffin."Mark talked a lot about you," the soldier said.After the funeral, most of Mark's former classmates gathered at Mark's house. "We want to show you something," Mark's mother whispered to the teacher. "They found this paper inside Mark's wallet." The old notebook paper had been taped and folded and re-taped many times. It was that old list they had made in math class. Mark's mother continued, "Thank you for doing that. As you can see, he treasured it."Mark's classmates gathered around. Charlie smiled and said, "I still have my list in the top drawer of my desk at home."Chuck's wife said that Chuck had asked her to put his in their wedding album."And I have mine, too," Marilyn said. "It's in my diary."Vickie reached into her purse and pulled out her wallet and showed her torn list from the class. "I think we all kept our lists."

Mark's teacher was remembered, not because they learned math skills, but because she planted seeds of the future in the lives of her students. And, she showed them how to do the same.

What's in your wallet?

Who helped you to see the future in yourself before you knew it was there?

What's in your wallet?
Get a group of friends together this week and talk about the people you've known who had the faith to see the future in you even while you were living in the past. Who helped plant the seeds of your future? Use these questions as a guide:

Your task is to become that person ... to see the future in people you meet and to, one by one, help them find it. That's faith in action! That's planting the seeds of the future. Someone is waiting for you to begin to do that today.

But you know what I teach, Timothy, and how I live, and what my purpose in life is. You know my faith and how long I have suffered. You know my love and my patient endurance. ... you must remain faithful to the things you have been taught. You know they are true, for you know you can trust those who taught you. ... It is God's way of preparing us in every way, fully equipped for every good thing God wants us to do (2 Timothy 4:10-17).

"Planting Seeds for the Future" by Ron Rose is licensed under a Creative Commons License. Heartlight encourages you to share this material with others in church bulletins, personal emails, and other non-commercial uses. Please see our Usage Guidelines for more information.