How do we learn to live with broader horizons and greater risk-taking for the Kingdom of God? 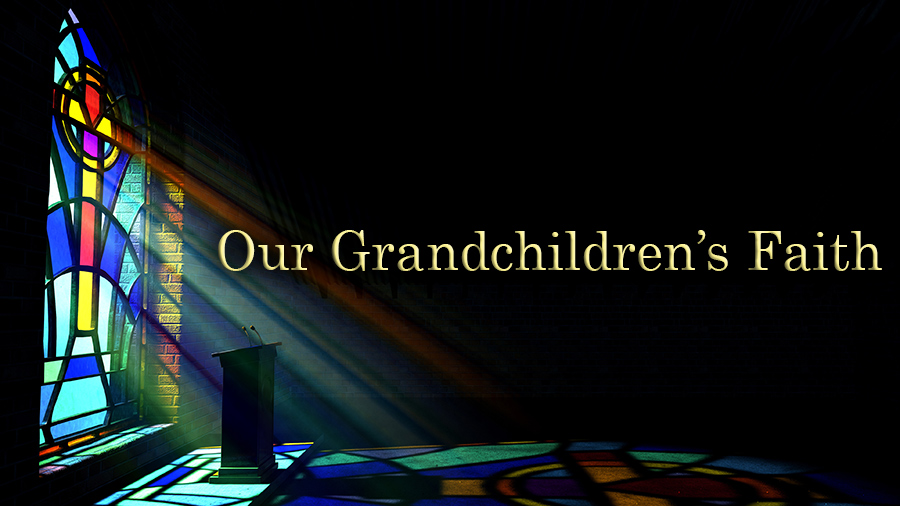 Paul came to Derbe and then to Lystra, where a disciple named Timothy lived, whose mother was Jewish and a believer but whose father was a Greek. The believers at Lystra and Iconium spoke well of him. Paul wanted to take him along on the journey, so he circumcised him because of the Jews who lived in that area, for they all knew that his father was a Greek. (Acts 16:1-3).

When we saw the little body of Alan Kurdi washed ashore on a beach in Turkey, we were shaken by the real human anguish of the refugee crisis. One overturned life raft, a lost wife, and two lost sons made the agony of a father and husband inescapably personal.

Two years later, we were horrified by the video images of fathers and mothers trying desperately to save their gasping babies from the gruesome effects of Sarin used against civilians in Syria. Our hearts were ripped out of chests watching the sobbing of parents and hearing their screams of horror as they desperately held the limp bodies of their children in hopes of somehow saving them. 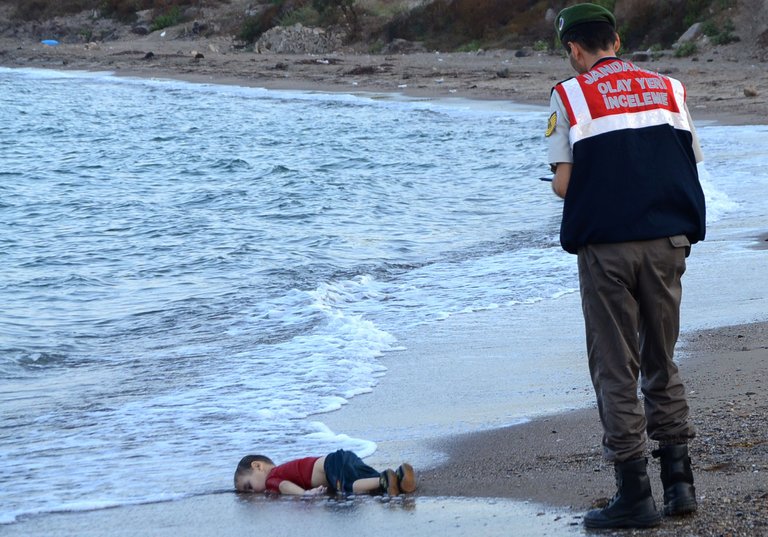 The death of children rightfully touches us and threatens us in a primal place in our souls. As parents and grandparents, nothing is more precious to us than our children and grandchildren. We want to do all we can to protect our precious ones.

When we come to the story of Timothy, however, we don’t have pictures. The emotions of the moment that he left his mother and grandmother to accompany Paul easily escape us. When they do elude us, we miss an incredibly important pivot point for our roles as parents.

Timothy had grown up in a mixed race and mixed faith home. Timothy’s mother, Eunice, and his grandmother, Lois, had brought him up from his earliest days to have faith in the holy Scriptures we know as the Old Testament (2 Timothy 1:5). This faith lived in Timothy and paved the way for the young man to become a believer with a great reputation. When Paul returned to Lystra, he asked Timothy to become an apprentice and go with him on what we call Paul’s second missionary journey. Amazingly, thankfully, Lois and Eunice let him go!

If you’ve lived in Christian circles, none of this is necessarily new. However, I want to challenge you to look at this story with fresh eyes and an open heart.

Do you remember what happened to Paul on his first visit to Lystra? That was the visit when Lois, Eunice, and Timothy apparently became followers of Jesus. The opponents of Paul had stoned him. They then drug his body outside of town and left him for dead (Acts 14:19). That meant that there were no illusions about what their young man was leaving to do. They knew the risk in letting him go. In some churches today, they might even be accused of being irresponsible letting their teenager run off on some wild goose chase with such a religious fanatic. 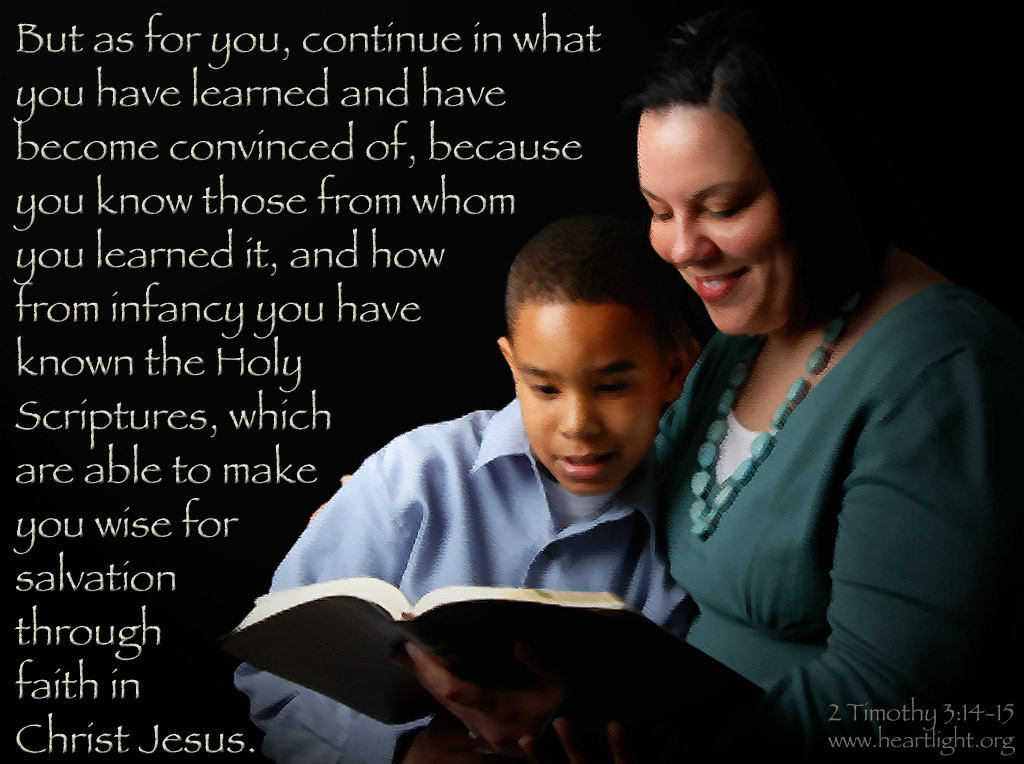 Let the reality of their risk reach your heart. They loved Timothy as much as any grandmother and mother could love a young man. They cared about his safety and well-being as much you and I care about our children’s safety, yet they had a higher loyalty. They had raised Timothy to become a man of God. Their faith had nurtured Timothy’s faith. They knew that their boy could end up face down on a beach in the Mediterranean Sea like Alan Kurdi’s little body. They knew their son could be killed by people hostile to Jesus and to Paul. What happened to Paul on his first visit to Lystra could happen to their boy — only Timothy might not survive. They knew in a day without air travel, phone, or internet, they might not see or hear from this grandson and son for years at a time. They might never know what happened to him — whether he survived the rigors of travel, disease, and potential opponents awaiting him. Still, with all that they knew and could fear, they let Timothy go with Paul on this mission for Jesus into the unknown.

Not surprisingly, Paul called Timothy his “son in the faith” (1 Timothy 1:2, 18; 2 Timothy 1:2). He had no one like Timothy. He could trust his son in the faith to serve selflessly; Timothy looked to the interest of other people and not just his own interests (Philippians 2:19-22). When Paul wanted people to know about his teaching and his way of life, he sent Timothy to teach and demonstrate (1 Corinthians 4:17). Paul sent the young Timothy to help the struggling, new, little band of believers in Thessalonica because he couldn’t return to the city himself (1 Thessalonians 3:1-10). At the end of Paul’s life as he faced execution in Rome, he longed for Timothy to be at his side (2 Timothy 4:9-13). The old apostle urged Timothy to be courageously bold in his faith and ministry (2 Timothy 1:6-14; 2 Timothy 4:1-5).

Why is this so important? Why include this in a series of messages about congregations in transition and about ancient wisdom? 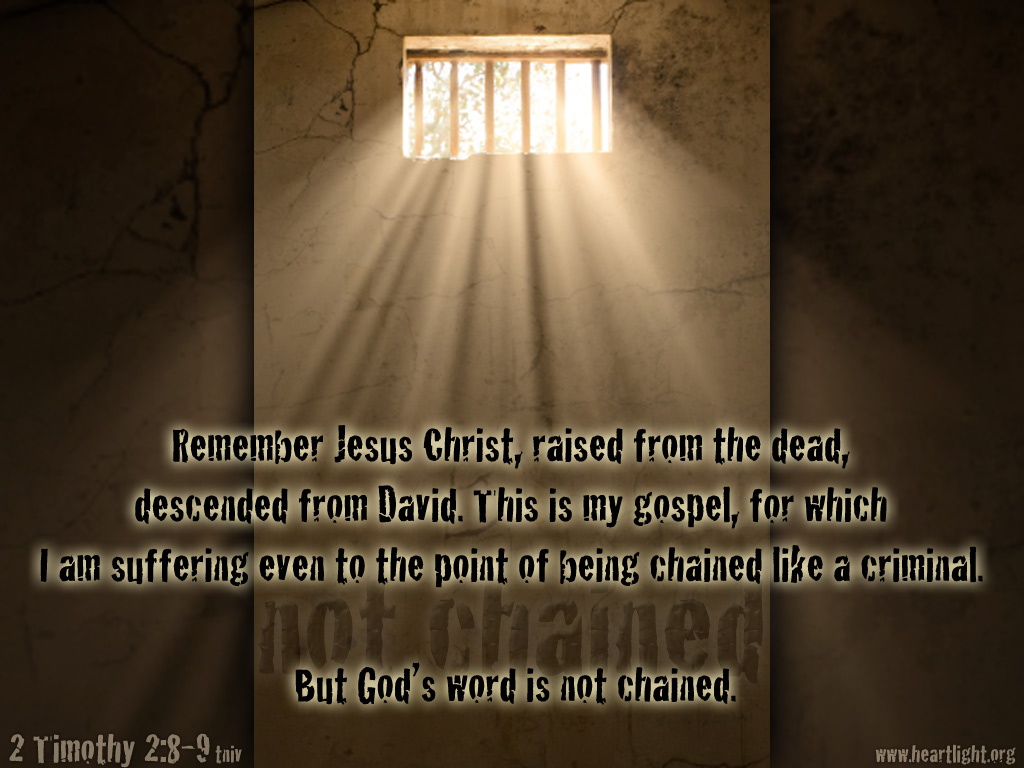 During times of transition, a congregation and her people need to dig deep and ask themselves hard questions about mission, vision, values, and purpose. They need to come to terms with the call of God on their hearts. They need to evaluate their willingness to change and risk for the future — both for God’s future and the future of their children and grandchildren.

Too often, it seems, we settle down and guard the positions we’ve taken on doctrines, practices, and ministries. We begin to play it safe rather than understanding that Christian maturity means constantly reaching forward, re-examining positions, and taking risks for the kingdom (Philippians 3:1-14). Spiritual immaturity is doggedly digging in our heels and refusing to invite the Holy Spirit into our doctrinal discussions, our ministry plans, and our family commitments to risk for the kingdom of heaven (Matthew 25:24-28).

A congregation’s future is not assured by digging in, settling down, or staying the course. Instead, like Paul, we must be able to say:

Not that I have already obtained all this, or have already arrived at my goal, but I press on to take hold of that for which Christ Jesus took hold of me. Brothers and sisters, I do not consider myself yet to have taken hold of it. But one thing I do: Forgetting what is behind and straining toward what is ahead, I press on toward the goal to win the prize for which God has called me heavenward in Christ Jesus (Philippians 3:12-14).

Let the reality of their risk reach your heart!
This orientation of faith is essential. Pursuing our ongoing higher calling is a necessity when it comes to our approach to the future and what challenges we place before the generations of children and grandchildren who come after us. If our goal is to keep our kids connected to church while they are in their teenage years, we are destined to fail. We can’t entertain them enough to keep them. Without the ongoing challenge of authentic faith that risks and reaches toward God’s future, our children and grandchildren will continue to be bored as we try to preserve our congregation’s past glory. Inviting our future generations into mission for Jesus is as essential as it is potentially risky to their physical safety. But for them to take risks and to reach for the upward call of God, we must be doing the same thing ourselves. Simply going to church and defending our past traditions doesn’t inspire them and won’t keep them focused on Jesus.

We need a re-focus on the future and claiming it for Jesus. That means asking two important questions about what we do as congregations:

Without these two questions, we sink back into self-preservation and lose sight of our children’s future and our mission. Our churches then sink into a battleground over preferences and positions rather than risky mission to bring the kingdom of God to hearts of the lost.

Paul taught Timothy to live for four generations and in so doing challenged us to live for our grandchildren (physical or spiritual) to pass on their faith:

You then, my son, be strong in the grace that is in Christ Jesus. And the things you have heard me say in the presence of many witnesses entrust to reliable people who will also be qualified to teach others (2 Timothy 2:1-2).

Transitions in the life of a congregation — the loss of a key ministry, the long slow decline in church attendance, a squabble and split, or the gift of many young people — all have one thing in common. They are times ripe for us to re-examine our mission based on the example of Jesus. They are moments in our history when we can begin to live for the future of our children and grandchildren. We don’t want our future generations to be little more than church-goers with lists of demands that must be fulfilled to keep them happy. We want people committed to living the life of Jesus at any cost. We want them to live that life with great passion. Let’s seize our moments of transition and use them to shape the future of our legacy of faith. 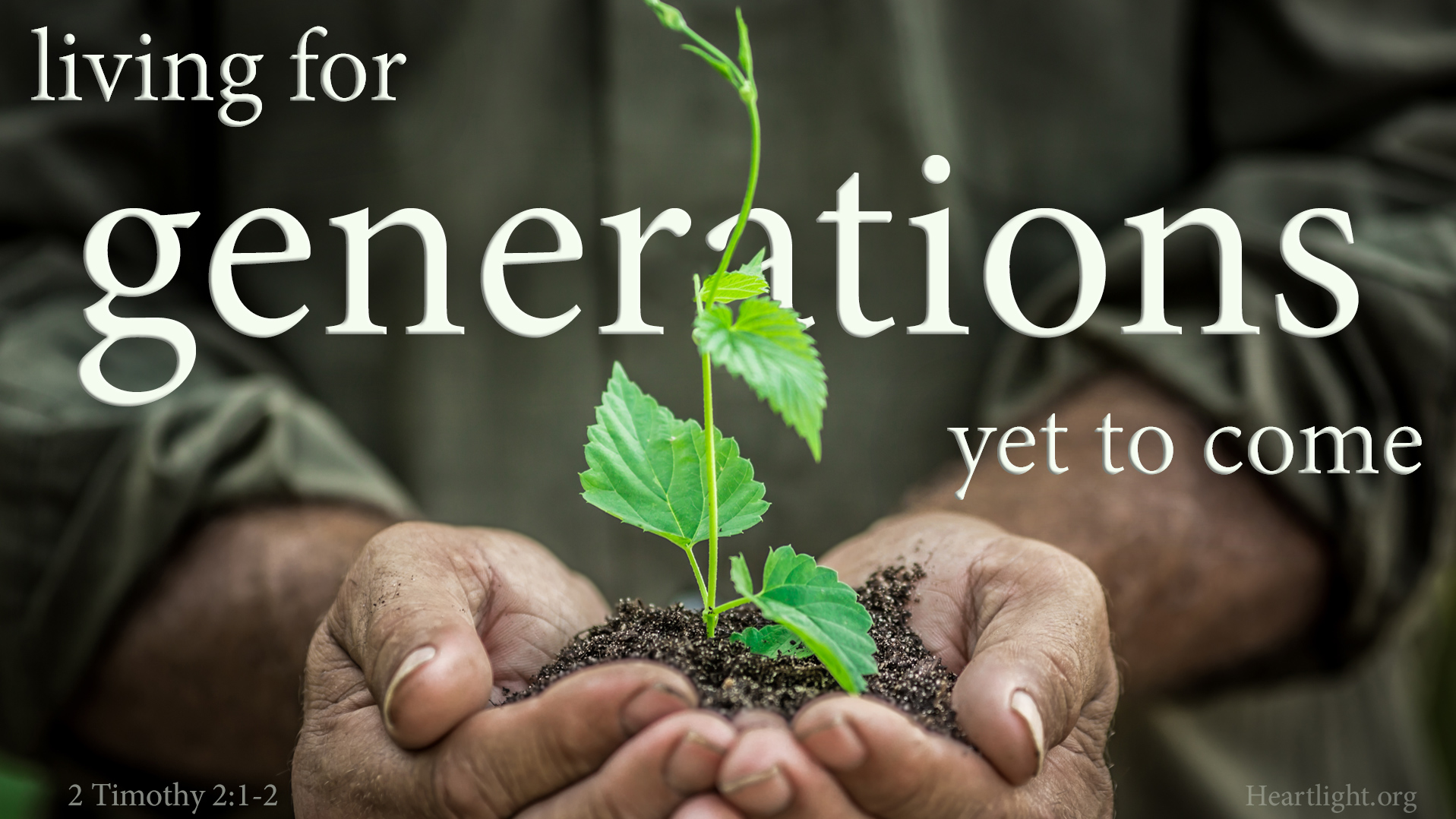 "Ancient Wisdom, Modern Grace: Passing It On" by Phil Ware is licensed under a Creative Commons License. Heartlight encourages you to share this material with others in church bulletins, personal emails, and other non-commercial uses. Please see our Usage Guidelines for more information.