8GHT: It's All About Jesus

Behind every move made by disciples in the book of Acts, Jesus was The Mover! 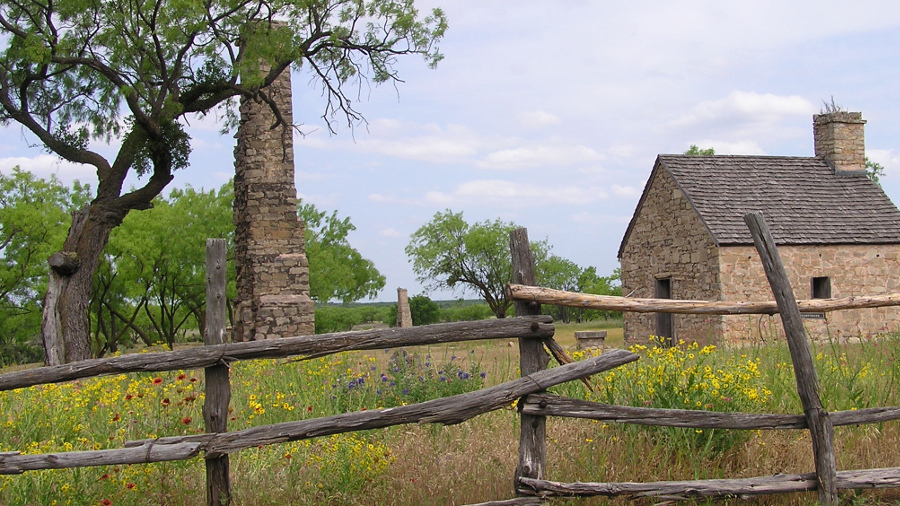 Salvation is found in no one else, for there is no other name under heaven given to mankind by which we must be saved (Acts 4:12).

As little boys, my two brothers and I were ornery and rambunctious kids, blessed to be raised by parents of deep faith in Jesus. We also were almost always looking for some form of new treasure. We just knew it was out there waiting for us somewhere. Our job was to find it. We explored the hundreds of acres "down below the bluff," looking for our hidden treasure.

We did find all sorts of little treasures in our adventures. One of my brothers found the metal remnants of an old rifle. At first, we thought it was junk. Then we checked the barely legible serial number on this rust-encased rifle and discovered that the rifle had been used by Fort Phantom Hill troops from the late 1800s. (Fort Phantom Hill, Texas is seen in the image at the top of this post.) Over the years, we found some cool stuff looking for our treasures!

What follows, however, focuses on the biggest treasure we ever uncovered: the power of Christ in the book of Acts!

The book of Acts contains great treasures — people, events, ideas, inspirational insights, and eternal truths. The secret to unlocking these treasures is knowing the key. The key to the growth and power of the early disciples was that they were all about Jesus! Jesus was the redemptive power and presence behind every great treasure in Luke's story of the church's first three decades.

If we read carefully, we can discover that Jesus was present and moving in at least four ways. He was the Message, the Motive, the Model, and the Mover who fueled the expansive growth of the Jesus movement in the first century. Luke wants us to know that Jesus IS the ultimate treasure behind all his other treasures. If we want the church to be vibrant and influential like the ones we find in Acts, he must be our ultimate treasure!

Wherever Jesus' followers traveled, they shared the message about who he was. Over and over again, in all sorts of circumstances, Jesus' followers proclaimed him as Lord and Christ, emphasizing several basic truths again and again:

The packaging surrounding the message might change based on the audience addressed, but Jesus' life, death, resurrection, and return were their core proclamation to both Jews and non-Jews. Even among hostile audiences who didn't share a Jewish view of God or the Scriptures, the disciples proclaimed Jesus using these fundamental truths. The critical difference in their messages toward non-Jews was that the messengers began with points of contact with their audience's non-Jewish culture, then moved to the core proclamation about Jesus (Acts 14:14-18; 17:16-32). Jesus was not just their Lord; he was also their Message! As witnesses of what Jesus had done in his ministry and in their personal lives, Jesus' disciples proclaimed him as the one trustworthy source of salvation. 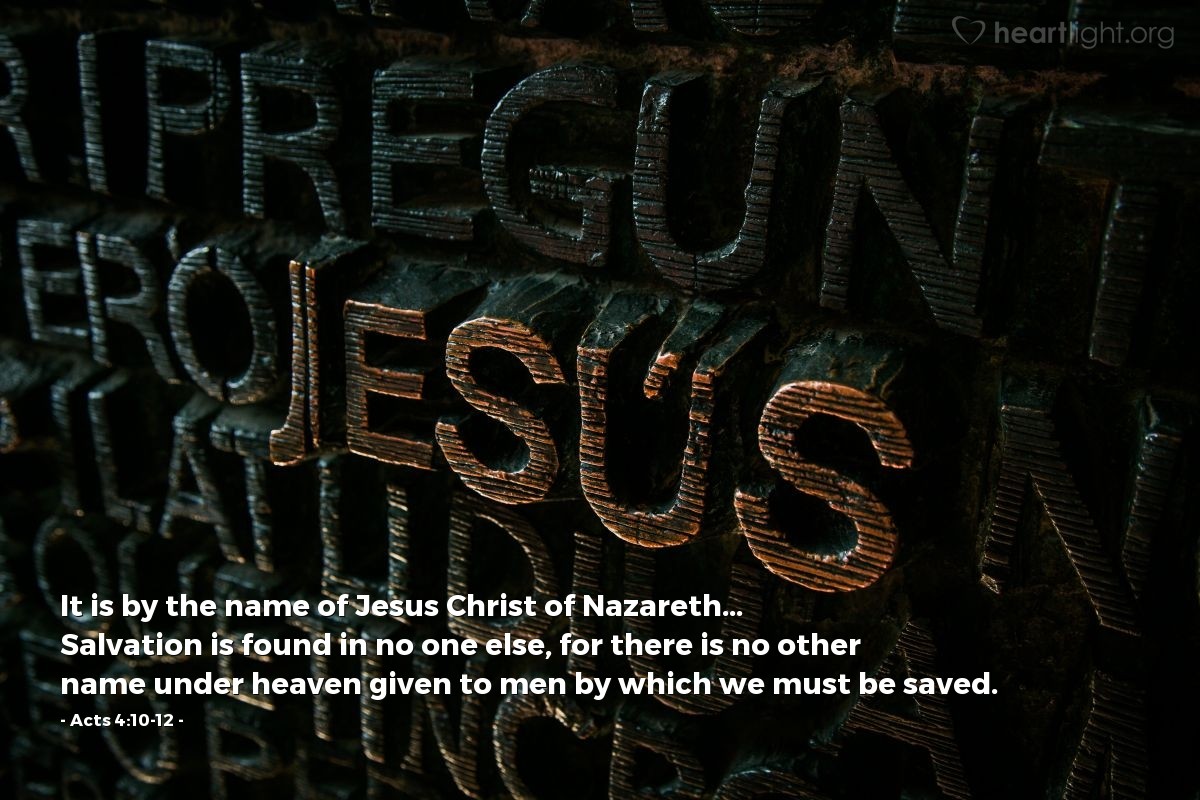 Jesus was the central message of these early disciples because he was the motive for all ministry and mission. The first followers of Jesus genuinely believed he had lived and died for them because he loved them and saved them. They left everything to follow him.

Many of those early disciples had seen the lovingly tender miracles he had performed in Galilee, Samaria, Syria, Decapolis, and Judea. Jesus' redeeming love motivated them to share his love with others, regardless of the risks, costs, and consequences. They gladly suffered persecution, disgrace, imprisonment, and death. They even considered themselves honored to suffer for the name of Jesus (Acts 5:41, 26:29). Jesus' love was their Motive!

Luke's gospel emphasizes that God loves all people. In Luke's gospel, Jesus reached out to men and women, Jews and non-Jews, religious and non-religious, respectable and rebellious, rich and poor, broken-bodied and whole, emotionally troubled and stable, as well as people who were young and old. Jesus' ministry then became the model for the kind of ministry his followers would share with the world.

This symmetry, this consistency of ministry between Jesus' followers and their Master and Lord, should not surprise us. Jesus said that a disciple's goal was to be like their Teacher (Luke 6:40). Because Jesus lived his life in service to others to bring them to God, so did his followers (Luke 22:24-27). Jesus was their Model.

Behind every significant action in the book of Acts, Jesus was the mover. He poured out the Spirit to empower his followers, used visions to speak to them, and sent angels to guide them. Jesus used persecution to get his followers back on track or move them out of their comfort zones by scattering them to share outside their religious cocoon. He called them to go into new places to share his good news. Jesus placed roadblocks to keep them out of geographical and political regions when the time was not right. He performed mighty acts of grace through them as they called on his name.

Jesus also appeared to Saul, the early Christians' greatest persecutor. The result? Saul, the persecutor, became Paul, the apostle to the world!

Jesus' guidance amazingly empowered his little band of Jewish misfits to turn the world upside down with his message (Acts 17:6 ESV). His early followers believed that their Lord Jesus was with them, and he demonstrated his presence repeatedly. They trusted that he worked through them. They lived convinced he was guiding them. Most of all, they experienced his power working through them. The Lord used them to accomplish his mission of bringing good news, repentance, and forgiveness of sins throughout the world (Luke 24:47-49).

Jesus' greatest miracle was that he took these ordinary men from a backwater part of the world and used them to change the course of history. The Sanhedrin, the same group that had asked the Romans to crucify Jesus, saw the courage and boldness of these ordinary men and knew it had to be their association with Jesus that empowered them (Acts 4:13). 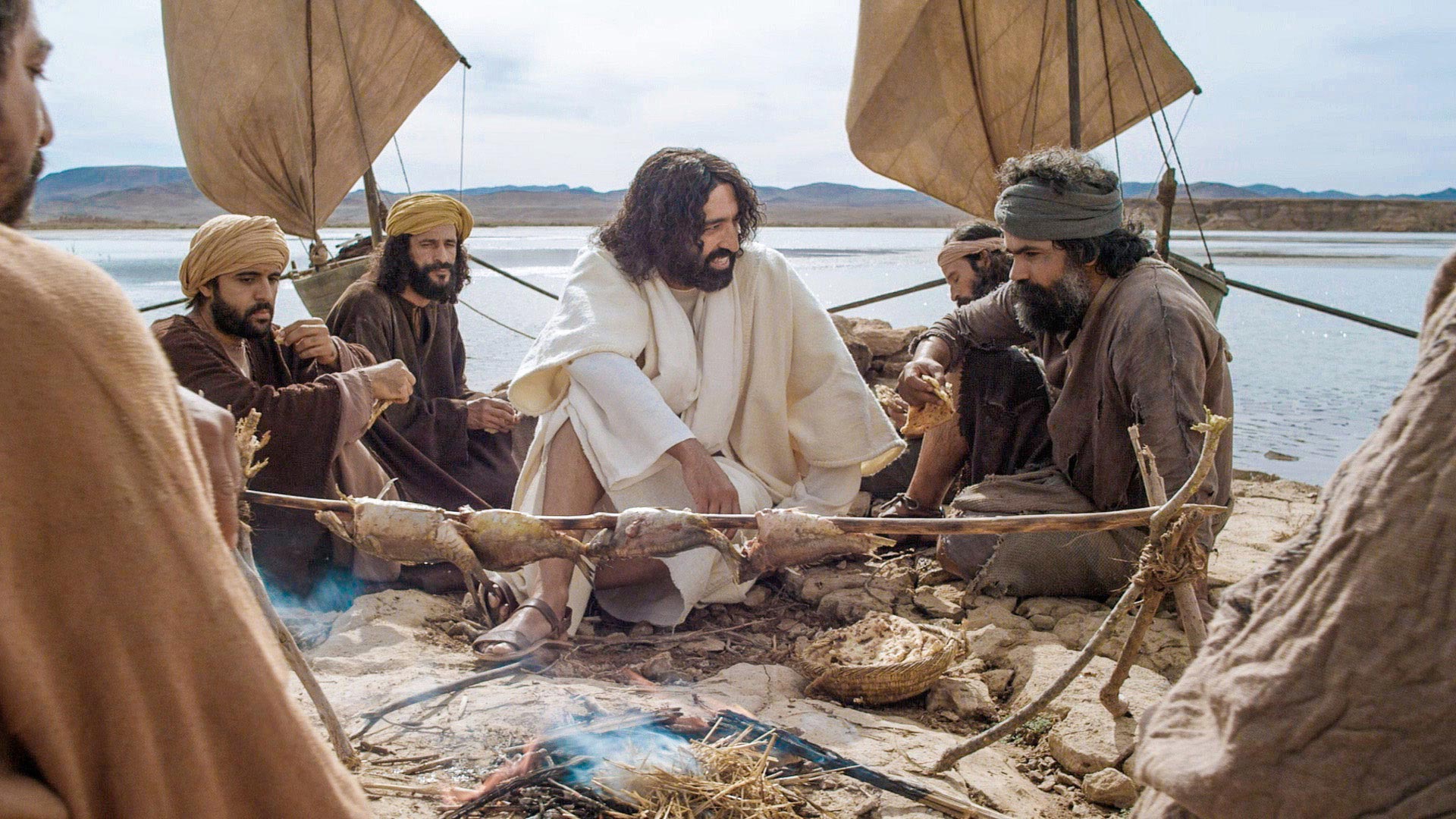 In a time when the influence of Jesus appears to be shrinking — at least in the Western world — what difference doeJesus's' importance in the book of Acts mean for us?

When we look around, we can find all sorts of programs, conferences, and publications dedicated to church growth, church leadership, and church health. Today, we can jump on the internet, watch cable or satellite TV, scan article after article, access book after book, see program after program, and watch one YouTube sermon or music video after another. But, if we listen closely, it's a dizzying and confusing cacophony of personalities, churches, programs, and fads to grow big audiences in boxes we call churches. When analyzed carefully, however, many of these hold Jesus up as little more than a mascot or an often repeated word as a slogan. He is, however, seldom the core of what is said, done, declared, or proclaimed. Unfortunately, Jesus does not seem to be the core, the center, the window, the hope, the passion, and the foundation for everything done and proclaimed among those who claim to speak for him today. Perhaps, the diminished influence of Jesus today is because we no longer have him as our Message, our Motive, our Model, and our Mover?

Did Jesus ever promise that we would be the dominant culture, or did he call us to be his redemptive minority, demonstrating his love while serving those who oppose and misunderstand us?

Have we fallen into looking for quick-fix seminars rather than being transformed through knowing, experiencing, and proclaiming Jesus, our living Lord?

Jesus' life and ministry became the model for the kind of ministry his followers would share with the world.
Have we replaced basic discipleship with fads, gimmicks, politics, and structures that focus more on numbers than on the people those numbers represent?

To be like the first followers of Jesus, aren't we going to have to become saturated with the Jesus we meet in Matthew, Mark, Luke, and John?

What I am suggesting is pretty simple. It's a convicting twist of what the apostles said so long ago:

Salvation is found in no one else, for there is no other name under heaven given to mankind by which [the modern church will be] saved (Acts 4:12).

This truth, dear friend, is the key to the most valuable treasure my brothers and I still seek today. His name is Jesus. We hope you will join us in giving your life to finding, following, and living for him! 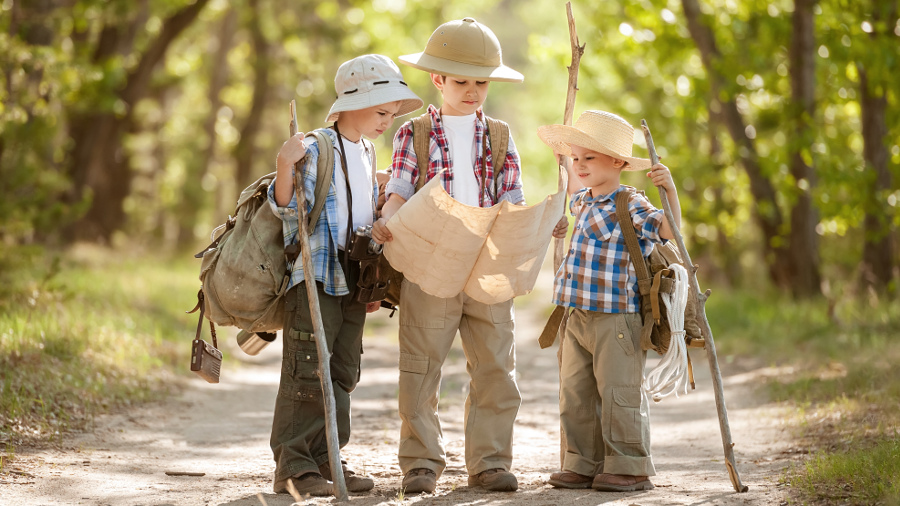 Today's's message is part one of an eight-part series called 8GHT — Eight Truths that Turned the World Upside Down!

"8GHT: It's All About Jesus" by Phil Ware is licensed under a Creative Commons License. Heartlight encourages you to share this material with others in church bulletins, personal emails, and other non-commercial uses. Please see our Usage Guidelines for more information.