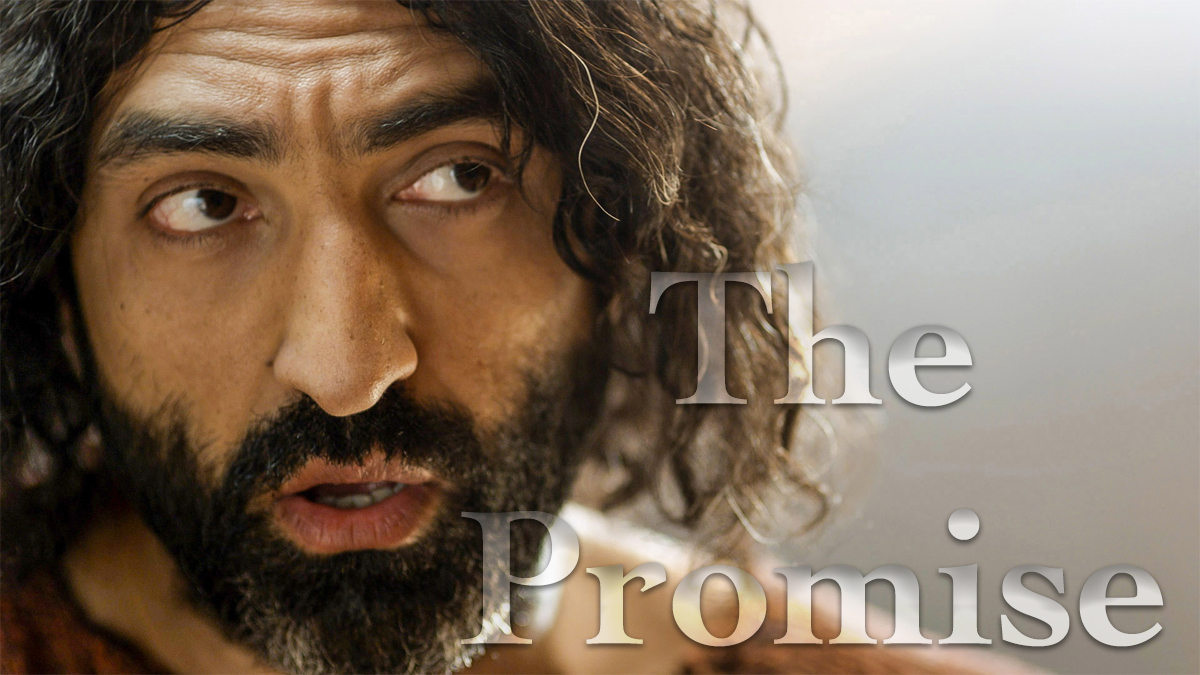 The four items of our focus — The Seed, the Towel, the promise, and The Torchlight — seem so ordinary, so simple. These four items were part of the day-to-day world of Jesus. He often used the example of a seed in his teaching. A towel was part of the mandatory washing before meals in Jewish society. God's promise was the currency of the Jewish faith. Torchlight was all they had to drive the darkness away. Four common things from Jesus' world become four key witnesses to Jesus and his glory. Today, we look at The Promise!

Jesus was going away. His departure would come in two phases: he would be crucified, and then a little later, he would go back to the Father. His beloved band of men and women weren’t ready for either stage of his leaving. They had refused to hear his repeated warnings of his impending rejection, ridicule, death, and resurrection as he approached Jerusalem.

With the Last Supper, however, his foreboding future began to dawn in the hearts of his ragtag band of friends. Fear, panic, devastation, confusion, and brokenheartedness awaited them. He knew it. They sensed it. That is why he repeated his promise to them in different ways during his last hours with them.

Jesus gave the promise to speak comfort and hope into this place of deep longing and confusion in his disciples' hearts:

[Jesus promised his disciples,] “If you love me, keep my commands. And I will ask the Father, and he will give you another advocate to help you and be with you forever—the Spirit of truth. The world cannot accept him because it neither sees him nor knows him. But you know him, for he lives with you and will be in you. I will not leave you as orphans; I will come to you. Before long, the world will not see me anymore, but you will see me. Because I live, you also will live. On that day you will realize that I am in my Father, and you are in me, and I am in you. Whoever has my commands and keeps them is the one who loves me. The one who loves me will be loved by my Father, and I too will love them and show myself to them.
. . .

Anyone who loves me will obey my teaching. My Father will love them, and we will come to them and make our home with them.” 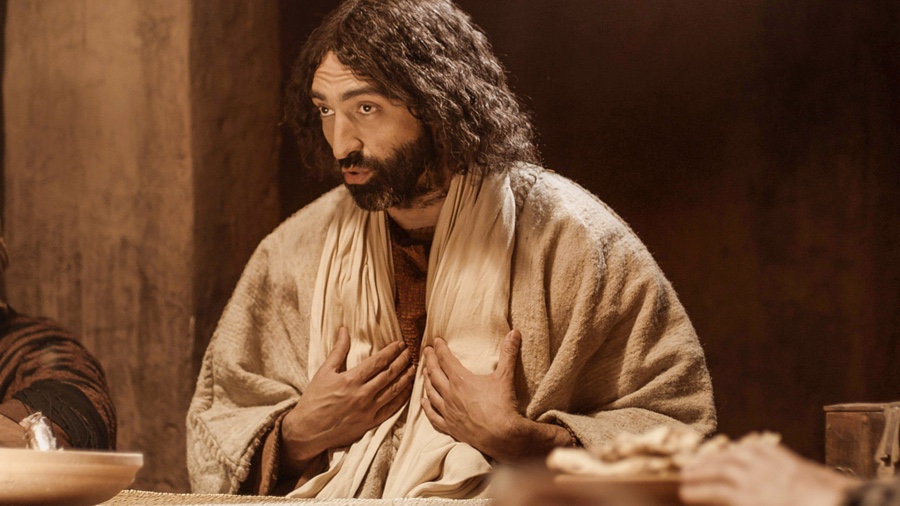 The Power of Jesus' Promise:

The power of the Lord's promise can be found in three realities:

That Jesus faced the gruesome and torturous truth of the first reality makes the promises that address the second and third realities all the more gripping. Jesus was facing something hard for us to imagine; yet in the shadow of his unfolding nightmare, the Lord's thoughts were on his band of spiritual friends and on those of us who now believe because of their testimony.

In the middle of all of this impending agony, Jesus fashioned a deep grace for us.
Jesus would soon face the beatings from the soldiers. In a few short hours, he would feel the spit of those who hated him run down his face. Not too many minutes would pass before he would face the savage lash of the scourging demanded by Pilate. Less than a day later, he would endure the ridicule of his religious rulers as they pressed Pilate for his execution. Before that day was over, he knew that he would hear the mockery of his people at the foot of his cross while his lifeblood cooled with the temperature of his own death. Yes, the tortures of the cross and his feelings of abandonment were on his immediate horizon.

In the middle of all of this impending agony, however, Jesus fashioned a deep grace for us. His immediate question was not, “O Father in heaven, how can I endure this impending agony?” Instead, his focus was upon those he loved: “O Father, help me prepare these precious people because they have no clue what is about to happen and how they will survive without me?”

The Lord’s first absence would shake his first disciples to their core, cause them to doubt their reasons for faith in him, overwhelm them with shame for their weakness, and call into question their future. He knew this. So, he chose to minister to their sense of loss, failure, and overwhelming shame at deserting him in his hour of need. In the shadow of his Passion, Jesus gave them, and us through them, his promise.

I will not abandon you.
I won’t leave you orphans.
I will come to live in you, be with you, show myself to you, and make my home with you.
I will send you the Holy Spirit to be your advocate.
The Spirit will be with you forever, reminding you of what I have said and done.
My Holy Spirit will empower you to do your mission and even greater things than I have done.

He Thought First of His Disciples:

The power of Jesus’ promise is when he uttered it: in the flickering light of the oil lamps in the upper room and the shadows of the journey to the Garden of Gethsemane. In Jesus’ most fearful, most lonely, and most threatening moments, he first thought of the men and women who loved him. In the suffering and shadows of his cross-defined death, the Lord thought of you and me! Why? 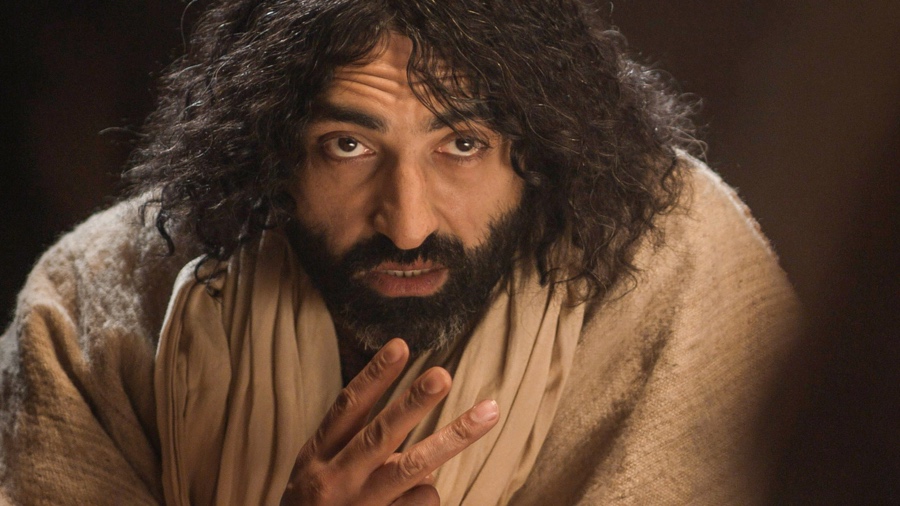 Jesus thought of us first! With all that he was about to face, he cared more about us than his own suffering. But, why? So that in our worst moments of suffering, loneliness, shame, failure, loss, isolation, emptiness, powerlessness, and abandonment, we could always know that we have what he did not: We have him! We are never alone. No matter how we feel, he will never leave us or forsake us. No matter where we are or what we carry as our burdens and failures, he has already chosen to be with us through the Holy Spirit. We know this because, in the growing shadows of his own rejection, ridicule, and death, he was thinking of us and gave us his promise!

So we say with confidence,
"The Lord is my helper; I will not be afraid.
What can mere mortals do to me?"

"Seed, Towel, Promise, & Torchlight: The Promise" by Phil Ware is licensed under a Creative Commons License. Heartlight encourages you to share this material with others in church bulletins, personal emails, and other non-commercial uses. Please see our Usage Guidelines for more information.