Rest and Power for the Weary

Our resources run low, our spirits grow tired, our bodies shut down, we can’t handle another thing, then Satan throws in a storm or two. What do we do? 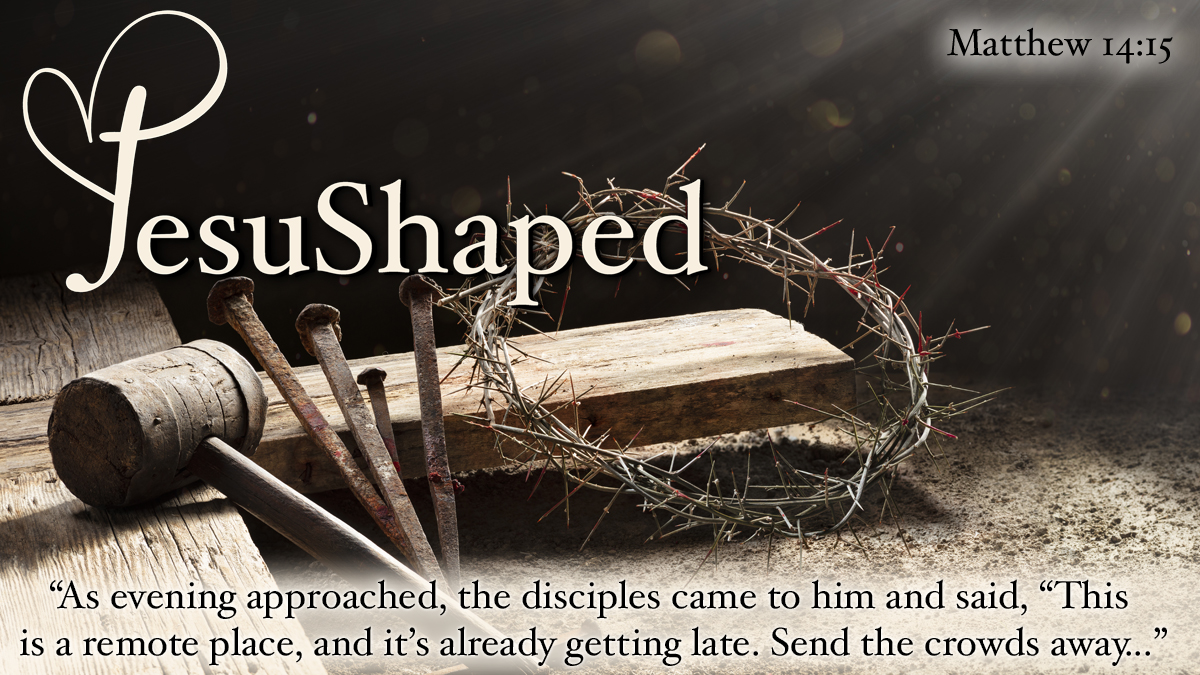 Everywhere I turn, I talk to people in healthcare, teaching, and ministry who are at the end of their rope. They're exhausted, disillusioned, and frustrated. They are not sure they can continue doing what they have been doing, even though these vital people have invested years in learning to do their work well. Deep down, they love what they do. But, the COVID crisis has thrown one change at them after another. They are tired of battling the problems while caring for people with dwindling resources, severe understaffing, and long-term weariness. Is there a word from Lord for us? Where do we go for help, encouragement, and hope? For me, Matthew 14 and the example of Jesus spoke life back into my weary heart.

My dad trained me to be frantic about getting stuff done. "When you get around to it, would you please do so-and-so?" It didn't matter what "so-and-so" was; he didn't mean, "When you get around to it"! He expected that I would drop everything and do it now. Inactivity in his sons was untenable and meant we were lazy and unworthy to be his son. My achievements were paramount, and those achievements would come only from being busy, all the time.

Coupled with my ADD, my dad's impatience, and my view that rest was boring and must be avoided at all costs, I grew up cramming as much stuff into my life as possible. Rest could wait till my "golden years."

My early ministry was a frantic rush. I was also committed to being a good father and husband. So, I kept cramming more and more stuff into my already hectic schedule. I seldom rested or took a nap. I averaged less than five hours of sleep for decades. I was a whirling dervish of activities and responsibilities trying to prove myself worthy as a man and a minister. However, the reality was that I was often not as productive as I would be if I were fresh and well-rested. My ADD was worse, so I was easily distracted. Sticking to priorities was harder. And I was often exhausted. In truth, I was "less than" I could have been — at everything.

One day, Donna, my wife, who often bore the brunt of my frantic pace of living, gently but angrily said, "Phil, sometimes it sure feels that you are arrogant. You seem to think that you are more important than God. God rested on the seventh day, but you think you can't ever need to rest."

Wanting to be a JesuShaped disciple, I began learning to rest, and especially resting to honor and share the presence of Jesus. Donna prayed that the Holy Spirit would minister to me while I slept. Although it has taken me years to get where I am now, I deeply value sleep. I take an occasional nap. I love to sit and do nothing more than spending sacred time with God in the beauty of HIS creation. When I wake in the night, the Holy Spirit has already put songs in my heart so that I can go back to sleep hearing HIS singing in my heart. As I've grown older, I even started using the phrase: "Boredom is highly underrated!"

As I recently read Matthew 14 in my morning time with God, the Spirit reminded me of the importance of my change. Quite frankly, as I read through these events and thought about my life and ministry, I wish I had applied these truths to my life much earlier. I hope in some way that they speak to your heart.

Ministry is hard. Satan is always opposing our efforts. Enemies and critics often surround us. Social media imposes standards of performance that make our efforts seem "less than" compared to others. So, Matthew 14 comes in and speaks to me with convicting grace.John the Baptizer, Jesus' forerunner and cousin, has been ruthlessly murdered because of the weakness and gross immorality of the lecherous Herod, his brother's ex-wife he now lives with (Herodias), and his erotically-dancing step-daughter.

Jesus was grieving for John the Baptizer. The Lord needed rest. His disciples need rest. They were bone-weary. Plus, Jesus knew HE would soon be on his final journey to Jerusalem. The Lord would need to be razor-sharp as HE dealt with group-after-group of critics and religious adversaries. Those adversaries were out for HIS blood and would constantly probe HIM, trying to catch the Lord in a misstep that they could use to have Rome execute HIM.

But, just when you are stretched so thin that you don't think you could handle another thing, an urgent problem presents itself. For Jesus and HIS apostles, a vast crowd was waiting for them. They desperately needed Jesus' presence, care, and healing touch. They were like sheep without a shepherd, and the master Shepherd would not leave them alone in the wilderness, no matter how tired HE and HIS apostles are. 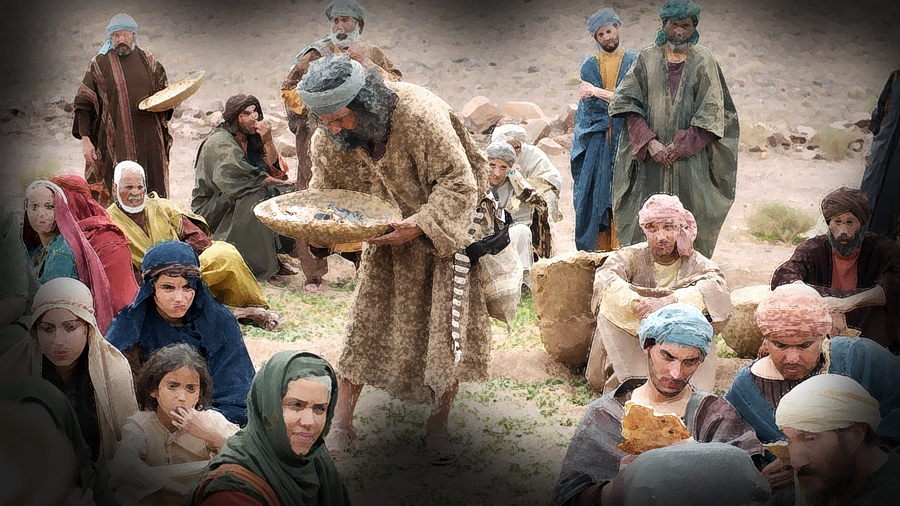 Jesus told them, "You feed them!"

"What!?" they responded. "We only have a few loaves of flatbread and a few little fish. Plus, there isn't much of us left, either! Send them away!"

Then, Jesus fed the thousands. He blessed and multiplied the meager resources, then engaged HIS exhausted disciples to help, making them more than enough. They each held the miracle in their hands when they collected 12 baskets of leftovers — one for each of them! Bone-weary, painfully aware of John's death and his own impending appointment with brutality, concerned for HIS weary friends, and pastorally committed to the thronging masses, Jesus lifted HIS voice and HIS heart to the Father in prayer.

Then, Jesus sent HIS disciples away to get some rest while HE dismissed the crowd. He was protecting them from another ministry burden. He wanted them to get some rest. The Lord waited until after the mob left to go up on a mountain and renew himself from time in prayer with the Father.

Jesus' exhausted apostles found themselves battling a storm, alone, without HIM. Beyond tired and near-drowning in the storm, they needed their Lord. Yet when HE came to them, they couldn't recognize HIS presence because the storm had engulfed them. Their eyes were on the storm, and they doubted HIS presence in their moment of weariness and crisis. Despite their fears, exhaustion, and doubt, Jesus was coming to them in their storm! 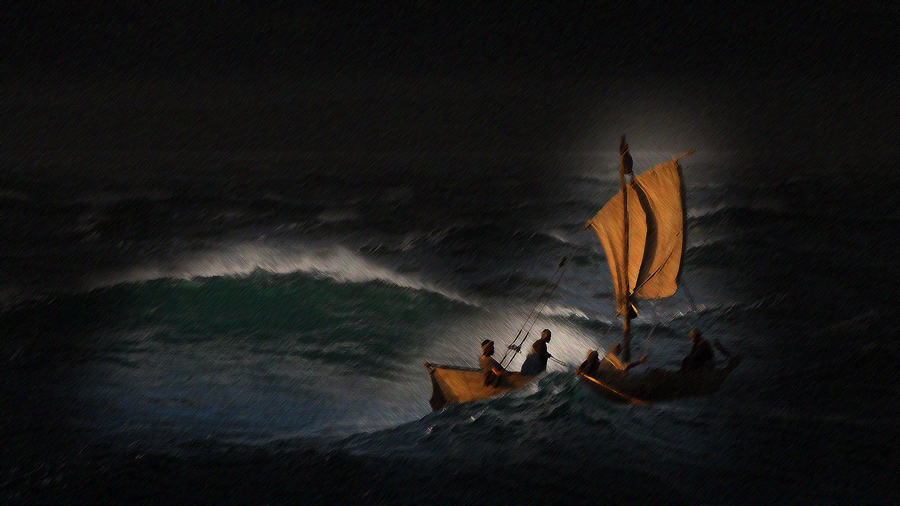 If we miss this point, Peter started walking to Jesus in the storm and through the raging waters. He only made it a short way before focusing on the wind and waves, not his Savior. He began to sink. However, in that moment of terrifying crisis, he called out, "Save me, Master!"

Jesus wants us to rest, just as HE wanted HIS beloved apostles to rest!
They all arrived at their destination to find themselves strangely renewed and their faith strengthened in Jesus as the Son of God.

Jesus wants us to rest, just as HE wanted HIS beloved apostles to rest during the challenges of ministry. God created a rhythm in our world, commanding us to rest one day out of seven. We need it. Sometimes, however, the world crashes in continually. Our resources run low, our spirits grow tired, and our bodies shut down. We can't handle one more thing, yet demands keep coming. Plus, Satan throws in a storm or two.

What do we do?

We refocus on Jesus. We commit to pursuing HIM.

We commit to proper, regular, and holy rest.

We trust, that when we can't get that rest break and are insufficient to do what we need to do, we trust that HE can.

"Rest and Power for the Weary" by Phil Ware is licensed under a Creative Commons License. Heartlight encourages you to share this material with others in church bulletins, personal emails, and other non-commercial uses. Please see our Usage Guidelines for more information.

Beyond the Reach of Corruption and Decay
Are humans that predictable? Are people really so selfish? Do we nearly always pursue some payoff or reward in every situation?

Reflecting the Servant Heart of Jesus
How do you honor a servant who is not trying to be noticed but simply trying to do good things for others?