What Do We Do About Leadership Abuse?

The description of the Good Shepherd in John 10 aligns beautifully with Jesus' definition of serving and giving himself to bless us in Mark 10. 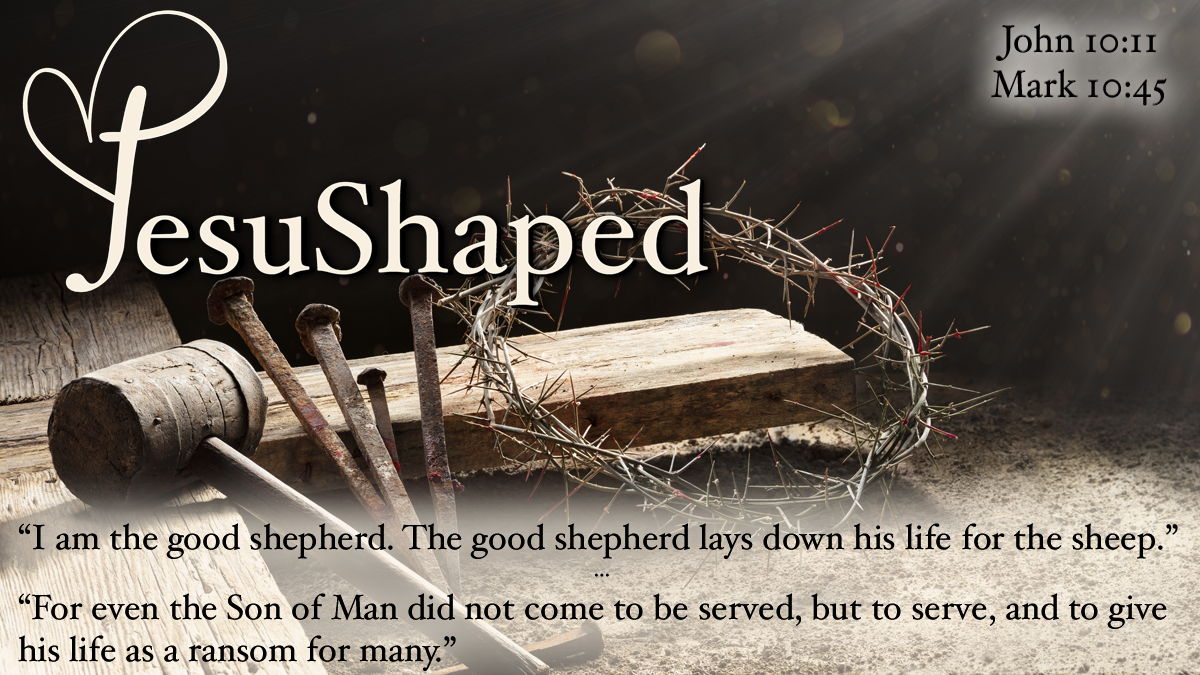 Are you as stunned and broken-hearted as I am?

Listening to personal testimonies of God's people recounting their long-term spiritual abuse from the hands of once-respected leaders has brought me to tears and made my blood boil in righteous anger. When those who claim to lead for Jesus consistently abuse their position, power, and spiritual privilege in the lives of God's people, everyone and everything associated with Jesus and HIS church are damaged.

Those who have been abused — shamed, belittled, bullied, threatened, taken advantage of sexually, shunned — deserve our love, support, prayers, listening ears, and empathetic hearts. We must do all we can to help them rediscover the love of Christ, the trustworthiness of true godly leaders, and the warmth and grace of Jesus' people. We must work for the pain in their hearts to be loved into deliverance by the Holy Spirit (Romans 5:5). But, this takes time, consistent effort, and graciously patient listening love. 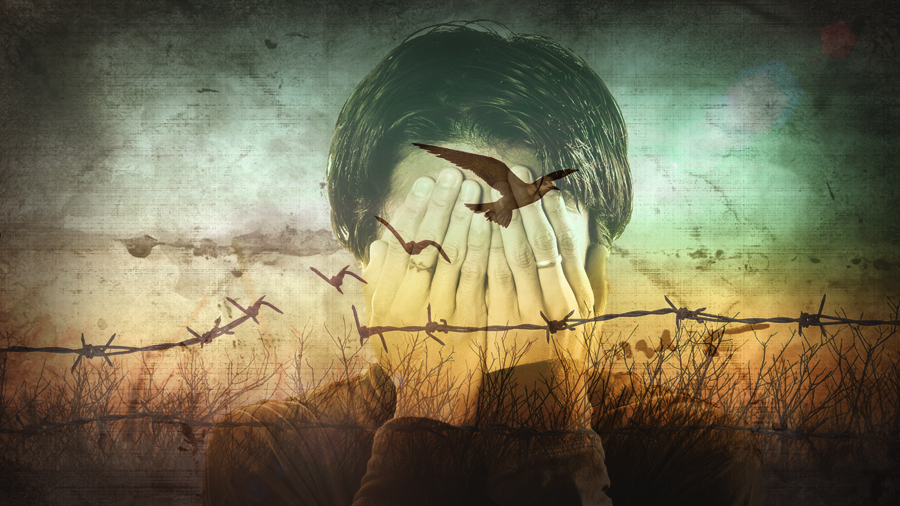 Churches and God's people must also work to reclaim fallen leaders. A slap on the wrist and a speedy return to power are as dangerous as it is wrong. Whitewashing such behavior only opens the door for more of it. Eventually, a church may restore some fallen pastors to leadership. Restoration can only occur after godly sorrow leads to genuine changes in behavior and thinking. Some, however, may never be returned to leadership because of the risk to their souls, but they can be faithful servants in the family of God and serve in non-leadership roles. The Scriptures are full of these kinds of stories — think of David and Moses as two examples.

All of us — yes, even our best leaders — are sinners. All who have led God's people have had missteps, misjudgments, sinful actions, and spiritual blunders in their leadership. Youthful leaders' inexperience and naïveté have led some to wrong, ill-advised, and hasty actions. Even our oldest and wisest leaders have not always lived up to the standards they aspire to be present in their lives and ministry. Yet, these flaws are more the exception in most leaders' lives of service rather than being the rule.

Unfortunately, all who lead are fallen, temptable, men and women. Any can stumble during special circumstances. Each is vulnerable, and each must be vigilant with our support and help! Thankfully, many of our leaders lean into the leading of the Holy Spirit pulling them toward spiritual goodness. Many invite a trusted friend to hold them spiritually accountable. Most have a deep, personal, and passionate desire to become JesuShaped leaders. These qualities help keep keep the deadly threesome of "the lust of the flesh, the lust of the eyes, and the pride of life" at bay (1 John 2:16) in their ministries. They know Satan is lurking to wound them and compromise their leadership.

However, the occasional lapses by these leaders are not the same kind of failure as the ongoing abuse of power, position, and spiritual privilege found in persistent abusers. The frequency of abuse incidents, the repeated coverup of personal transgressions, persistent lying, and the continuing manipulation of others for their personal benefit all help define spiritual abuse. The personal testimonies of those abused report the repeated and frequent abuse of power, position, and influence over them. Throw in the power of Satan to deceive and destroy with the abuse of power, and you have a toxic brew that leads to repeated abuse until God's people confront it and stop it.

Jesus demanded that these kinds of abuses must not be part of HIS Kingdom; we must not tolerate them!

Jesus called [HIS petty, status-seeking, disciples] together and said, "You know that those who are regarded as rulers of the Gentiles lord it over them, and their high officials exercise authority over them. Not so with you. Instead, whoever wants to become great among you must be your servant, and whoever wants to be first must be slave of all. For even the Son of Man did not come to be served, but to serve, and to give his life as a ransom for many" (Mark 10:42-45).

The Vulnerability and Way Forward

On a recent reading tour through the Gospel of John, I read Jesus' self-definition of the Good Shepherd in John 10. I felt as if this was the Lord's inspired antidote to the blatant disregard of JesuShaped leadership demonstrated by the recent exposure of spiritual abuse. Jesus' definition of a JesuShaped shepherd aligns well with HIS stated mission as a leader in Mark 10. No wonder Jesus could say that HE lays down HIS life for HIS sheep (John 10:11, 15, 17). Serving and sacrificing are what JesuShaped servant leaders do. A JesuShaped leader doesn't lead to being served but to serve and sacrifice for God's people (Mark 10:45).

The Good Shepherd Is Our Example

As we reel and stagger from the damage done by so-called shepherds who abused God's precious people entrusted to their care, let's revisit Jesus' definition of a good shepherd in HIS Kingdom (John 10:1-18). Jesus confirmed this definition with HIS life of service, a life that HE willingly laid down to demonstrate HIS love, bless HIS sheep, and give HIS people life in all its fullness (John 10:9-11).

Please take a moment and reacquaint yourself with JesuShaped shepherding from John 10. God's people are like sheep without a shepherd. False shepherds abused them. Jesus calls these false leaders thieves and wolves who prey on God's precious sheep. God's leaders must be different than the worldly-shaped leaders who abuse their power, position, and privilege. They must be JesuShaped shepherds who…:

The beauty of the Lord's description of the Good Shepherd shines through to us. 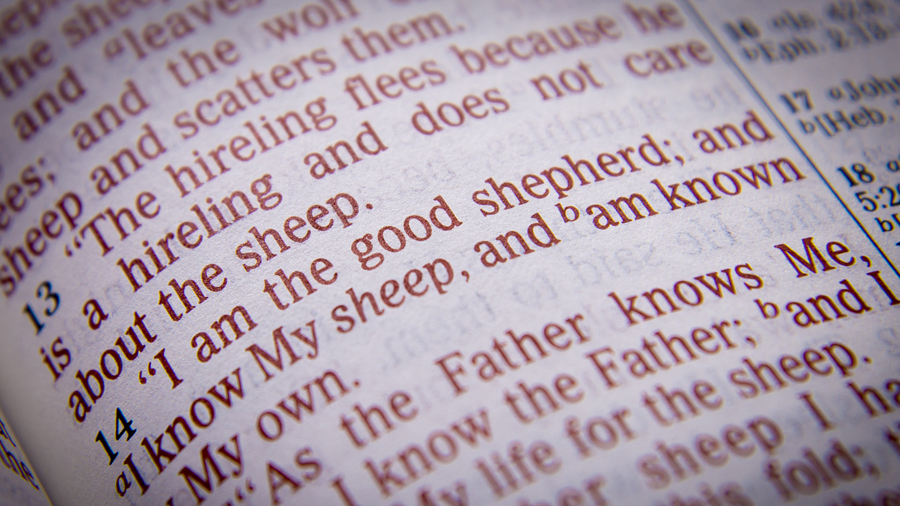 Even with the metaphorical language of John 10, the beauty of the Lord's definition of JesuShaped shepherding shines through to us. It aligns with Jesus' definition of serving and giving himself to bless us in Mark 10. The Lord reminded us that HE served and blessed, suffered, and sacrificed so that God's sheep — you and me — can have life and have it to the full.

Jesus' self-definition of the Good Shepherd should be our job description for godly leaders!

Let's Commit to Be JesuShaped

So, yes, we must confront pastoral abuse in our churches because it is something the Lord despises and goes against all HE did while on earth.

So, yes, we must comfort and protect those who have been abused and left adrift as sheep without a shepherd — confused, disillusioned, and betrayed.

And, yes, we must demand that our Kingdom leaders define their shepherding of God's people by their spiritual service and loving sacrifice rather than their human charisma and worldly charm.

Jesus defined a JesuShaped leader in John 10 with the example of HIS life and ministry as the Good Shepherd.

Jesus stated HIS mission as a leader in Mark 10 as the suffering servant who gave HIS life as a ransom to save many people.

Can we aspire to do less as JesuShaped leaders?

"What Do We Do About Leadership Abuse?" by Phil Ware is licensed under a Creative Commons License. Heartlight encourages you to share this material with others in church bulletins, personal emails, and other non-commercial uses. Please see our Usage Guidelines for more information.