Jesus has not only given us the final victory, but he has also promised to be alive in us! 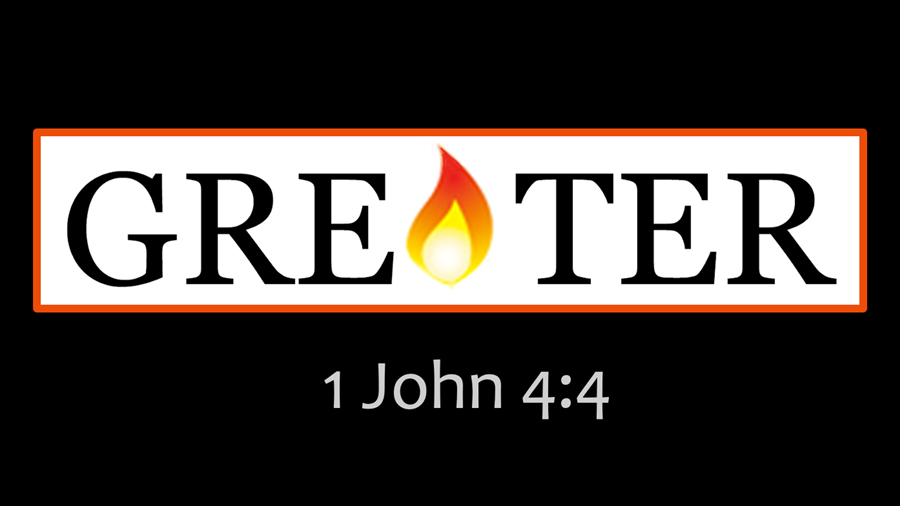 Welcome! We're glad you joined us for ToGather. We trust that today's time of worship in song, prayer, Communion, and Scripture will bless you. Whether you are alone or with friends, family, home group, or house church, please know that God's people from all around the world are joining you virtually in worship. (Find out more.)

Our focus today for ToGather is Jesus and his defeat of the evil one. He is victorious over every power that stands against his people. We are not to give in to the demands of the world or the desire of those who want to water down the truth of God. We must not dilute the truth of Jesus in an effort to make his divine identity more acceptable to our critics. We must not give in to those who have rejected Jesus as God's Son who came to earth in human flesh. Jesus was Immanuel, God with us (Matthew 1:23), to bring us grace (John 1:14-18). We rejoice and celebrate that greater is the one who is in us than the one who is in the world!

Let's celebrate this truth with the rousing song "More than Conquerors" by Rend Collective as we celebrate that we are victorious because of Jesus!

Let's continue this praise with the ending of Paul's intercessory prayer for the Ephesians and make it our own praise:

Now to him who is able to do immeasurably more than all we ask or imagine, according to his power that is at work within us, to him be glory in the church and in Christ Jesus throughout all generations, forever and ever! Amen (Ephesians 3:20-21).

At first, you may find it a little unusual to immediately transition our focus to the Lord's Supper after such a rousing song. However, the early church had a special focus on Communion on the Lord's Day, Sunday, the day of Jesus' resurrection. We remember Jesus' death on the day of his resurrection in anticipation of his coming again! What could be more of a declaration of victory than these truths combined in our holy meal together? No wonder the Supper gives us the strength to fight our battles in this world. Let's prepare our hearts for our victory celebration in the Supper today as we sing "Surrounded" led by Upperroom:

Life and victory were won for us by Jesus in his death, burial, and resurrection. These truths are the heart of the good news we believe and by which we are saved:

We participate in this gospel as we share in Communion. Notice Robert Reagan's emphasis in our Communion reflection today: Jesus' resurrection!

Because of Jesus' victory over sin, death, and hell, we can declare that "No Weapon" which Satan has formed against us will prosper, but God will stand by us and lead us to victory in Jesus our Lord. Let's sing this truth with Fred Hammond:

Today's message is rooted in our Verse of the Day:

The one who is in us is greater than the one who is in the world!
Take courage as Phil shares the powerful message. Jesus of Nazareth is God who came to earth in the flesh. Jesus now lives in us through the Holy Spirit. Our Lord has not only given us the final victory, but he has also promised us that he is alive in us and greater than any power at work in the world:

We want to live faithfully for our Savior because we know that he is faithful. We believe this truth with all our hearts. So, let's join Vertical Worship in singing, "Faithful Now":

Concluding with Joy and Blessing:

Joshua led God's people to enter the Promised Land victoriously because he trusted in the LORD. Jesus, whose name is the same in Hebrew as Joshua's, entered into a better "Promised Land" by his victory through the resurrection. He has demonstrated with power that he is the Son of God and the LORD. He has promised to lead us to victory in life, through death, and into the life to come. Let's praise our LORD who leads us in his triumphal procession of victory as we sing, "The Battle Belongs to the Lord":

Our closing praise helps sums up our joy as we conclude our special time of worship:

May we live in victory as children of the King!

"ToGather: Greater is the One in You (February 28, 2021)" by Demetrius Collins & Phil Ware is licensed under a Creative Commons License. Heartlight encourages you to share this material with others in church bulletins, personal emails, and other non-commercial uses. Please see our Usage Guidelines for more information.

Dr. Demetrius Collins is a mission partner at Westover Hills Church, Austin, TX, where he serves on the worship team and as a youth volunteer. His vocation is as a professor, physical therapist, and athletic trainer; but his calling is to mentor young men through their high school years as they try to figure out what it means to be a follower of Christ. He is happily married to Kristel, who shares his passion for God and scripture. He serves as our song resources coordinator for ToGather.church
Phil Ware is President of Heartlight, Inc. and is an editor and writer for Heartlight.org, VerseoftheDay.com, and ToGather.church. Phil has served in preaching, teaching, and online ministry for over 40 years. He is passionate for world missions and encouraging ministers, pastors, church leaders, and missional church planters. (Visit the Author's Website)

ToGather: Using Our Freedom Redemptively (November 13, 2022)
In our broken world where people say and do hostile things against us, we choose to use our freedom to serve them in love.