To Win Your Heart!

On this Christmas Day as we bring this year's journey to an end, the question you need to ask is as important to answer as it is simple to ask! 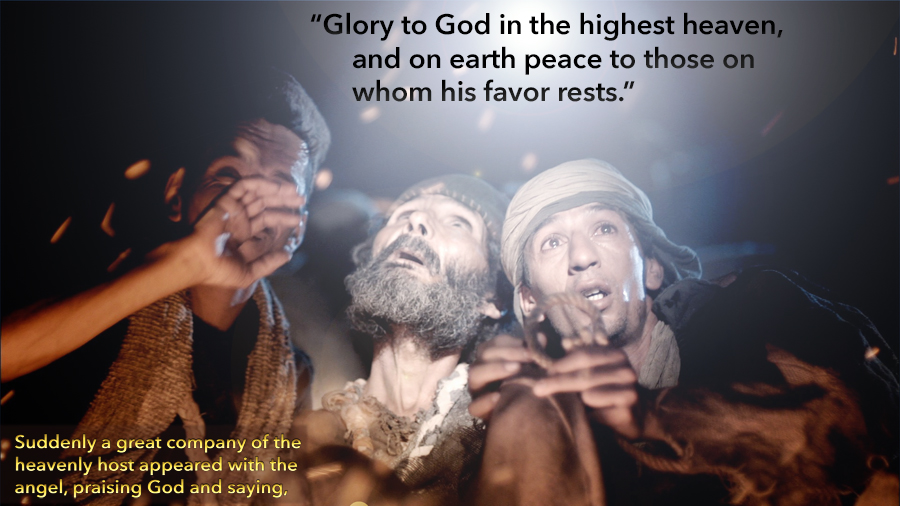 Are the birth stories of Jesus real, or are they just another myth layered on top of our Christmas traditions? For true followers of Jesus, this is an essential question to answer.

More than stories about shepherds, angels, wise foreigners from the East, a celestial event, King Herod's jealousy, and Joseph and Mary's escape to Egypt, the birth of Jesus is about the incarnation — God entered our world as Immanuel, God with us, God in human skin. God's presence wasn't virtual or merely spiritual. God's presence was tangible and touchable. God was up close and real, as real as a manger, weariness from hard travel, being ostracized by your family, and the smell of shepherds fresh from their flocks.

Similar to Jesus' resurrection, the early witnesses to Jesus give the story the names of real people, places, dates, and times to help early believers know the truth of Jesus' birth and have eyewitnesses to consult about what happened. Clearly, only Mary and God were there at the miraculous conception. However, there were villagers who could be consulted about Zechariah and Elizabeth's late-life pregnancy. People at the Temple would have remembered Zechariah's strange behavior after serving as God's special priest when he received his vision.

The people involved in this story are not hidden, mysterious, mystical, or magical. They were simple folks who trusted in God to send the Messiah to Israel. They are sometimes called "the pious poor" or "the remnant" by biblical scholars. Nevertheless, they were normal folks who believed God's promises and remained faithful to him even when there was no obvious reason for them to do so. God heard their prayers and invaded their worlds with grace, wonder, and the miracle of Jesus.

As you think about Christmas today, be aware that we are not sure of the exact date of Jesus' birth. That birth was unlikely in December. Based on the description of events, his birth probably did not occur in winter. However, the exact day of Jesus' birth is not nearly as important as what his birth means: God loves us enough to become one of us so that all of us who believe can be saved.

When the shepherds came to visit Jesus, they witnessed something more breathtaking than the display of angels announcing his birth. They saw God lying in a manger wrapped in swaddling clothes and willing to share their humanity in every way.

Join the awestruck shepherds and be touched to the core of your soul because God came to our world as Jesus, for you!

When he wrote to people who had never personally seen Jesus, the aged apostle John said:

We proclaim to you the one who existed from the beginning, whom we have heard and seen. We saw him with our own eyes and touched him with our own hands. He is the Word of life. This one who is life itself was revealed to us, and we have seen him. And now we testify and proclaim to you that he is the one who is eternal life. He was with the Father, and then he was revealed to us. We proclaim to you what we ourselves have actually seen and heard so that you may have fellowship with us. And our fellowship is with the Father and with his Son, Jesus Christ. We are writing these things so that you may fully share our joy (1 John 1:1-4 NLT).

John wanted these beloved friends in Asia Minor — what we call Turkey today — to know that Jesus was real. Jesus was also God. In Jesus, God was real and present in our world. People had seen him with their eyes and touched him with their hands. This Jesus was God's Son, eternally existent before time began and alive in history through the human form of Jesus of Nazareth. Jesus allowed those who witnessed him, to enter into friendship and fellowship with him. Because of their testimony, those who believe in him now can have fellowship with him, too. 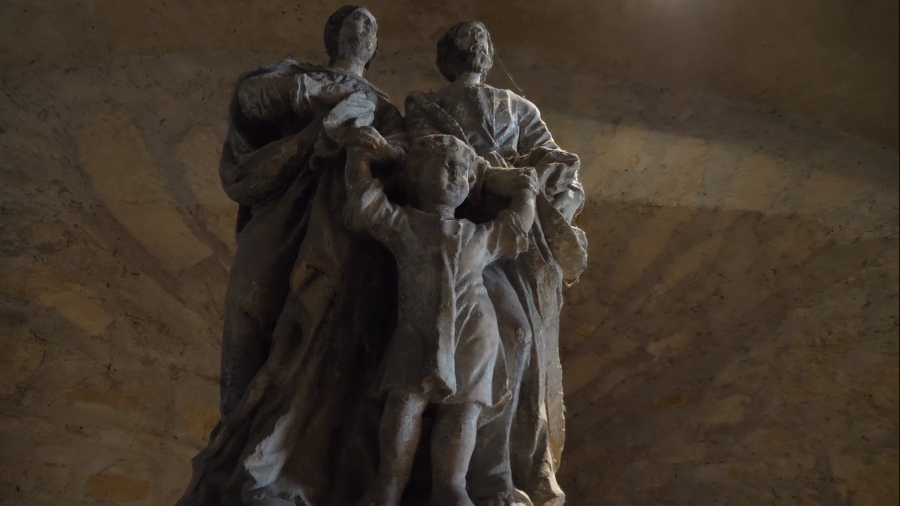 Think of it: the eternal God chose to take on human flesh and become one of us. But why? Why would God do such a thing? Why limit himself to space, time, and mortality when he was beyond space and time, God the eternal one not bound by our limits and three-dimensional realities?

This same old apostle, John, shared the answer, an answer that is as deep and moving to comprehend as it is simple to say:

For God so loved the world that he gave his only Son, so that everyone who believes in him may not perish but may have eternal life.

Indeed, God did not send the Son into the world to condemn the world, but in order that the world might be saved through him

James Nored reminds of a beautiful story that helps us understand how deep this love God has for us — the love that led him to come to us in Jesus:

God chose to win our hearts rather than dominate us into submission and acceptance. He sacrificed himself to win our love and bring us back to himself. All the stories about Jesus that circulate this time of year originate in one divine motive: win our hearts. They remind us that God's design for us is not manipulation or some arbitrary set of rules to control us but our Father's desire to bring us life, blessing, and love.

As we bring our year's journey to an end, the question you need to ask is as important to answer as it is simple to ask: Has God won your heart?

Don't confuse that with, "Are you a Christian?" or "Do you claim to be a Christ-follower?" or "Do you go to church?" or "Are you spiritual?"

Each of those questions falls short of this one: Has God won your heart?

The eternal God chose to take on human flesh and become one of us.
If he has, those other questions will take care of themselves. If he hasn't, then you are caught trying to live in two worlds, and that will ultimately pull you apart.

Has God won your heart?

Read the following words from another apostle, Paul, as he talks about what God has done in love to win your heart:

Here's my heart, Lord! Who has your heart?

"To Win Your Heart!" by James Nored & Phil Ware is licensed under a Creative Commons License. Heartlight encourages you to share this material with others in church bulletins, personal emails, and other non-commercial uses. Please see our Usage Guidelines for more information.