Teach Us to Pray Intro: Don't Just Do Something...

'I wish I had time just to sit around and pray,' my friend said. He walked away in a huff! 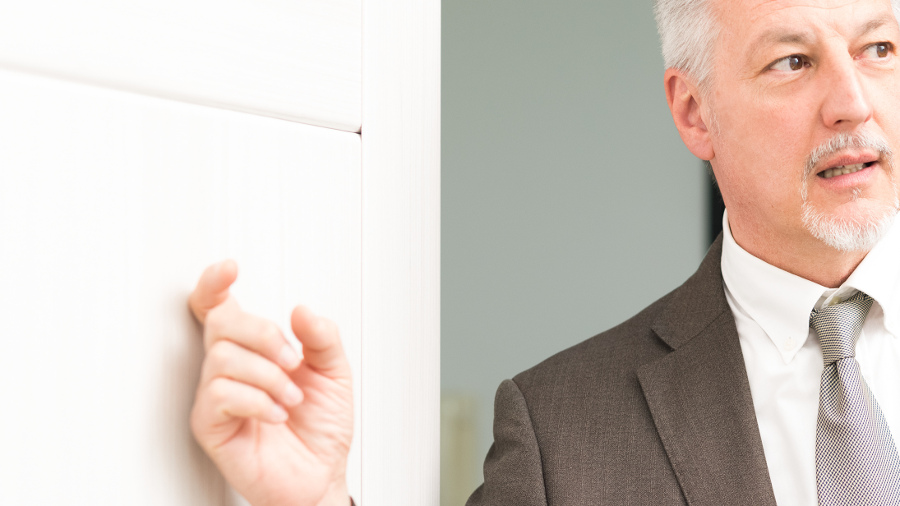 by Phil Ware (08/07/2019) | The Jesus Window
The early church's growth created a crisis. Widows, especially the widows who didn't speak the local language, were neglected by their fellow believers and were going hungry. People who didn't speak the local language were upset. More than a few were angry. Many people in the dominant culture hadn't even noticed the problem because they spoke the "correct" language and "their" widows were not being overlooked in the daily distribution of food (Acts 6:1).

Prejudice and neglect threatened the fabric of a fellowship known for sharing life, together (Acts 2:44, 47; 4:26) and not having a needy person among them (Acts 2:45; 4:32-35). Their failure could thwart their witness as followers of Jesus. Women worthy of respect and care were forgotten and hungry. The neglect of these needy women undermined the disciples' claim to live in harmony with the heart of God (James 1:27; Deuteronomy 10:18; 27:19).

What did the apostles, Jesus' hand-selected leaders for his new church, do in response to this crisis? They continued to devote themselves to a higher priority, "the word of God and prayer" (Acts 6:4).

You read it properly. Before doing something, the apostles reminded the people of their highest priorities as leaders: prayer and sharing the good news of Jesus. In the face of a fellowship-threatening crisis they... prayed?

More than three decades ago as a young minister, I answered the knock on the door of a meeting room. When I stepped outside, I discovered a red-faced, angry, long-time friend of my parents — he knew them before I was born. He verbally pressed me to let him into that meeting. As firmly, but also as calmly as I could do with a family friend and someone twice my age, I refused. "It's prayer night," I reminded him. "The elders and ministers are gathered for prayer. That is our only agenda. Prayer will take several hours. There is no other agenda tonight other than prayer."

"I wish I had time just to sit around and pray," my friend said. "This was an important matter about our missions program that I needed to get approved. Tonight!" He walked away in a huff.

Several weeks later, in one of his missions meeting, a fellow mission team member quoted this frustrated brother's hero. On several occasions, my impatient family friend's hero had said, "I only get done what I pray for!"

Over time, this family friend mellowed. He became a man of prayer. He realized he needed a new motto to guide his life: "Don't just do something; kneel there and pray!" 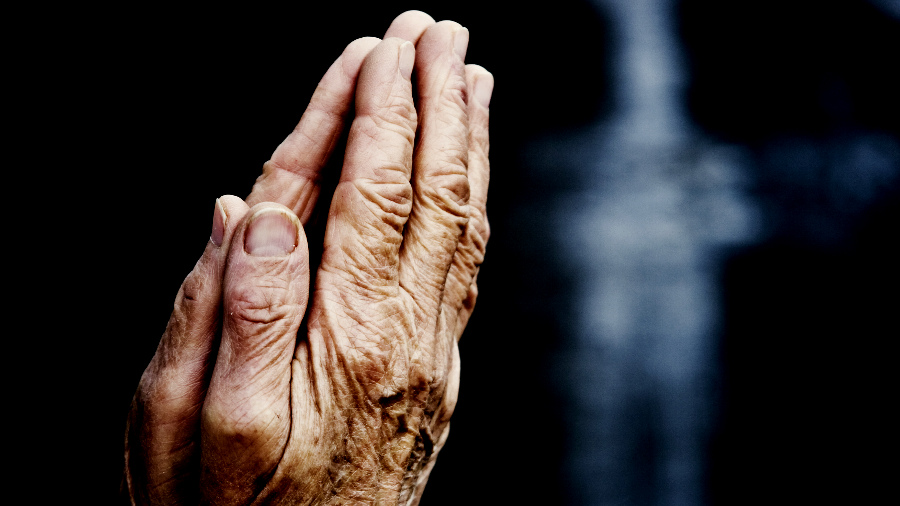 Today, many Christians fret, complain, post on social media, or stomp around worried about what is happening the world, their churches, and the dominant culture. They sense a decline in faith and righteous living. Most of all, they worry about the decline in the number of people at their church services. These worried churchgoers press their church leaders to do something to fix the problems. They want something done, immediately!

"Don't just sit there, do something!" they demand.

All too often, desperate leaders respond in one of two ways: they either "just sit there" or "they do something." Those who do something start trying all sorts of things. They reach for the latest fad. They try the newest quick fix. They copy other churches or follow the advice of the latest "how-to" article from a so-called expert.

After several decades of oscillating between doing nothing ("sit there") and trying quick fixes ("do something"), most Christian groups find themselves in worse shape than when they started.

"Don't just sit there, do something!" is not the answer. It wasn't the answer with the problem of the neglected widows and certainly not the answer today. But, neither is just sitting there while things continue to fall apart.

In reality, our problems today don't approach the challenges of those first-century believers. Their politics were more brutal. Their culture was more extreme. Their travel, communication, and opposition were all much more problematic. But, the commitment of their leaders was different:

Lord, teach us to pray!
"Don't just do something, kneel there and pray!"

In the crisis with the neglected Greek-speaking widows, the apostles dedicated themselves to prayer and the message of Jesus (Acts 6:2, 4) just as they had from the beginning (Acts 1:14; 2:42). They asked the larger fellowship of believers for their help in finding wise, spirit-filled, servant-hearted men to attend to the widows. They then gave these chosen servant leaders authority to do their work (Acts 6:3-6). The result was a sizeable increase in believers when the problem was solved (Acts 6:7). The apostles' actions developed new leaders while the apostles continued their task — devotion to prayer and the message of Jesus.

"I only get done what I pray for!" 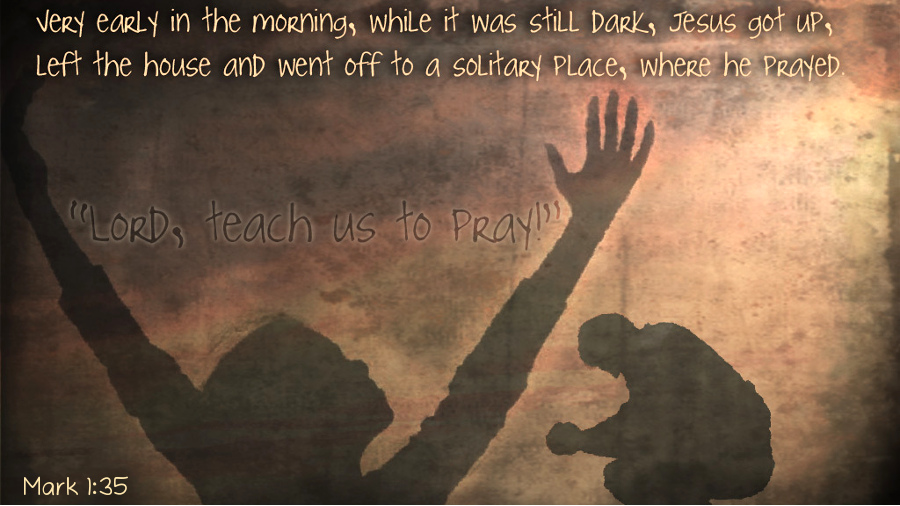 Once a week for the next several months, we are going to spend some time exploring the example prayer of Jesus in the Sermon on the Mount — often called The Lord's Prayer. We are going to ask the Lord to teach us to pray and listen for how the early believers lived out this teaching in their lives. In our times of challenge and difficulty, we will remember this first principle:

After each message, we will provide a hands-on way for each of us to incorporate prayer into our lives the following week. This week, however, I want to invite you to join me in making a three-month commitment to say the Lord's example prayer every day, adding the praise ending at the end, as we ask the Lord to teach us to pray. You can print out the image below and pray this with us or use a version of The Lord's Prayer that you feel best using. The critical response for us, however, is this:

When Jesus' closest followers asked the Lord to teach them to pray, he told them to pray like this: 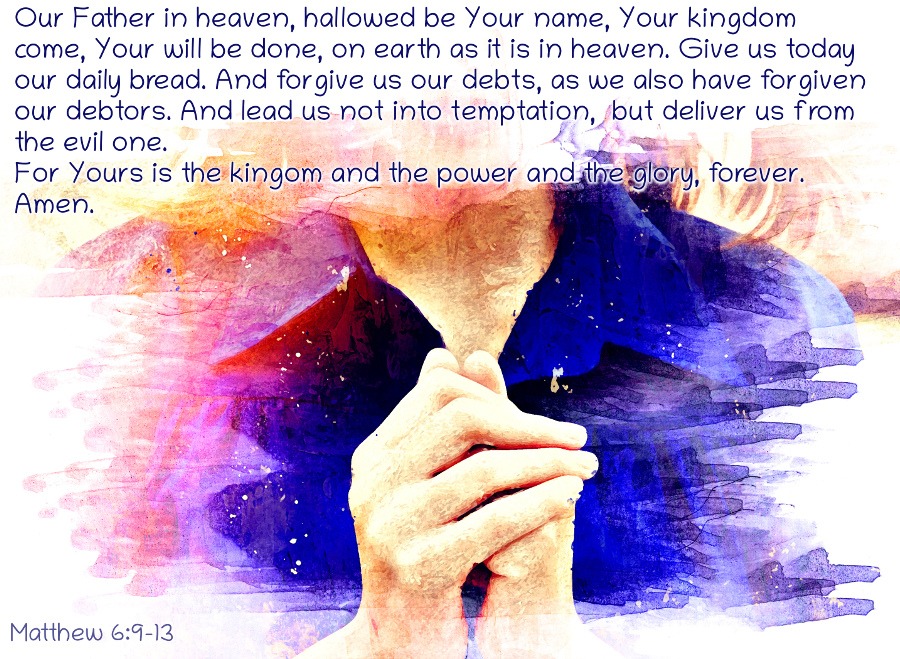 "Teach Us to Pray Intro: Don't Just Do Something..." by Phil Ware is licensed under a Creative Commons License. Heartlight encourages you to share this material with others in church bulletins, personal emails, and other non-commercial uses. Please see our Usage Guidelines for more information.