Whatever Happened to the Gift of Affirmation?

What I had missed was the human element of this event in Jesus' life. The heavenly Father was affirming his Son! 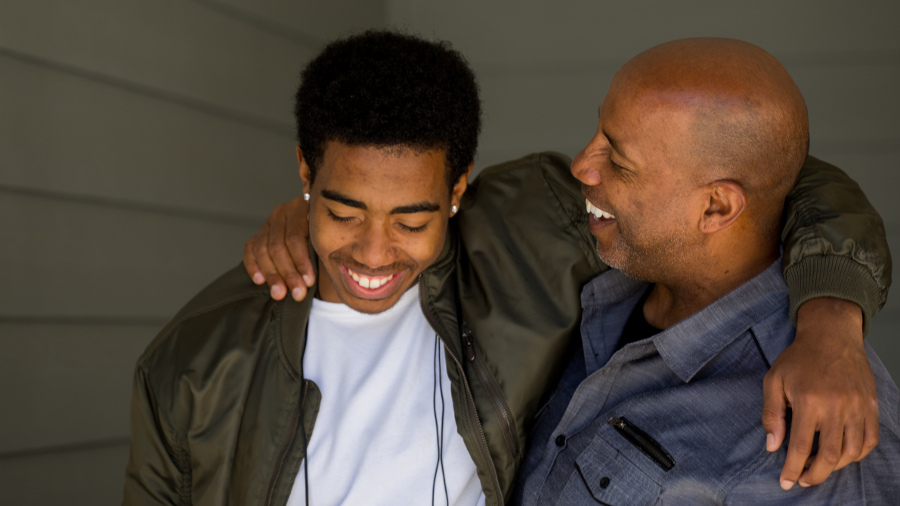 by Phil Ware (07/10/2019) | The Jesus Window
"Phil, you've got to learn to affirm your son better. He needs to know your love for him and approval of him. He needs to know that you are proud of him as your son!" These words, from my wife, Donna, echoed in my heart.

I was a young dad with a great young son. However, my dad, who was great at many things and who was a godly father, had not been good at personally affirming his three boys. We knew he bragged on us to his friends, but affirmation wasn't his standard practice with us. Dad died when I was twenty-five, and my son wasn't three months old. So in terms of having a model of affirmation in a man, I was on my own. Donna was great at giving affirmation. I knew very few men who were. Competitive, ambitious, diligent, and hard workers? Yes! Affirming? Not so much!

As I sat at a stoplight mulling over her challenge, suddenly something from my research into the work of the Holy Spirit in Luke-Acts flashed in my mind. This nudge from the Holy Spirit awakened me to understand what Donna had been begging me to learn to do with our son.

I remembered Jesus' baptism, something I had studied for theological meaning — Jesus' appointment as Messiah, the three personalities all together as the Trinity in this one moment (Father, Son, and Spirit), the inauguration of Jesus' ministry in the power of the Spirit, and God designating Jesus as his Son and King of Israel. What I had missed was the human element of this event in Jesus' life. The heavenly Father was affirming his Son:

When all the people were being baptized, Jesus was baptized too. And as he was praying, heaven was opened and the Holy Spirit descended on him in bodily form like a dove. And a voice came from heaven: "You are my Son, whom I love; with you I am well pleased" (Luke 3:21-22).

I noticed that the Father's words to his Son carried three affirmations:

I realized immediately that my boy needed the same three affirmations from his dad!

Immediately after Jesus' baptism, the gospels tell us that Jesus went to face a time of trial by the devil in the wilderness (Luke 4:1-2). The first words out of the evil one's mouth were, "If you are the Son of God..." (Luke 4:3, 9). Please notice that the Father had already made clear to Jesus that he claimed Jesus as his beloved Son! Jesus went to face the tempter armed with assurance and affirmation. He didn't have to prove anything to know he pleased his Dad!

What struck me was that if the Father had done this to prepare his Son for his time of trial, then as a father, I had better learn to do this with my son!

Thirty-five years later, I am still not as good at affirmation as I want to be. I am, however, better. And, I have noticed how important that affirmation is for those in God's family as well as our physical families.

We must stop this destruction of our servant leaders.
The apostle Paul was feisty, fiery, and unafraid to speak the truth boldly and directly. However, he was also a master at affirmation. Paul affirmed the good in churches before he confronted them for their shortcomings (1 Corinthians 1:1-3; 1 Thessalonians 1:2-10). He was consistently working to develop multi-generational leaders (2 Timothy 2:1-2). One of the ways he empowered these emerging leaders was through affirmation in front of those whom they were called to lead. Notice these two examples, one for a man and one for a woman:

Tychicus will tell you all the news about me. He is a dear brother, a faithful minister [deacon/servant] and fellow servant in the Lord. I am sending him to you for the express purpose that you may know about our circumstances and that he may encourage your hearts (Colossians 4:7-8).

I commend to you our sister Phoebe, a deacon [minister/servant], of the church in Cenchreae. I ask you to receive her in the Lord in a way worthy of his people and to give her any help she may need from you, for she has been the benefactor of many people, including me (Romans 16:1-2).

In both cases, these people were sent by Paul to lead these congregations in ministry. Even though these were not their home congregations, Paul had asked them to bring a blessing to them as his representatives. Notice how he validated them with rich language describing the quality of their ministry along with his respect and appreciation for them. Paul was empowering their work for the Lord. He was emphasizing their qualifications to lead through his affirmation of them.

We live in a time when so much of our talk about leaders, even church leaders, is harmful and even hostile. Criticism, gossip, and innuendo have become Satan's toxins injected into the body of Christ. Leaders, especially volunteer leaders who serve without financial remuneration, are all too often blamed, labeled, and scandalized for their most minor flaws or errors in judgment. They are routinely criticized by those who don't have all the information about the situations. Quite often, the information would vindicate their decisions, but they must keep it confidential to protect others in need of grace. So, they continue to absorb verbal beatings.

My conviction — one I hope you will prayerfully consider for yourself — is that we must stop this destruction of our servant leaders. Everywhere I go, all over the world, I run into good men and women who have given sacrificially of their time, love, effort, and money to bless God's people. Unfortunately, many of our best are giving up or quitting in disappointment and exhaustion.

I do not believe we can be the parents God wants us to be, or the children of God that he wants us to be, or the leaders we want to be if we do not follow our Father's example. We MUST affirm those who serve. That affirmation has to be sincere, loving, and consistent with reality. Fake praise is not needed any more than fake news. We do not benefit God's people by offering them throw away compliments. Those who serve in God's family deserve and spiritually need our genuine affirmation. Anything less is to ignore the examples of our Father in heaven and the apostle Paul.

"Whatever Happened to the Gift of Affirmation?" by Phil Ware is licensed under a Creative Commons License. Heartlight encourages you to share this material with others in church bulletins, personal emails, and other non-commercial uses. Please see our Usage Guidelines for more information.