The Story of Our Savior's Birth 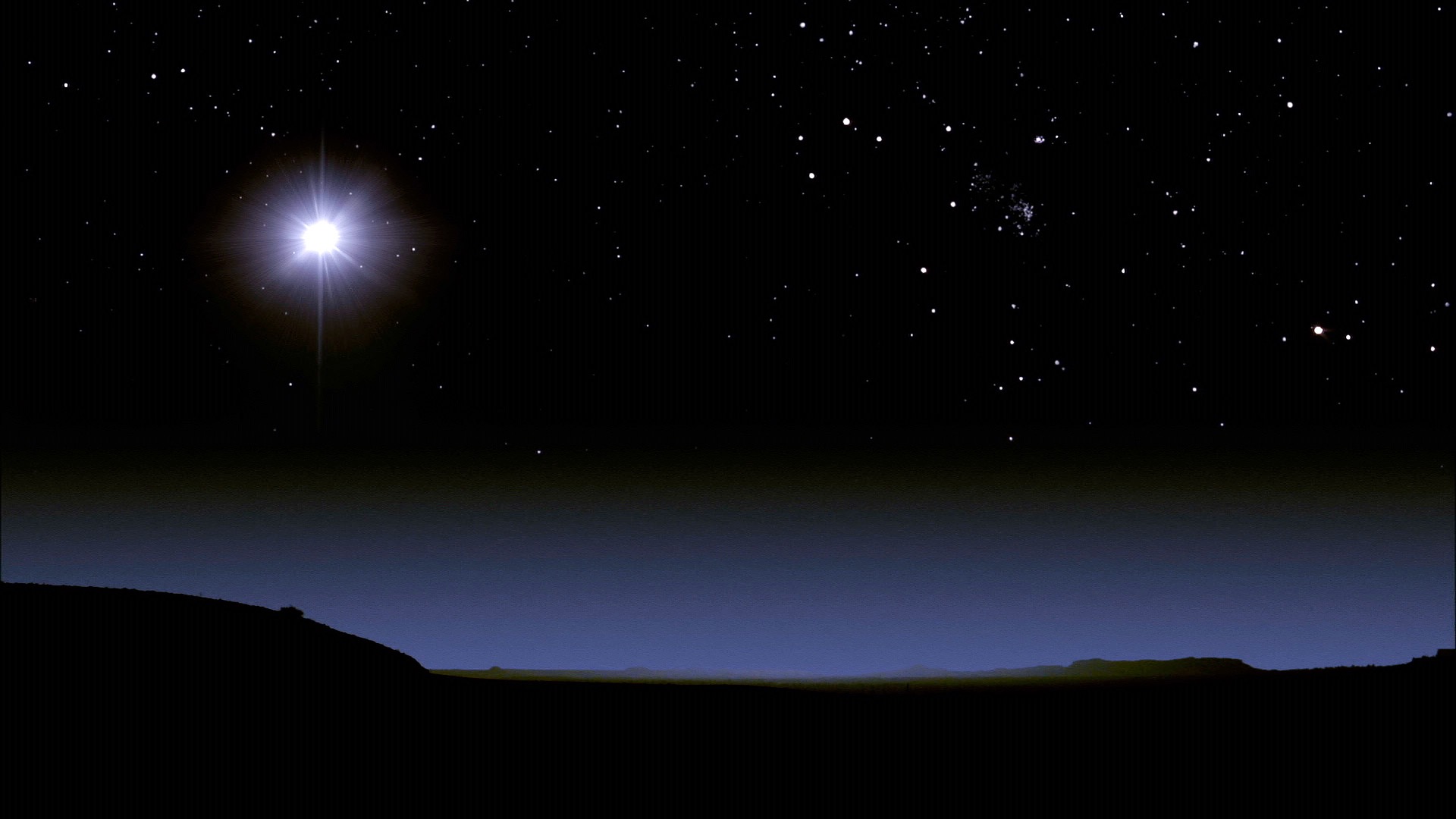 On behalf of the Heartlight.org, VerseoftheDay.com, and aYearwithJesus.com team, we want to wish you a Merry Christmas. We pray that you can draw closer to family, friends, and the Savior during this special time of the year. You will find the story of Jesus' birth below. We hope it blesses you to refresh your heart with this story once again.

As we approach Christmas, we consider you, our readers, one of God's great gifts. Thank you for your prayers, encouragement, and financial support this past year. Thank you for also sharing our free resources with others. Your support made 2017 our most impactful year ever as we seek to provide free resources for those living for Jesus in today's world! 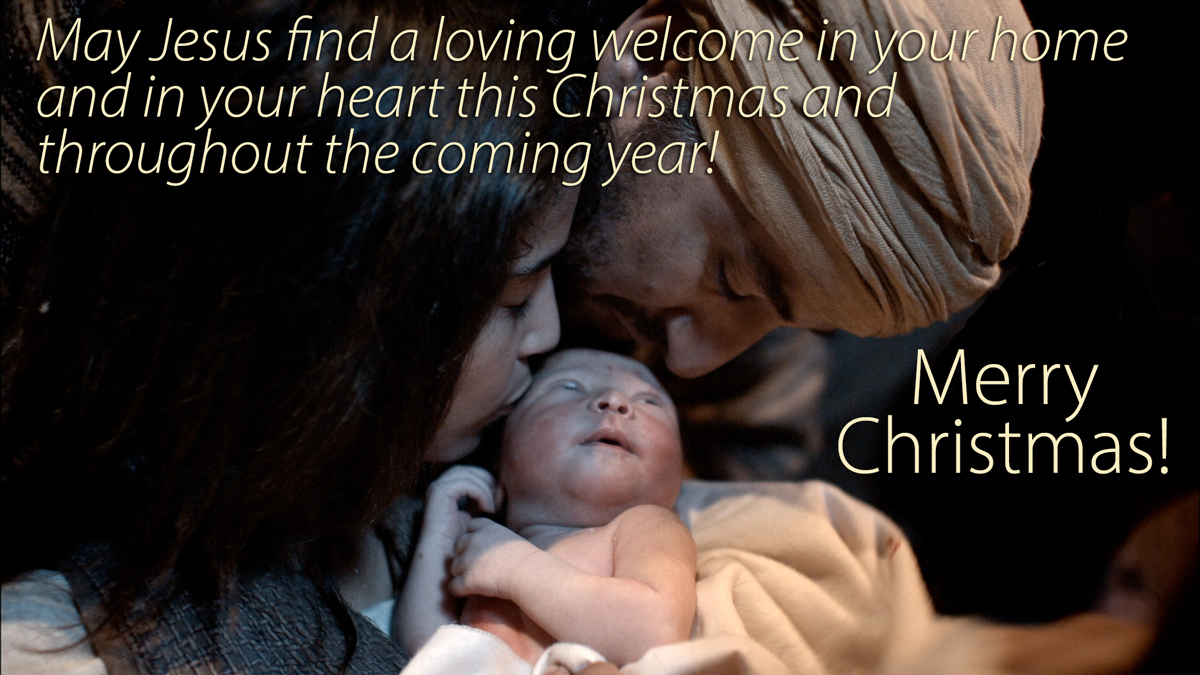 This is an account of Jesus' birth and early life taken straight from Compass — The Study Bible for Navigating your Life, sometimes called The Voice Bible.

So here, finally, is the story of the birth of Jesus the Anointed (it is quite a remarkable story): Mary was engaged to marry Joseph, son of David. They hadn’t married (Matthew 1:18).

[I]n Nazareth, a city in the rural province of Galilee, the heavenly messenger Gabriel made another appearance. This time the messenger was sent by God to meet with a virgin named Mary, who was engaged to a man named Joseph, a descendant of King David himself. The messenger entered her home.

Greetings! You are favored, and the Lord is with you! Among all women on the earth, you have been blessed.

The heavenly messenger’s words baffled Mary, and she wondered what type of greeting this was.

Mary, don’t be afraid. You have found favor with God. Listen, you are going to become pregnant. You will have a son, and you must name Him “Savior,” or Jesus. Jesus will become the greatest among men. He will be known as the Son of the Highest God. God will give Him the throne of His ancestor David, and He will reign over the covenant family of Jacob forever.

But I have never been with a man. How can this be possible?

The Holy Spirit will come upon you. The Most High will overshadow you. That’s why this holy child will be known, as not just your son, but also as the Son of God. It sounds impossible, but listen—you know your relative Elizabeth has been unable to bear children and is now far too old to be a mother. Yet she has become pregnant, as God willed it. Yes, in three months, she will have a son. So the impossible is possible with God (Luke 1:26-37).

Mary was engaged to marry Joseph, son of David. They hadn’t married. And yet, some time well before their wedding date, Mary learned that she was pregnant by the Holy Spirit. Joseph, because he was kind and upstanding and honorable, wanted to spare Mary shame. He did not wish to cause her more embarrassment than necessary. 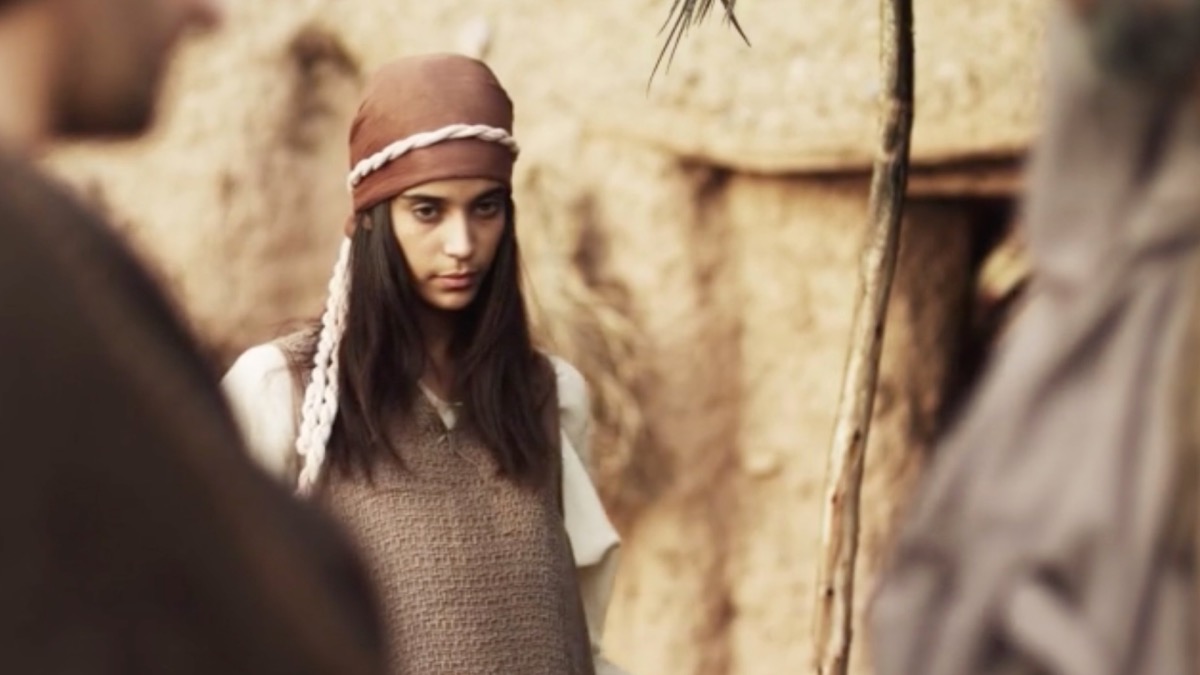 Now when Joseph had decided to act on his instincts, a messenger of the Lord came to him in a dream.

Messenger of the Lord:

Joseph, son of David, do not be afraid to wed Mary and bring her into your home and family as your wife. She did not sneak off and sleep with someone else — rather, she conceived the baby she now carries through the miraculous wonderworking of the Holy Spirit. She will have a son, and you will name Him Jesus, which means “the Lord saves,” because this Jesus is the person who will save all of His people from sin.

Joseph woke up from his dream and did exactly what the messenger had told him to do: he married Mary and brought her into his home as his wife (though he did not consummate their marriage until after her son was born). And when the baby was born, Joseph named Him Jesus, Savior.

Years and years ago, Isaiah, a prophet of Israel, foretold the story of Mary, Joseph, and Jesus:

A virgin will conceive and bear a Son, and His name will be Immanuel (which is a Hebrew name that means “God with us”) (Matthew 1:18-25).

Around the time of Elizabeth’s amazing pregnancy and John’s birth, the emperor in Rome, Caesar Augustus, required everyone in the Roman Empire to participate in a massive census — the first census since Quirinius had become governor of Syria. Each person had to go to his or her ancestral city to be counted.

Mary’s fiancé Joseph, from Nazareth in Galilee, had to participate in the census in the same way everyone else did. Because he was a descendant of King David, his ancestral city was Bethlehem, David’s birthplace. Mary, who was now late in her pregnancy that the messenger Gabriel had predicted, accompanied Joseph. While in Bethlehem, she went into labor and gave birth to her firstborn son. She wrapped the baby in a blanket and laid Him in a feeding trough because the inn had no room for them (Luke 2:1-7). 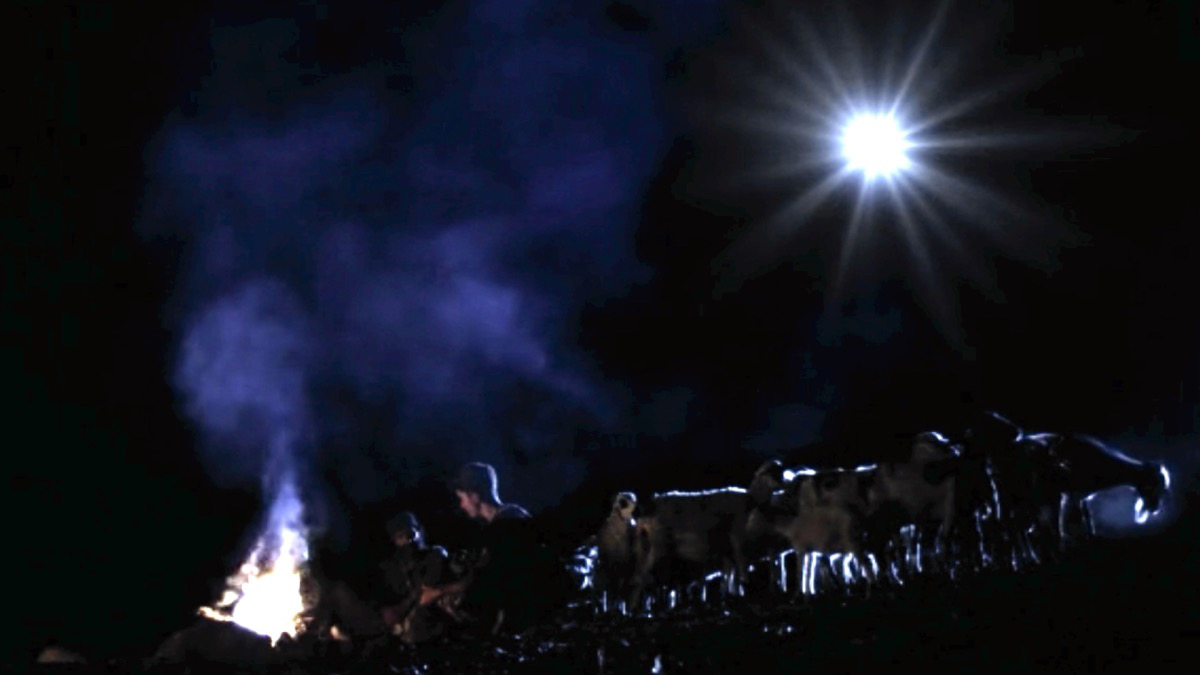 Nearby, in the fields outside of Bethlehem, a group of shepherds were guarding their flocks from predators in the darkness of night. Suddenly a messenger of the Lord stood in front of them, and the darkness was replaced by a glorious light — the shining light of God’s glory. They were terrified!

To the highest heights of the universe, glory to God! And on earth, peace among all people who bring pleasure to God!

As soon as the heavenly messengers disappeared into heaven, the shepherds were buzzing with conversation.

Let’s rush down to Bethlehem right now! Let’s see what’s happening! Let’s experience what the Lord has told us about.

So they ran into town, and eventually they found Mary and Joseph and the baby lying in the feeding trough. After they saw the baby, they spread the story of what they had experienced and what had been said to them about this child. Everyone who heard their story couldn’t stop thinking about its meaning. Mary, too, pondered all of these events, treasuring each memory in her heart (Luke 2:8-19).

Jesus was born in the town of Bethlehem, in the province of Judea, at the time when King Herod reigned. Not long after Jesus was born, magi, wise men or seers from the East, made their way from the East to Jerusalem. These wise men made inquiries. 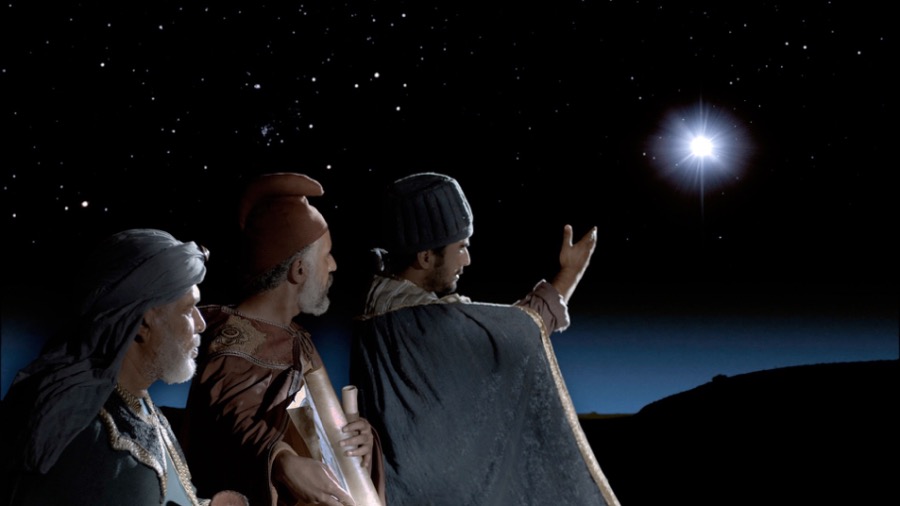 Where is this newborn, who is the King of the Jews? When we were far away in the East we saw His star, and we have followed its glisten and gleam all this way to worship Him.

King Herod began to hear rumors of the wise men’s quest, and he, and all of his followers in Jerusalem, were worried. So Herod called all of the leading Jewish teachers, the chief priests and head scribes, and he asked them where Hebrew tradition claimed the long-awaited Anointed One would be born.

An ancient Hebrew prophet, Micah, said this: But you, Bethlehem, in the land of Judah, are no poor relation — For from your people will come a Ruler who will be the shepherd of My people Israel. 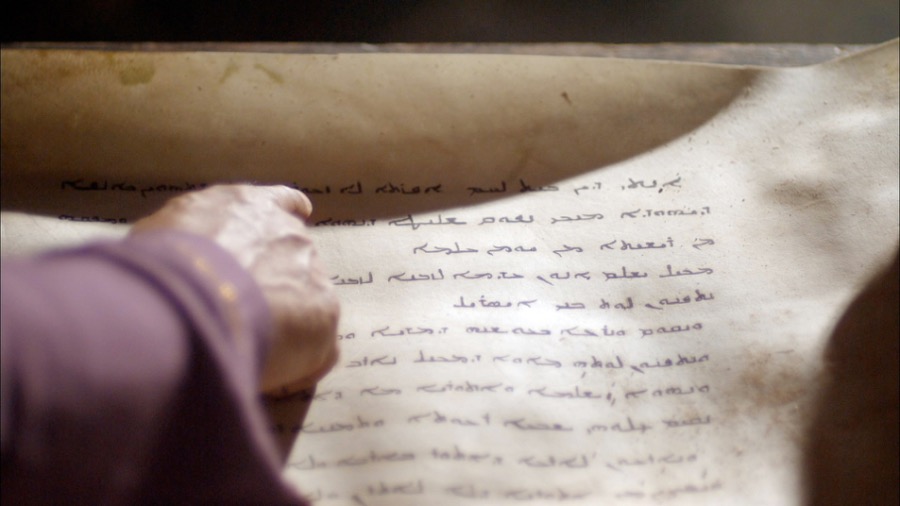 Herod called the wise men to him, demanding to know the exact time the special star had appeared to them. Then Herod sent them to Bethlehem.

Go to Bethlehem and search high and low for this Savior child; and as soon as you know where He is, report it to me so that I may go and worship Him.

The wise men left Herod’s chambers and went on their way. The star they had first seen in the East reappeared — a miracle that, of course, overjoyed and enraptured the wise men. The star led them to the house where Jesus lay; and as soon as the wise men arrived, they saw Him with His mother Mary, and they bowed down and worshiped Him. They unpacked their satchels and gave Jesus gifts of gold, frankincense, and myrrh.

And then, just as Joseph did a few months before, the wise men had a dream warning them not to go back to Herod. The wise men heeded the dream. Ignoring Herod’s instructions, they returned to their homes in the East by a different route. 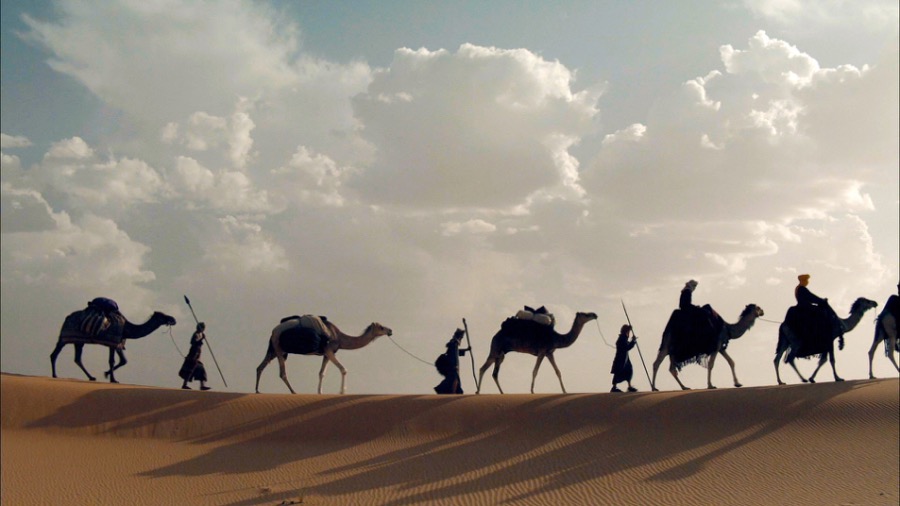 After the wise men left, a messenger of the Lord appeared to Joseph in a dream.

Messenger of the Lord (to Joseph):

Get up, take the child and His mother, and head to Egypt. Stay there until I tell you it is safe to leave. For Herod understands that Jesus threatens him and all he stands for. He is planning to search for the child and kill Him. But you will be safe in Egypt.

So Joseph got up in the middle of the night; he bundled up Mary and Jesus, and they left for Egypt (Matthew 2:1-14).

Special thanks for the use of the Jesus images from Free Bible Images and the The Lumo Project used to accompany the biblical text.

© By the translation cited as the scripture used in the post today.

"The Story of Our Savior's Birth" by Scripture is licensed under a Creative Commons License. Heartlight encourages you to share this material with others in church bulletins, personal emails, and other non-commercial uses. Please see our Usage Guidelines for more information.

Occasionally, Heartlight.org likes to share the scriptures without comment to help our readers hear the story of Jesus afresh.