What, even in bad times make God look good! 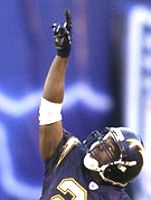 We think you ought to know, dear brothers and sisters, about the trouble we went through in the province of Asia. We were crushed and overwhelmed beyond our ability to endure, and we thought we would never live through it. In fact, we expected to die. But as a result, we stopped relying on ourselves and learned to rely only on God, who raises the dead. And he did rescue us from mortal danger, and he will rescue us again. We have placed our confidence in him, and he will continue to rescue us (2 Corinthians 1:8-10 NLT).

We have a choice.

About this time of year in 1988, a doctor, who called himself a "Definitive Diagnostician," stood over my bed explaining the exploratory surgery scheduled for the next day. I had been in that drab hospital bed for 15 days and they were no closer to knowing what was wrong with me than they were when I arrived. I needed House. I got, "Mr Rose, we are going to take slices off your liver till we find out what's wrong."

Before he left the room, he added, "I need to tell you that you have a 50% chance the problem is cancer. If it is, we'll have another talk."

He turned and walked out the door. He said CANCER! Lyn and I were stunned. We hugged in silence and she headed home. I cried. I argued. I prayed. I listened to praise songs for hours and then just before midnight, I surrendered.

And in a gentle quiet voice, God said, "You're going to be fine."

They found a pesky anaerobic bacteria and removed it along with all its cousins.

Faith changes our choices, regardless.

I may not agree, or like it, or understand it, but my God stands by me because he wants to be there — not because I'm strong or good or confident — because He cares. And, "Yes," He still speaks.

Faith isn't about my wishes coming true, nor is it about understanding why something happens. Faith is about finding God in the moment and accepting his presence regardless. Faith chooses to see a bigger picture, not just God's presence, but my place in the next chapters of His Book of Life.

On June 20, 1985, Jack Carter, his son Dave, and his grandsons, Dustin and Caleb, set out for a much-anticipated wilderness camping trip in Yellowstone National Park. On their journey across the lake to their staging site, a freak storm came up and within minutes they were capsized and tossed into the frigid 35 degree water. They were only 75 yards from the shore, but regardless of how hard they tried the wind and water seem to push them further and further from land.

Jack and little Dustin ended up together, clinging to a floating seat cushion; but Dave and Caleb were lost.

Search your past for forgotten moments for the times when God put His fingerprints on you!
The water was just too cold. Soon Dustin's words were slurred and less frequent. Jack kept urging Dustin to keep talking, but in the end, it was too much for him.

"I tried," Jack said, "to keep Dustin's face out of the water. I thought I might be able to revive him once we reached the shore, but I couldn't grip him tight enough. We were only a few yards from the shore when he slipped out of my frozen hands and into eternity."

After more than three hours of fighting to stay alive, a wave finally drove Jack against an old tree and he was able to gradually make his way out of the water. He found a make-do shelter between two fallen trees and fell asleep.

Early the next morning he made his way to a ranger station and within hours he was transported to Yellowstone Hospital. "I watched, almost indifferently, as the doctors worked to restore my circulation and body temperature." Jack remembered. "They seemed to care a whole lot more than I did. Occasionally one of them remarked about my strength and how it had saved me. I was too weak to tell them how wrong they were. I could only remember that moment when my fingers could no longer grip and I lost my hold on Dustin. I could still see Dustin's face sinking into the water as my strength failed."

The Carter's had been so eager to begin their wilderness adventure, now only Jack remained.

Looking back Jack says, "God gave my son and my grandsons the ultimate adventure; they got to go home to heaven. And, that same God gave me a tragedy to share that will give people hope. If God can help me through this, he can help you through anything." He made a choice.

Faith sees past the pain. Faith demonstrates God's presence, His story, in the toughest times, regardless.

Search your past for forgotten moments, tragedies, those difficult times when God changed your heart, opened your eyes, gave you comfort, and put His fingerprints on your life.

Find someone who will listen and tell your chapter in the never-ending story of the God who is always there.

Make the choice. Live to make God look good, regardless!

"Making God Look Good, Regardless" by Ron Rose is licensed under a Creative Commons License. Heartlight encourages you to share this material with others in church bulletins, personal emails, and other non-commercial uses. Please see our Usage Guidelines for more information.

ToGather: A Party for Jesus with Sinners? (May 31, 2020)
Let's awaken our hearts to the greatness of God, the assured hope we have in our future with Jesus, and our mission to take Jesus' grace to the world.

This Is Our Story, Too! (SOR 4.0)
The more most of us examine our past, the more we realize that our family tree is full of interesting stories that have shaped our identity.

Forgiveness and Power
Can I actually be better?